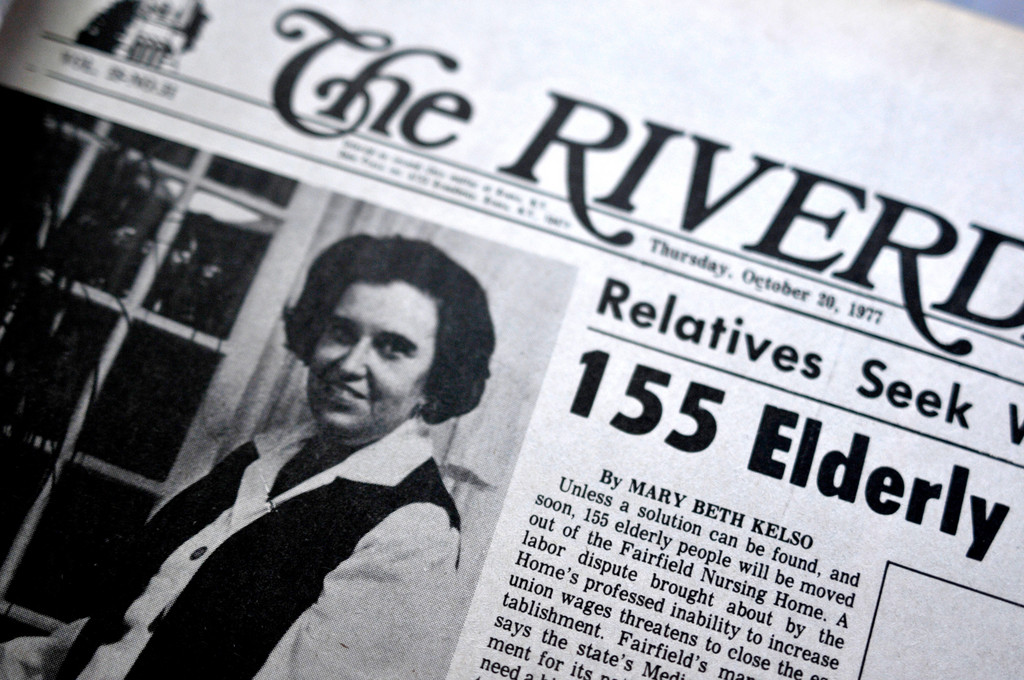 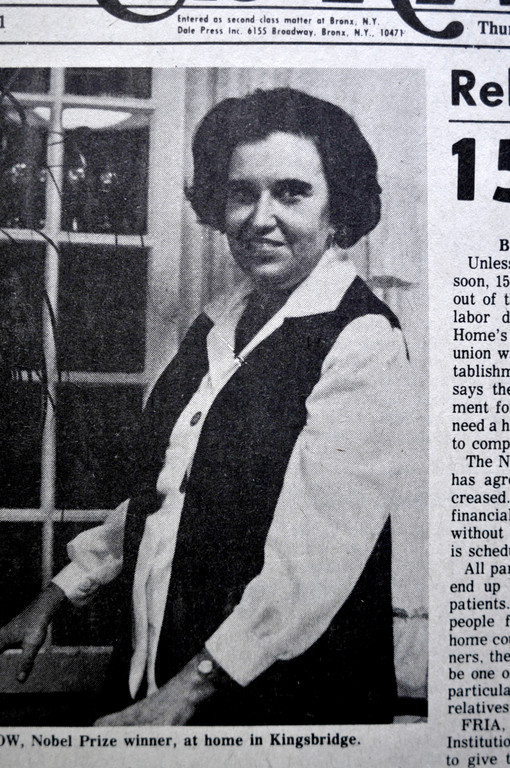 In the world of science, Dr. Rosalyn Sussman Yalow was a giant who won the Nobel Prize for medicine in 1977. She wasn’t reticent about using her notoriety to speak out about equal rights for women. But at home in Kingsbridge, where she lived for more than 60 years, the diminutive physicist, who died on May 30 at the age of 89, was a loving wife and mother who was active in her synagogue and outgoing to her neighbors.

Dr. Yalow’s achievement was rare. She was just the second woman to win a Nobel Prize in medicine or physiology, and she was not an MD.

She began her career in science by teaching physics at the University of Illinois, where she was the only woman on the 400-person faculty. It was there that she met her husband, Aaron Yalow. The two bought a house in Kingsbridge and Dr. Yalow began teaching at then-all-women’s Hunter College, her alma mater.

In 1947, she joined a laboratory at the Bronx Veterans Administration Hospital, where she labored “with nothing more than a janitor’s closet and a small grant” to develop the hospital’s radioisotope service, according to her official Nobel Prize autobiography.

In the 1950s, Dr. Yalow pioneered the development radioimmunoassay, a technique for detecting extremely small amounts of hormones in the blood that would eventually earn her the Nobel Prize.

Radioimmunoassay made it possible to screen the blood of donors and babies for diseases. It is also responsible for major advances in diabetes research and helped scientists measure other substances in the body, including drugs, enzymes and viruses.

A 1977 press release from the Karolinska Institute, which awarded the Nobel Prize, said Dr. Yalow, “directed diabetes research into new tracks and gave it a new dimension.”

“This was pioneering work at the highest level. It had an enormous impact. We were witnessing the birth of a new era in endocrinology, one that started with Yalow,” the release continued.

One of the few women in a field that is still dominated by men today, Dr. Yalow encountered many naysayers and obstacles in her day.