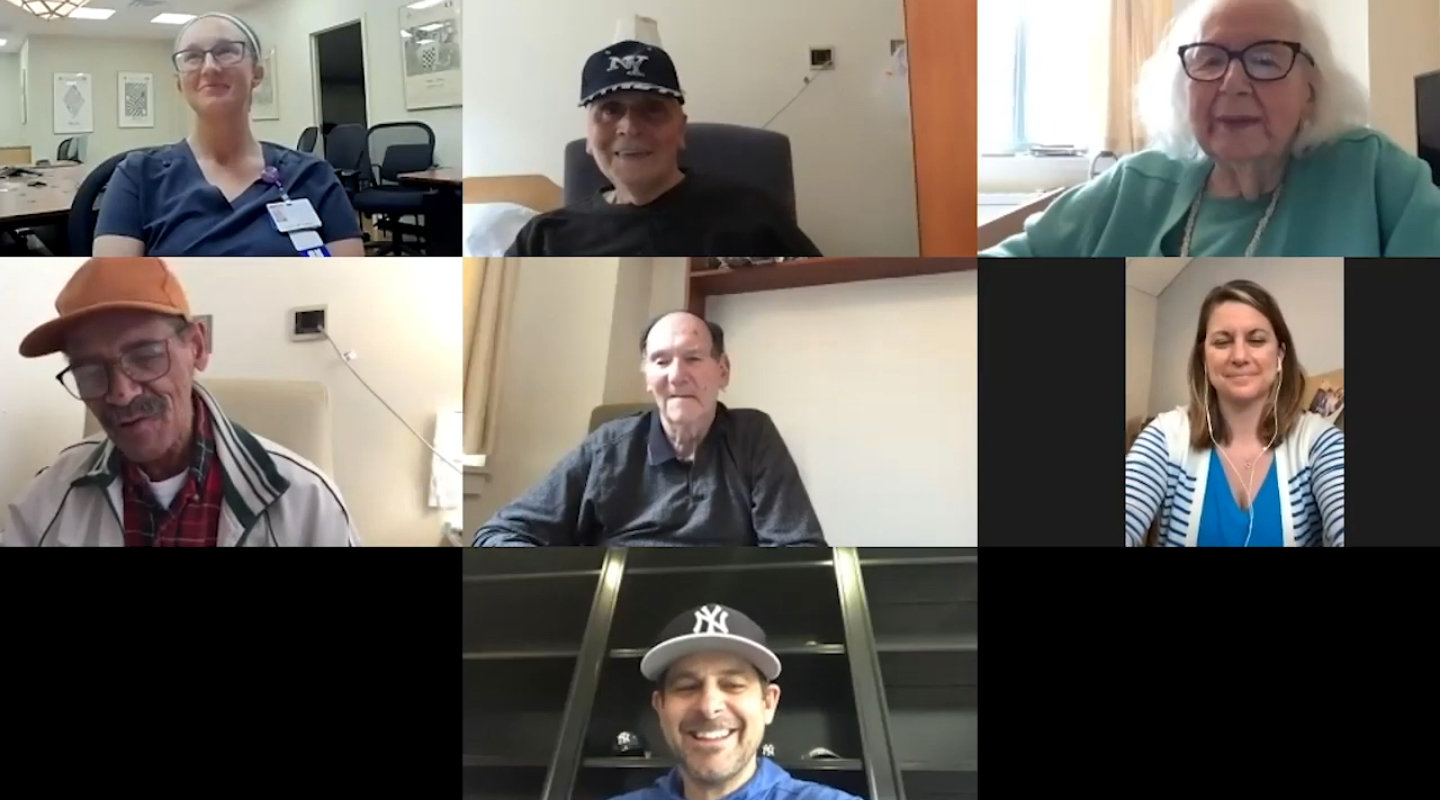 New York Yankees manager Aaron Boone, bottom, chats it up with some residents and nurses from the Hebrew Home at Riverdale in a Zoom videoconference call. Will the Yankees play again this season? Boone says that's a big yes.
Support Local Journalism

Since taking over the New York Yankees in 2018, manager Aaron Boone has had to field a lot of tough and intelligent questions about what his baseball team has done, what they will do, and how he'd get them there. But Boone never had to face a gaggle coming from the Hebrew Home at Riverdale.

Boone joined some residents and employees of the Palisade Avenue facility on a Zoom videoconference call recently, and there were no softball questions here. But certainly a lot of excitement — like from one resident named Yvette, who says she doesn't watch anything in the afternoon or evening that isn't the Bronx Bombers.

"You are one great manager," Yvette told Boone. "I'm so happy you finally signed an ace."

Yvette, of course, was referring to Gerrit Cole, the right-hander the Yankees nabbed from the Houston Astros last December on a contract said to be worth $324 million.

Yvette might be glued to watching every Yankees game, but another resident — Kelley — told Boone he actually played in the minor leagues back in the late 1950s.

"What position did you play?" Boone asked.

"I played third," Kelley said. "You find out as you grow up that there are a lot of good players. I still thought that I was one of the best. Right up until now."

Boone himself was a third baseman in his playing days, primarily with the Cincinnati Reds, before bouncing around the league a bit, finishing his career with the Houston Astros in 2009. He maintained a .263 average in his career, according to Major League Baseball, with 126 home runs and 555 RBIs.

Kelley didn't share his stats from the 1950s to compare, but he did have a follow-up question for the Yankees skipper: "Do you really think there's a chance that some part of the season will be played this year?"

"I do. I do," Boone said. "There are a lot of things to work out, healthwise and making sure it's safe. I do believe we'll be playing baseball in some way, shape of form."

Check out highlights from the Zoom call by clicking here.