Year after closing, public schools reopen for all 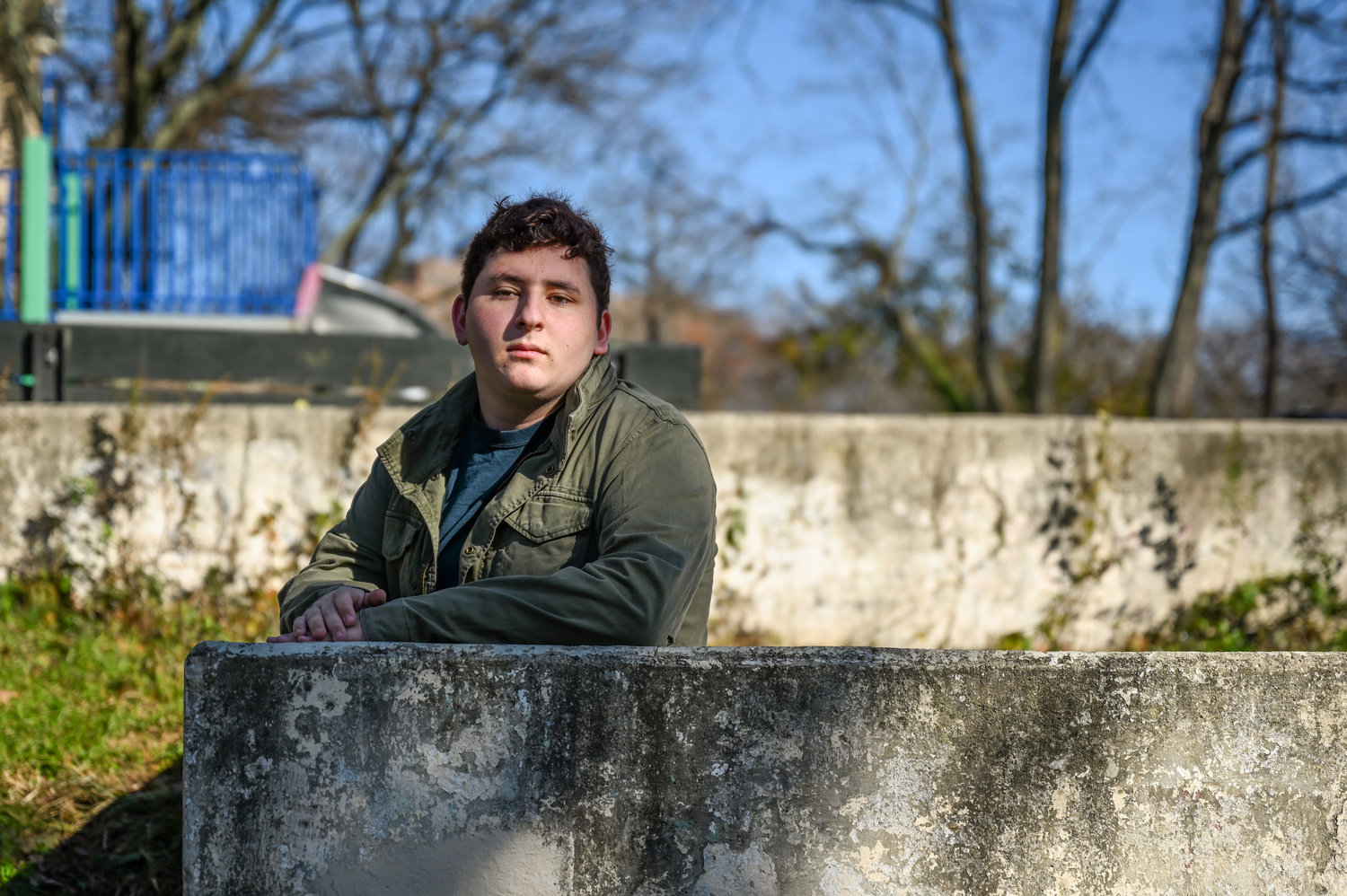 Raphy Jacobson’s senior year at the High School of American Studies isn’t shaping up the way he expected thanks to the coronavirus pandemic. He and his classmates will return to the building next week. But at this point, Jacobson has his sights set on college.
HIRAM ALEJANDRO DURÁN/ File 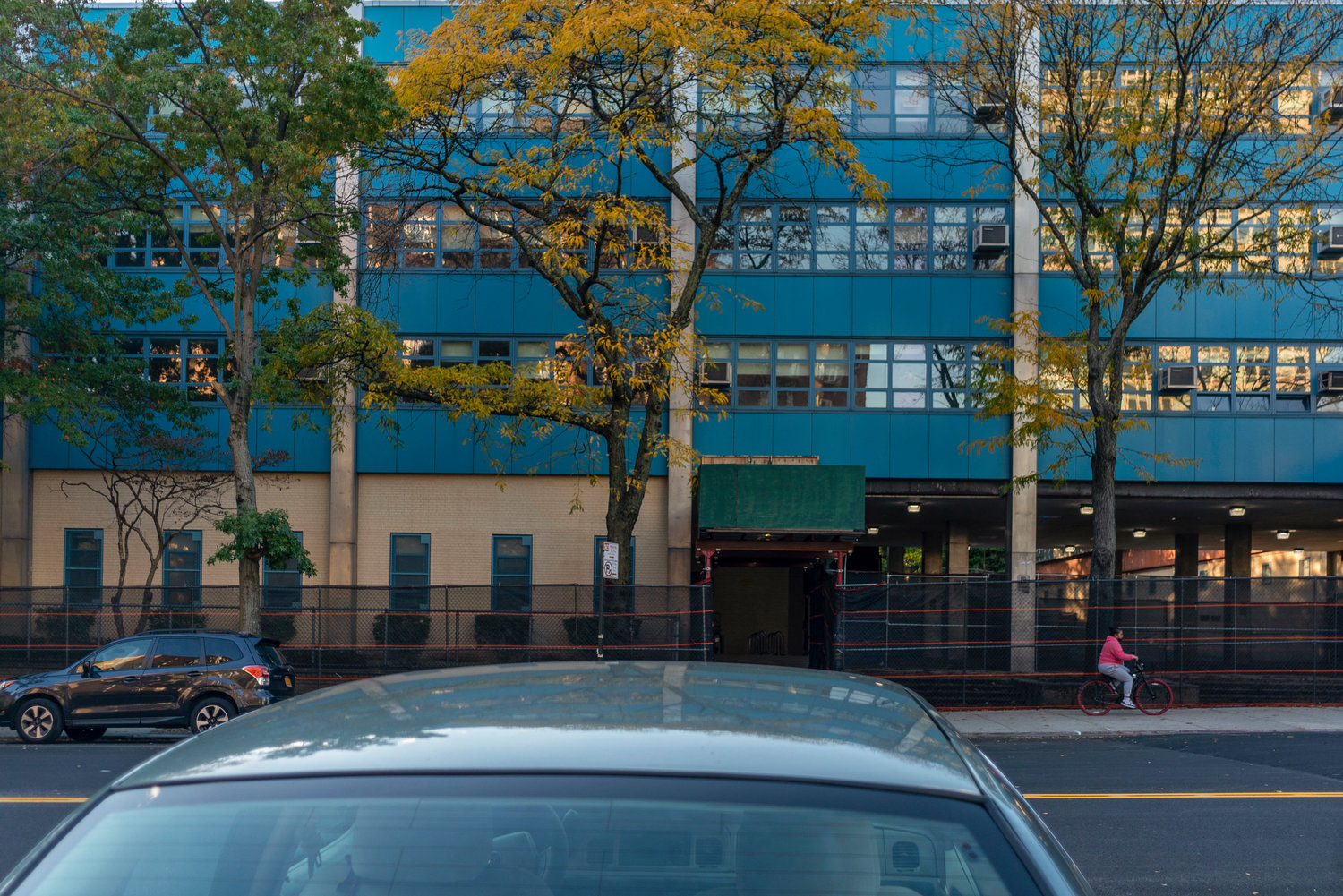 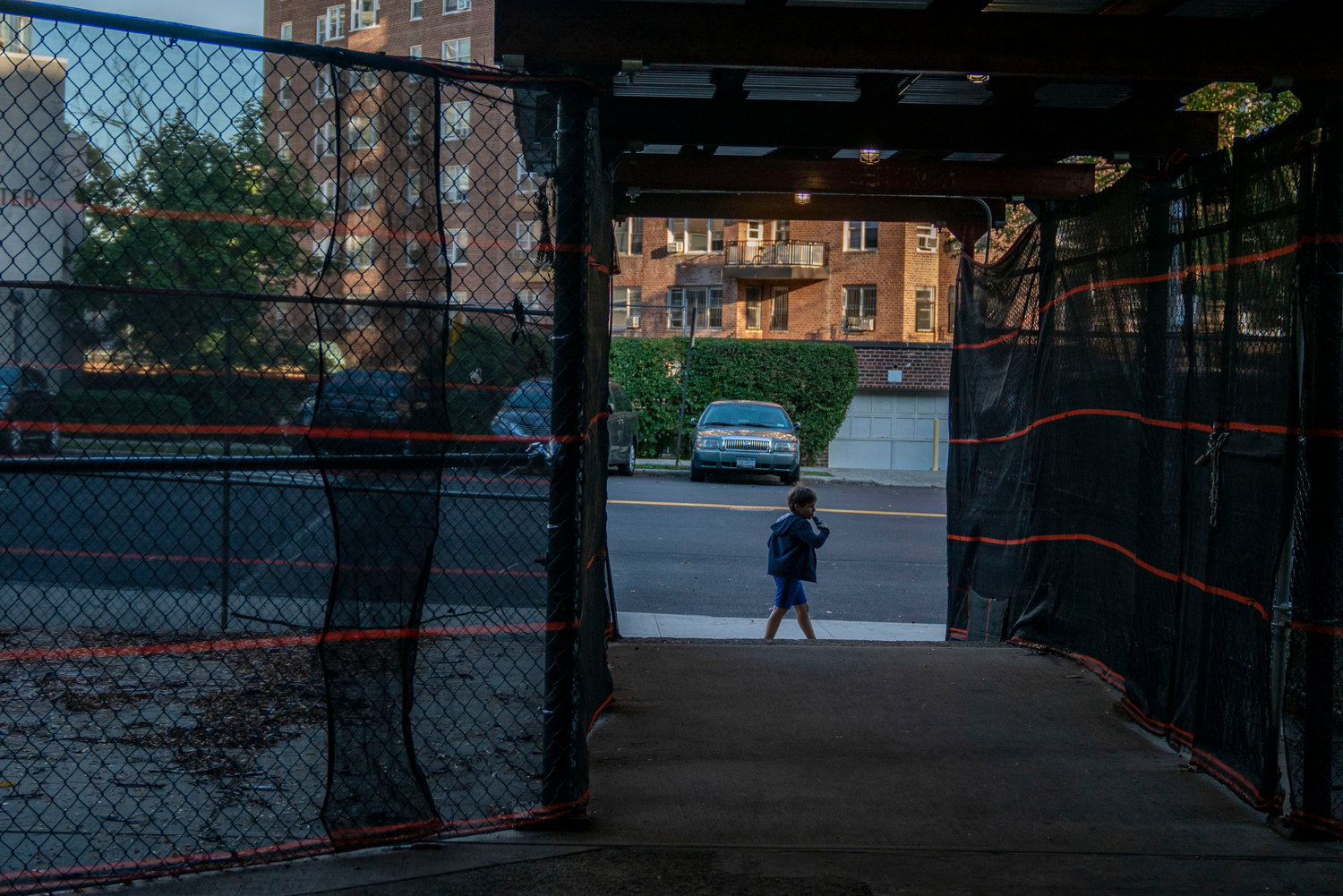 Back when middle and high schools reopened last fall, there was a certain amount of fear and uncertainty lingering in the air as coronavirus cases were on the rise again citywide. But thanks to vaccination efforts among teachers, there seems to be less fear this time around as high schools look to reopen next week.
HIRAM ALEJANDRO DURÁN/ File 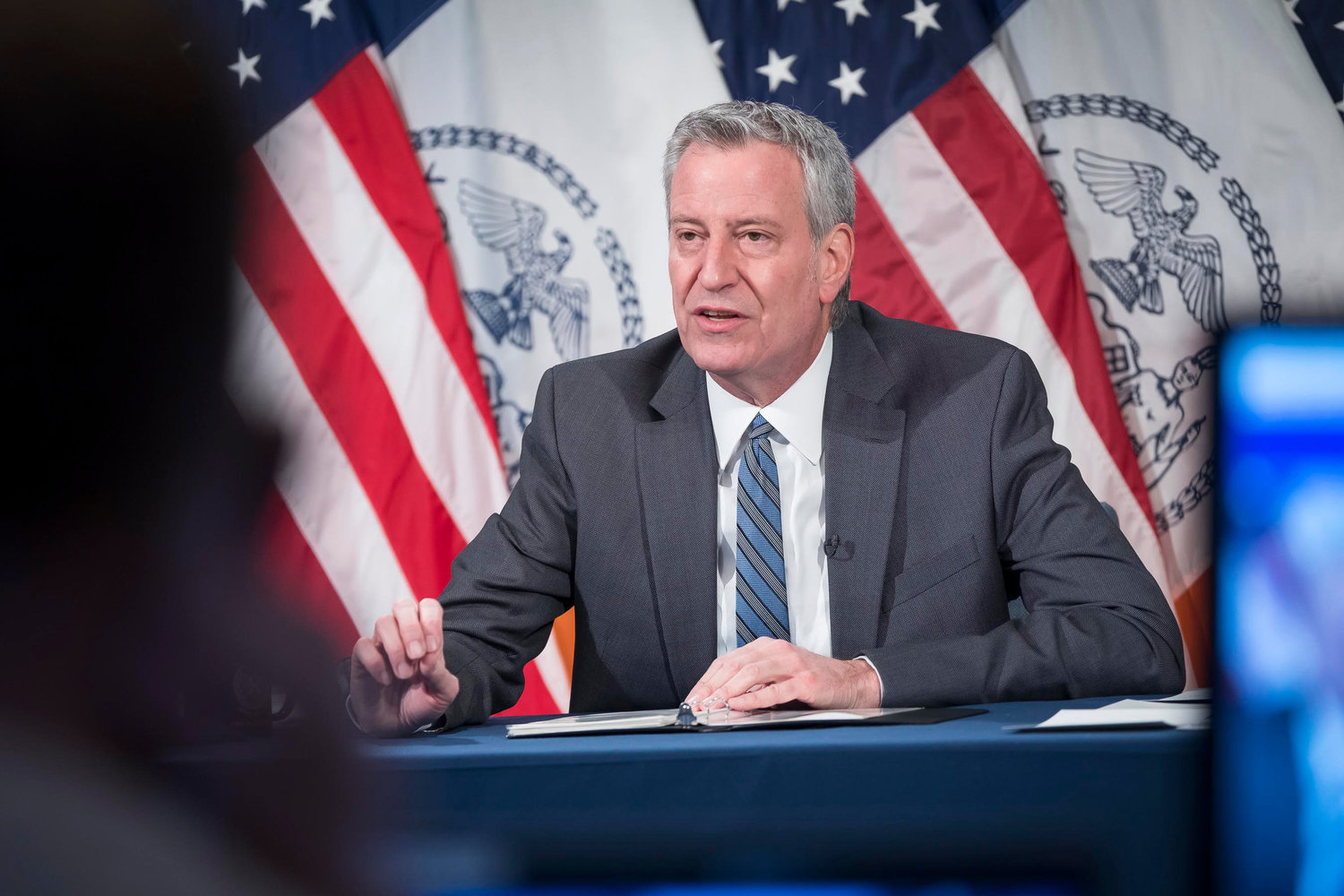 Mayor Bill deBlasio announced high school buildings would reopen March 22. This marks the first time all buildings will be allowed to have in-person classes since a system wide closure in November.
Courtesy of the NYC Mayor's Office 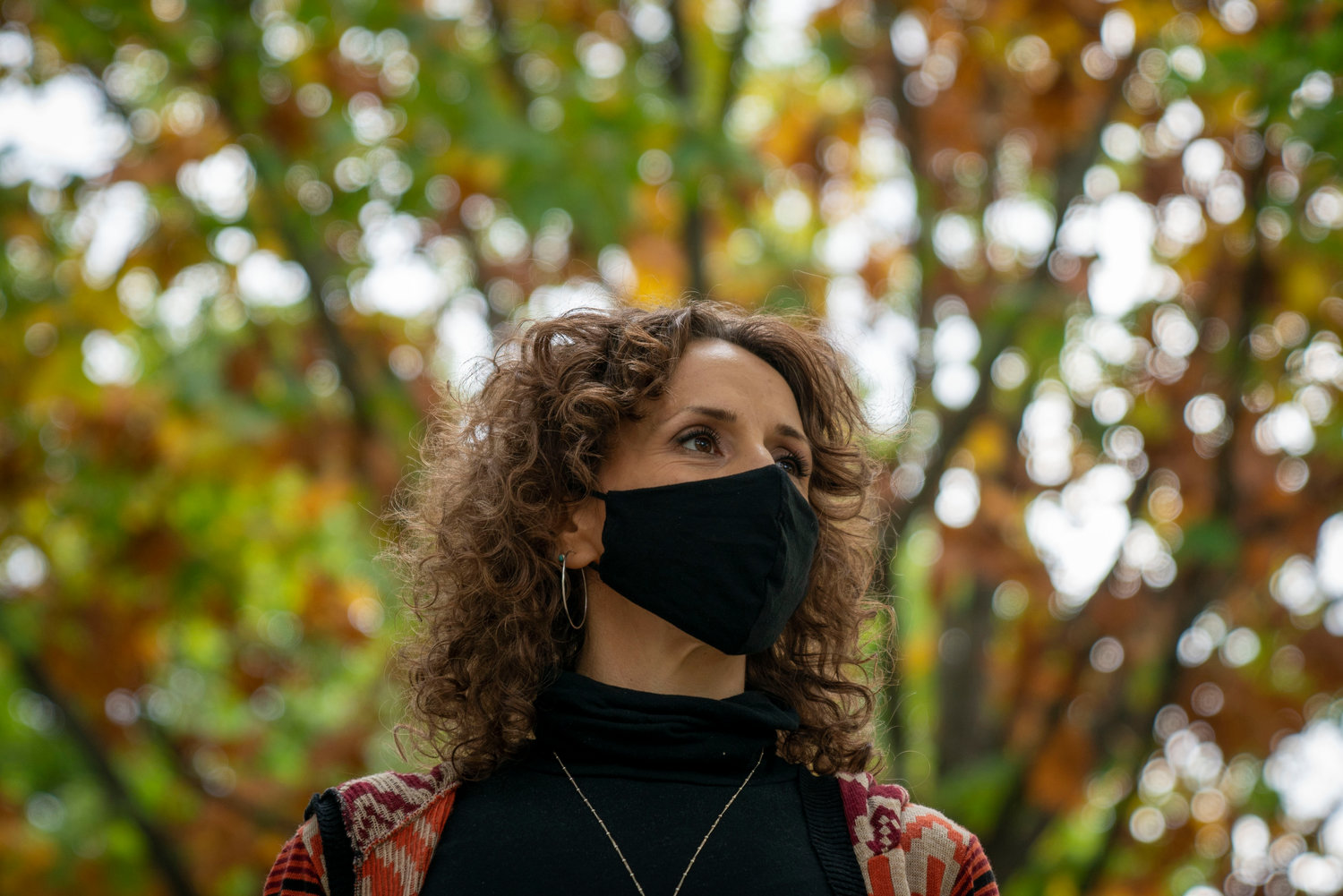 Christine Vaccaro is excited to return to the school building to teach English for the first time since November. Although her school — Riverdale/Kingsbridge Academy — reopened last month for middle grades, high school students and teachers will be allowed to attend in-person classes March 22.
HIRAM ALEJANDRO DURÁN/ File
Previous Next

‘I’m just really excited that I’ll be getting my student MetroCard back. That’s the big deal for me.’”
Raphy Jacobson
By ROSE BRENNAN

It’s a gruesome anniversary. One year ago, New York City was overcome by the coronavirus pandemic. And the public school system — once infamous for never closing — was no exception as 1.1 million students took their lessons home and abandoned physical campuses.

For the better part of a year, remote learning was the way. While students did return to campus for a short time in October, bringing students together and fighting the coronavirus were just two things that couldn’t come together.

But there’s a beacon of hope. High school students return to their physical classrooms on Monday — the last group to do so — marking the beginning, once again, of nearly fully opened campuses part of the week. Teachers are already back in school now, ensuring all preparations for their students’ return are fulfilled and everything else is squared away.

High school students last stepped on campus before Thanksgiving. Preschools, elementary schools and specialized District 75 schools reopened in December, and middle schools followed suit only last month. But older students — who didn’t require parents to stay home with them — were held back from returning as long as possible.

That’s because Mayor Bill de Blasio wanted to ensure younger students and those with higher learning needs returned to campuses first. But four months after the entire system locked down a second time, the mayor now thinks it’s safe for this final group of students to move back into the classroom. Together.

“We have all the pieces we need to bring high school back and bring it back strong — and, of course, to bring it back safely,” the mayor said during a recent daily press briefing. “Why do we know this? Because we set the gold standard for the nation, and our rules became the blueprint for the Centers for Disease Control(‘s) … own plan for bringing back schools.”

English teacher Christine Vaccaro says her school, Riverdale/Kingsbridge Academy, was in a bit of a unique position when it came to reopening since RKA teaches both middle and high school grades. When the West 237th Street school reopened in February, it was only for a select student population.

But now high school students are returning. And the enthusiasm is palpable.

“I’m very excited to get back into a classroom,” Vaccaro said. “I know every other teacher I’ve talked to is as well. And that’s where we want to be.”

Some teachers had concerns about the pandemic when campuses first tried to reopen last fall. Those concerns were realized as cases began to rise, ultimately shutting down campuses once again in November. But Vaccaro is a little less concerned about contracting the virus that causes COVID-19 this time around because she’s been vaccinated.

“Many of us have been vaccinated, and we’re going in feeling a certain degree of safety that we didn’t have before,” Vaccaro said. “Obviously, there’s still a concern of new variants, and making sure everyone is safe. My students are not vaccinated, and I want them to be safe. But I know my school has done a really excellent job of setting up protocols. So I think it’s the right time.”

Raphy Jacobson, however, is a little less enthused. The High School of American Studies senior actually adjusted well to remote learning, finding it easier to balance schoolwork with his personal pursuit of spending time behind the scenes on political campaigns.

Still, Jacobson is excited about seeing his friends in-person again. But what he’s most looking forward to actually doesn’t have much to do with the classroom at all.

“I don’t think it’ll be a major change in my schedule,” Jacobson said. “I’m just really excited that I’ll be getting my student MetroCard back. That’s the big deal for me.”

During a year when the entire public school system was rife with uncertainty, some things did remain the same. In Jacobson’s case, it was the “senior slide” — the tendency of seniors to coast through the final months of their high school careers. Jacobson says he’s not necessarily neglecting his studies, but he’s already got his sights set on college: The University of Wisconsin-Madison.

Jacobson hopes that in a few months’ time, he’ll set foot on its physical campus, and it will be a much different world from the hybrid school landscape he’s come to expect.

But for now, Jacobson’s happy he’ll get to see his classmates again before that happens.

“I think we’re all just excited to see each other and to have the social opportunity,” Jacobson said. “I don’t think any of us really miss in-person learning. We’re all just like, ‘OK, let’s move on to college.’ We’re happy that we’ll probably be vaccinated by the time we get to college.”