Your guide to voting on Tuesday’s ballot 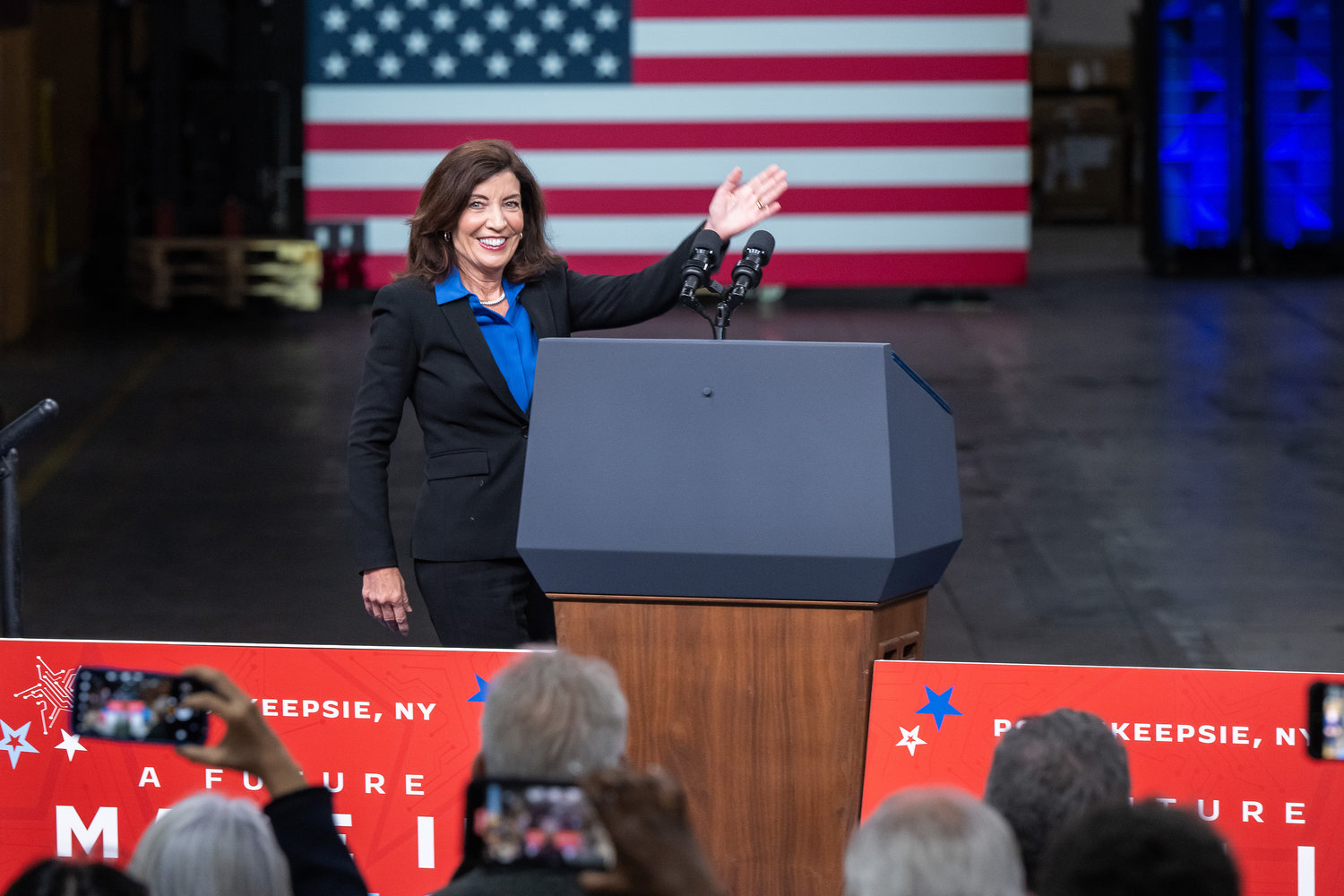 Gov. Kathy Hochul is facing off against Republican Lee Zeldin in the gubernatorial race. Election day is Nov. 8.
Courtesy of Darren McGee
By Sachi McClendon

Election Day is just around the corner on Tuesday, Nov. 8. In the northwest Bronx, voters will make their picks for governor, lieutenant governor, state legislative and congressional races, ballot measures and more.

Here is a brief rundown of the races and the contests.

Gov. Kathy Hochul is fighting against Republican Lee Zeldin to hold onto the governor’s seat. Hochul, the former lieutenant governor, ascended to the seat after former Gov. Andrew Cuomo resigned after a flurry of sexual harassment allegations.

In her time as governor, Hochul oversaw the passage of the new state budget, which included giving $600 million in tax subsidies to the Buffalo Bills to help pay for a new football stadium — a move that generated serious controversy from fellow lawmakers and other government officials.

On the campaign trail, Zeldin has been quick to criticize Hochul when it comes to public safety, and has been blaming rising rates of inflation of the Democratic party at large. And as Election Day draws closer, some polls have shown Hochul’s lead slipping away.

Democrat Thomas DiNapoli is going up against Republican Paul Rodriguez for the statewide position.

Incumbent Chuck Schumer is facing two candidates for U.S. Senate. There is Joe Pinion representing the Republicans and Diane Sara of the LaRouche Party.

Dinowitz beat Jessica Altagracia Woolford in the June Democratic primary, taking home two thirds of the vote. Woolford was endorsed by the Working Families Party and her name will still appear on that ballot line.

Incumbent Robert Jackson is facing off against Republican Donald Skinner in the 31st state senate district. Gustavo Rivera is not facing an opponent in the 33rd.

Beyond just electoral races, there will also be four ballot measures up for a vote.

The first initiative would, if approved, enable the state to issue $4.2 billion in bonds to fund capital projects that would combat the effects of climate change and on-going damage to the environment.

Then a city-wide measure would add a statement of values to the city charter to guide the government toward “a just and equitable city for all.” In a similar vein, a third proposal would mandate that each city agency produce a racial equity plan every two years and establish a new department within the administration — the Office of Racial Equity.

The final vote is on whether the government should begin to use a new formula for calculating the true cost of living in the city.

There will also be various judgeships on the ballot depending on where you live.