Banding together to pass the purple hat 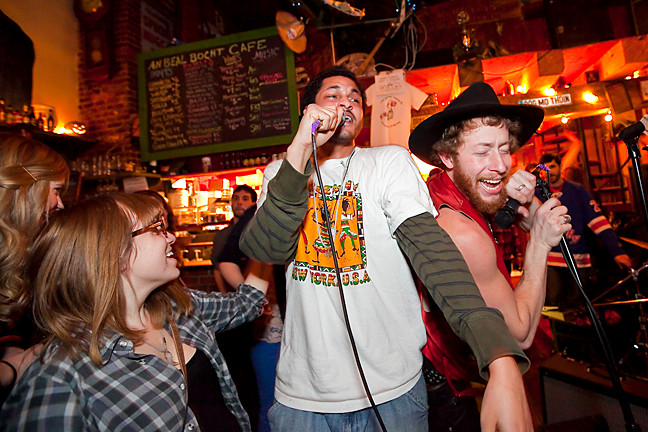 Elizabeth Carmella Ruffino gets down to the sounds of The Amazing Octopus Septet as Max Arno jumps into the action during Saturday’s all-day Purple Hat Foundation fundraiser at An Beal Bocht Café.
Marisol Díaz/The Riverdale Press 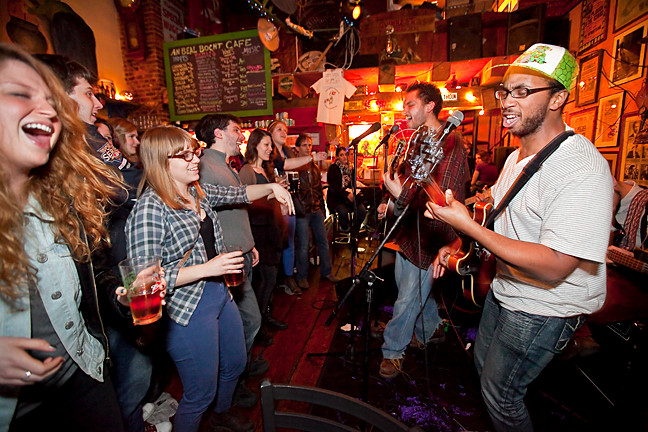 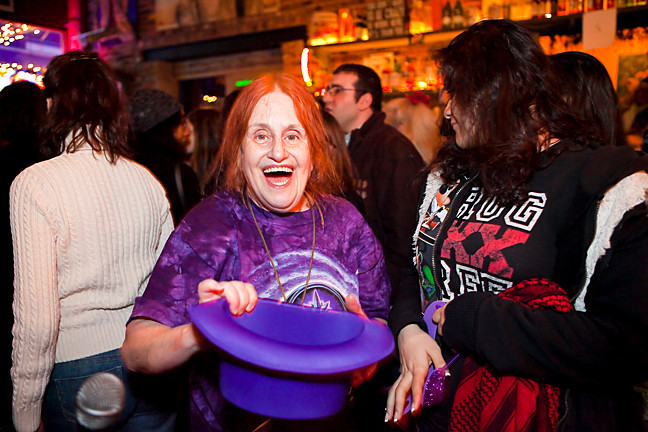 Ilene Richards does her part to help raise money by passing the purple hat around the pub.
Marisol Díaz/The Riverdale Press 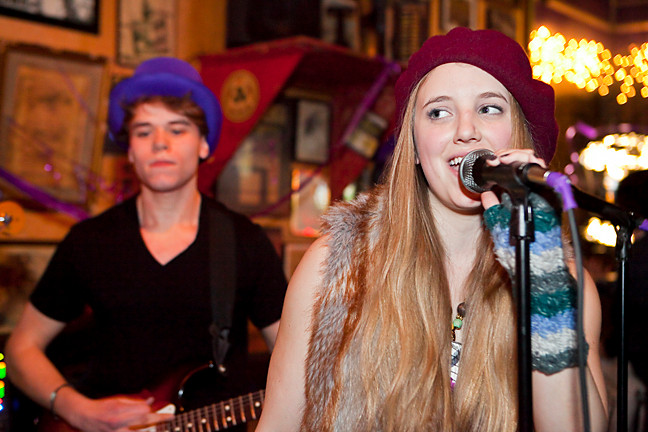 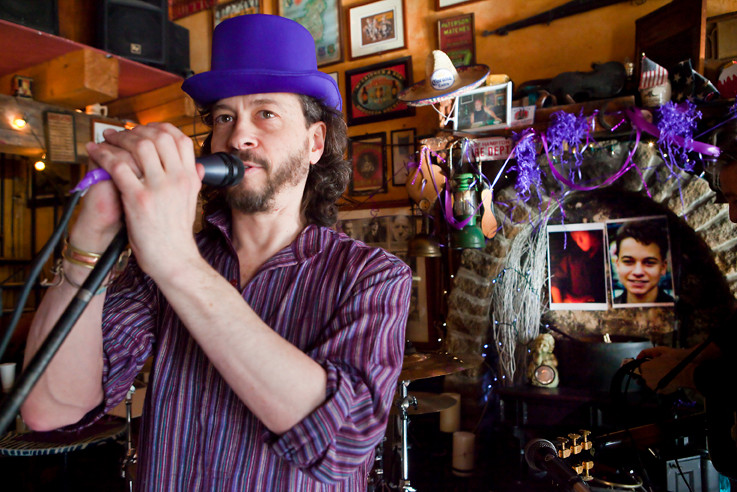 Jeremy Bar-Illan, founder of the Purple Hat Foundation, speaks to the crowd in front of a portrait of his son Zachary Bar-Illan, who died at the age of 17 from Osteosarcoma.
Marisol Díaz/The Riverdale Press 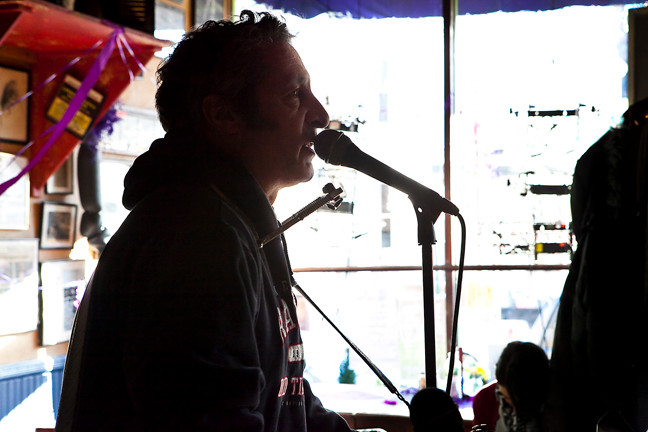 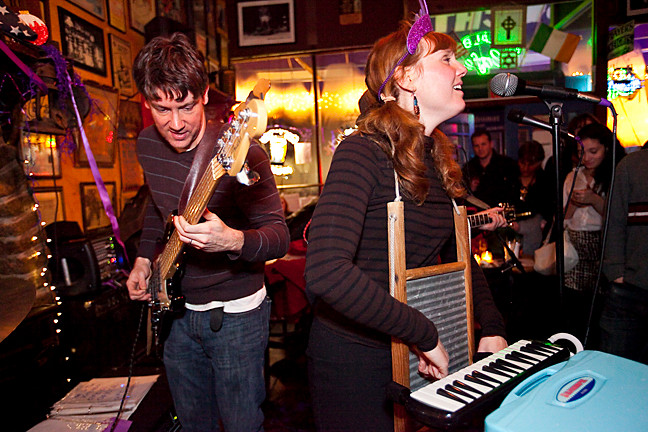 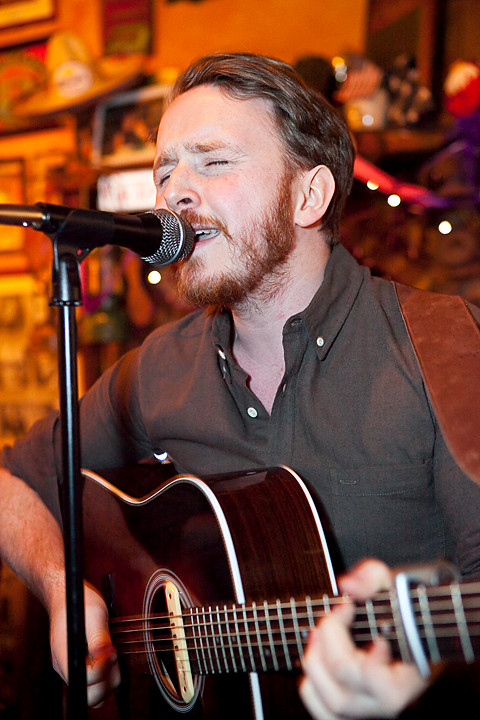 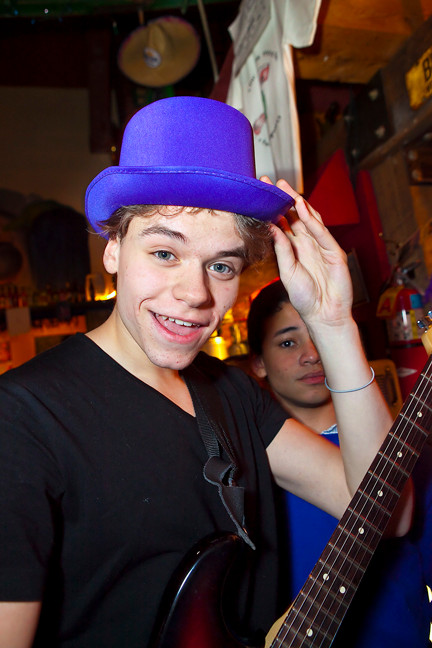 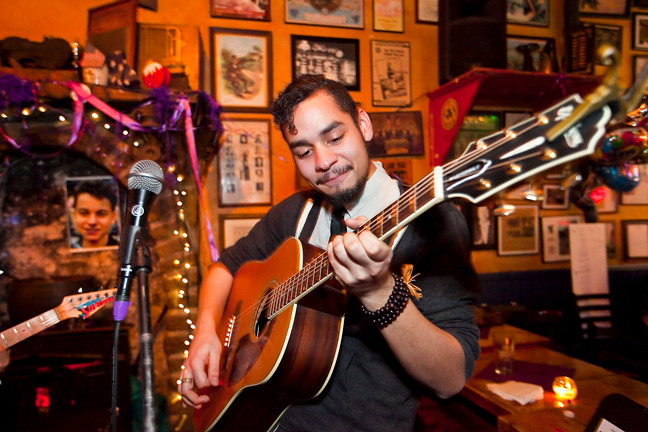 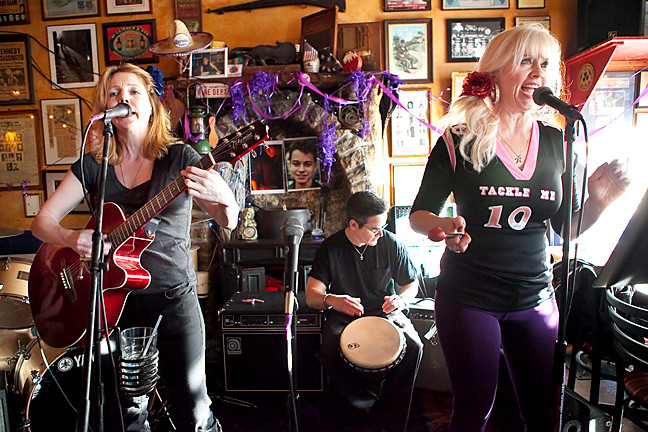 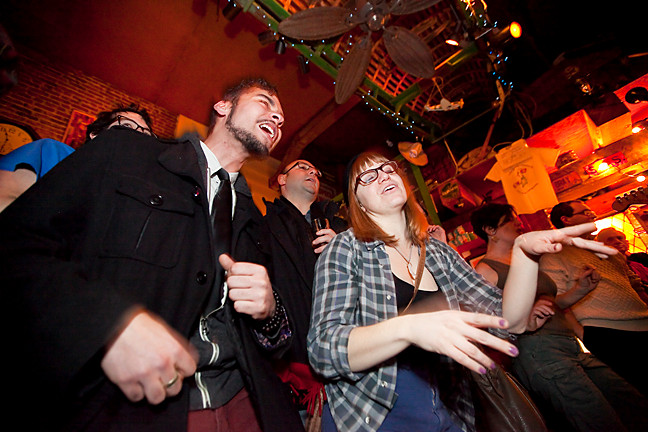 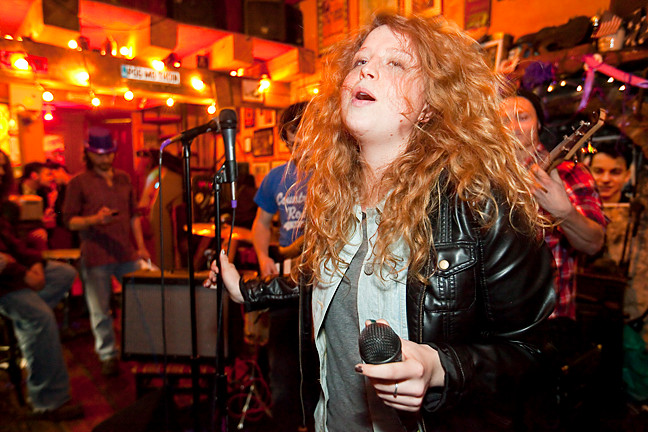 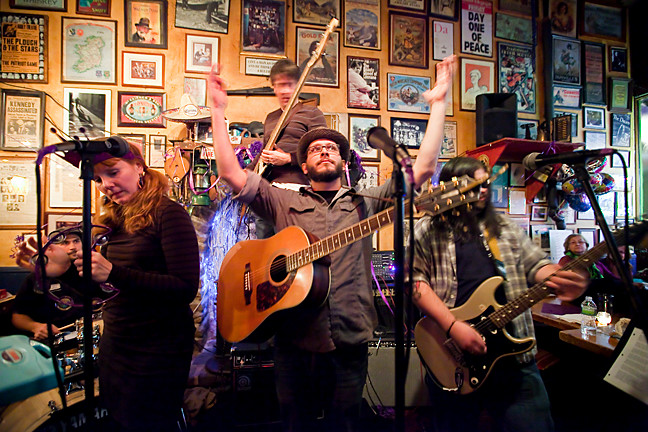 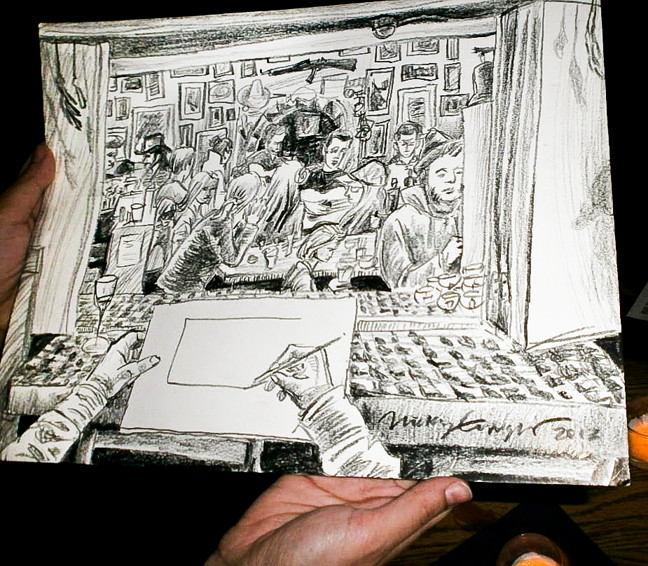 Julian Bar-Illan, 18, nodded his head, bopping a royal purple top hat, as the notes from his guitar echoed through An Beal Bacht Café Saturday.

His father, Jeremy Bar-Illan, watched the solo from beneath an identical cap and began strumming his guitar as Sarah Halliday sang beneath a fuchsia fedora.

After finishing a set that included Janis Joplin’s “Piece of My Heart” and other classic rock covers, Jeremy Bar-Illan re-introduced his band, Jeremy’s Revolution, and thanked the crowd for supporting his Purple Hat Foundation by attending its third annual benefit concert.

In 2009, Mr. Bar-Illan’s son Zachary Aaron Bar-Illan died at age 17 from a rare type of bone cancer called Osteosarcoma.  The death of his son prompted Mr. Bar-Illan to create an organization to assist families of children battling cancer.

He said he reevaluated his priorities after his son’s death and gave up his job on Wall Street to teach guitar and start the foundation.

He donated the proceeds from the first concert to North-Shore-Long Island Jewish Health System Foundation; the second round helped him cover the costs of incorporating the Purple Hat Foundation; and the $1,600 collected Saturday will go to Musicians On Call.

Musicians On Call sends artists into hospitals across the country to serenade patients.

Over the past year, Mr. Bar-Illan has toured hospitals around the city and has given more than 120 bedside concerts, according to the organization’s program director Soo Noh. Musicians On Call presented him with a plaque commemorating the milestone Saturday.

“Obviously it’s a tremendous cause, but also, working with them, volunteering with them, has been such a healing experience for me,” said Mr. Bar-Illan. “It’s been a big part of my ability to move forward.”