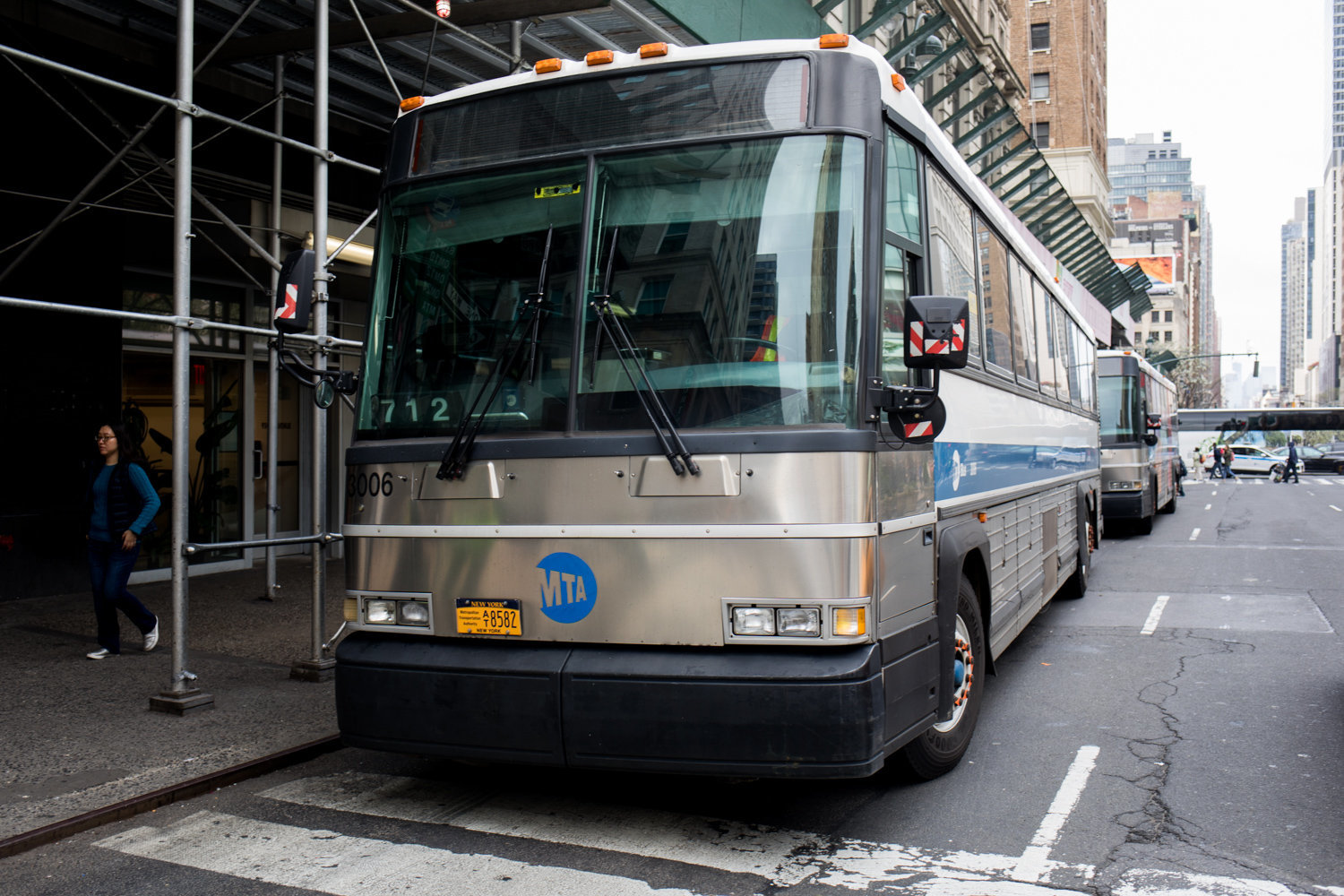 Ruth Mullen, a Johnson Avenue-based writer and politico, was killed Tuesday after a turning express bus struck her while crossing the street. She was 68.
JULIUS CONSTANTINE MOTAL / File
By MICHAEL HINMAN

Friends and family are waking up Wednesday morning to discover one of the community's more prolific voices has been lost.

Ruth Mullen, a longtime writer and copyeditor who lived at 2500 Johnson Ave., was killed Tuesday evening after a turning BxM1 express bus hit her while she tried to cross the street.

The Manhattan-bound bus was traveling south on Kappock Street before making its usual left onto Johnson Avenue, according to police. Mullen was crossing the street at the same time, although authorities were unsure which direction she was heading.

Rescue workers were unable to reach Mullen in time. She was pronounced dead at the scene.

"Our condolences and deepest sympathy go out to the family of the woman who did not survive an incident involving a bus in the Riverdale section of the Bronx," Craig Cipriano, interim president of New York City Transit, told news outlets in a statement overnight. "It's heartbreaking. We won't rest until the facts and cause are determined, and we are fully cooperating with the NYPD investigation."

Kappock and Johnson  meet on a dangerous, hilly curve at the edge of Spuyten Duyvil, and is traversed by a number of buses — not just express transit like the BxM18, BxM1 and the BxM2, but also local buses like the Bx10, and during rush periods, the Bx20.

Many in the neighborhood have called for some sort of traffic light system where the two roads meet. Instead, it's a three-way stop.

Mullen spent more than 30 years as a writer, according to an online professional profile, who focused on memoirs, non-fiction and "anything related to the social sciences."

She also was a member of the Riverdale Huddle, a group of politically minded women who regularly write letters to the editor of The Riverdale Press. Mullen was one of several Huddle members who signed onto a recent submission authored by Elizabeth Cooke Levy decrying machine politics in the Bronx.

Mullen earned her master's degree in history from Columbia University.

No charges have been filed in the accident, but the 50th Precinct's collision investigation squad is still piecing together what happened.