Wild animal has killed at least one dog, and raided many garbage cans nearby 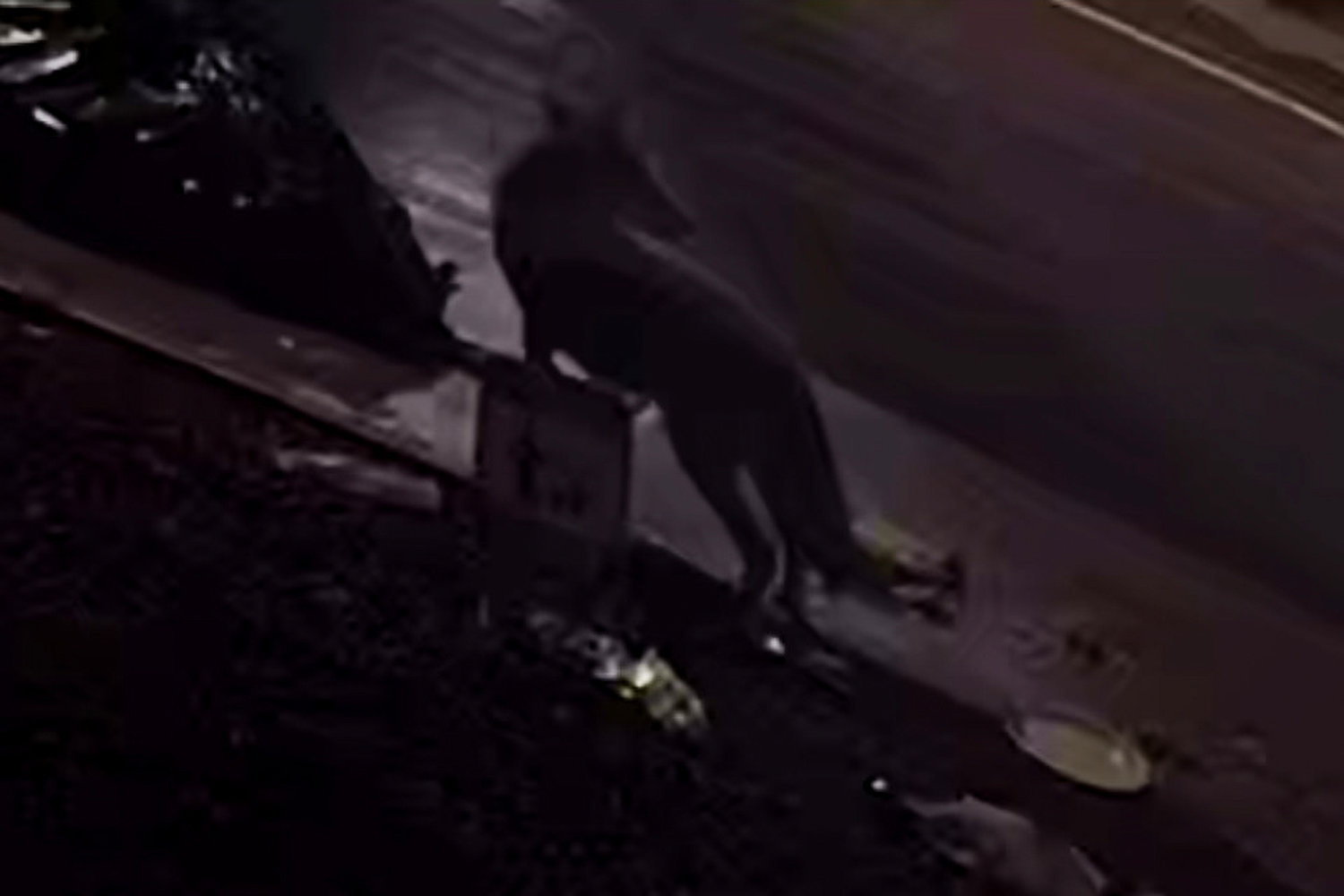 A coyote was caught on security camera eating food from trash laid out from building near Henry Hudson Park. That prompted one resident of the building to take action.
Courtesy of Isobel Dizengoff 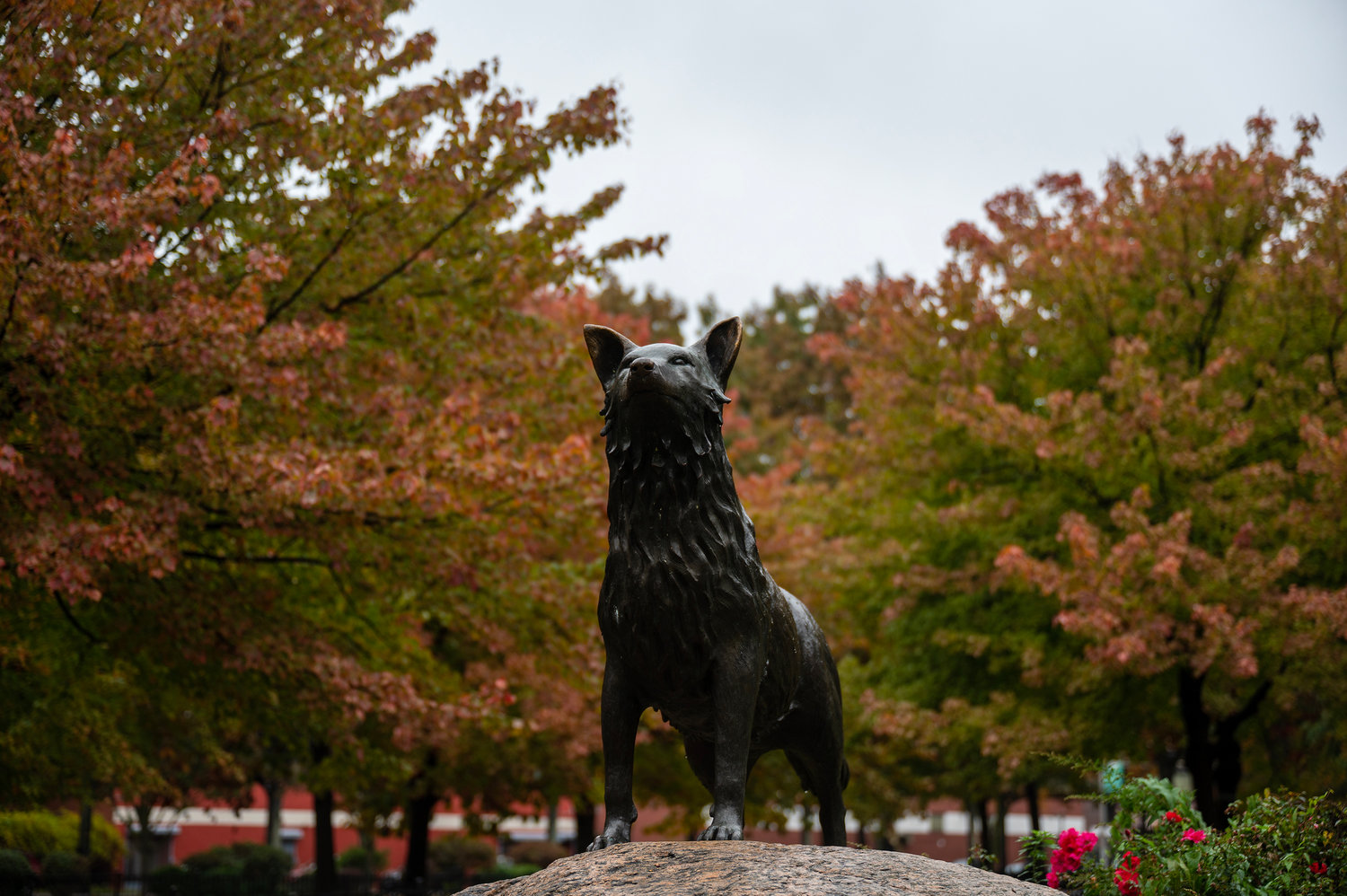 Rachel Mesch was observing the Jewish holiday Sukkot on the evening of Oct. 14 on her front porch in Riverdale with family and friends when her small dog, a 12-and-half pound Morkie named Phoebe, dashed towards her neighbor’s yard. Phoebe had just been left off her leash for a moment, and now, uncharacteristically, wasn’t responding to Mesch’s calls.

“We heard these two yelps,” Mesch said. “But then — and this was the eerie part — it was absolute silence. No sound at all.”

Not long after the Sukkot group began searching for Phoebe, Mesch’s daughter and some of her guests both spotted an animal roaming the streets of Riverdale. It was a canine, but it wasn’t Phoebe. What they saw were two coyotes.

“At that point, you know, my husband and I looked at each other and we sort of understood what had happened,” she said.

Mesch got the call the next day from 311: Phoebe had been found dead on Fieldston Road not far from her home. While Mesch never directly laid eyes on the culprits, it’s clear to her that Phoebe was killed by coyotes.

“So many people in the neighborhood feel nervous walking at night,” she said. “You know, I was probably 10 feet away from them not realizing it when I was screaming for her. Maybe 15 feet,” she said.

That attack has sparked concerns about safety from residents in the northwest Bronx while at the same time renewing discussions over the history and presence of the coyote in the city’s only mainland borough.

“Based on the number of habitats available, we think that 20 to 30 coyotes live in the city at any given time. There just only so much space available,” said Dr. Carol Henger, an ecologist who studied the animals for her dissertation.

Coyotes haven’t always called the city home though. In fact, the animal is more native to the Midwest and only began expanding its range about 100 years ago when gray wolves, the coyote’s competitors, were being extirpated.

“The Bronx was the first area that they established themselves in  —  probably in the parks like Van Cortlandt and Pelham Bay Park,” Henger said. “Then they found their way to Riverdale.”

“I’ve seen them on 232nd Street. On Independence (Avenue). I’ve seen them on 231st. I see them run down 232nd. I see them everywhere,” said Bob Zolt, who works out early mornings in the area. “I carry an LED flashlight. And I also have something else that I won’t tell you. It’s not lethal. I’ll just say that you don’t know what you’re going to run into at that hour.”

While Zolt is taking due caution, there are several other ways to try to scare away the animal, according to Henger. “Make yourself big. Wave your arms. Yell at them. Clap at them,” she said. “And definitely don’t run away because, in a lot of predators, that triggers their hunting instinct.”

Also don’t feed them food. “That’s the number one thing: Don’t feed a coyote,” she said. “Because then it’ll get used to humans and they’ll expect food. That’s where you get bites happening.”

That doesn’t mean that the coyotes aren’t eating human-sourced food. One resident who lives right by Henry Hudson Parkway in Spuyten Duyvil found that out recently after noticing her building’s trash was being pilfered.

“One of the bags was pulled back onto the lawn, and I saw a big gaping hole and a lot of garbage all over the streets,” said Isobel Dizengoff. “It turns out it was a coyote. We have surveillance cameras, and it was captured on video.”

In fact, Henger recently released a paper on the diet of urban coyotes, and found that one staple protein in the human diet kept popping up again and again. “Chicken was very common,” she said. “We eat a lot of chicken. I’m sure there’s just a lot of chicken trash laying around that’s easy to get for them.”

Still, Henger’s paper showed that even these city coyotes are only supplementing their diet with human food and are not relying on it outright. “I was surprised by just how many species of food items I found,” she said — listing off animals including rabbits, raccoons, groundhogs, squirrels, possum and then several different bird species.

Nevertheless, the presence of the predator in the city doesn’t sit well with some residents.

“It’s concerning. I think there has to be more involvement by authorities,” said Dizengoff, whose trash was raided by coyotes. She said she contacted 311, Councilman Eric Dinowitz’ office and the state’s department of environmental conservation to see what could be done about the coyote, but hasn’t gotten any answers.

However, Henger says that the coyotes are here to stay and even if there were a concerted effort to get rid of the predator, the animal is quite resilient. “If there are a lot of coyotes in the area, the litter size is small. But if there’s say a lot of hunting — and their numbers are low — they have larger litters. They have a way to just keep rebounding,” she said. “So we will have to figure out how to live with them.”