Talking to people can be hard if you stutter, but one man says through education it will be all right 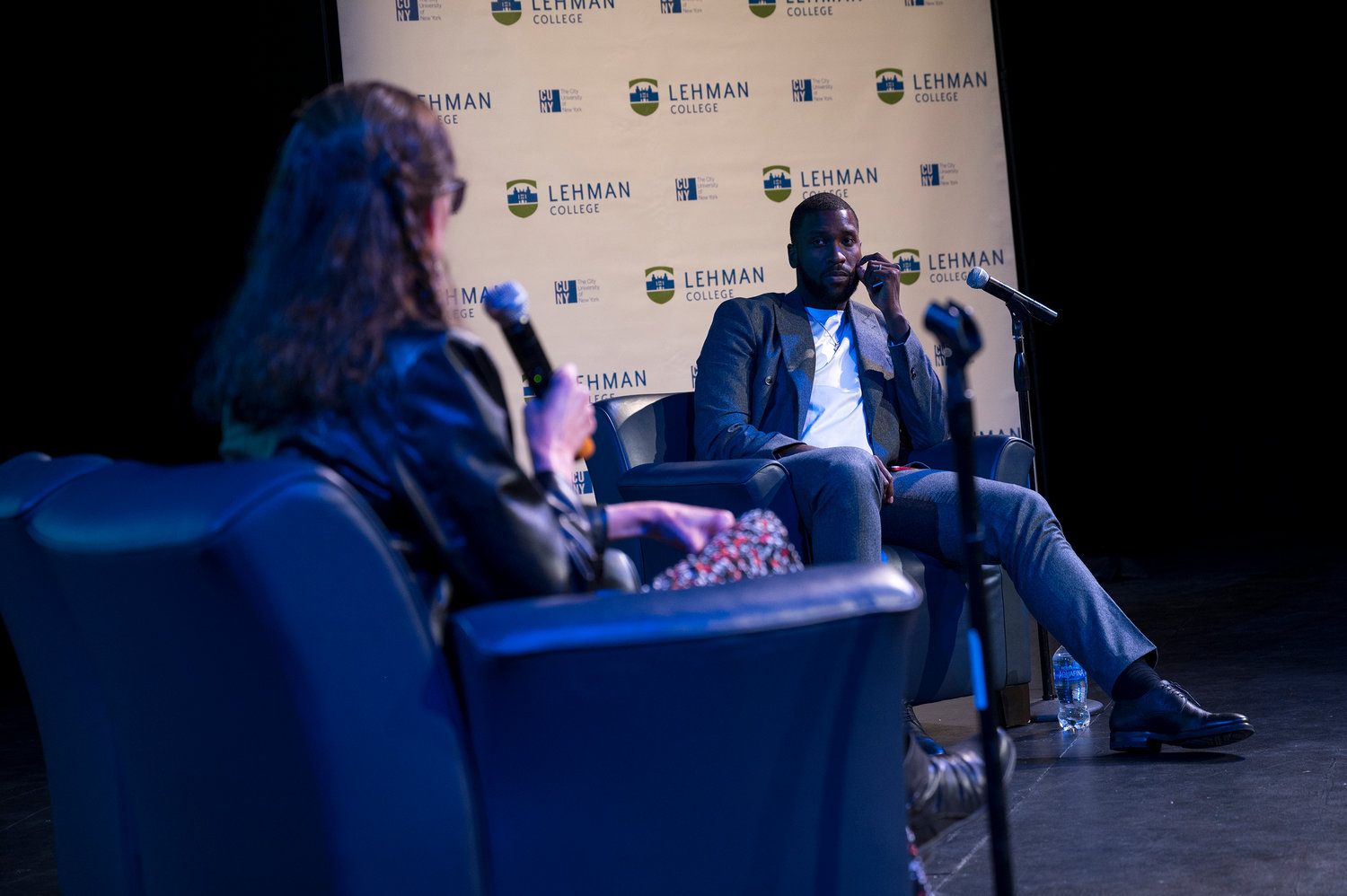 NBA player Michael Kidd-Gilchrist is a person who stutters. Now that he has put basketball in the rearview mirror of his life, he travels to different institutions, mainly speech departments, including hospitals, to advocate for people who stutter through his nonprofit, Change & Impact Initiative.
Hiram Alejandro Durán 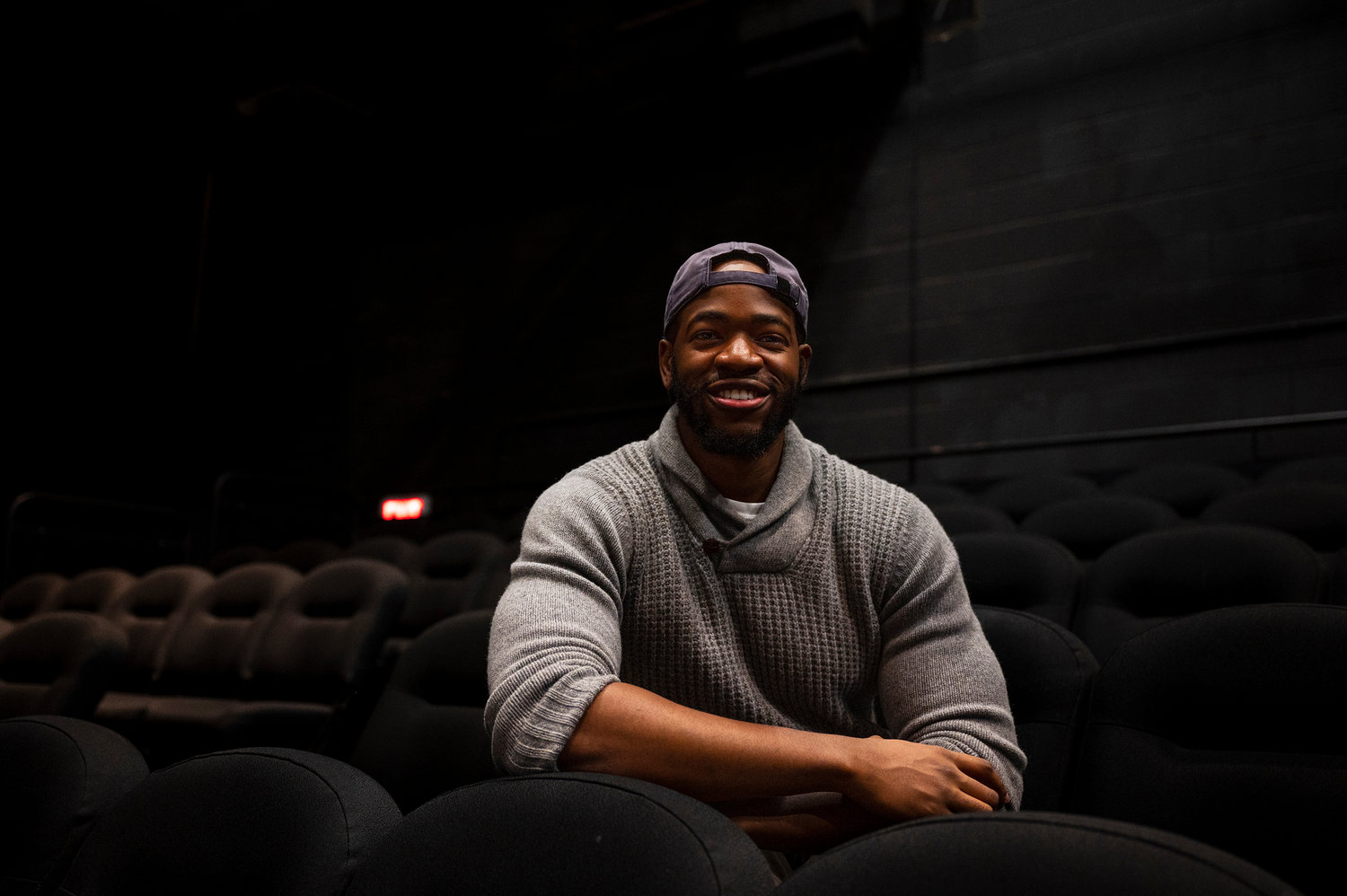 Kenny Imade joined Lehman College’s seminar that revolved around NBA player Michael Kidd-Gilchrist. Imade is inspired by Kidd-Gilchrist because they share something similar that many people might not be able to understand —they stutter.
Hiram Alejandro Durán
Previous Next
Learn more

Michael Kidd-Gilchrist has been on camera speaking publicly since he was on the stage at the NBA draft in 2012. Yet, he hated speaking in general — and on Oct. 3 he led a seminar at Lehman College.

The former Dallas Mavericks and Charlotte Bobcats basketball player not only spoke in front of the public — but specifically to current and future speech language pathologists.

With professional basketball now in the rearview mirror for now, he is now an educator and advocate.

He visits colleges and hospitals to help reach out to and help people who stutter, like him. Kidd-Gilchrist told The Riverdale Press that he has already been to 35 other colleges in the past year.

He regularly appears as a guest speaker on various campuses, mainly the ones that  offer undergraduate programs for speech and pathology, such as Lehman.

“We need ya’ll,” he said to the audience. “Speech and language pathologists have opportunities of a lifetime to help people who stutter.”

Kidd-Gilchrist told The Press, health care is important — especially for those who have a speech impediment.

“I had my first session with my SLP when I was 17,” he said. “I was a freshman in college. I never had these resources as a kid.”

While traveling the country, he uses his own experience with the hope that Congress passes legislation to expand resources for young kids to receive access to a speech therapist. He wants to help find the right treatments.

“I wanted to help those who were like me,” Kidd-Gilchrist said.

In 2021, he founded a nonprofit organization, Change & Impact Initiative, a group that aims to expand services and resources for those who stutter.

“It was hard for me growing up, I had my highs and lows like anyone in this room,” he said. “But whether it was in school or being tall, I was always picked on.”

When he was feeling low, he relied on his speech therapist for support. He built a friendship, rather than a patient-doctor relationship.

According to the department chair of Speech-Language-Hearing Sciences at Lehman College Peggy Conner, most people don’t understand what stuttering is. Mainly people who stutter are often misunderstood.

Kidd-Gilchrist told The Press about the amount of positive feedback he receives from his visits. “Every college, every hospital, teams, elderly, and even the kids,” he added.

Kenny Imade was someone who was inspired by Kidd-Gilchrist, even before the player was drafted by the NBA in 2012 by the Charlotte Bobcats.

Imade’s interest grew on the fact that a public figure had something in common with him.

The fan joined the seminar as a guest, as he is not a student of Lehman. However, he participates in Conner’s monthly virtual workshops for the National Stuttering Association.

The National Stuttering Association is a nonprofit conference that gives an opportunity for stutterers to meet.

It also allows people who are interested in learning about stuttering to join as well.

The basketball player has attended many of those meetings in the past and through his experience he gained friendships and communicated with different types of people.

“There was a married couple who stuttered, and I asked them, ‘where did you meet?’ They said here,” Kidd-Gilchrist said.

Imade has been a Kidd-Gilchrist fan for quite a while.

“It is really cool to like, see him on TV, and now I get to meet him in person,” Imade said. “He gave me a lot of motivation.”

When Imade was growing up he was afraid to talk to people. He was almost ashamed of it.

Before Kidd-Gilchrist’s basketball career he didn’t want to talk to people either, other than his family and friends.

But the pro athlete decided to break out of his shell. During his career, he played basketball to make a difference, he said. “I don’t really want to talk now,” Kidd-Gilchrist said jokingly.

While in high school Kidd-Gilchrist popularity increased because he never thought twice about speaking. As his confidence grew, the more attention he received.

Imade said to The Press  Kidd-Gilchrist wanted to be accepted for the person he was, and through his challenges—he made it.

As the future and current speech pathologists sat in the audience, they learn what to do to help improve speech and confidence.

However, there is something they don’t learn in college.  That is to hear the experience of someone who lived with a speech impediment their entire life.

Kidd-Gilchrist asked the audience if they ever purposely stuttered in real life situations just to experience what a person who stutters goes through in their daily activities.

For educational purposes, students plan on experimenting, as directed by their professor by going into the public and pretend as if they have a speech impediment.

One student in the audience went to a restaurant and attempted to make an order. But the waiter didn’t wait for the future pathologist to finish her sentence because she stuttered, took pauses and pointed to the menu.

“I felt some sort of dread — just have to build up the courage. And that was just temporary. So, I can’t imagine how you feel,” she told Kidd-Gilchrist.

More often than not, we see people coming out saying they struggle with their speech. This is because celebrity figures are expressing it. Not only Kidd-Gilchrist, but President Joe Biden, a stutterer, who influenced children during his 2020 campaign.

“It just shows how times are changing,” Imade said.