Even with empty sanctuaries 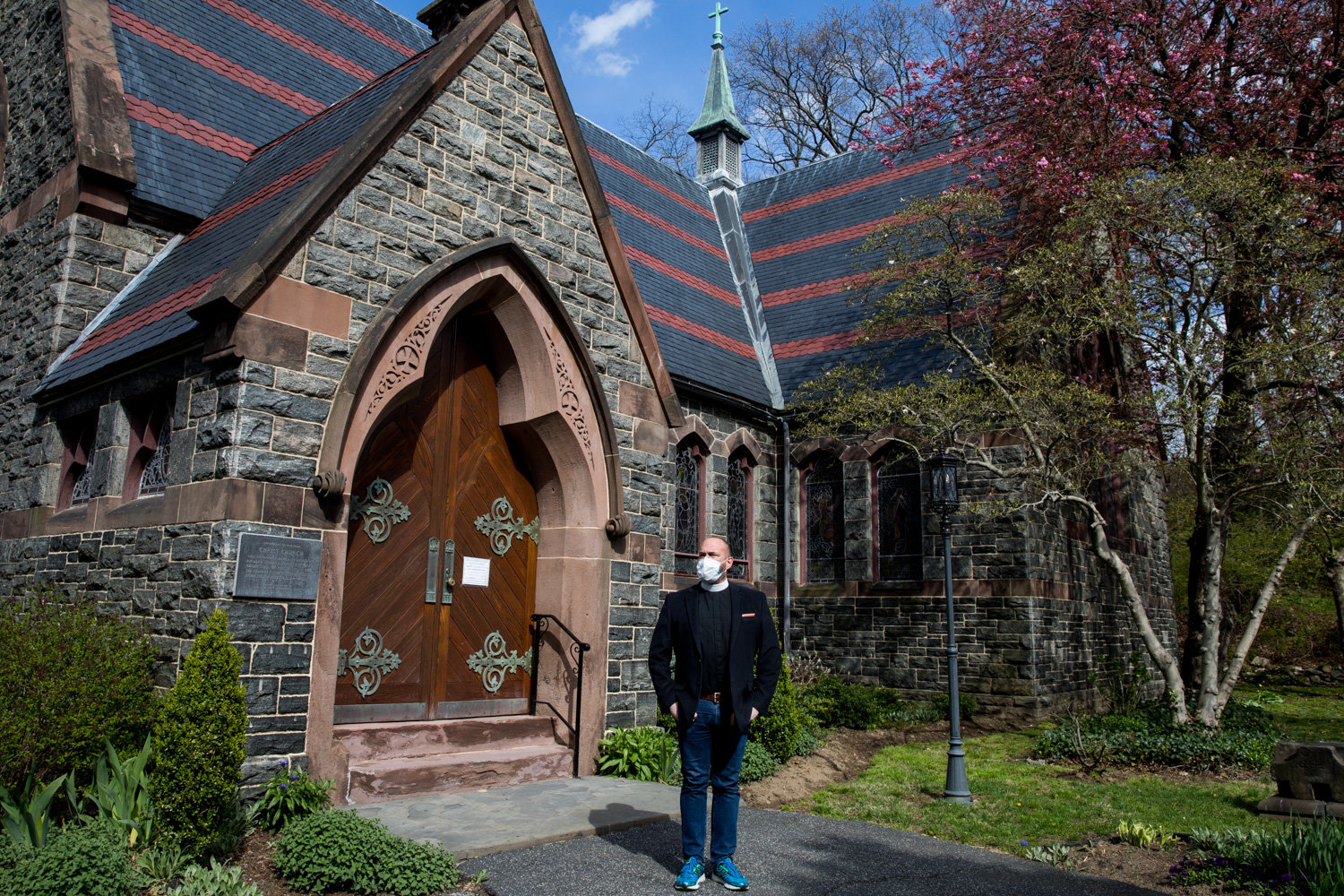 Rev. Andrew Butler, who leads Christ Church Riverdale, has found the reach of his church has grown since moving online following the statewide shutdown due to the coronavirus pandemic. Butler himself has recovered from the virus that causes COVID-19.
JULIUS CONSTANTINE MOTAL 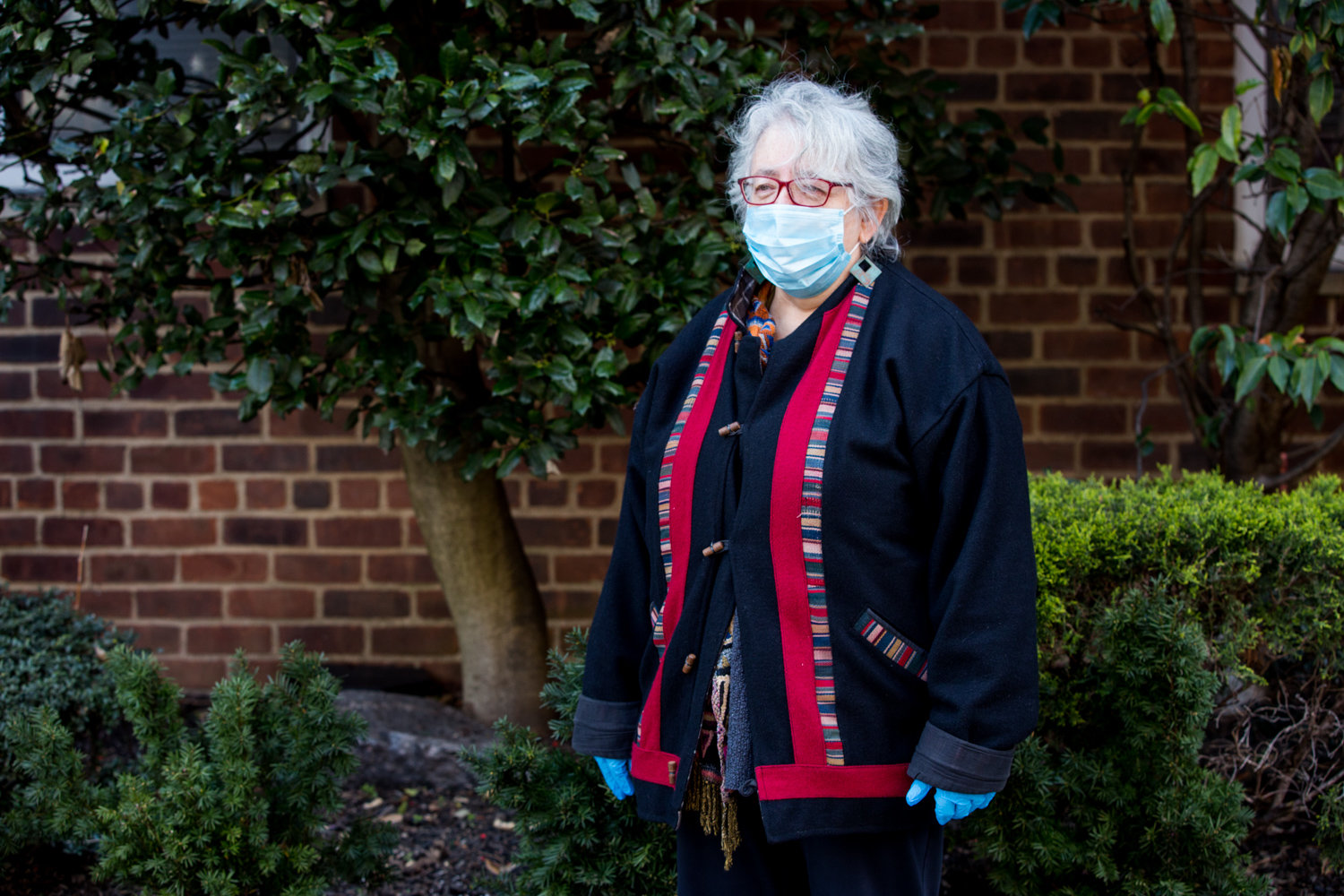 Rabbi Linda Shriner-Cahn has found strength and wisdom in her parents’ surviving the Holocaust to keep going in the midst of the coronavirus pandemic.
JULIUS CONSTANTINE MOTAL 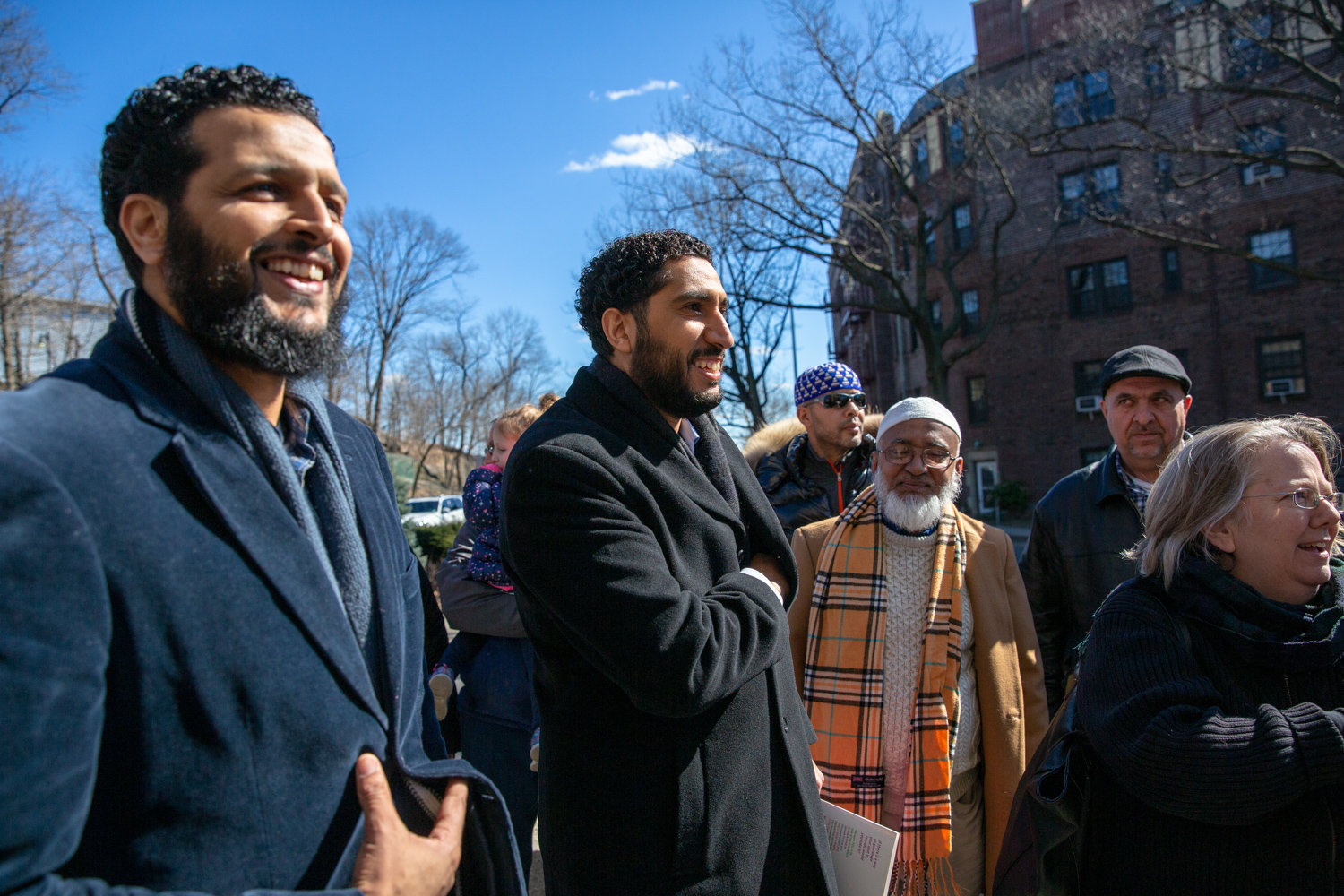 Imam Yassine Taoufik, center, who leads the Abrar, a mosque, in Kingsbridge, attends a vigil last year. Taoufik has found the sense of community among his congregants has grown stronger in the time since the coronavirus pandemic began.
EIAN KANTOR / File 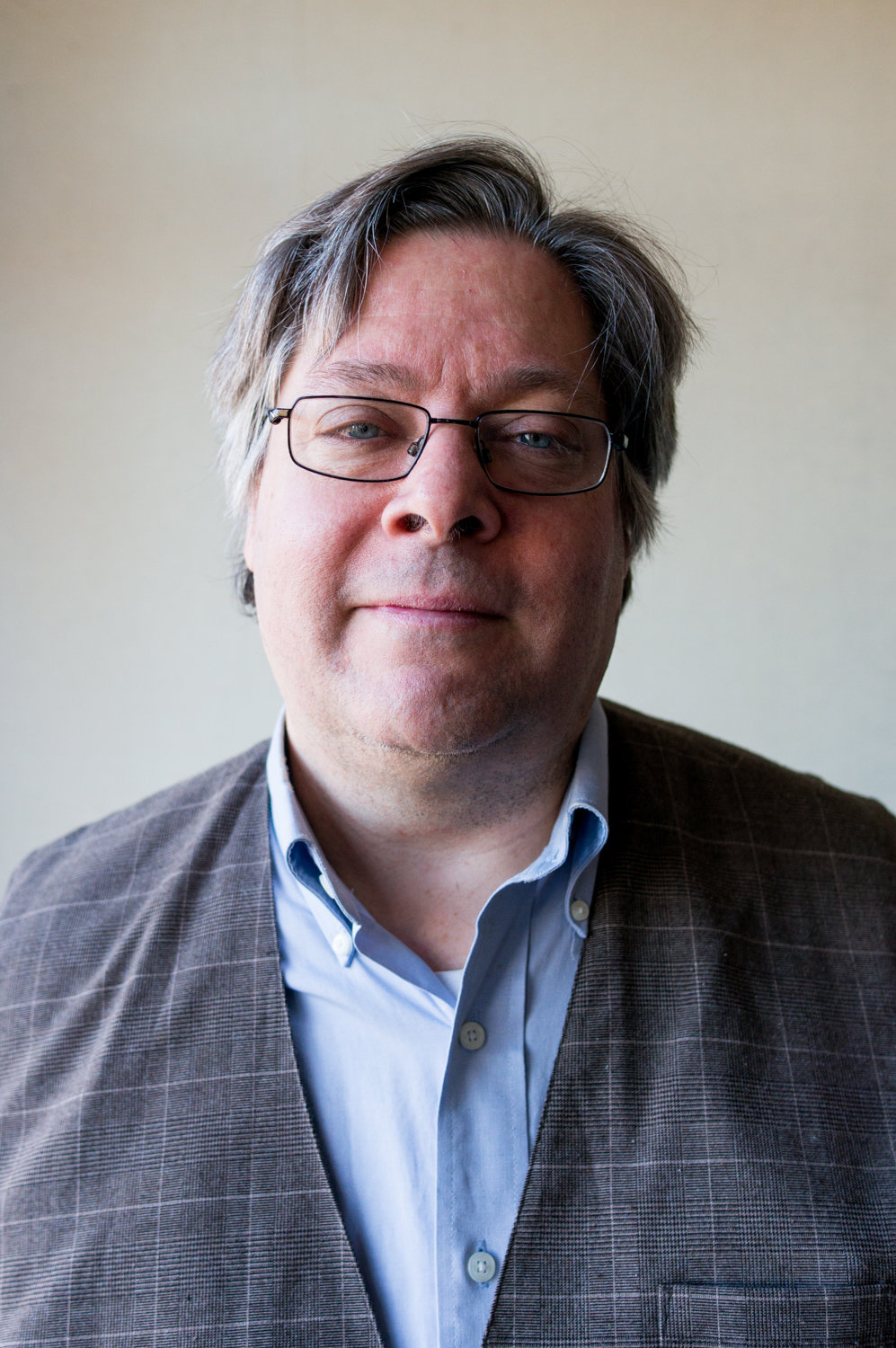 Rabbi Tom Gardner held two virtual Seders — ritual feasts — during Passover, and found them to be deeply meaningful, despite the fact he couldn’t host them in person.
JULIUS CONSTANTINE MOTAL / File 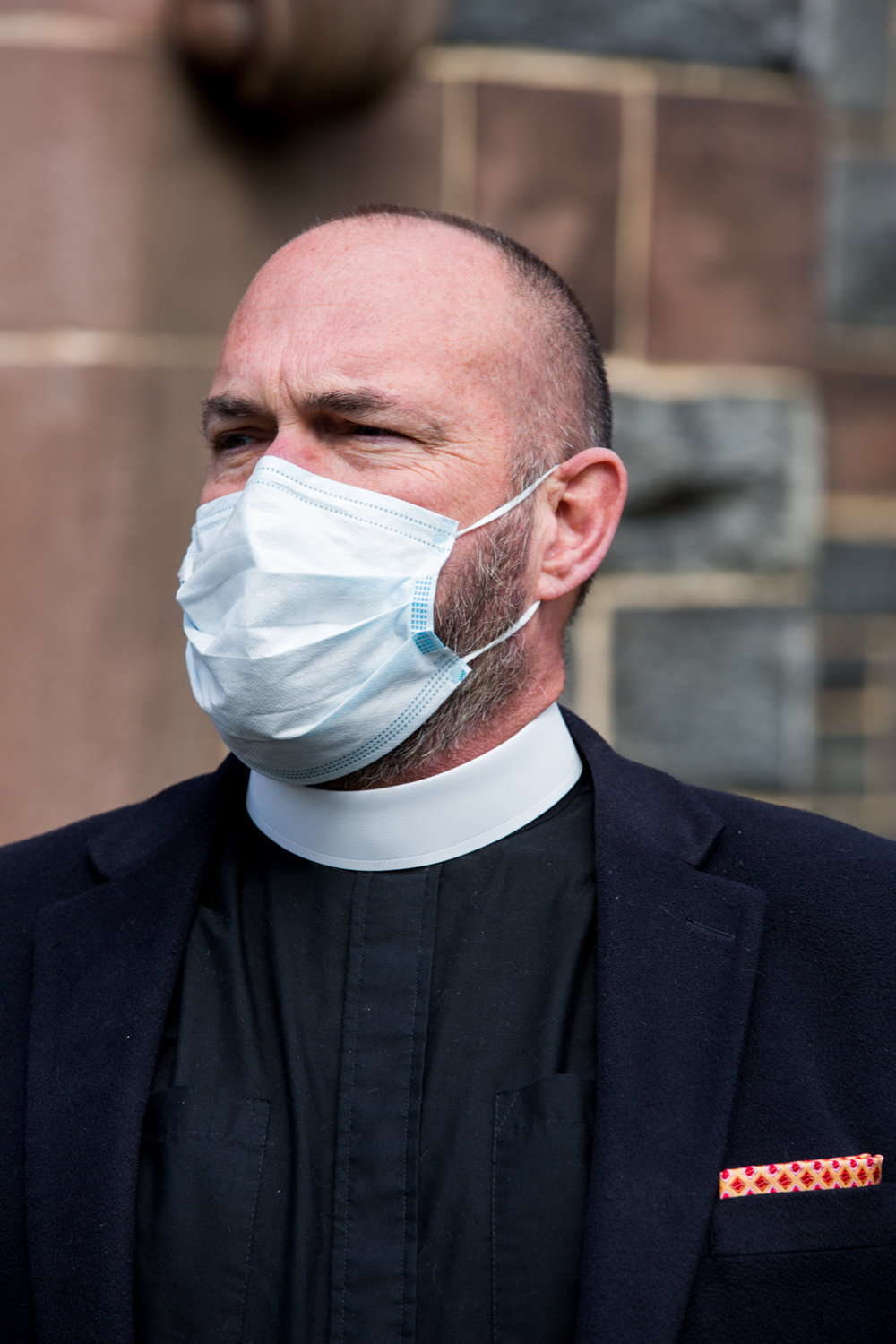 This past Easter was the first time the Rev. Andrew Butler did not spend the holiday in a church. The coronavirus pandemic forced churches, synagogues and mosques — as well as schools and businesses — to close their doors to help slow the spread of the virus that causes COVID-19.
JULIUS CONSTANTINE MOTAL 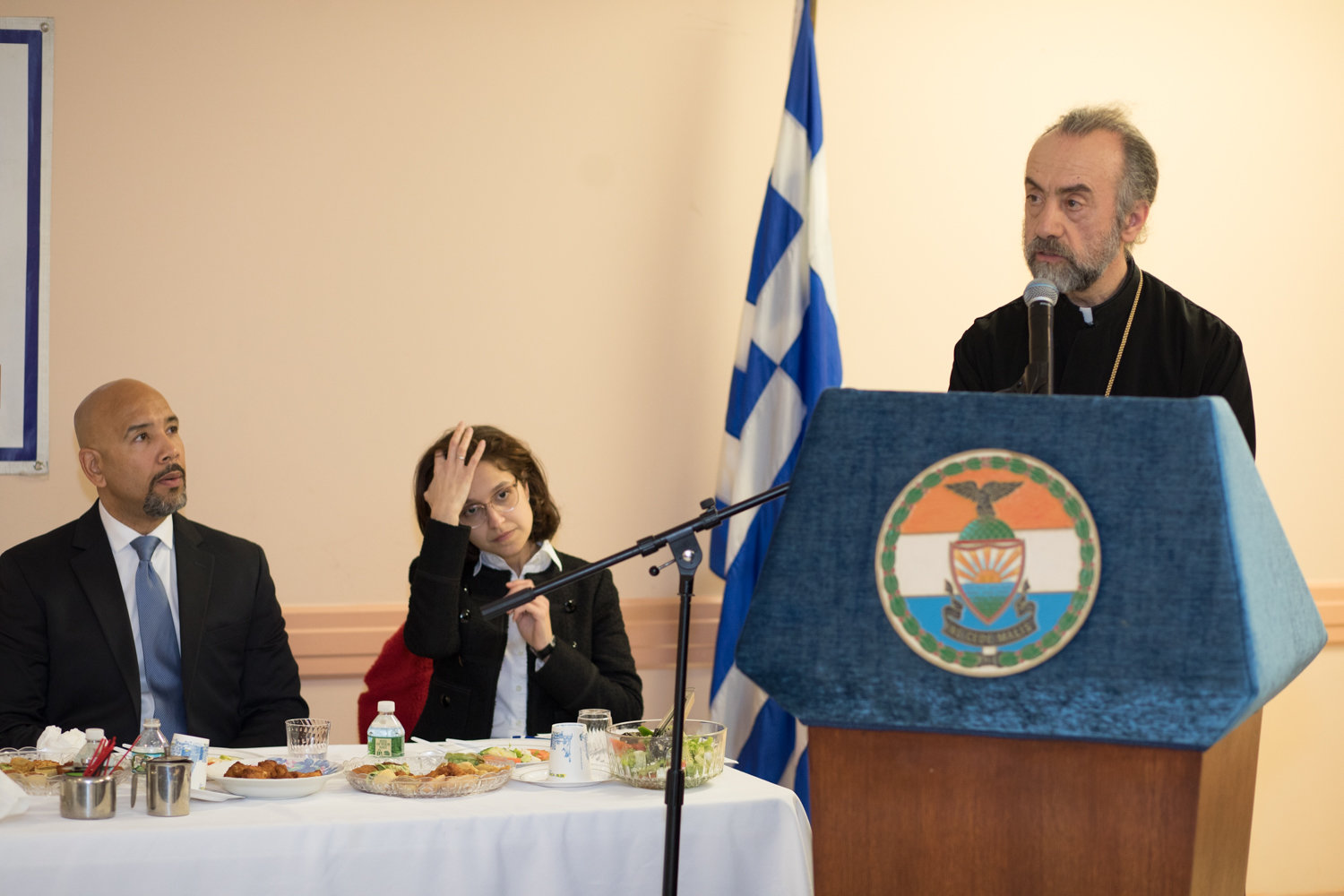 In times of chaos and disruption, faith can be a tremendous source of strength.

It has been nearly two months since the coronavirus that causes COVID-19 has shut down wide swaths of city life. Many work from home, and students of all ages adapt to online learning. Religious congregations also have shifted to a virtual environment.

“When you’re in a room full of people, no matter what faith, you derive energy from them,” said the Rev. Andrew Butler, who leads Christ Church Riverdale on Henry Hudson Parkway East near West 252nd Street.

That energy can be difficult to harness when a room full of people has been flattened to a grid of faces — or in some cases, removed entirely. Yet, the move online has brought with it some surprises. Butler has seen names pop up during online broadcasts who had never shown up before in person.

“I’m seeing this as a time for the church to expand its reach,” Butler said.

While the move online has been occasionally difficult to navigate, Butler has found that being able to connect with his parishioners is a source of strength and hope.

“Knowing that I have a community here of support has kept me going,” Butler said.

The expanded reach that has come with the move online also brought with it a deepened sense of community, especially with the major religious holidays that coincide with the start of spring: Easter and Passover.

The first night of Passover is marked by the ritual feast known as a Seder, but what made this particular holiday different than all the other Passovers was the inability to gather. Seders still took place, but they happened over videoconferencing apps like Zoom.

“They were surprisingly meaningful Seders,” said Rabbi Tom Gardner, who leads the Riverdale Temple, “but it’s not the same as being there with everybody.”

Gardner held a family Seder on the first night of Passover and a community Seder on the second over Zoom. He was comforted by being able to see everyone’s faces and what they were eating through the cameras on individual computers and smartphones.

Easter, too, has its own sumptuous feast that comes at the end of Lent, the 40-day fasting period. This past Easter marked the first time that Butler did not spend the holiday in a church.

Christ Church was empty that day, as it has been for weeks since the coronavirus pandemic shut down the state.

Yet, it was just one surreal day among a number of surreal days. Butler tested positive for the coronavirus that causes COVID-19 in March.

“The biggest part for me was feeling exhausted,” said Butler, who had a mild case and is now on the other side of it.

Butler bristles at the notion expressed by some religious leaders the virus is some kind of divine retribution.

“This is not God’s punishment for us,” Butler said. “This is a virus. This is science.”

The pandemic has posed a host of challenges to all facets of life, and faith leaders have found themselves confronted with a harsh new reality — one that is reshaping how people think about life and the world around them.

“At first, we did not realize the magnitude of the problem and the economic, social, psychological impact that would follow,” said Father Maximos Politis, of St. Peter the Apostle Greek Orthodox Church, in an email interview. “In the days that followed, we felt like we were entering a new order of life, as if we were entering a war crisis.”

Despite the challenges, faith leaders are looking for the silver linings. Imam Yassine Taoufik, who leads the Abrar mosque in Kingsbridge, has found there is a deeper sense of connection between people, even though there is necessary physical distance.

Closing the mosque was not an easy decision for Taoufik, he said, especially in the weeks leading up to the holy month of Ramadan, which began April 23. The Friday prayer, known as jummah, is when everyone comes together, and the loss of that has weighed heavily on Taoufik.

Yet, he has worked to sustain the bonds among his congregants.

“We’re trying to keep the sense of brotherhood and sisterhood strong,” Taoufik said. “There is that sense of solidarity, and help and care. Everyone is asking about everyone.”

Maintaining that solidarity is crucial in times of crisis. This is not, however, the world’s first pandemic. There are historical antecedents, like the HIV/AIDS crisis in the 1980s — although still considered a “global epidemic” — and the 1918 flu pandemic, though some faith leaders have derived wisdom from more personal sources.

“As a child of parents who survived Hitler’s Europe, I have a very clear notion that chaos is always outside the door,” said Rabbi Linda Shriner-Cahn, who leads Congregation Tehillah on Fieldston Road.

Shriner-Cahn has made use of many of the available online tools — like Zoom, Facebook and YouTube — to connect with Tehillah’s members, and has seen Tehillah’s reach grow digitally, much like Christ Church Riverdale’s. She’s encouraged by the collaboration she sees with other community organizations and by the leadership of elected officials like Gov. Andrew Cuomo.

“He says when he’s wrong, and he has empathy,” Shriner-Cahn said of the governor, who has been universally praised for his response to the pandemic.

“That’s what you look for in a leader. For those of us who are clergy, he’s a potent exemplar of what we can do, and what we can’t do.”

When it comes to getting through each day, Shriner-Cahn looks into her family’s history, specifically her father’s escape to Shanghai, where he lived for 10 years before making it to the United States.

“I think of my father getting on that ship, and not knowing what he’s going to find on the other side,” Shriner-Cahn said. “That’s the only way I can get through it.”