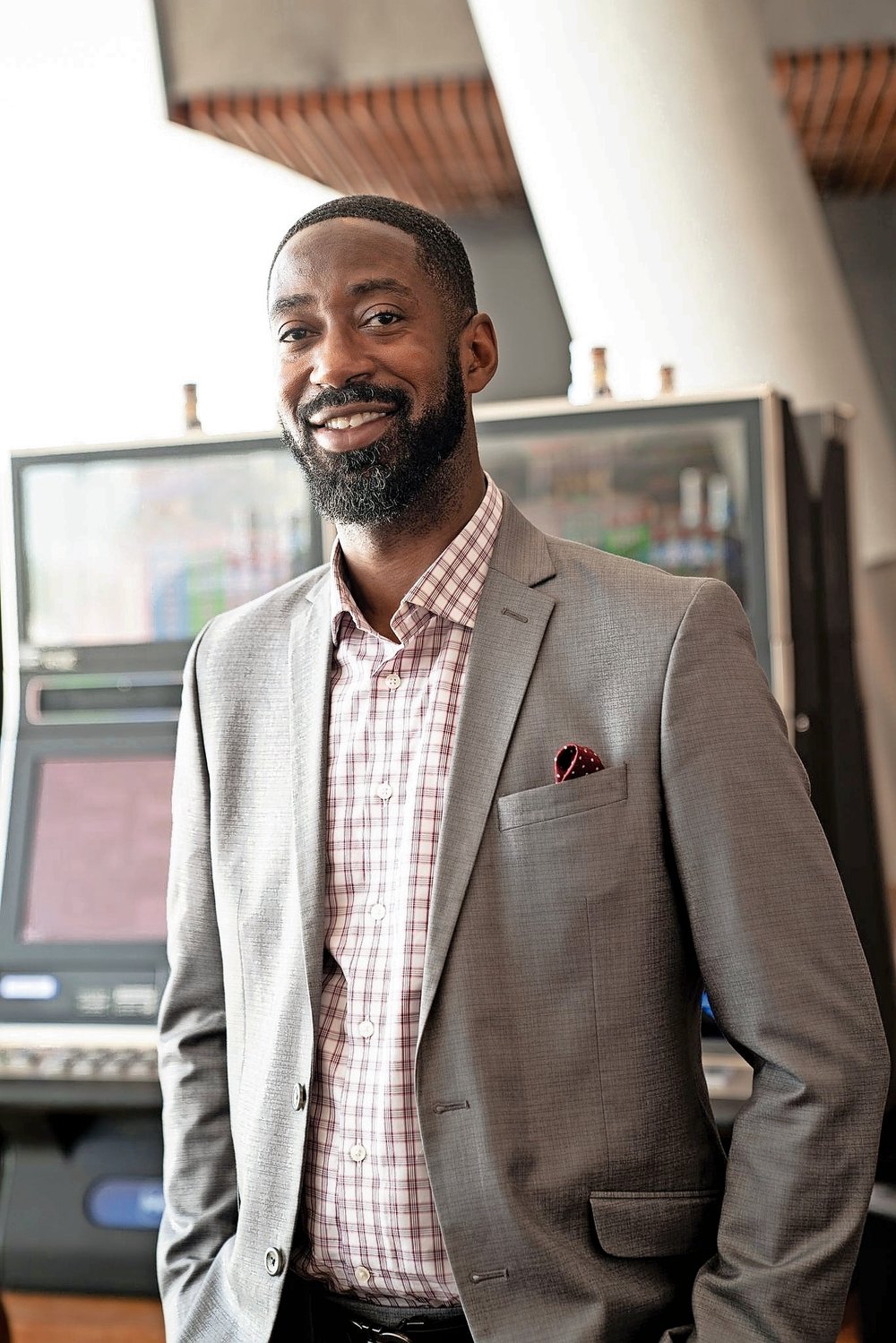 In high school, I had a drafting class. I thought it was cool to design things.”
ERIC DANIELS, facilities director, Empire City
By Gary Larkin

Eric Daniels’ career took a circuitous route that started out on an Alaska Air Force base, included pit stops at apartment buildings and a large hospital and wound up at one of the largest gaming floors in the country.

For the Detroit native, his Armed Services Vocational Aptitude Battery test he took back when he was in high school turned into a successful career as a HVAC technician.  And after 20 years working with heating and air conditioning systems and the like, Daniels has been promoted to director of facilities at MGM Resorts Empire City Casino in nearby Yonkers.

As a major cog in the wheel of the ever-expanding casino, Daniels, who now lives in Spuyten Duyvil, is responsible for the maintenance of the entire physical plant, infrastructure, operating systems and grounds. He worked his way up from facilities manager at MGM Detroit and MGM Springfield, Massachusetts.

“My responsibilities have definitely grown,” Daniels said. “As a facilities manager, I was just managing and overseeing the staff.” His job calls for him to work with plumbers, electricians, HVAC engineers, carpenters and painters.

And with the Empire City Casino slated to grow once again as it awaits approval of a full gaming commercial gaming license that would allow for live dealer table games, a sports book and more, Daniels will add even more to his list of everyday tasks. The anticipated project is expected to be an economic boon for the region encompassing Westchester and the Bronx, delivering over $1 billion of economic activity, generating nearly 2,500 new positions at Empire City and creating an additional 10,000 indirect and induced new jobs in the region.

“There will be some construction that will take place,” he said. “That would grow my role even more. There is a lot more I oversee. There are the construction projects and compliance of the casino.”

If Empire City lands any of the three gaming licenses to be offered by the state, Daniels expects a lot more construction projects.

Empire City is already one of the largest entertainment and gaming destinations in the Northeast with harness racing at Yonkers Raceway and nearly 4,700 slot machines, electronic three-card poker, blackjack, craps, roulette, baccarat and sic bo table games. MGM Detroit is a 147,000-square foot casino that includes a sports book and 30,000 square feet of flexible event space.

“Daniels represents the level of opportunity for leadership, growth and career development offered by MGM Resorts, as he continues to rise through the ranks of our global company with this well-deserved promotion,” said Ed Domingo, senior vice president and general manager for Empire City Casino.

“Daniels also represents MGM’s commitment to creating quality career opportunities for those who have served, and also giving back to our veterans’ customer base through unique programs that highlight our ongoing and longstanding commitment to our country’s heroes.”

For Daniels, he started out in a Detroit neighborhood where his father was communications technician for AT&T and his mother was a nurse working nights. He knew his decision to join the Air Force was one that would lead him on a fruitful career.

“My ASVAB showed I was strong in a couple of areas,” said Daniels, who was a young Air Force recruit when he took the test. “It put me in civil engineering. It was the closest area to architecture.”

That was one area he really liked while attending Finney High School in Detroit. “In high school, I had a drafting class,” he said. “I thought it was cool to design things.”

Daniels learned the HVAC trade while stationed at Elmendorf Air Force Base in Anchorage between 1998 and 2002.

“After the military, an HVAC background has kept me gainfully employed,” he said. “I became a maintenance tech for apartments.”

He even worked at a major hospital where he recalls a situation where he certainly got troubleshooting and managerial training on one specific night. “We had sewer ejection pumps,” Daniels said. “The system used (switch) pumps. The switch failed that night.