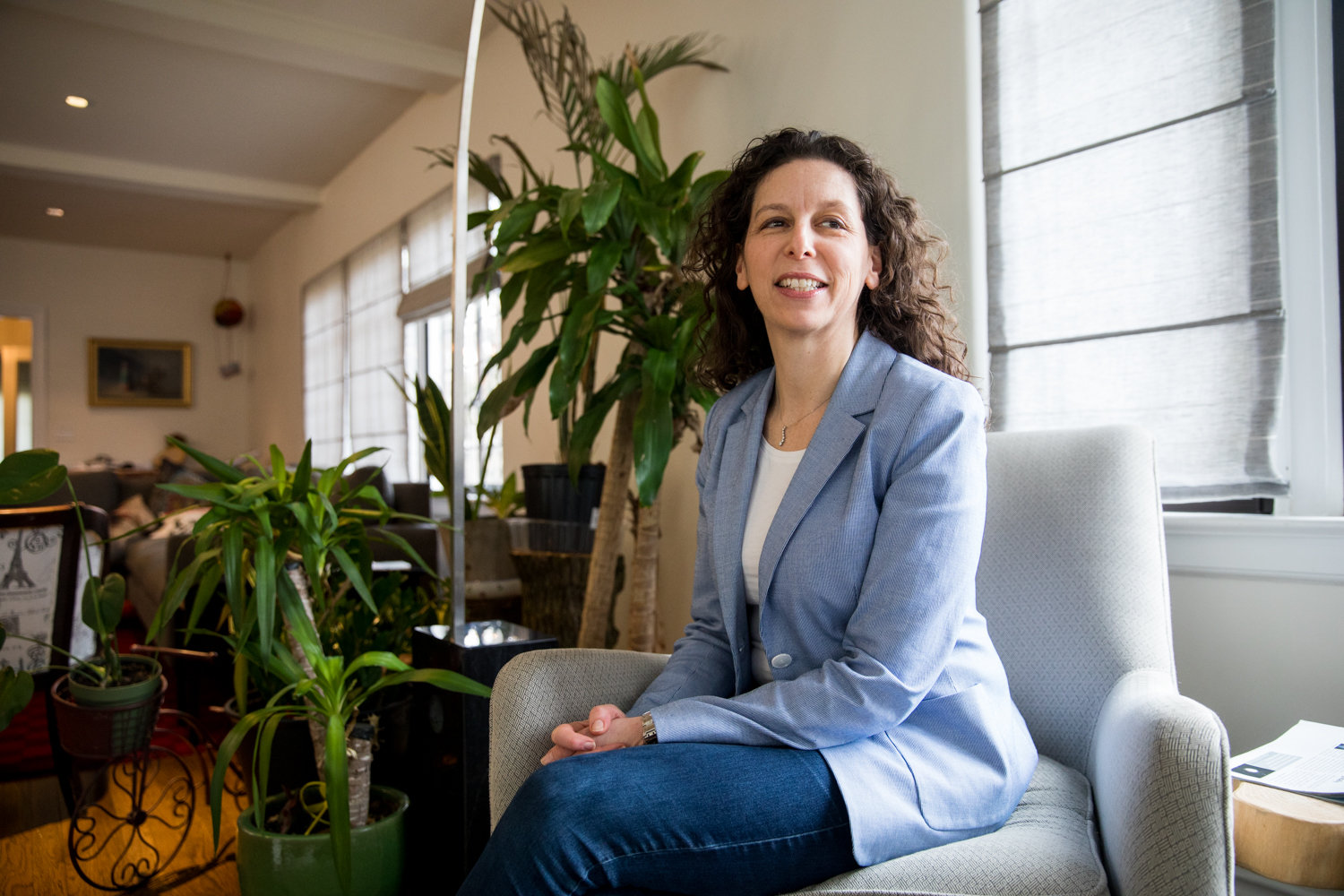 The latest candidate seeking Andrew Cohen’s city council seat, Jessica Haller, talks about the factors that went into influencing her decision to declare her candidacy for Councilman Andrew Cohen’s seat. Her entry brings the number of candidates in the race to four.
JULIUS CONSTANTINE MOTAL 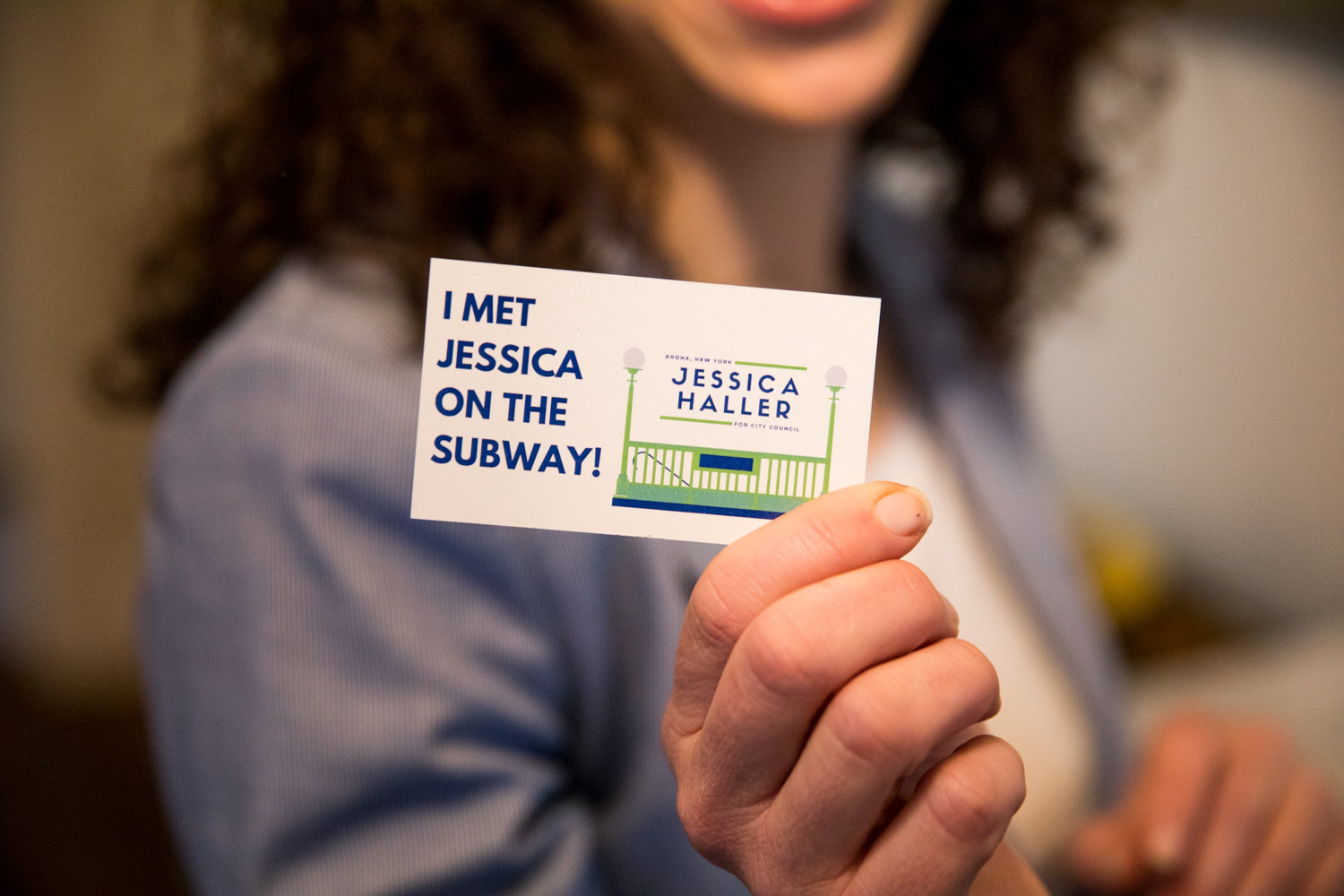 Transit is a part of Jessica Haller’s city council campaign platform. And to that end, she’s made campaign cards to hand out to people on the subway.
JULIUS CONSTANTINE MOTAL 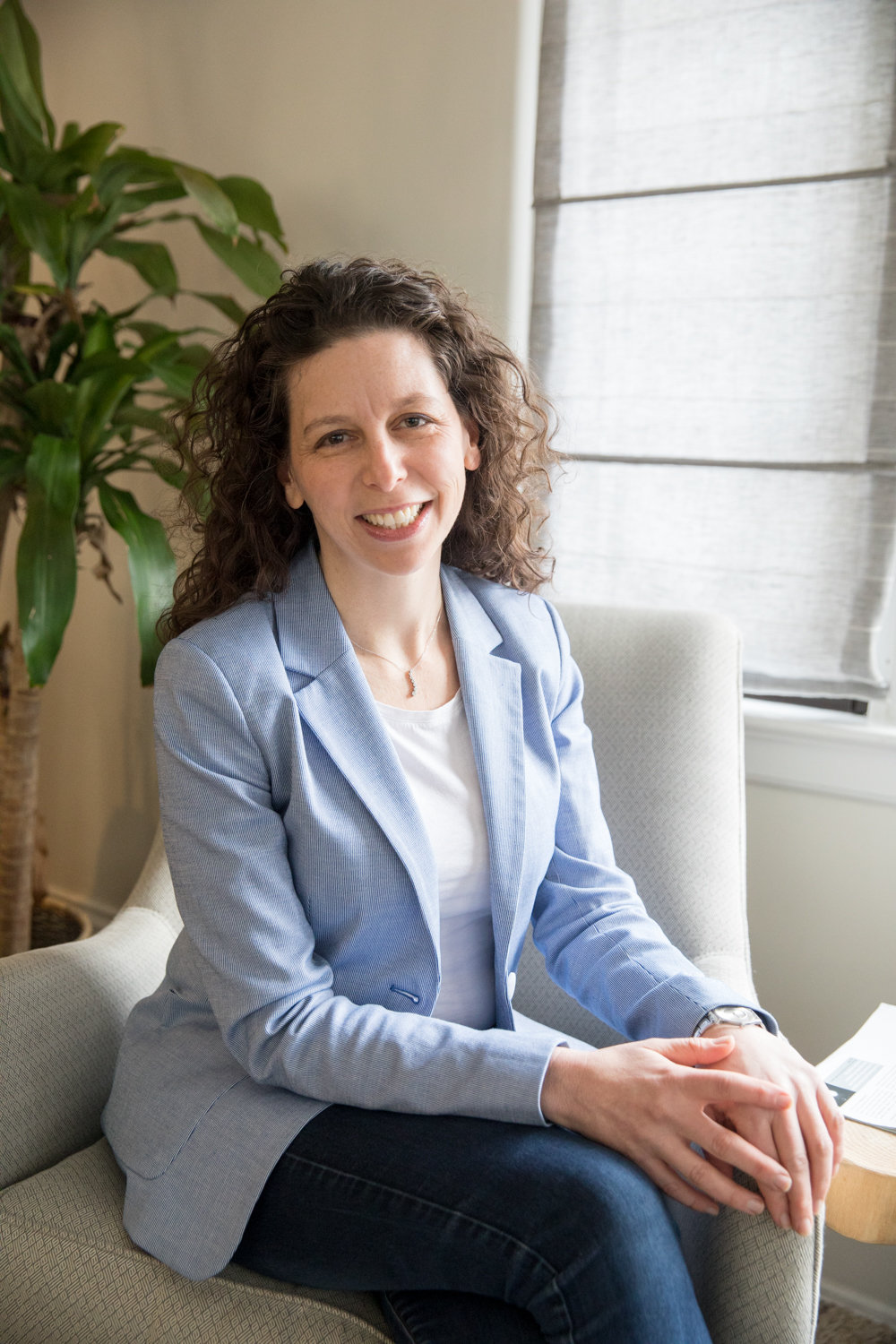 Jessica Haller is the first woman to enter the 2021 race for Councilman Andrew Cohen’s seat. Her opponents are real estate attorney Dan Padernacht, educator Eric Dinowitz and Dionel Then, a one-time intern for The Riverdale Press.
JULIUS CONSTANTINE MOTAL
Previous Next
By HEATHER J. SMITH

Into an already active election, a full 18 months before a single vote is cast, enters a new challenger.

Climate activist and entrepreneur Jessica Haller announced her run for the city council seat currently occupied by Andrew Cohen. Her entrance is the most recent development in a race that’s been full speed ahead for nearly two years already.

Haller has been many things — a co-op board chair, an advocate, a businesswoman, and a student of public policy.

“But it’s funny,” she said. “I’m not really sure I want to ever call myself a politician. But I do want to work for the community. And in my mind, all the things I’ve always done is about the process by which we make decisions.”

She’s worked alongside elected officials and realized that nobody’s an expert at every issue they’ll have to make decisions about. But Haller says she wants to be the kind of leader who considers all impacts a decision will have.

“Every decision we make in the city, we have to think about sustainability,” she said. “In my mind, the way to do that is to think, ‘Does this thing negatively affect other people or the neighborhood? And will it last into the future?’”

Like many Democrats these days, Haller describes herself as a progressive with great concern about climate change and mitigating the city’s carbon footprint. She wrote state Sen. Alessandra Biaggi’s environmental policies. She’s a member of NYCD16-Indivisible.

She’s accredited by the U.S. Green Building Council for leadership in energy and environmental design, more commonly known as LEED. She’s vice president of Hazon, one of the largest faith-based environmental organizations in the nation. And she’s a big fan of more women serving in government.

“There are 12 women on the city council today out of 51 seats,” Haller said. “All things being equal, women in politics bring compassion, ability to think in the long term, and a host of other strengths you get when you have women at the table.”

Haller enters a race that’s already well underway. Former Community Board 8 chair and real estate attorney Dan Padernacht announced his intention to run in July 2018, despite Cohen’s tenure not set to expire until 2021. Not long after, teacher Eric Dinowitz — son of Assemblyman Jeffrey Dinowitz — threw his hat in the ring. Dionel Then became the third candidate last year.

It’s not that the other three candidates like long campaigns. There was a real belief Cohen would get nominated to the bench, opening his seat in a special election. But the nomination never came, and the race has continued on anyway.

What sets Haller apart from the current roster of candidates is her focus on the environment and climate change. Instead of treating environmental policy as an isolated issue, she says the city should incorporate real environmental change into every sector of the city. Public housing could be designed or retrofitted as green buildings. Transportation could be approached with ways to reduce carbon emissions. Green energy could create jobs.

And there are plenty of other important issues that need to be addressed. Public education, health care, homelessness, infrastructure and more are citywide issues that need attention now, Haller said, instead of later.

But there are also issues that hit particularly close to home. Neighborhoods in Riverdale and Spuyten Duyvil have drawn a lot of developer attention. Some worry that the same cozy charm that attracts people to live and stay here is at risk from the very developers who bank on that charm to drive projects.

“So I think that real estate development across the Bronx needs to be done smarter,” Haller said.

Some projects may be entirely wrong for the area’s already-crowded streets, but she feels there are still other projects that are right for the communities Cohen’s district covers. Instead of always saying no, why not find the housing and businesses the people need?

“I want to go ask those questions and say, ‘OK, what would benefit the community from being here?’” Haller said. “’What are the institutions and retail spots and organizations that help a community thrive so there aren’t food deserts or lack of libraries?’”

“I am I’m happy that there’s a woman joining a race,” said Then, a former intern at The Riverdale Press. “I’m excited to see what her policies will be and what her platform looks like as 2021 gets closer.”

Haller said she’s prepared for the race because, to her, a seat on the city council doesn’t just mean another political defender of the status quo.