AT THE BOILING POINT 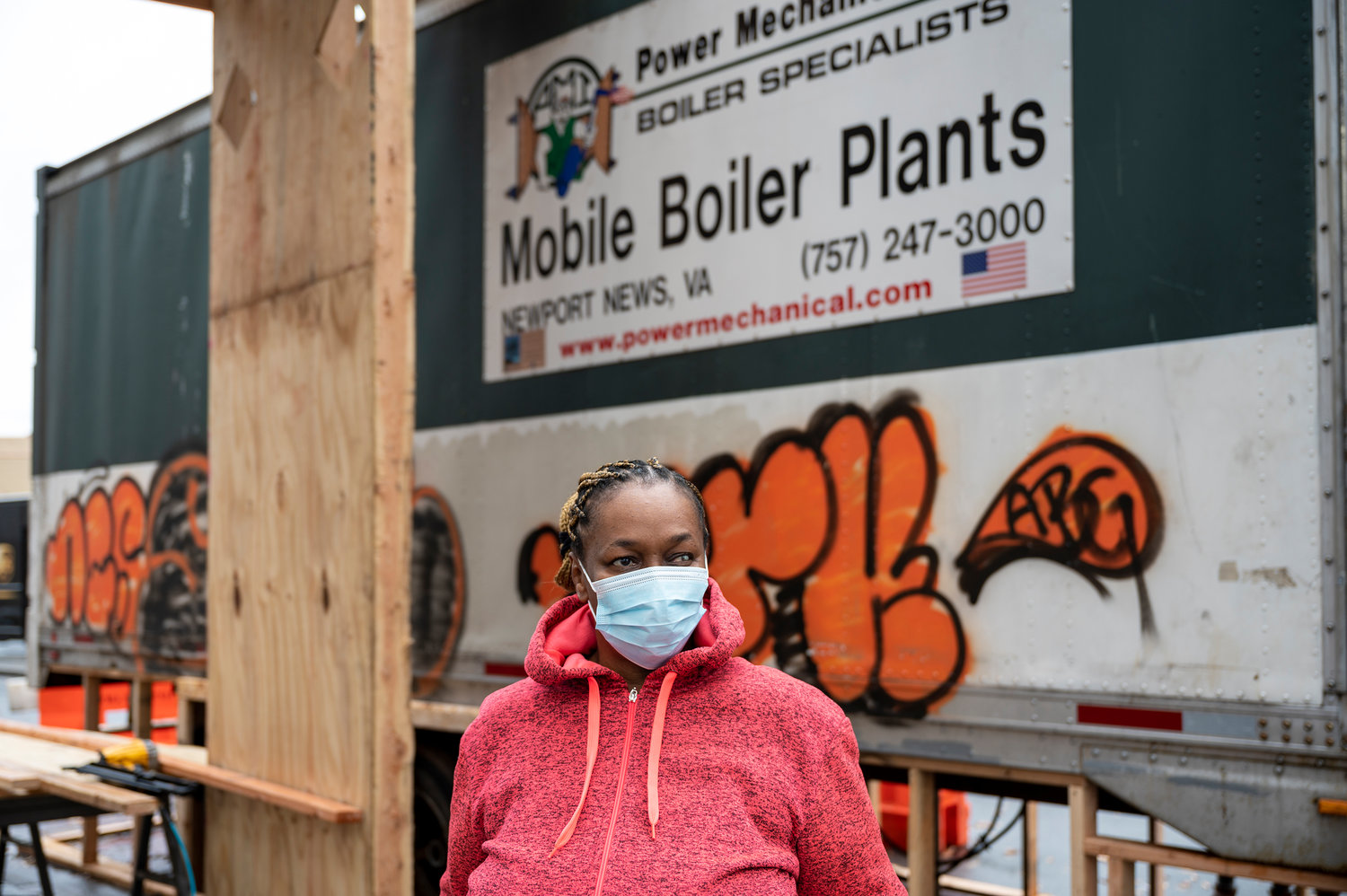 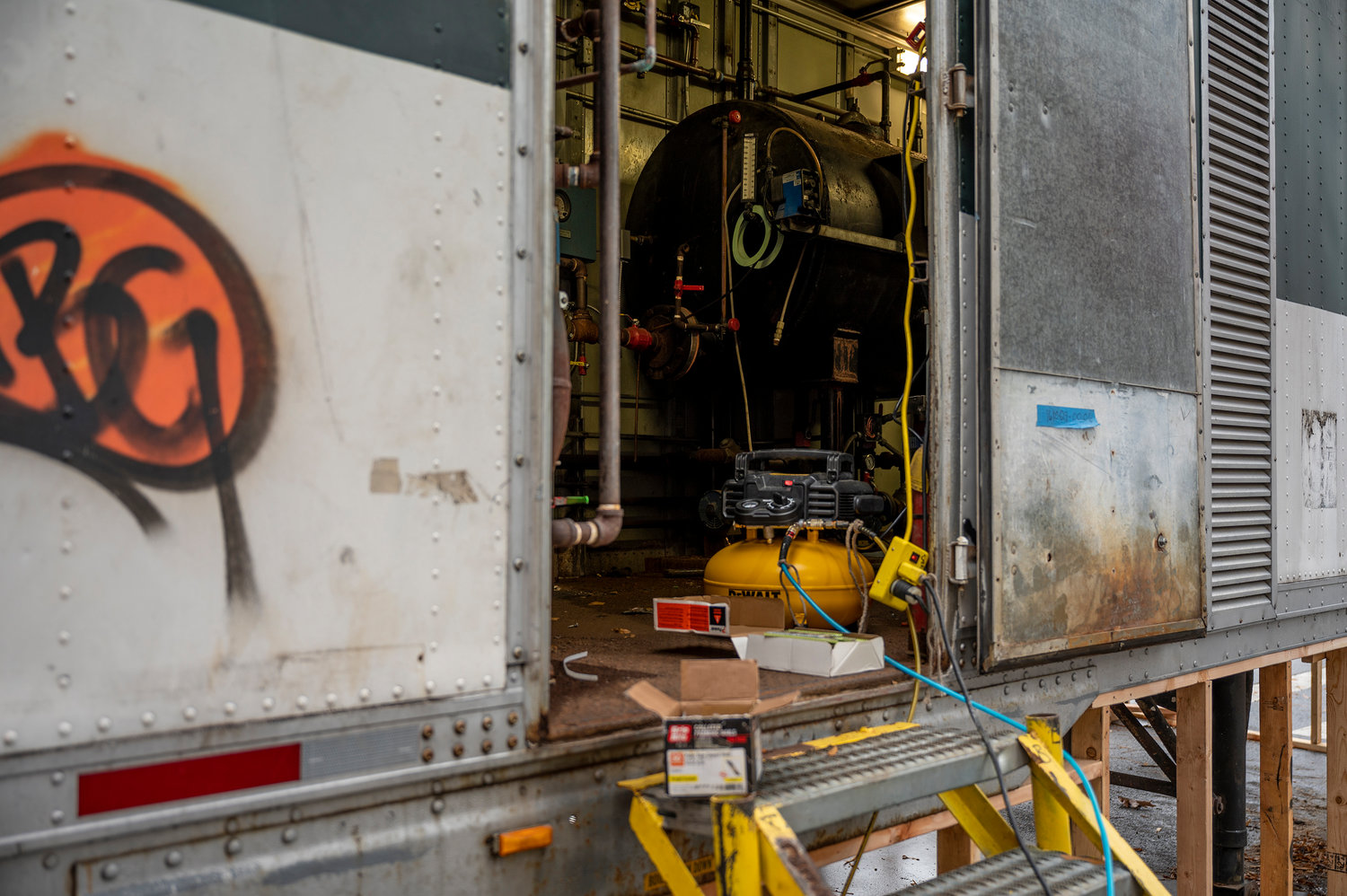 The New York City Housing Authority placed temporary boilers along Bailey Avenue to help keep its tenants at Fort Independence Houses warm while they wait to have their permanent boiler replaced. However, those same tenants say problems persist as their homes remain frigid.
HIRAM ALEJANDRO DURÁN
Previous Next

If they know that this boiler isn't any good, why do they continue to put Band-Aids on it?”
BARBARA LAURAY
Support journalism

The new year started in the 20s with a threat of snow that never came. But for many living at Fort Independence Houses, the fear wasn’t about getting to work or school — it was about simply staying warm.

“It’s a shame we haven’t had decent heat in about two months,” said Barbara Lauray, the tenant association president there.

That’s because the Bailey Avenue complex is struggling with a pair of boilers that’s affecting one of the two massive apartment structures. One of the boilers generates hot water from the spigots, Lauray said, while the other is needed for heat.

While hot showers continue, simply staying warm hasn’t been an option. And Lauray’s appeals to the New York City Housing Authority are not producing the results she would like them to.

It’s not that NYCHA isn’t sending someone to try and make repairs, Lauray said. It’s just those issues either resurface, or just never go away.

In the case of the boilers, NYCHA usually gets them working again — for about 30 minutes, Lauray said. Once they leave, so does apparently the heat.

“They can’t repair the boiler,” Lauray said. “Now if they know that this boiler isn’t any good, why do they continue to send people to put Band-Aids on it?”

Lauray may not know, but she’s certainly speculating. And as far as she’s concerned, it might have to do with an upcoming change in management. She fears NYCHA may be holding out to purchase a new boiler until after the new company takes over, putting that cost on the new firm.

The problem? That new company doesn’t take over until 2023.

NYCHA did not respond to repeated requests for comment.

“We just got this mobile boiler,” Lauray said. “Before that, I had to call all over to Lily Lozano because she’s on the board with NYCHA. She had to call them and explain to them that they have no heat at Fort Independence.

Lozano is the chair of the Bronx North Council of NYCHA Presidents, which represents Fort Independence Houses and other city housing tenant groups across the northern part of the borough.

But even the external boilers aren’t helping, Lauray said. The outdoor furnaces do very little to keep apartments warm — especially as temperatures drop.

“People here still use electrical heaters,” Lauray said. “I have a problem using those heaters. I’m terrified of them. I never liked them.”

It’s gotten so bad, in fact, some tenants are making their way to the NYCHA manager’s office at the complex to scream at staffers. Lauray, however, believes the issues aren’t their fault.

“I feel bad for the staff that works here because we have some amazing people who work here,” she said. “They do what they’re supposed to do. They don’t have control of the situation.”

Plus, those workers can feel the pain of the residents there. Their management office also is freezing, Lauray said, forcing many of them to work loft shifts in what she describes as unbearable conditions.

The problem isn’t with property management, Lauray says, but rather NYCHA itself. It’s an organization where its boss, Gregory Russ, rakes in more than $400,000 per year. He’s the city’s highest paid city official, making more than not only the mayor, but Gov. Kathy Hochul, too. By a lot.

“They can pay him all that money for a salary, and we can’t even get a decent boiler,” Lauray said. “All we want here is heat and hot water.”

Many at the complex wear hoodies, scarves and sometimes even gloves when temperatures dip, she said. To weather the frigid temperatures in their home, neighbors have complained to Lauray they would often boil water just to complete daily hygiene tasks.

“We have 344 units in this development, and it’s crazy ‘cause we have so many people that are sick now,” Lauray said. “Everybody has a cold now. Everybody has a respiratory problem.”

And it’s not just at Fort Independence Houses. Those living at another NYCHA complex just down the road off Broadway, Marble Hill Houses, are experiencing a similar situation.

Fleming-Camejo has had maintenance come over multiple times within the last two months, but even after the boiler was repaired at her building, the problems persist.

“They claimed that they were fixing the boiler — and it was working for a while,” Fleming-Camejo said. “But then they said they had to clean it out, and now it’s not working again.”

Her biggest issue, however, is the wait-time just for NYCHA to respond.

“This is an annual problem,” Fleming-Camejo said. “They should already be prepared to deal with this and get it fixed already.”

The heating issues come on heels of her family already having to deal with no gas for several months last year.

“Imagine having no heat or hot water, and then no gas to keep it all warm,” Fleming-Camejo said. “This is what we’re dealing with. My neighbor next door just lost access to her gas line. They had to install a whole new line for people living in the G apartments throughout the building.”

Some might argue two different NYCHA complexes so close to each other with the same recurring problems is a bad look for the housing authority.

“It’s insane that we have the same problems, every year, and little to nothing is getting done,” Lauray said. “This needs to stop. Something really has to change now.”