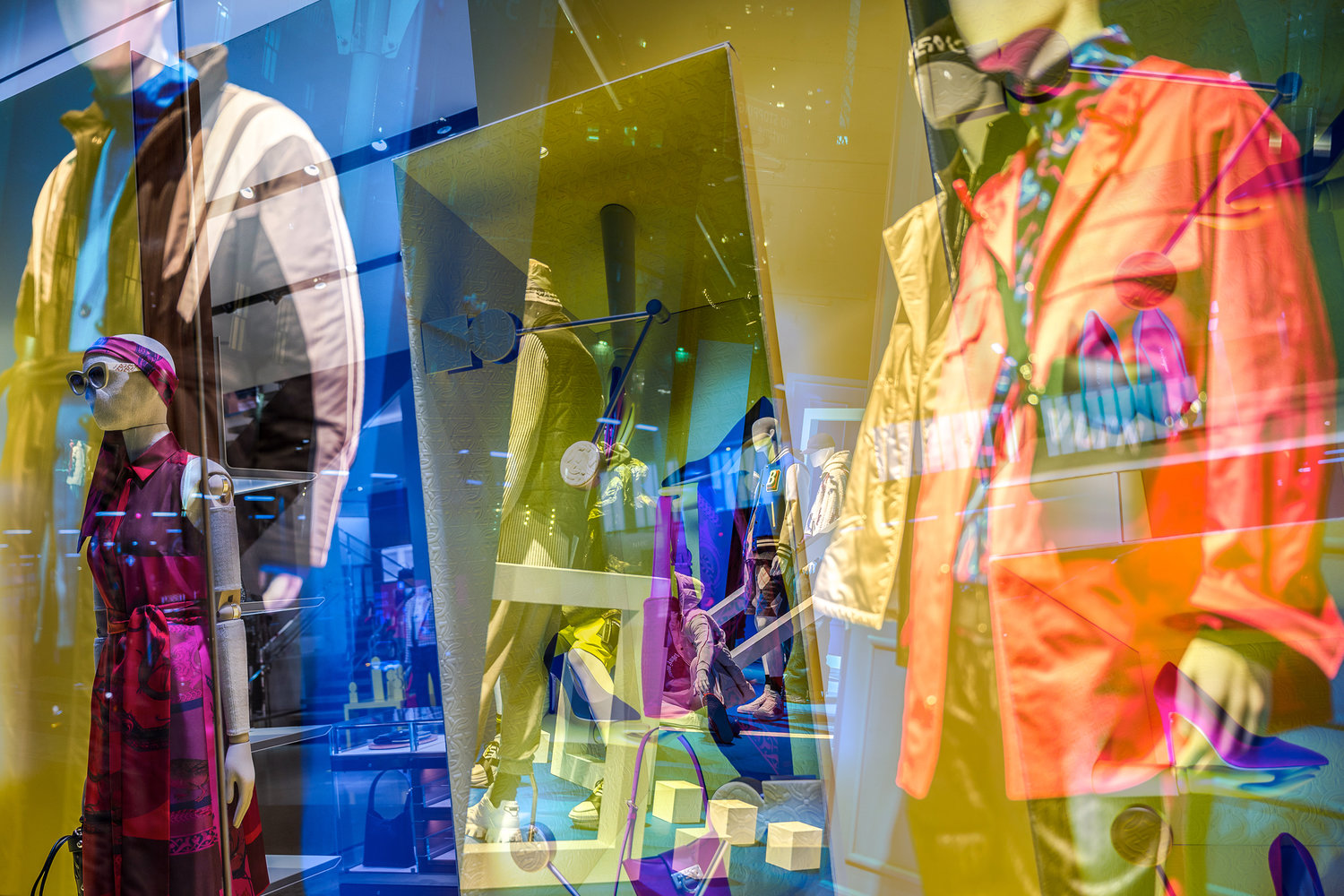 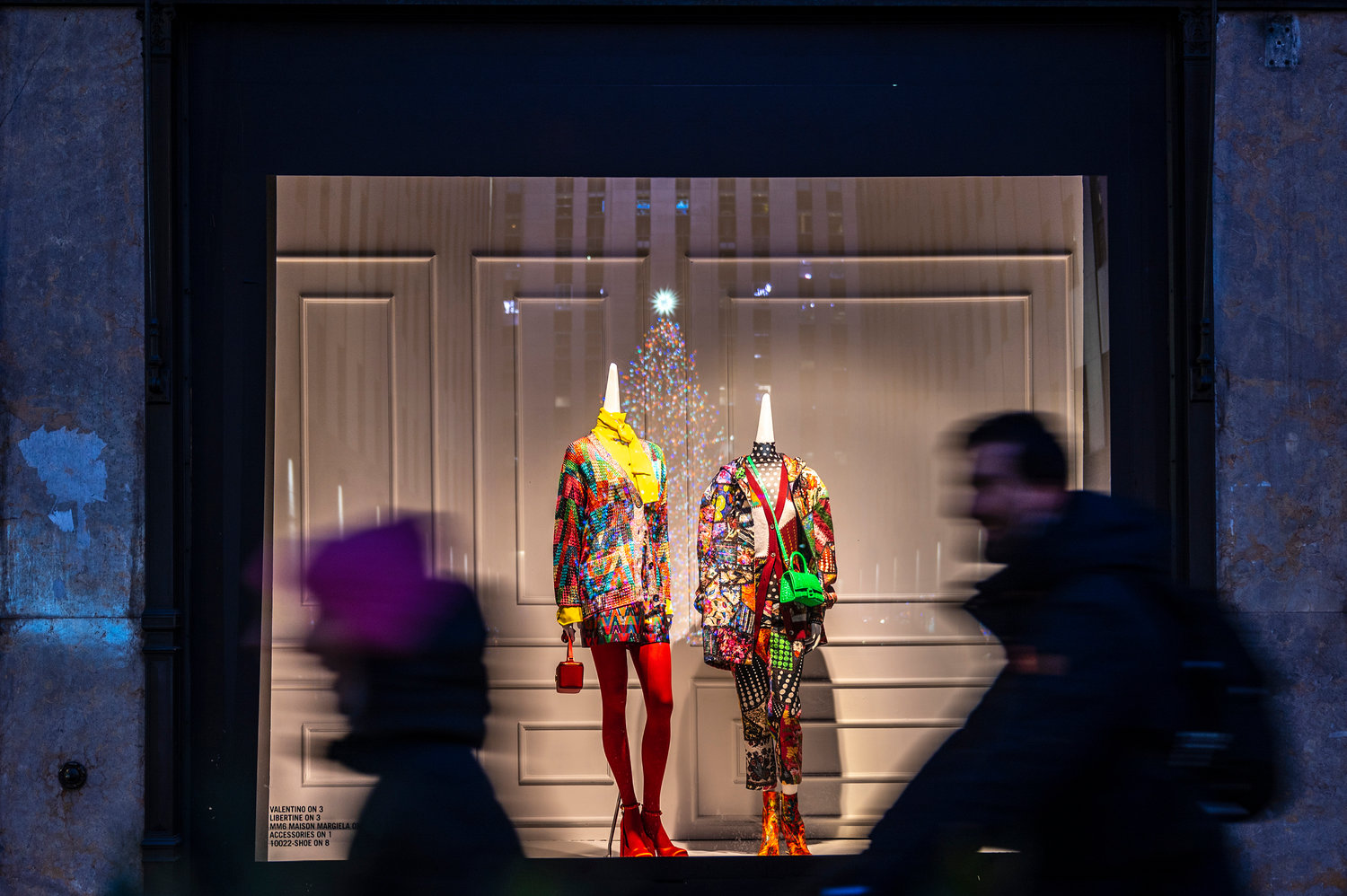 State Sen. Alessandra Biaggi has introduced what she calls the Fashion Sustainability and Social Accountability Act, joining a coalition of environmental advocates. The legislation aims to lower the carbon footprint of the clothing industry by making companies plan and hit targets for cutting carbon emissions.
HIRAM ALEJANDRO DURÃN
Previous Next
By ETHAN STARK-MILLER

When people think of the leading causes of climate change, their minds likely jump to the automobile or even agriculture.

But a New York-based coalition of advocates says there’s another sector with a large carbon footprint that often gets overlooked: the fashion industry. It’s a problem state Sen. Alessandra Biaggi says she’s been following since her days as a Fordham University law student.

“I think that many people are really unaware of how damaging the fashion industry is,” Biaggi said.

The fashion industry accounted for 2.1 billion metric tons — about 4 percent — of global greenhouse gas emissions in 2018, according to the consulting group, McKinsey & Co. That’s an amount roughly equivalent to the entire economies of Germany, France and the United Kingdom combined.

To even come close to hitting the targets set in the 2015 Paris climate agreement, the industry would have to cut its carbon emissions roughly in half.

Maxine Bédat, director of the New Standard Institute — a fashion-focused think tank that leads the coalition — says the industry has such as sizable carbon footprint because it’s been lightly regulated for many years.

“I think the challenge has been that this industry has been outsourced for a couple of decades now,” Bédat said. “So, it’s been a little bit out of sight, out of mind, for everyone — including regulators.”

That’s why the coalition of environmental advocacy groups have teamed up with Biaggi and upstate Assemblywoman Anna Kelles to introduce the Fashion Sustainability and Social Accountability Act. The bill aims to bring accountability into the fashion industry, Bédat said, by setting clear environmental and labor standards for companies with revenues exceeding $100 billion, doing business in New York state.

“We’re really thrilled that there is now regulatory attention on this industry,” Bédat said. “And just setting a really common sense, level playing-field, standard that every significant player in the industry would have to abide by.”

New York is a good place to pass this kind of bill, Biaggi said, because many of the world’s leading fashion brands call the Empire State home. Plus, the federal government hasn’t taken any significant steps toward regulating the industry itself.

“New York is important to focus on because it’s one of the fashion capitals of the world,” Biaggi said. “And because of this, it has a very large moral responsibility to serve as a leader in mitigating the environmental — and also the social impacts — that this industry creates.”

Alessandra Biaggi says she’s been interested in the fashion industry’s contributions to climate change since her days as a law student. That’s …

Additionally, because New York is such a significant player in the fashion industry, Biaggi said, the bill’s impact will go way beyond its borders. This idea is at the core of the Fashion Act, Bédat said, which is modeled on similar legislation in California that set fuel efficiency standards for carmakers.

“When we’re talking about the company complying with this New York law, it’s the whole company,” Biaggi said. “So, it’s their supply chain in its entirety, wherever things are being manufactured. Which means that not only does it have the ability to affect labor practices, as well as like environmental aspects in New York and reduce greenhouse gas emissions here. It (also) has the ability to do that wherever this company operates, which is a really tremendous leap into making sure that fashion is actually responsible.”

The legislation has several mechanisms intended to lower the industry’s carbon footprint and push it toward fairer labor standards.

First, it would require fashion companies to set and meet targets for reducing carbon emissions that would bring it in-line with the Paris Agreement. This part of the bill is intended to incentivize fashion companies to make necessary energy efficiency upgrades, and start including alternative energy sources in their supply chains.

Some companies already have taken steps to set their own carbon-reduction targets.

It’s “great that we’re seeing that, but we’re not actually seeing companies achieve those targets,” Bédat said. “And so the key component of the bill is to ensure that companies are setting and achieving the science-based targets.”

The bill also would require the industry undergo what’s called “mandatory due-diligence,” Bédat said. This means companies would have to map their supply chains, looking for current or potential ways they could be negatively impacting the environment — or their own workers — and disclose those findings.

Companies also would have to disclose the types of materials they use, and the wages of the workers who produce them.

Companies that aren’t in compliance if this bill does become law — and don’t fix the issue within three months of being notified — could face fines up to 2 percent of annual revenue.

The coalition already has some support from leading fashion brands, Bédat said, including designer Stella McCartney — daughter of musician Paul McCartney — and an underwear company called Knickey. Additionally, the coalition is working with others in the industry to win them over as well.

While the goal is to pass the bill this session, Biaggi said she also understands that pieces of legislation like this take time to win support. But, she added, they already started with a strong coalition, which she hopes to grow in the coming months.

“I’m really earnestly looking forward to be able to engage with a lot of these companies — as well as industry leaders — to get to a place where everybody feels like we can make this happen,” Biaggi said. “Because if we can partner — as opposed to being in opposition — with each other, we can really have a transformation that can be not only in the fashion industry, but in other industries.”