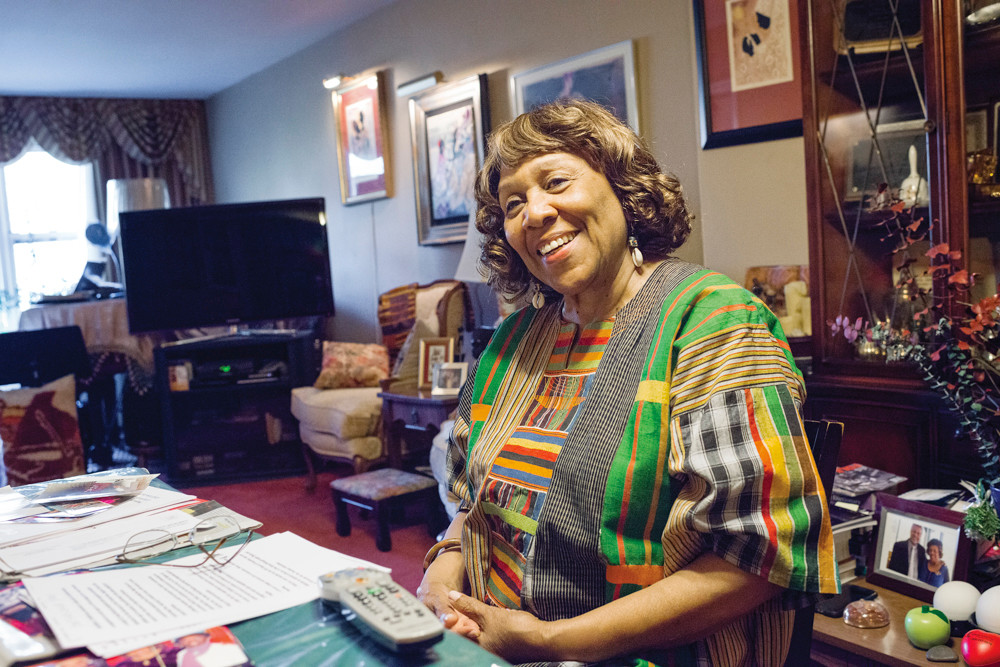 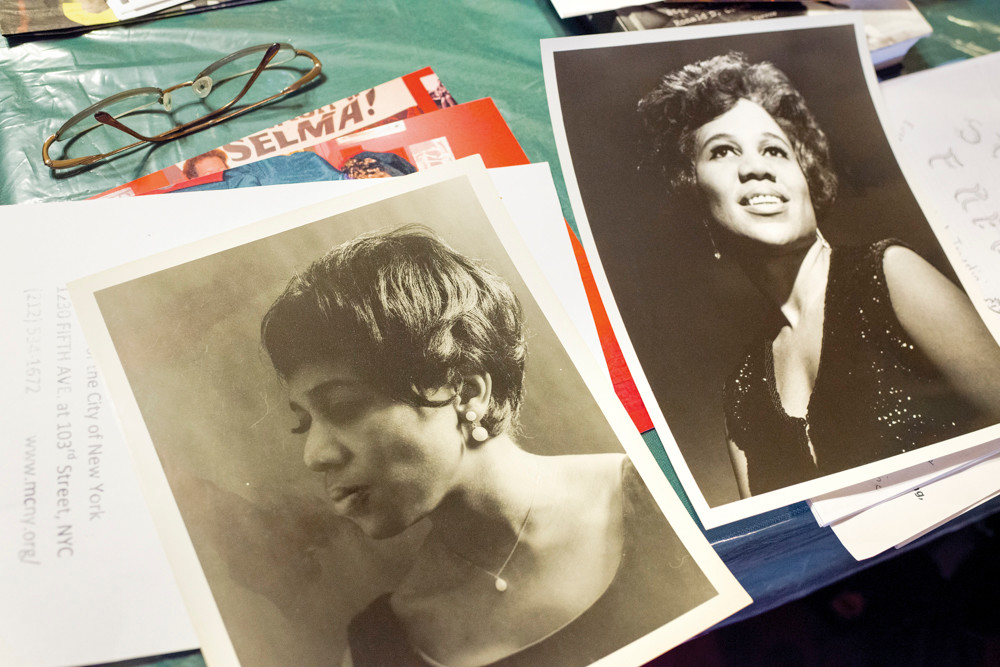 Folk singer and Riverdale resident Delores 'Dee' Dixon in photographs from the1960s and 70s.
Adrian Fussell / The Riverdale Press
Previous Next
By Will Speros

Riverdale resident Delores “Dee” Dixon was a key witness to the dawn of the civil rights movement and activism in the United States. That pivotal era in the nation’s history, and the artists  who helped inspire the revolution, are celebrated in an exhibition currently on display at the Museum of the City of New York. Ms. Dixon said she was more surprised than anyone to learn she was among the folk musicians featured in the show.

“It was like an out-of-body experience,” she said of receiving the museum treatment. “You see it and you say, ‘Did I die?’ It was really strange.”

Those well versed in the genre might recall Ms. Dixon as the sole female member of The New World Singers, a folk group that included Gil Turner and Bob Cohen. The band recorded one of the earliest versions of a protest song made famous by Bob Dylan, “Blowin’ in the Wind.” A close friend of Mr. Dylan’s, Ms. Dixon claims he wrote the song in her Harlem apartment, drawing inspiration from the tune of a spiritual she used to sing.

“We were good friends,” Ms. Dixon said of the folk legend. “He loved my grandmother’s cooking.”

While living in Harlem during the 1960s, Ms. Dixon made music alongside Mr. Dylan and Pete Seeger, all in the name of social change.

“We were all buddies. We were a bunch of nobodies together. Our main hookup was to participate in the civil rights movement,” she recalled.

Ms. Dixon stumbled upon a video of herself performing with The New World Singers while visiting the museum. She returned to tour the exhibit again with friends and even performed with her former bandmate Mr. Cohen.

The New World Singers traveled through the South with other musicians and activists during the 1960s. Their performances often bookended the keynote addresses of Dr. Martin Luther King Jr. During the tours, Ms. Dixon also worked as a planning member for the Student Non-Violent Coordinating Committee, one of the major civil rights organizations of the time.