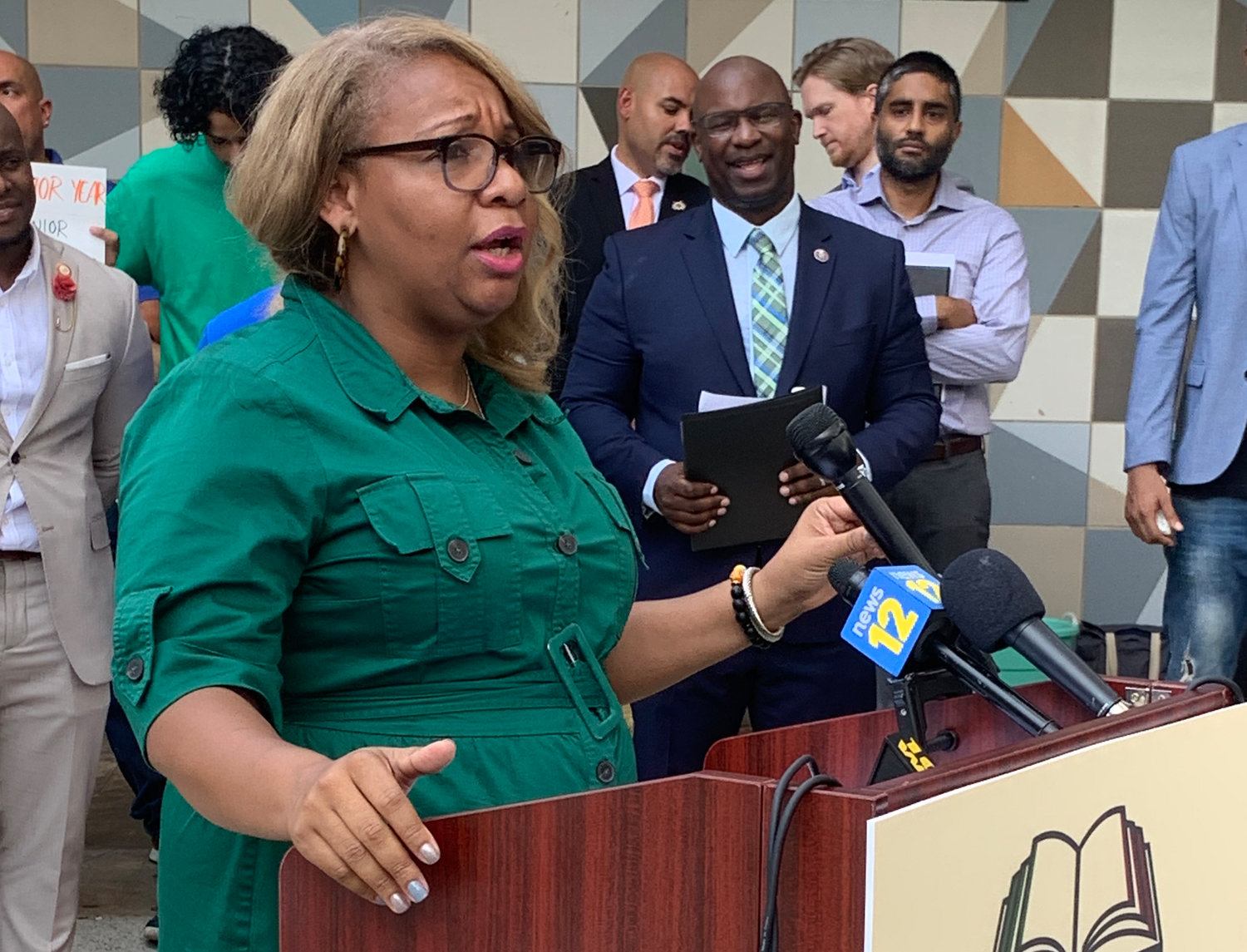 Meisha Porter will depart as New York City's schools chancellor at the end of the month after just nine months in office. That will allow Eric Adams to pick his own public schools leader when he takes over as Mayor in a few weeks.
MICHAEL HINMAN / File
By SARAH BELLE LIN & MICHAEL HINMAN

It's hasn't been quite a year, no less an academic year. But New York City will have to say good-bye yet again to a schools chancellor. Except Meisha Porter was one working in City Hall with deep Bronx roots.

It also will be the end of a 25-year career for Porter in public schools, as she's set to become the chief executive of the new Bronx Community Foundation, an organization intent on further developing economic activity in the borough.

In a Twitter statement soon after the announcement, Porter described the foundation as one "dedicated to eradicating inequity and uplifting all Bronxites."

Later that morning, Porter attended a "key ceremony" that establishes the new Bronx Children's Museum at a former power plant building near the Bronx Terminal Market and Yankee Stadium. She told The Riverdale Press after the event that while she expects there to be a smooth transition to the next schools chancellor, she has no intention of being a lame duck.

"I am all about what's best for kids and families, so any way that I can help the transition team, I am going to help them," Porter said. "I also plan to do this job every day that I am in this seat. So I just made an announcement, but I haven't transitioned yet. I am still going to be chancelloring every single day."

Porter started her career as an English teacher before moving into school administration, primarily as principal at the Bronx School of Law, Government and Justice. She became Bronx executive superintendent. During her time there, Porter was credited with boosting graduation rates in the Bronx — far ahead of any other borough in the city.

Mayor Bill de Blasio tapped her as the city's first Black female chancellor last March, replacing Richard Carranza, with a system very much in turmoil as it was trying to transition back to on-campus learning in the wake of the coronavirus pandemic.

"Throughout her entire career, Meisha Porter has shown up for the children of New York City," de Blasio said, in a statement. "Together, we fully reopened our schools, launched an historic academic recovery for students, and made unprecedented gains for equity in our school communities.

"She has worked tirelessly and fearlessly to make sure our kids get the high-quality education they deserve. There is no doubt in my mind that she will bring the same determination and passion to her work serving Bronx families."