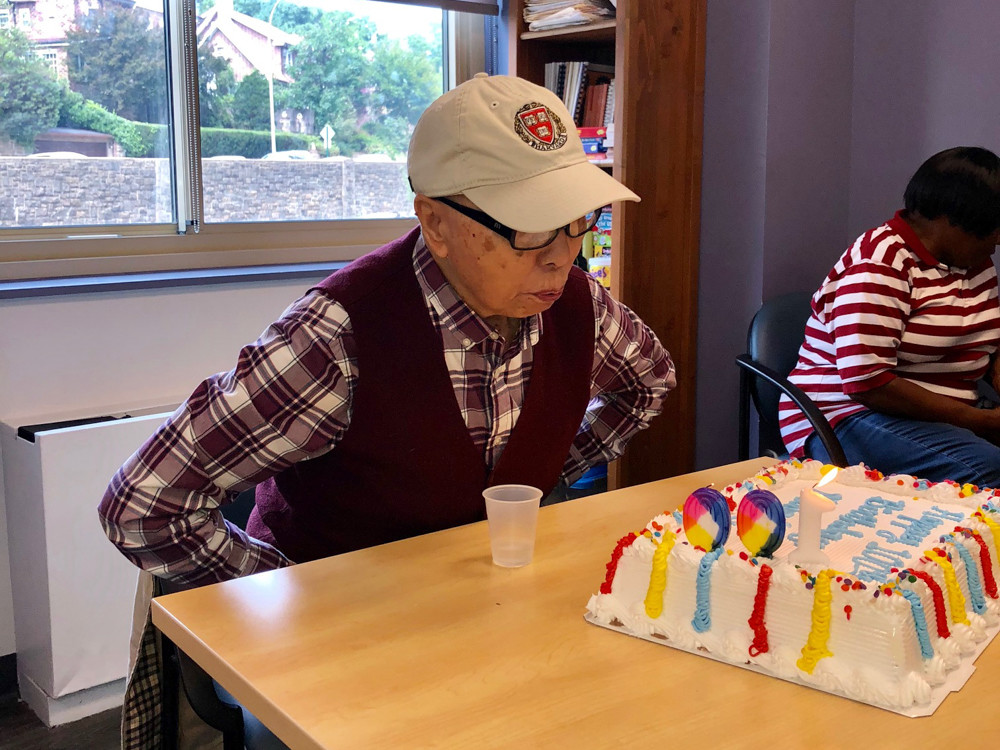 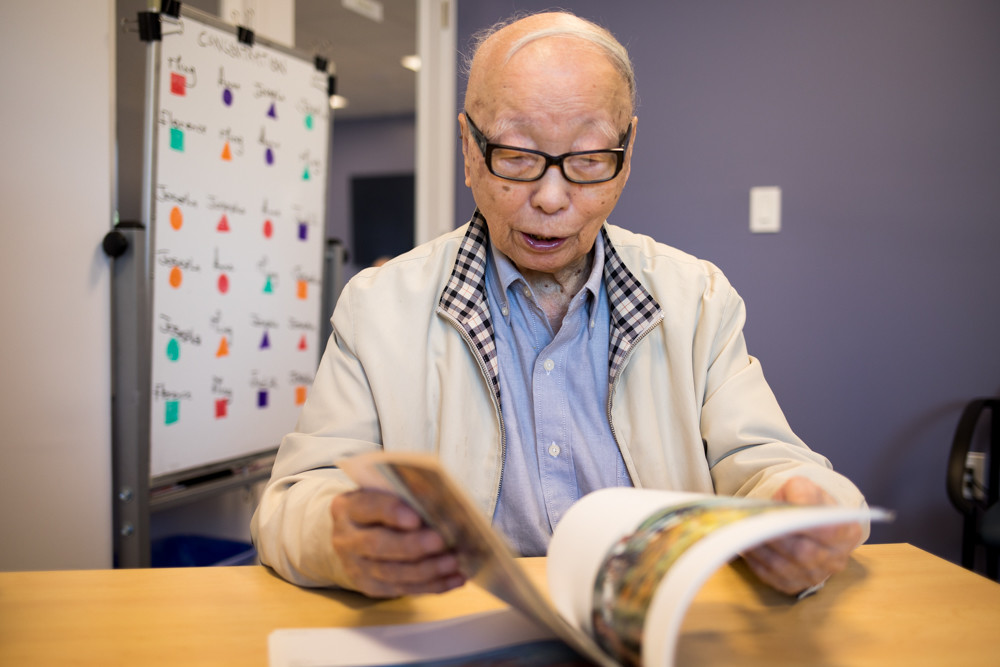 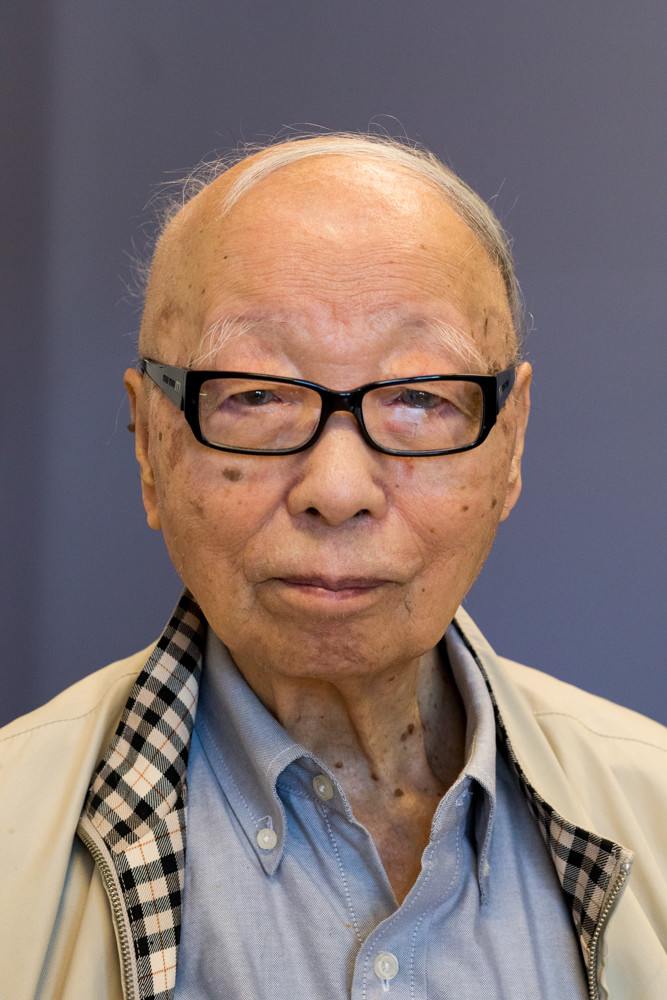 Ming Chin turned 100 on Aug. 27. Originally from China, Chin came to the United States when he was 39. Chin attended Harvard, and later worked for an engineering firm at the World Trade Center.
Courtesy of Riverdale Senior Services 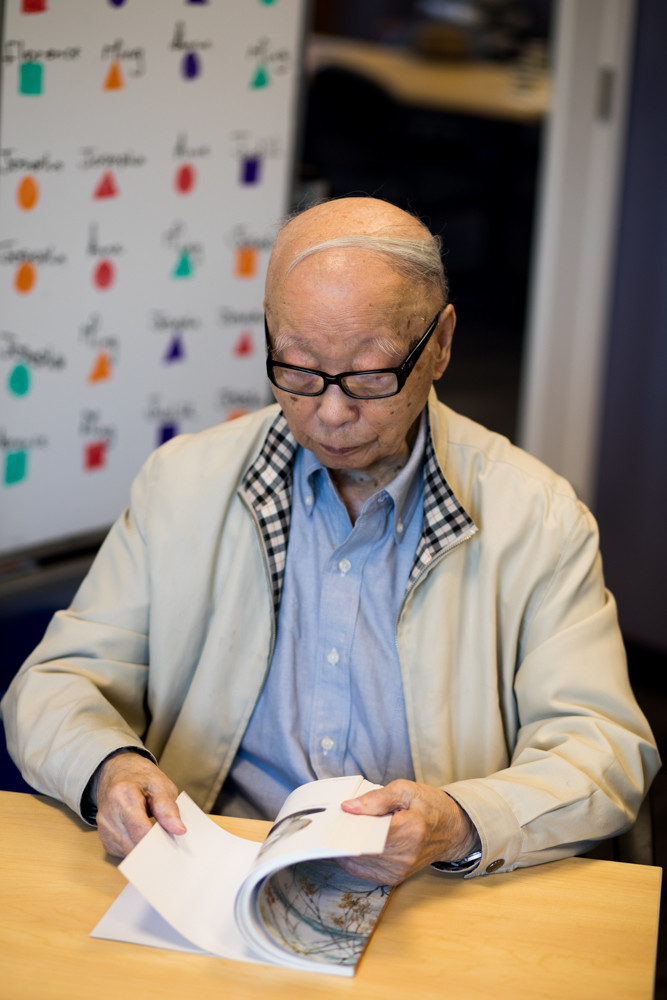 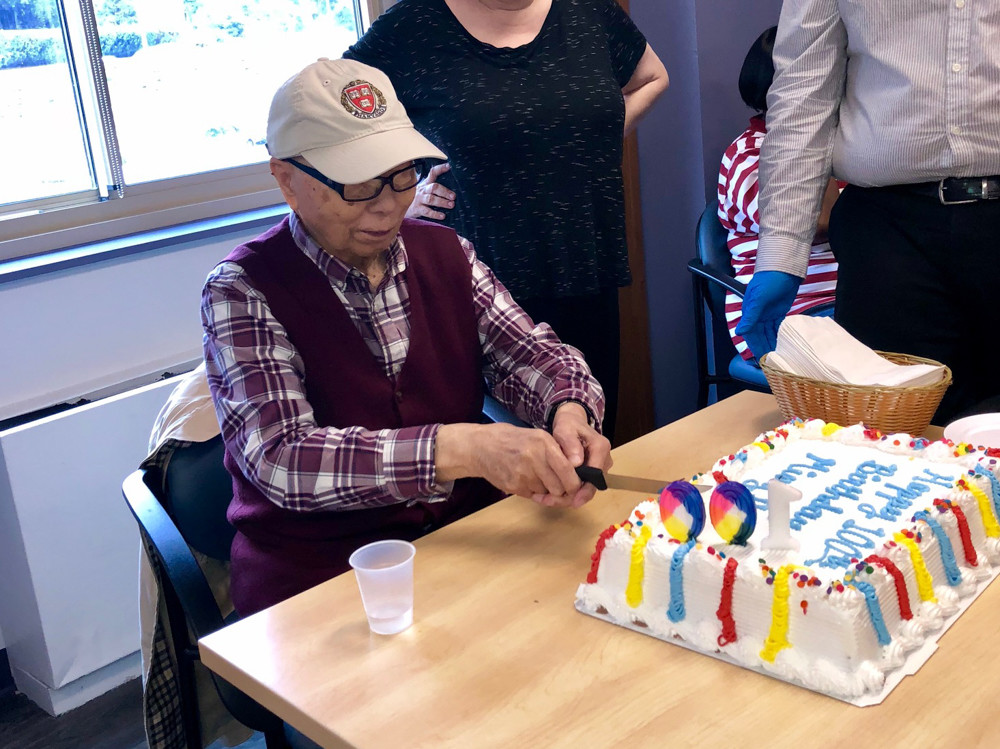 Ming Chin celebrated his 100th birthday with his friends at the Riverdale Senior Services a couple weeks ago. But the man who refused to retire almost had that life cut short 17 years ago.

Chin was 83 when two airliners crashed into the World Trade Center on Sept. 11, 2001, and was just about to step into one of the tower buildings for work when he saw the first plane.

Chin suffers from mild memory loss, there are many things the centenarian has held in his mind to this day. Through the support of his children and the non-profit agency’s early memory loss program, he furthers himself from loneliness, depression and boredom— the secondary issues of memory loss.

At the time of the terrorist attack, Chin worked as vice president of EBSCo, an engineering company that had offices at the World Trade Center. Although he was long past the age he could retire, Chin showed up every day because he loved the people there, he said, and the people loved him.

Born and raised in Shanghai, Chin arrived in America when he was 39. He married a Beijing-born woman, Grace, who had graduated from the Massachusetts Institute of Technology, and they raised two children together.

Chin’s life allowed him to travel the world, something that has come in handy when it comes to his memory exercises at RSS and he’s asked to try and recognize famous places. Chin definitely knows a few. He’s been to Taiwan, Japan, China and Switzerland just to name a few.

Although the program is not geared toward restorative or classic medical therapy, it does work to stimulate the participants’ minds, said Peter Swanson, the program director for RSS’ adult day program for early memory loss.

“I would describe this less like a class and more like a social club,” Swanson said. “We are here every day, Monday through Friday, and what we do is different each day.”

Participants answer trivia questions ranging from history to science as well as other mental and physical exercises, designed to stimulate the mind as well as the body.

For Chin’s birthday, instead of their usual stretches, the class decided to do tai chi, his favorite workout. Long before he was doing ancient Chinese martial arts with his class or putting in 20 minutes on the treadmill, Chin studied at Harvard University, earning his master’s in civil engineering.

“It’s lovely because Ming is such a wealth of wisdom and knowledge and experience, that I’ve learned a lot from over the little more than three years that I’ve known Ming,” Swanson said. “He’s shared many wonderful stories.”

Although Chin is in the program he remembers a number of things, like communist China and its newspapers, how his Volvo protected his wife during a car accident, and how much he enjoys ice cream cake.

Working with Chin, Swanson finds the key to working in this field is care.

“I think the most important thing of all is really to have a love of people and compassion … because that’s really what we do,” he said. “We come together as a group of people … and we want to create a sense of community and togetherness, and that’s the most important thing. You really just have to love people to look around whatever challenges a person has and not miss the person.”

Chin finds the Riverdale Senior Services program to be filled with people who are very concerned about the welfare of its participants. Although his mind is not what it used to be, the 100-year-old birthday boy is content with his age — and his life.

“I am very happy here,” Chin said. “Quality of our life is what counts. It doesn’t matter how long you live, if your quality of life is good that’s OK.