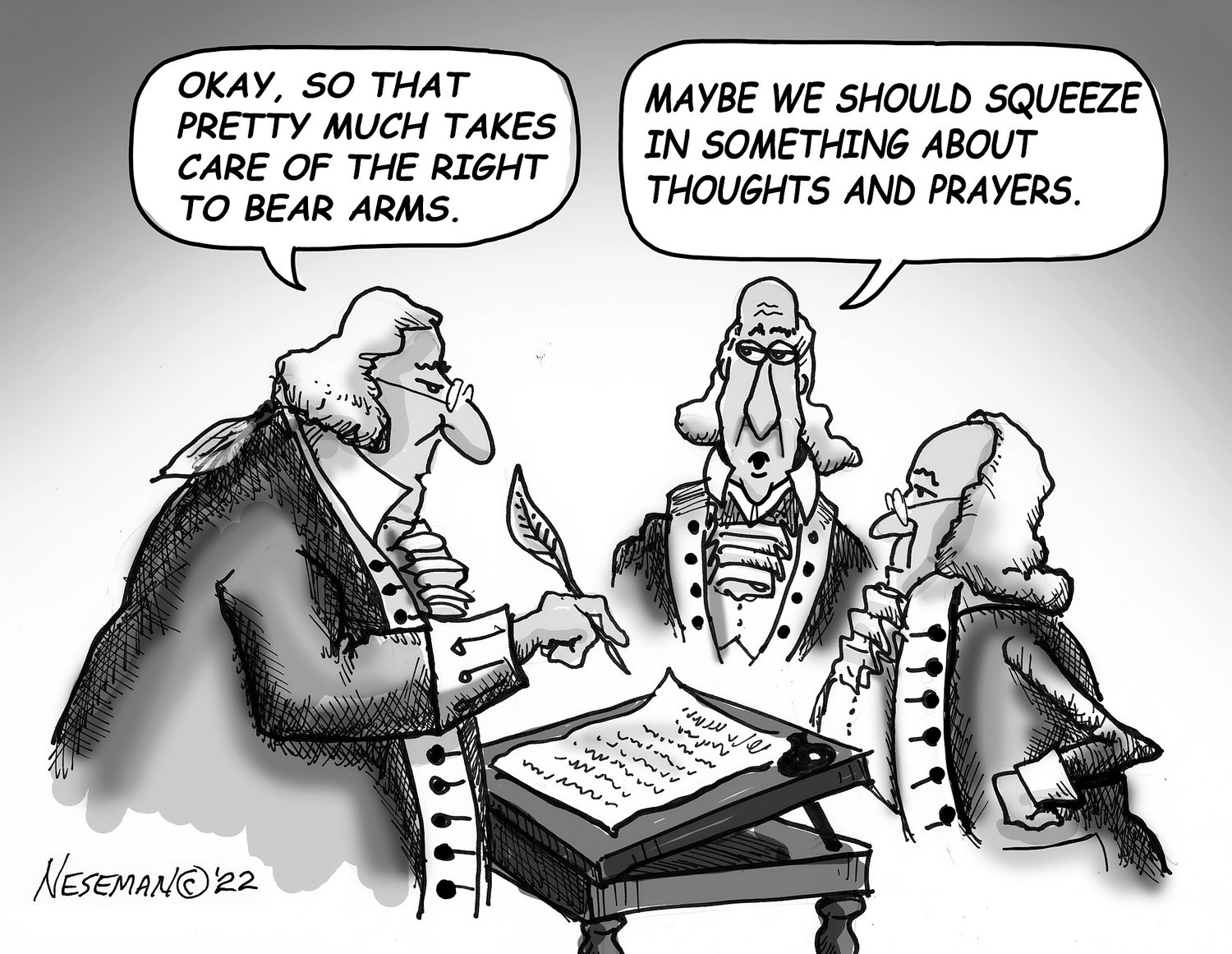 These violent crimes over the past several weeks are jarring to those who live in these neighborhoods where those crimes occurred.

Some blame this recent citywide — and even nationwide — trend on the coronavirus pandemic as the world reopened. Others have blamed the 2019 New York state bail reform law, which they claim has allowed nonviolent criminals back into the streets to become violent ones.

Citywide, the only decrease in violent crimes was in homicides, which fell 9 percent.

Rape was up 16 percent, and felony assaults 18 percent.

Why should you care about these figures? Other than worrying about you and your family’s safety, most of us believe crime is one of the most urgent issue facing New York City, at least according to a recent Quinnipiac University poll of registered voters.

In that poll, nearly half say crime is the most urgent issue. Another 15 percent name affordable housing, while about 12 percent identify homelessness as a pressing need.

The numbers don’t change much among Bronx voters.

Two telling signs from the poll are the approval ratings for Mayor Eric Adams and his police commissioner, Keechant Sewell, in the area of crime prevention. While the numbers are not exactly in President Biden territory, they are not glowing endorsements. Just 37 percent of voters citywide — and 28 percent in the Bronx — approve of the way Adams, a former New York Police Department officer, is handling crime.

As for Sewell, those numbers are a little better — 44 percent citywide, and 37 percent in the Bronx.

Mind you, this poll represents the thoughts of 1,249 registered voters taken at the end of April.

And doesn’t consider Adams’ June 2 announcement of a gun violence prevention task force. His thinking is that he wants to prevent gun-related crimes before they happen.

“Gun violence is a struggle that has encompassed every part of our society, so we must do all we can to keep guns off our streets,” Adams said. “We need a holistic approach to confront it head-on.”

Task force members are expected to meet regularly to solve problems in real time, ensuring that all agencies are held accountable for making — and keeping — New York neighborhoods safe. Its scope is to connect with communities most impacted by violence, identifying gaps in services and programming, expanding programs with a proven record of success into underserved areas, and opening the door for more collaboration among city agencies.

But will the task force in and of itself work? Will it really prevent such crime?

Again, look at the Quinnipiac poll for possible answers to these questions.

Maybe one of the answers to preventing such violent crimes is to get back to the old-fashioned idea of having more police officers walking the beat and really getting to know the people in the neighborhoods they cover. It’s a larger expansion of its existing neighborhood coordination officers program.

Doing so will make the NYPD less of a reactive force of troops and more of a proactive one.

These beat officers can get more tips about crimes that might occur while knowing more about the people they serve.

Saving a life in the blink of an eye