Neighborhood says no to homeless shelter 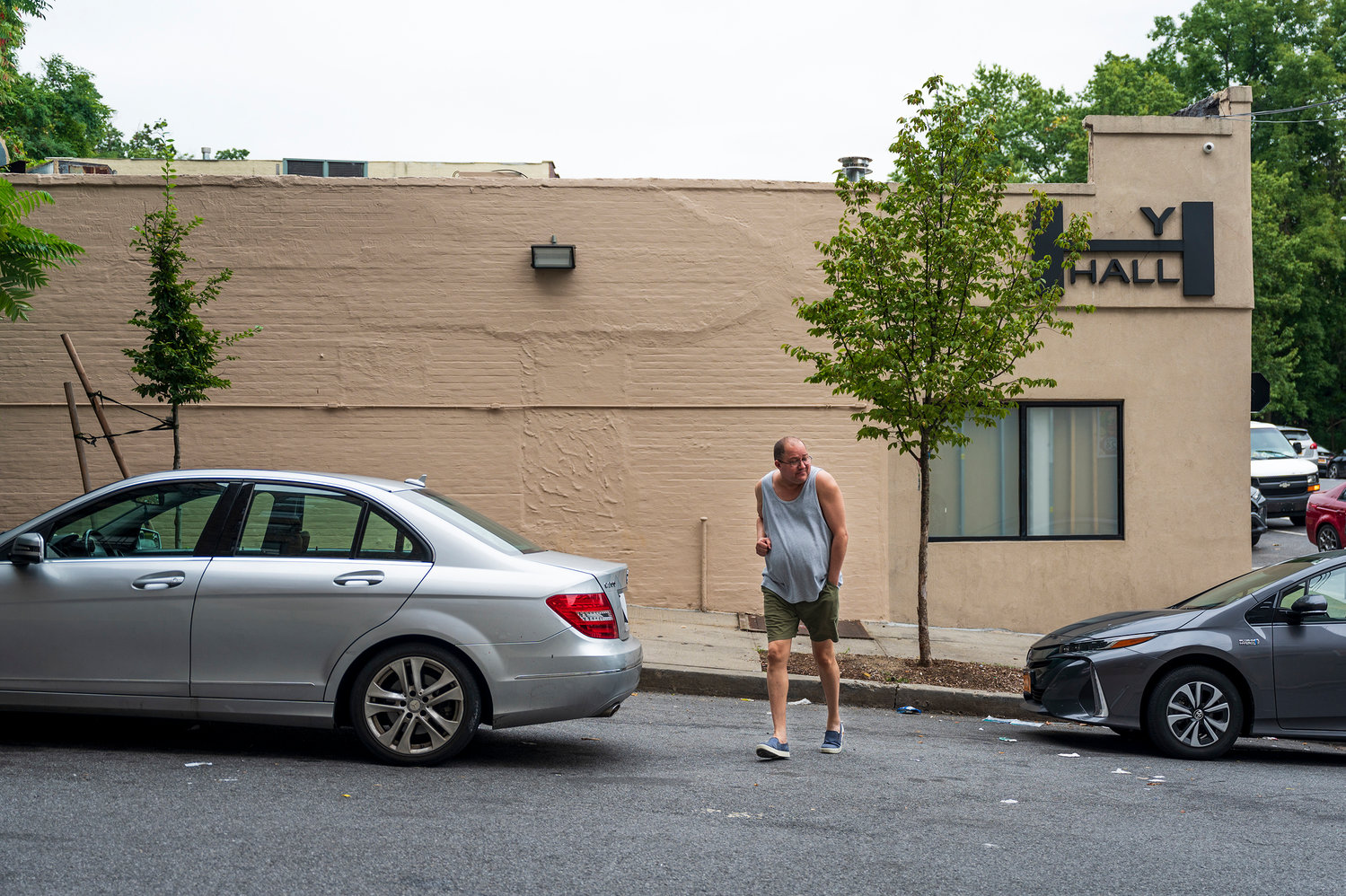 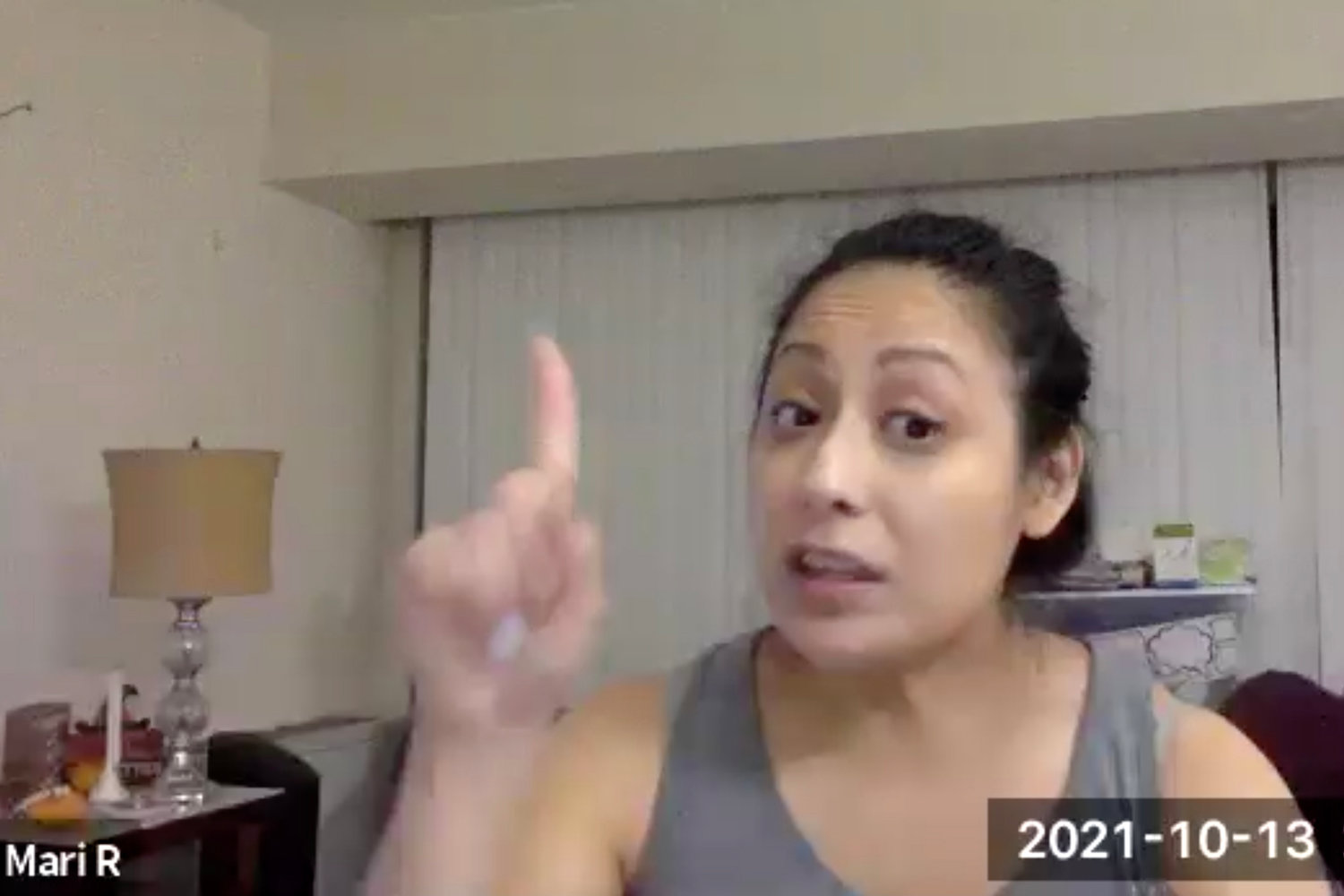 Residents voice their concern over the city’s plan to build a homeless shelter at 6661 Broadway, opening to 130 men across the street from Van Cortlandt Park by 2023.
Courtesy of Bronx Community Board 8 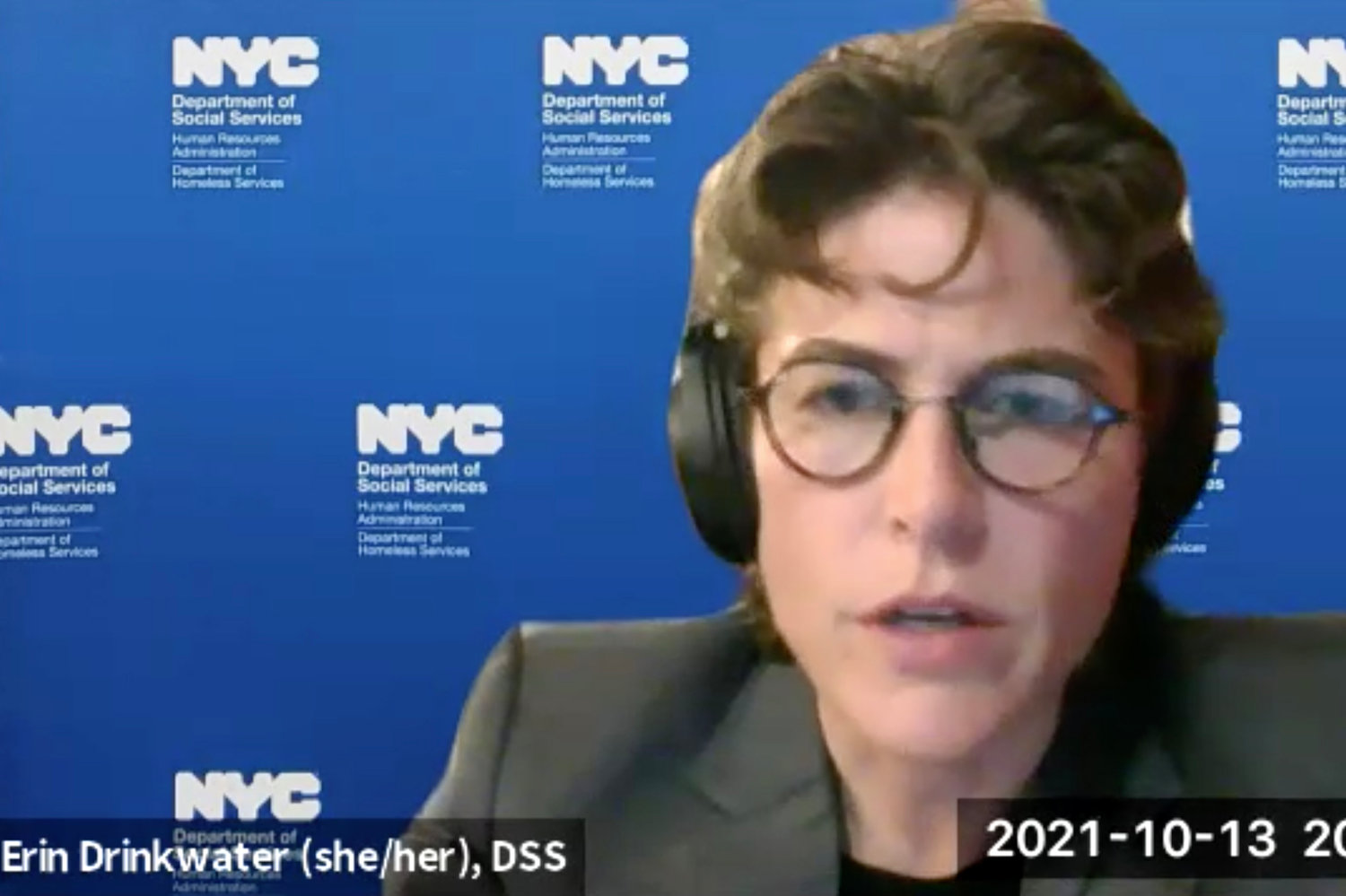 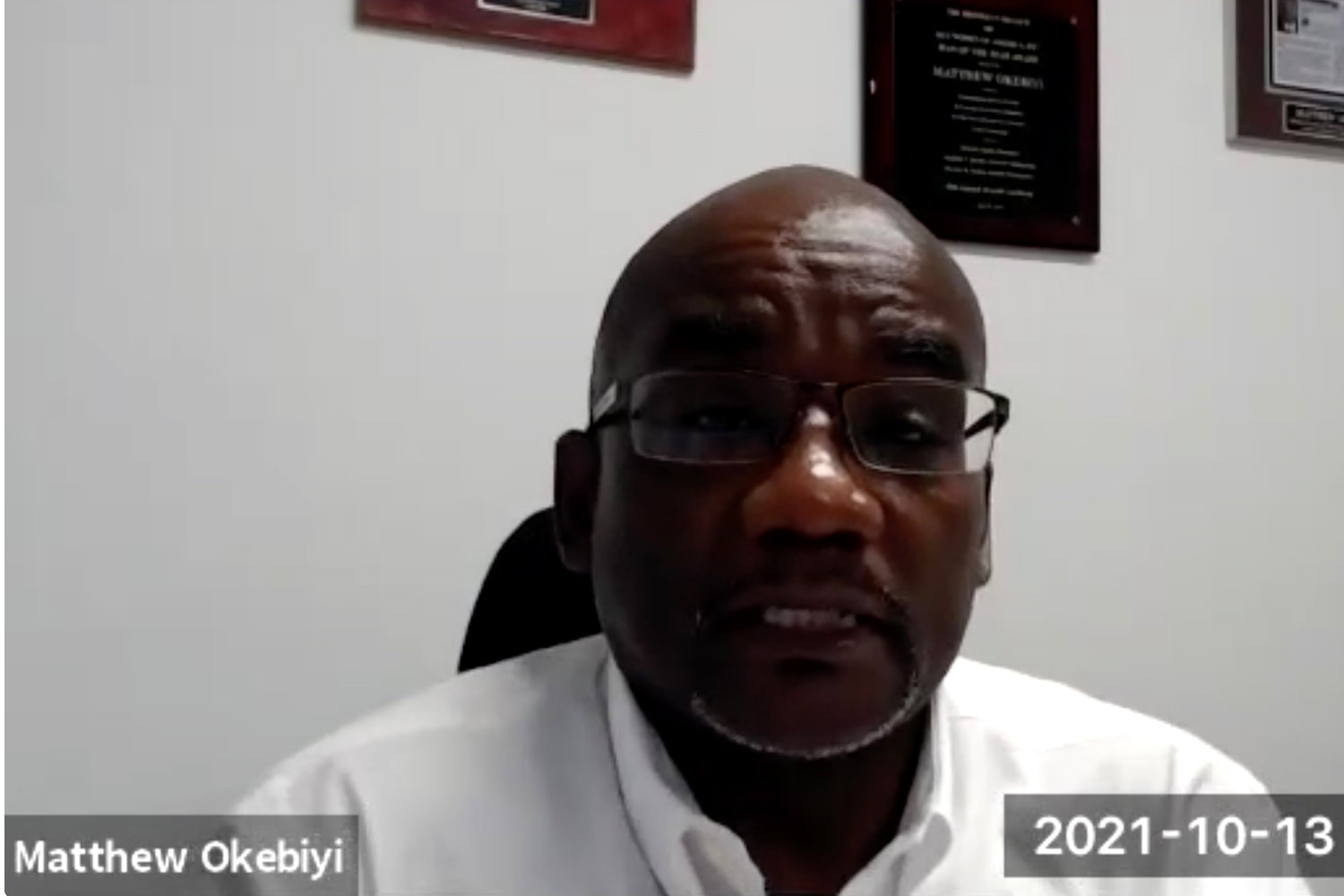 Matthew Okebiyi, chief executive of the African American Planning Commission — set to run the proposed homeless shelter at 6661 Broadway — expects the facility will house 130 men when it opens in 2023.
Courtesy of Bronx Community Board 8 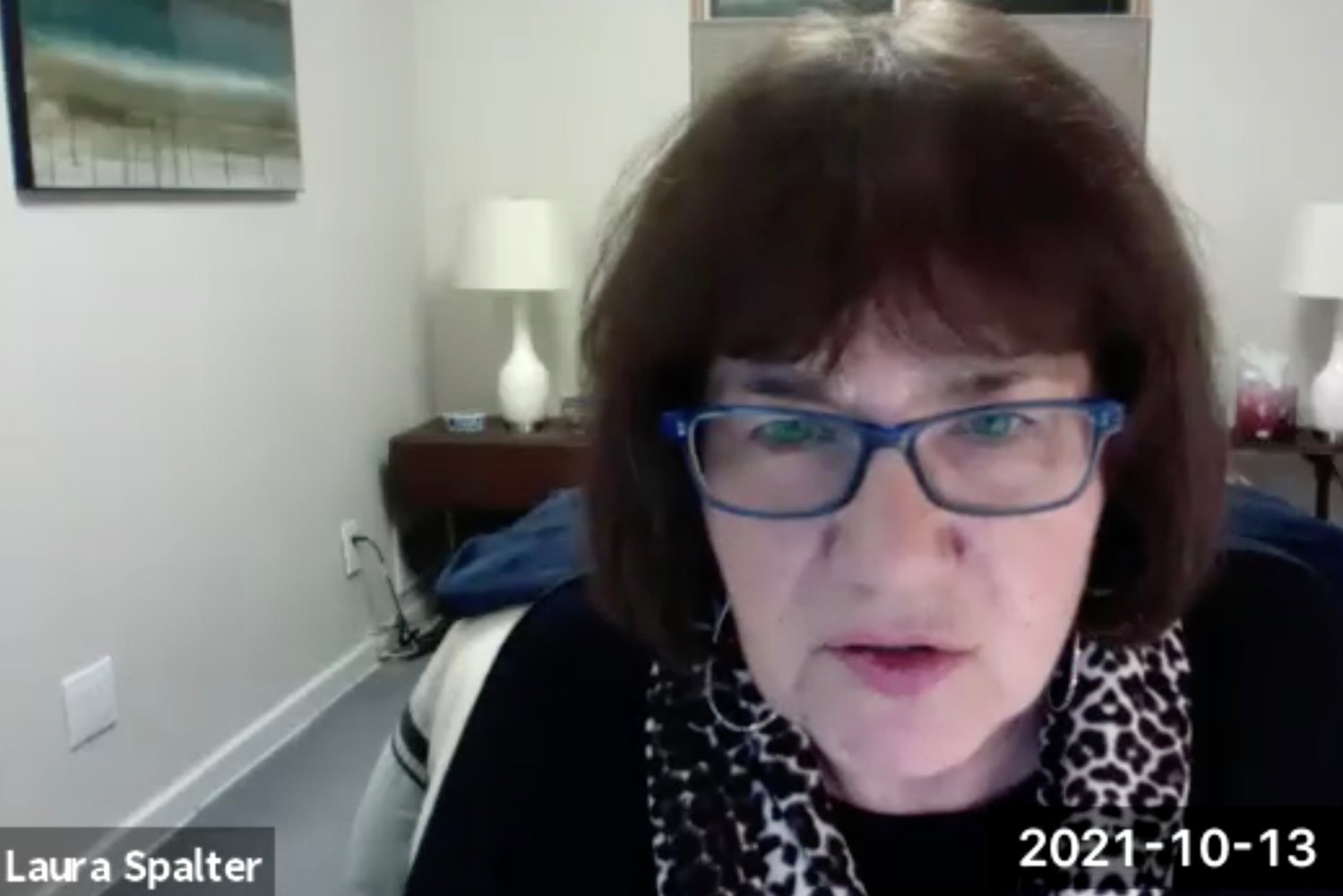 Community Board 8 chair Laura Spalter expressed concern over the city’s plan to build a men’s homeless shelter at 6661 Broadway in 2023. Spalter made a name for herself years ago in her efforts opposing facilities in this part of the Bronx that serve the homeless.
Courtesy of Bronx Community Board 8
Previous Next

There's already problems and existing homelessness in this area. To add to that is a death sentence for the community.”
ALI ACEVEDO-HERNANDEZ
Support journalism

Battle lines were drawn last week over the imminent development of a homeless shelter just south of the Yonkers city line.

Community Board 8’s health and hospitals committee was the first to take up the facility, which is expected to open at 6661 Broadway in 2023.

Many selected to speak by committee chair Omar Murray weren’t happy about the city’s plan to bus in 130 single homeless men across from Van Cortlandt Park. In fact, Edward Homola says he’s concerned about the safety of women and children who traverse this portion of Broadway throughout the evening hours. He briefly recalled confronting two men just that morning he said were pilfering through the garbage on his property.

“We are inundated with homeless people as it is,” Homola said. “There’s no clarification as to why you’re going to choose our neighborhood.”

Erin Drinkwater, a deputy commissioner with the city’s social services department, said her agency looks to spread such shelters out throughout the city, including more than 100 such facilities in the Bronx alone. Continuing Mayor Bill de Blasio’s policy of abandoning scatter-sites in favor of more centralized locations where social services can be better offered, any organization looking to run such a facility are required to show the city they have control over a site, and can build to suit when needed.

Drinkwater’s department also takes a moment to make sure too many shelters aren’t focused on one specific area, submitting what she described as a “fair share” determination, taking into account any existing facilities nearby.

“In addition to the fair share, we also do an environmental assessment study ensuring that the location is not impacted,” Drinkwater said. Although a family transitional facility exists just down the road at 5731 Broadway, the deputy commissioner wouldn’t say how its presence would affect this new proposed shelter, it if would have any impact on it at all.

Ali Acevedo-Hernandez says her community has enough issues now to deal with.

“There’s already problems and existing homelessness in this area,” Acevedo-Hernandez said. “To add to that is a death sentence for the community in a way where you don’t need to speculate when you already know what’s coming.”

Acevedo-Hernandez isn’t convinced adding the shelter would do her neighborhood good, let alone be effective in helping the city’s current homelessness problem.

Moreover, Acevedo-Hernandez says the city’s rush to develop the shelter is leaving many of her neighbors out of the loop.

Julissa Freire, who owns a nearby school for young children, also voiced her frustrations with the city’s plans. She fears many of those who ultimately take up residence at 6661 Broadway will have criminal backgrounds or be registered sex offenders. With ground not even broken yet for a facility that won’t even open until 2023, Drinkwater says it’s impossible to anticipate at this point who exactly will be spending time at the shelter. However, what 6661 Broadway won’t be is a walk-up shelter, the deputy commissioner added, meaning many staying there will be longer-term.

Yet, opposition to the shelter was far from unanimous.

Steven Exler, a senior rabbi with the Hebrew Institute of Riverdale, says he looks for opportunities to connect with the different men who could call this part of Broadway home — at least temporarily.

“Speaking for myself, (I) very much want to echo the sentiment that we want to do what we can in our neighborhood to support those who are experiencing homelessness,” Exler said. “We want to find a project that will be effective and successful, and I would like to support it.”

Matthew Okebiyi might not be able to say much about who will move two years from now in if the shelter plan moves forward, but one thing he does know — their living there will require them to live by the rules of the facility. That includes a 10 p.m., curfew. Okebiyi runs the African American Planning Commission, the non-profit set to build and run this new facility.

Any resident violating curfew? They’ll find themselves transported to a different shelter.

Those expecting to stay at this particular shelter when it opens will be processed in Manhattan, and typically stay for a year. The city screens potential shelter residents on a number of issues, including ways they could avoid needing a city shelter altogether.

Anyone who does move in won’t be kicked out when the sun rises. Instead, under a new city policy, anyone assigned to a shelter are allowed to stay there — even during the day — giving them the opportunity to take advantage of a number of counseling services such centralized locations will offer, Drinkwater said.

On the political side of the discussion, the shelter received no clear support from local electeds, including from father and son lawmakers Assemblyman Jeffrey Dinowitz and Councilman Eric Dinowitz.

The elder Dinowitz said despite his work in Albany improving housing and preventing homelessness, he believes the plan to place the shelter in North Riverdale was poorly thought-out. He said he’s not surprised just the proposal has caused some of the controversy it already has.

“I am unable to support this proposal,” the Assemblyman said. “In fact, I strongly oppose it.”

Meanwhile, state Sen. Alessandra Biaggi and U.S. Rep. Jamaal Bowman have yet to take a position on the shelter, telling the committee through aides they were still listening and considering what the overall plans were for this shelter. One staffer told The Riverdale Press following the meeting that such decisions are made on the city level, and there is only so much lawmakers can do at the federal or even state level.

The 6661 Broadway property is currently owned by a Rockland County limited liability corporation that bought the site in 2016 for $1.47 million, according to property records. Okebiyi’s organization is expected to buy the land and construct the facility the shelter will use. A preliminary description of the facility says it will include recreational and kitchen areas, but will assign multiple people to individual sleeping spaces.

Charles Moerdler’s land use committee is expected to be the next CB8 committee to take on the issue, although discussion of the shelter has yet to be publicly announced.