CB8's traffic committee votes against upgrades to intersection despite DOT 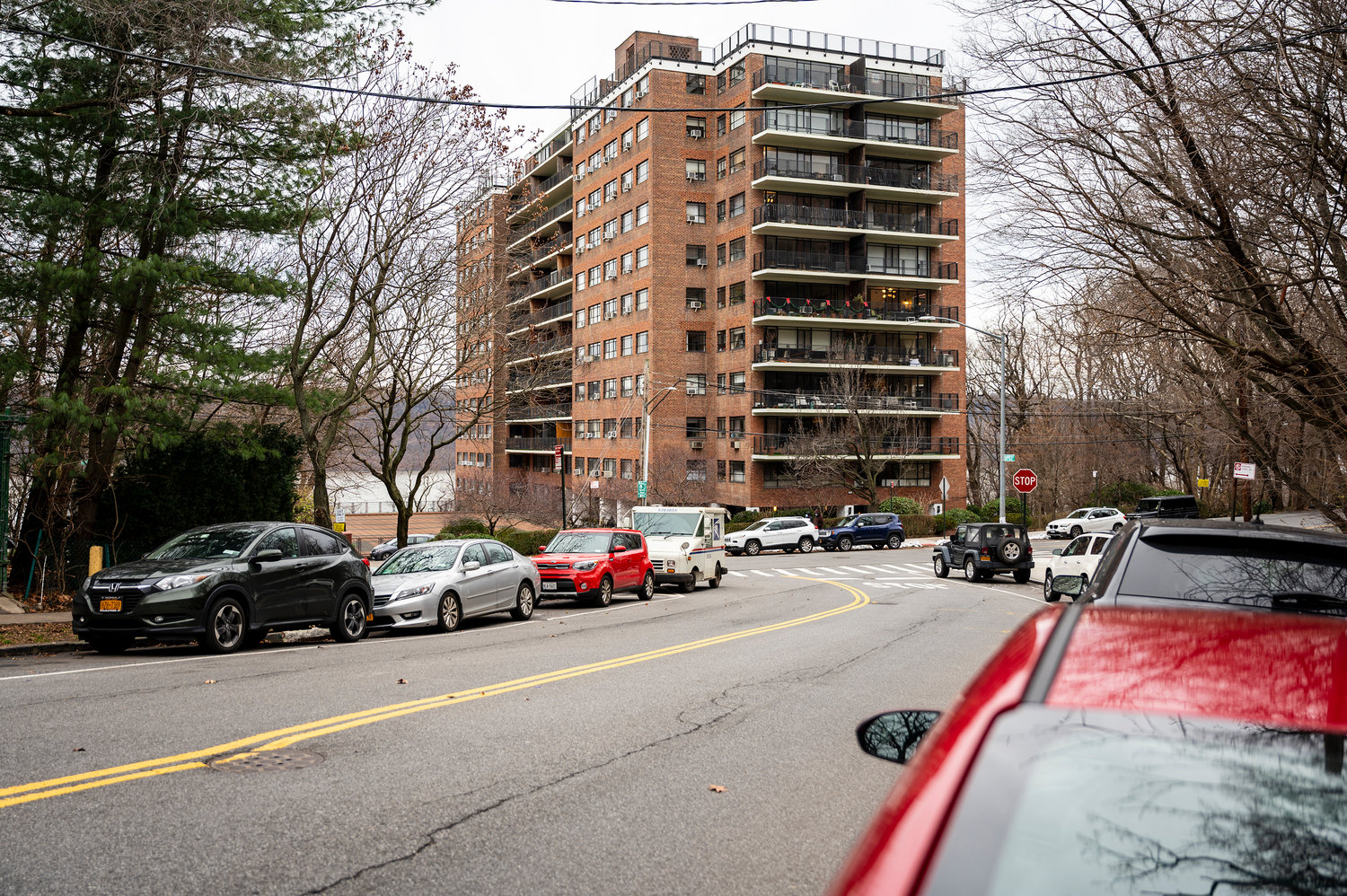 The city’s transportation department plans to scale back the curbs at Kappock Street and Palisade Avenue, but face pressure from neighbors who claim previous ‘upgrades’ actually made that intersection worse, especially when it comes to draining water — causing what they say were significant floods during last summer’s storms.
HIRAM ALEJANDRO DURÃN 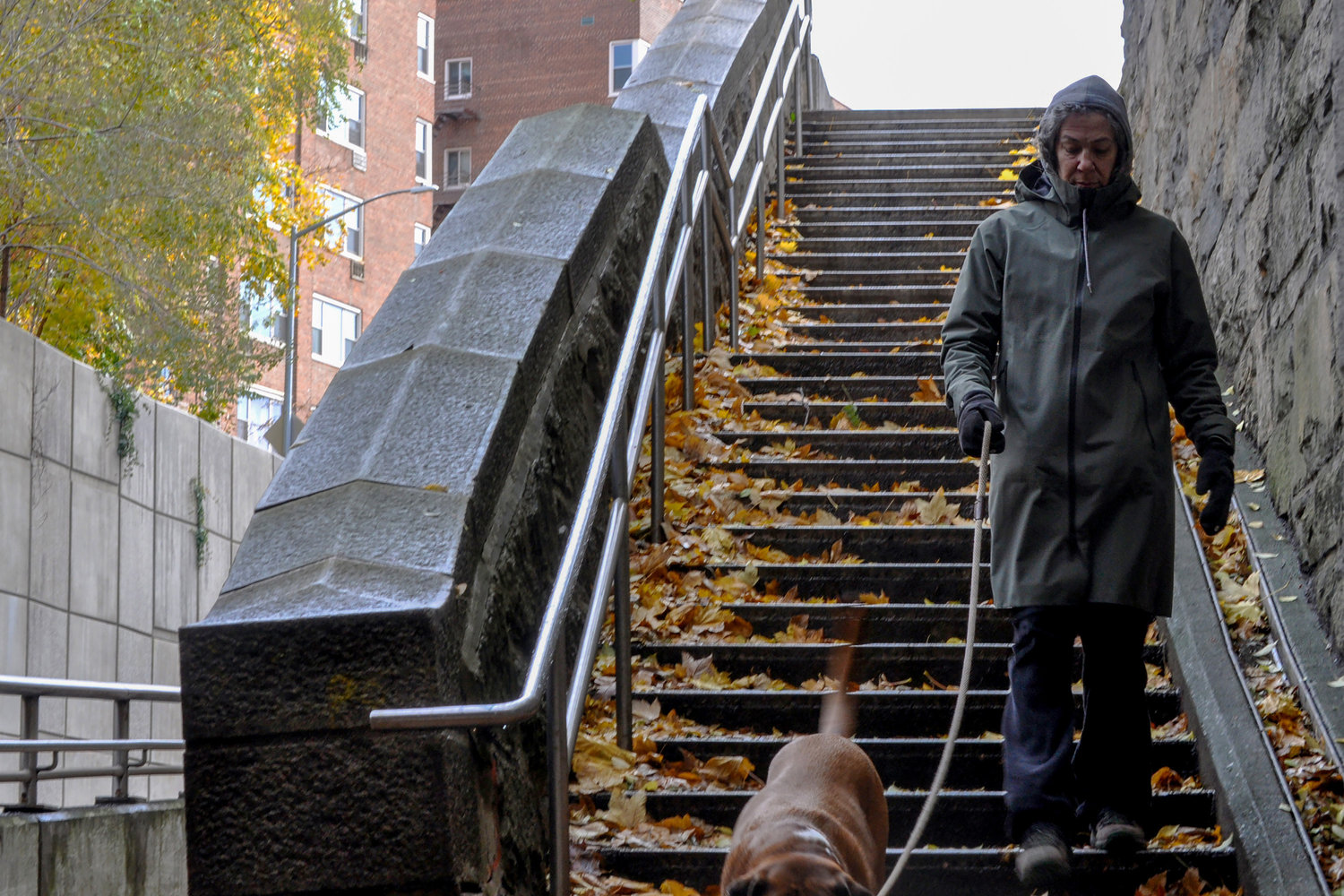 People who live near the intersection of Kappock Street and Palisade Avenue believe the city’s transportation department made flooding a serious issue with a recent ‘upgrade.’ And now they have Community Board 8’s traffic and transportation committee on their side, which recently voted to reject the city’s planned redesign.
SARAH BELLE LIN/ File
Previous Next
Local sales tax revenue on the rise

Although a winter wave of the coronavirus pandemic may not have helped to much, there are some signs New York City’s economy is recovering — especially after word that sales tax revenue is up significantly over the previous year.

That included increases in nearly every borough, although DiNapoli didn’t share what boroughs — if any — may have actually slipped in sales tax collection.

But that growth was nothing compared to a couple counties upstate. Rockland County’s revenue jumped more than 50 percent, while Cayuga County climbed 41 percent.

It was quite a late rebound for the city, which started 2021 with a 13 percent drop compared to pre-pandemic collections in 2020.

But by the mid-point of the year, the city was up 44 percent — bringing it in line with most other regions in the state, except Long Island, which chalked up a 60 percent increase in sales tax revenue in the second quarter.

But all the other regions cooled in the third quarter, except New York City, which jumped another 28 percent.

These numbers are just estimates, however, since the state only does a full accounting once a quarter. That next accounting is expected to be completed within the next week or so.

First came the long stretches of previously unpaved roads. Then one complaint became the first drop in a bucket, filled by a torrential downpour of protests.

It’s as if we’re on the road to nowhere, and stuck in a purgatorial loop — and it’s right where Kappock Street and Palisade Avenue meet.

It all came to a screeching halt — at least as much as Community Board 8 can stop it — Dec. 16 when its traffic and transportation committee came out against the city transportation department’s plans to upgrade Kappock and Palisade.

What’s ironic is DOT is trying to undo some of the work they did to the intersection previously — work neighbors claim has increased flooding risks exponentially for their buildings. Especially after last summer’s storms.

“What we have proposed is that we will remove substantial concrete from the center of the extensions,” DOT spokesman Keith Kalb told the committee head of the vote. “We would be shaving back the curb.”

“The concerns were really about the curb cuts,” Travis said. “And whether the curb cuts were going to be adequate for draining the water toward catch basins.”

Heeding the flood of complaints, DOT planned to cut back and realign the curb on the north island on both the east and south sides of the intersection. To continue calming traffic and turning vehicles, DOT is considering installing center channelized pavement markings and “quick curb” — a raised median divider with mounted panels.

But if DOT was hoping for support from CB8, they were disappointed. Instead, Travis’ traffic committee said no. That doesn’t necessarily derail planned upgrades at the Spuyten Duyvil intersection, but if DOT does move forward, it will have to do so in spite of CB8.

Instead, Travis and other neighbors around the Kappock and Palisade intersection simply want that stretch to be restored to its original condition, which they say had much better management of stormwater runoff.

The curbs were originally expanded in October 2019 in an effort to improve pedestrian safety following complaints about how wide the roadway was. While some neighbors say they’ve seen fewer speeding and dangerous driving manuevers at the intersection, a new enemy has cropped up: heavy rain.

Two storms last summer — including the remnants of Hurricane Ida — brought a reckoning of record rainfall. And flooding, too — like at 2727 Palisade Ave., where Mary Serri lives.

“As you know, the building has been flooded twice,” Serri told the committee. “How do you propose to stop rainwater coming straight down the street?”

Kalb did admit the “substandard sidewalk and curb on that side of the roadway” was indeed a contributing factor to the flooding. At the same time, however, he also called Ida a “once-in-a-lifetime situation.”

The remnants of another storm — Elsa — also left 2727 Palisade with water where it shouldn’t be. And that was before what was left of Ida blew into town.

But because Ida dropped so much water into the neighborhood in such a short time, the low curbs were compromised, Kalb said and therefore flooded.

“We don’t think (the flooding) was caused by the improvements that we made,” he added in defense.

But DOT came ready with a proposal anyway. If all goes well, the city anticipates water will follow the curb line toward two catch basins near the eastern side of the intersection.

“With the realignment of the curb on the western side of the street — on the co-op side — and the raising of that sidewalk and curb,” Kalb said, “all of those things together will minimize the water flow.”

Bioswales or green space to catch additional stormwater are also options being considered. If not bioswales, DOT may propos installing porous pavement along all sides of the curbs.

But who will pay for it all? Outside of planned work by Con Edison the cost of fixing the sidewalk and curb will be the co-op’s responsibility.

One owner at 2727 Palisade, Miguel Hummel, sees two problems with DOT’s proposal. One is with the catch basin, which he called “essentially useless at this point,” although he supported the addition of bioswales or porous pavement.

His other issue is with the DOT expecting the co-op to foot the bill.

“They are the ones that caused the damage directly to the building,” Hummel said. “And I don’t even live in that building.”

Forgione, at least as far as the co-op is concerned, acknowledged in November the sidewalk adjustments would come at the city’s expense. But it’s not clear if that is indeed the case.

What is clear — at least to some residents — is that this is not even a Band-Aid to fix the problems they say DOT created in the first place.

“The crux of it is that this plan will not stop our building from flooding again,” Serri said. “We have a financial interest in getting this fixed, and DOT is just deaf to our needs.”