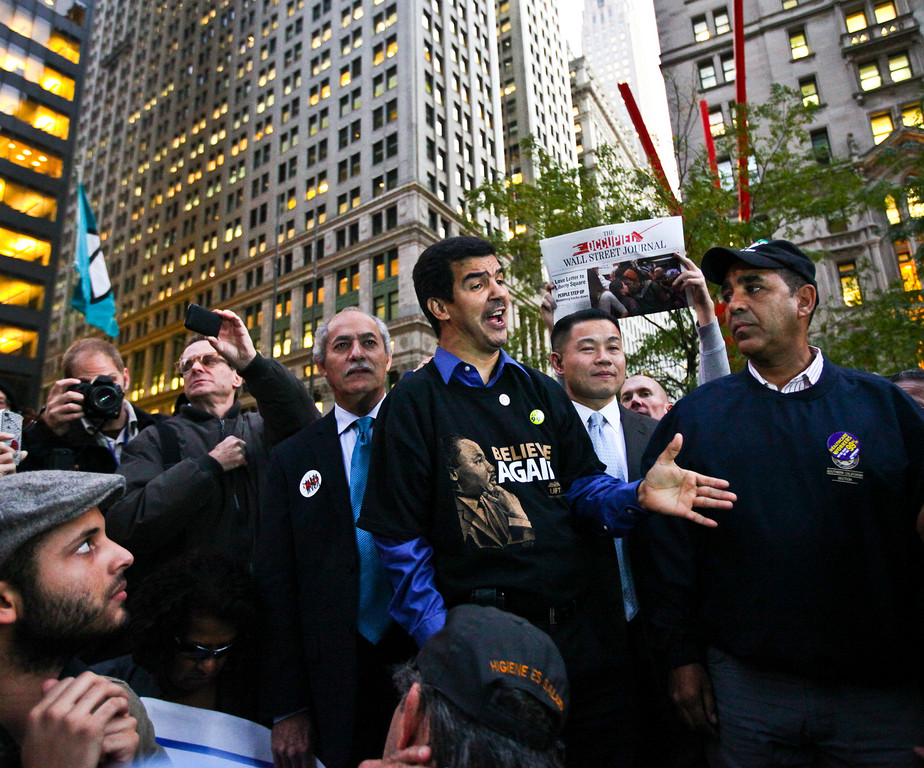 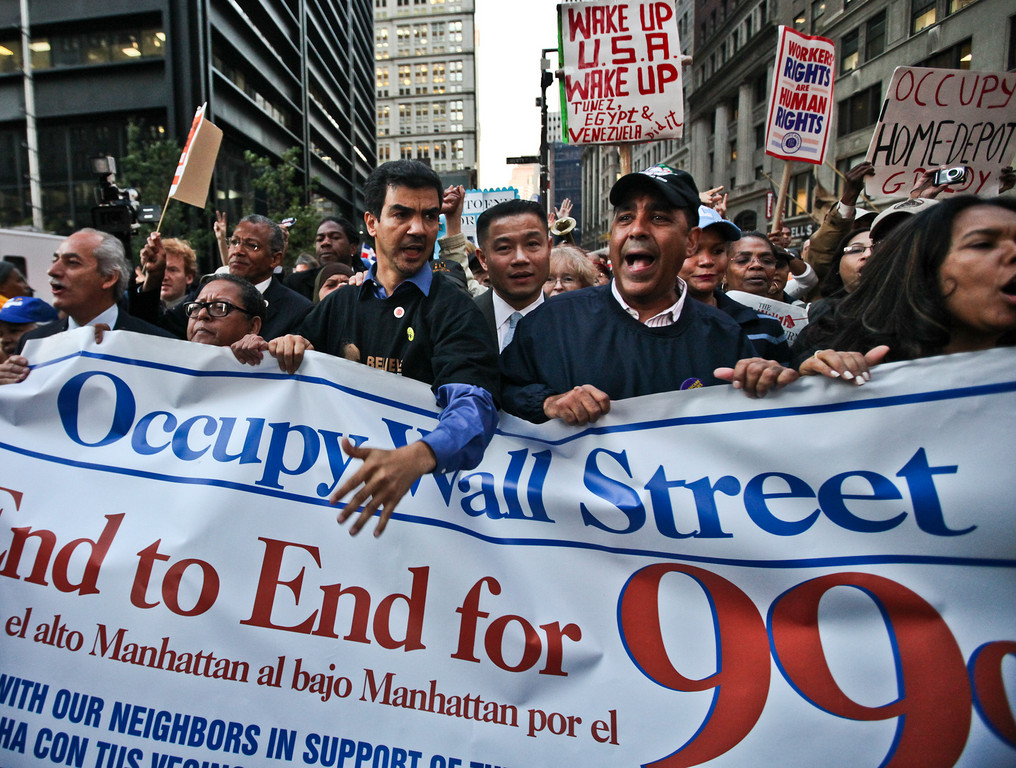 When they arrived at Zuccotti Park banging drums, blowing whistles and chanting, occupiers greeted them with applause. Some had to put their signs down for a moment to free up their hands.

The largely black and Latino marchers, led by state Sen. Adriano Espaillat and Councilman Ydanis Rodriguez had just walked 11 miles from Washington Heights to the home of the Occupy movement to show that they, too, are part of the 99 percent.

“All day, all week, Occupy Wall Street,” the marchers chanted as they entered Zuccotti Park.

The march, called End to End for the 99 Percent, started at West 181st Street and St. Nicholas Avenue at about 11 a.m. on Monday.

More than 400 protesters, hailing from Upper Manhattan, the Bronx and even Yonkers, started marching on the bright blue day, armed with signs, in both English and Spanish, with messages about unemployment, health insurance, war, the Millionaire’s tax and with Martin Luther King Jr. quotes.

People waved Dominican flags and sported shirts bearing the names of their unions. Some, who had not brought anything with them, raised a copy of the Occupied Wall Street Journal handed out by Mr. Rodriguez’s staffers over their heads as they marched.

Marchers interviewed joined the elected officials for different reasons, but the  country’s income disparity was the uniting theme.

For Robert Rosen, 66, a retired city teacher who lives in Yonkers and was born near where the march originated in Washington Heights, it was about joining something bigger than himself.

“I don’t want to sit back and watch it,” he said, adding that the march will “demonstrate a statement.”

For James Duarte, a 20-year-old Bronxite and City College student, the march signified a coming together of two worlds: the largely white population of Zuccotti Park with Bronxites and Upper Manhattanites who are struggling as well.

“My main concern with the movement when it started was the lack of diversity. I didn’t see my neighbors here, but today, that’s not the case,” said Mr. Duarte.