One body found in river, another searched for in park 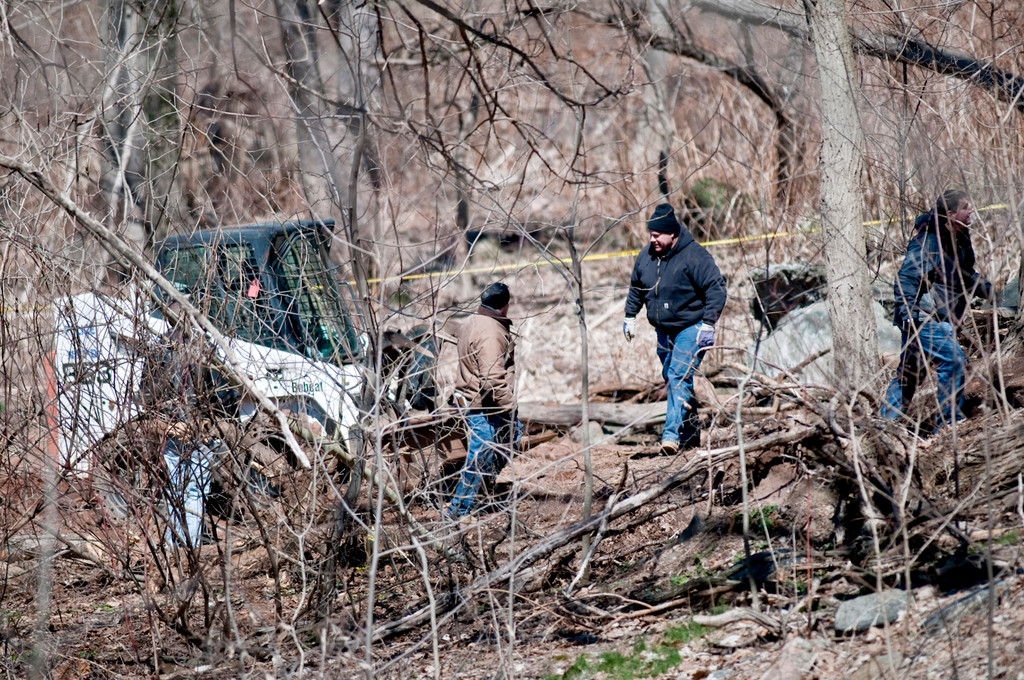 Law enforcement officials use a bobcat to search for a body in Riverdale Park on Tuesday afternoon.
Karsten Moran / The Riverdale Pr 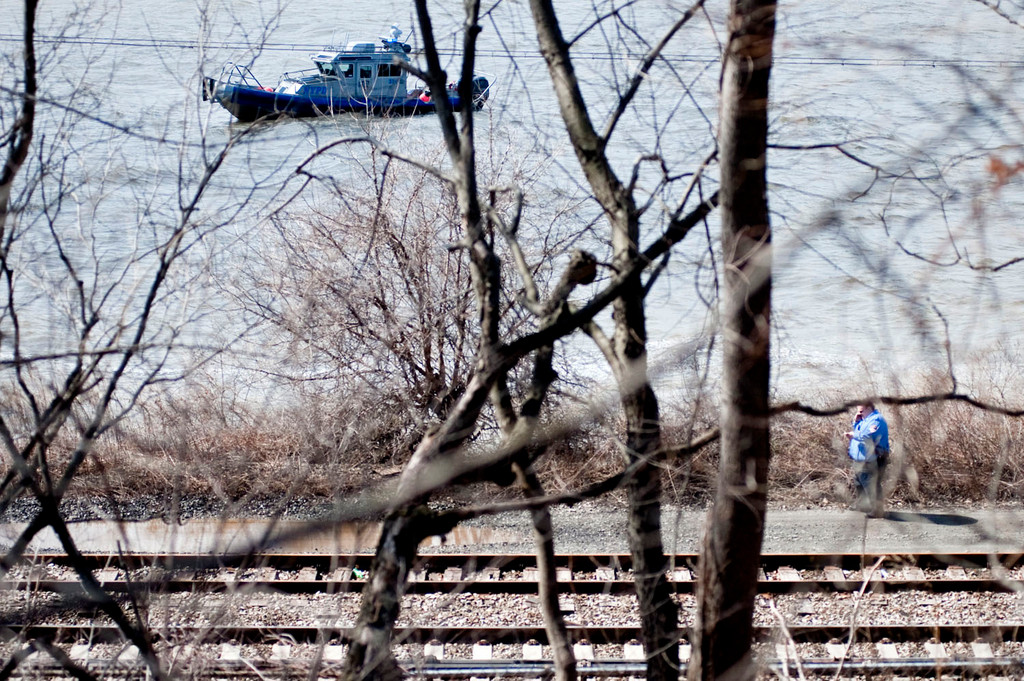 Emergency personel survey the condtion of a body found in the Hudson River on the afternoon of March 24.
Karsten Moran / The Riverdale Pr 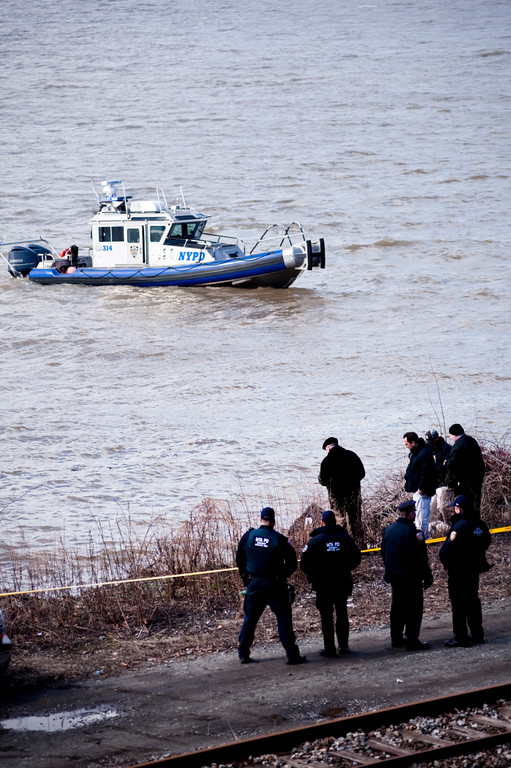 A NYPD boat drifts past emergency personel who survey the condtion of a body found in the hudson river on the afternoon of March 24 Riverdale, south of Riverdale Station.
Karsten Moran / The Riverdale Pr 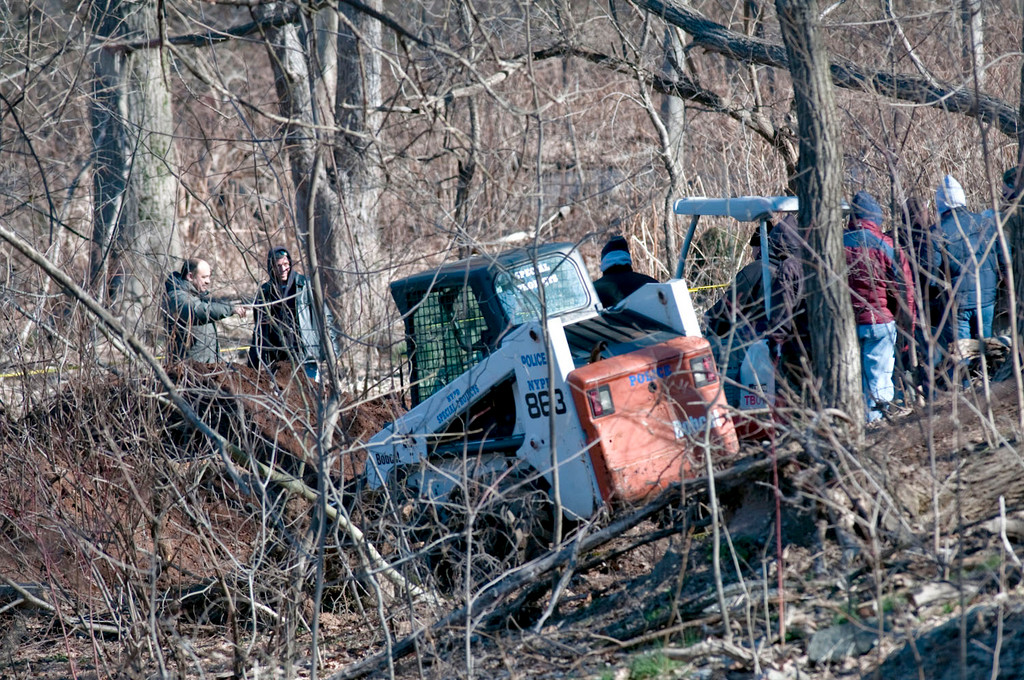 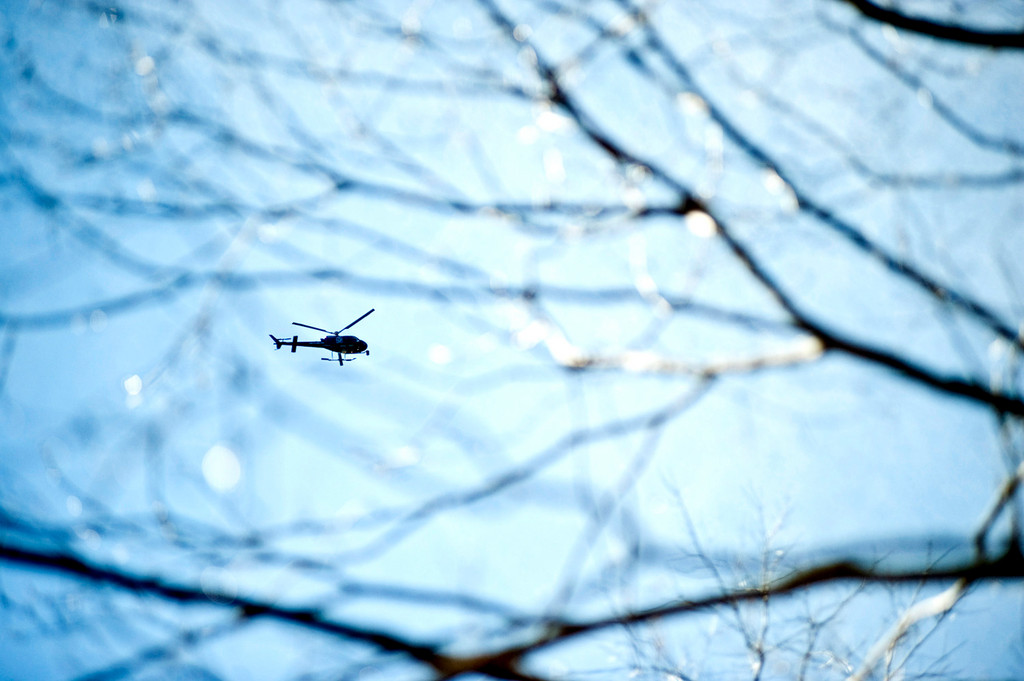 A Fox 5 news helicopter circles above Riverdale Park on Monday morning where crime scene investigators, as well as NYPD and DEA personnel, search for what is presumed to be a corpse.
Karsten Moran / The Riverdale Pr
Previous Next
By Graham Kates

NYPD K-9 units and more than two-dozen agents armed with shovels scoured the woods outside the lower school campus of Riverdale Country School in search of a body on Monday.

A tip stemming from a recent investigation led investigators from the Drug Enforcement Agency and Immigration and Customs Enforcement to the area of Riverdale Park where Palisade Avenue and Spalding Lane intersect, in search of corpse from an 11-year-old case.

Police dogs located a place of interest just a few hundred yards from the private school and a surveying team was called in to scan the ground with radar equipment. Compact excavators were brought in for digging on Tuesday, but police would not confirm if the person they are looking for is buried.

It’s the second time in a week that police descended upon an area more commonly associated with dog walkers and joggers than deaths and cold cases.
The badly decomposed body of a 27-year-old man — missing since last month — was found floating in the Hudson River on March 24, not far from Monday’s investigation, but a DEA representative said the case is unrelated.

Howard A. Fung, who is originally from Brooklyn, left a suicide note in his apartment, Syracuse Sargeant Tom Connellan said. Mr. Fung wrote that he was planning to commit suicide after going home for a last meal “in the city that never sleeps.”

Mr. Fung, 27, was last seen alive around 1 a.m. on Feb. 18, at the New York Port Authority, according to police sources.

As police roamed the woods and a police boat floated nearby on Thursday, about two-dozen NYPD and MTA officers and detectives drove south along the train tracks between the Riverdale and Spuyten-Duyvil train stations, attempting to get to Mr. Fung’s body.

Friends, family and police had searched all five boroughs and New Jersey for him, since Mr. Fung often visited family in the area.