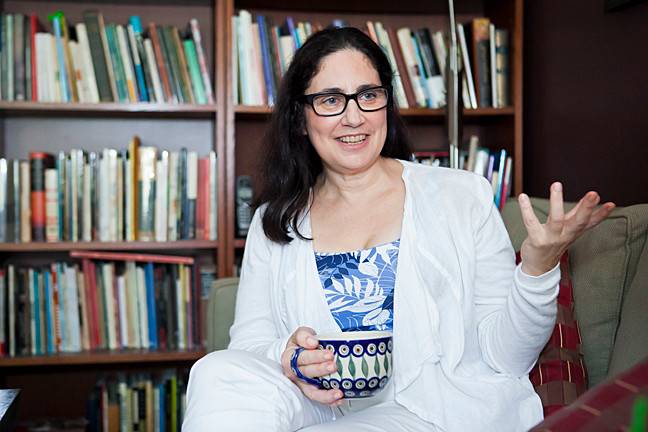 Judith Baumel a Bronx Council on the Arts BRIO winner for poetry, at her home on August 6.
Marisol Díaz/The Riverdale Press 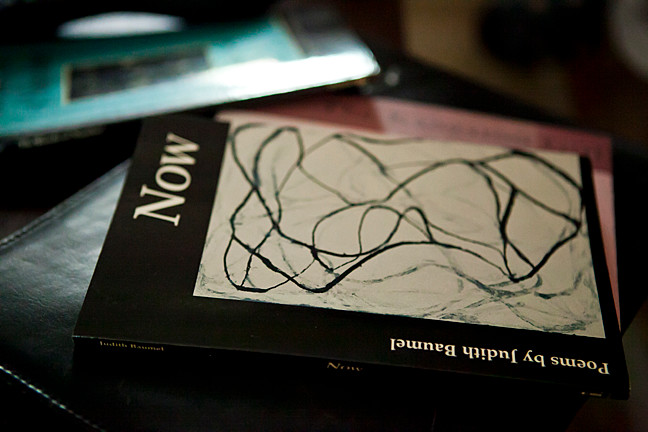 For Judith Baumel, science and poetry are inextricably linked.

“What we think of as facts in science are often kind of metaphors,” said the poet, a 2014 Bronx Recognizes Its Own (BRIO) winner. “Although I don’t know how many scientists out there would agree with me,” she added with a laugh.

A lifelong writer who founded the creative writing program at Adelphi University, Ms. Baumel filled her first book of poems, The Weight of Numbers, with scientific imagery. She began her studies at Radcliffe College as a physics major before realizing her calling was in the English department.

The book — a compilation of poems she started in college and continued working on afterwards — won the 1987 Walt Whitman Award of the Academy of American Poets. In one poem, the narrator describes a trip she took during a summer physics program to watch the Perseid meteor shower.

She describes a connection forged with a fellow stargazer after falling asleep on the hillside.

In the morning he told her

If I hold a mirror in front of myself

and run at nearly the speed of light

will I be able to see myself?

A self-described “Bronx girl,” Ms. Baumel grew up in the Pelham Parkway area. Her writing career began early; she recalls writing about trash she observed on the street as a first grade student.

“I find things that are leftover or ignored really interesting,” she said.

But the poet does not limit herself to either the scientific or the forgotten, delving into myriad subjects in her work. Her second book of poems, Now, reflects at times on motherhood — her relationship with her own mother, as well as her experiences with her three children, now ages 26, 23 and 22.

She draws inspiration from her native borough. Her third book, Kangaroo Girl — a picture of the author in a kangaroo costume graces the cover, a photo her father carried in his wallet for years — deals with subjects like tensions between Irish Catholic and Jewish neighborhoods.