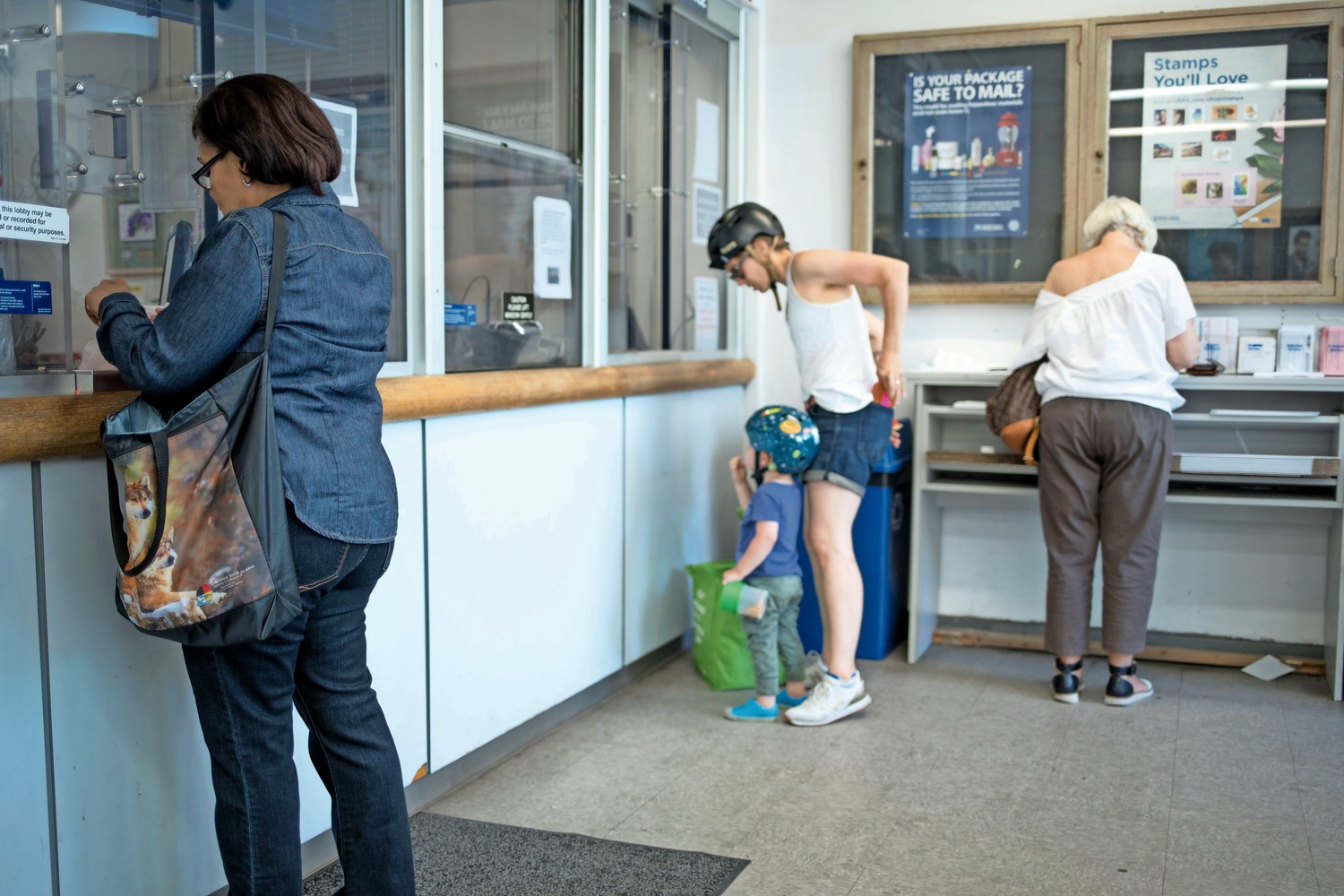 Customers take care of their postal needs at the post office on West 238th Street. Customers have complained of lost mail, and the location suffers from understaffing.
JULIUS CONSTANTINE MOTAL 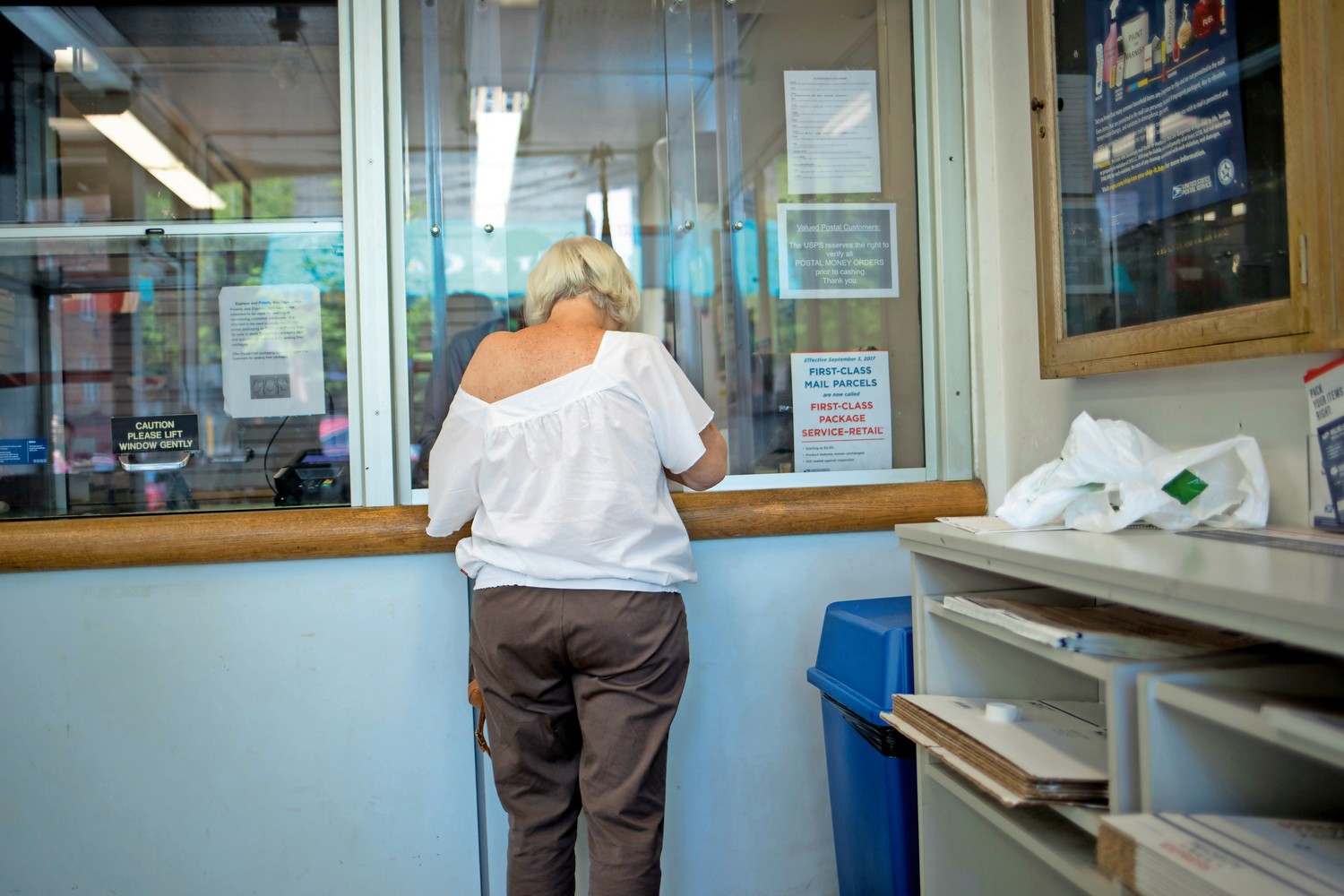 A customer talks with a postal work at the West 238th Street location. There has been a spate of complaints about the post office on West 238th Street, which U.S. Rep. Eliot Engel has issued a statement on recently.
JULIUS CONSTANTINE MOTAL 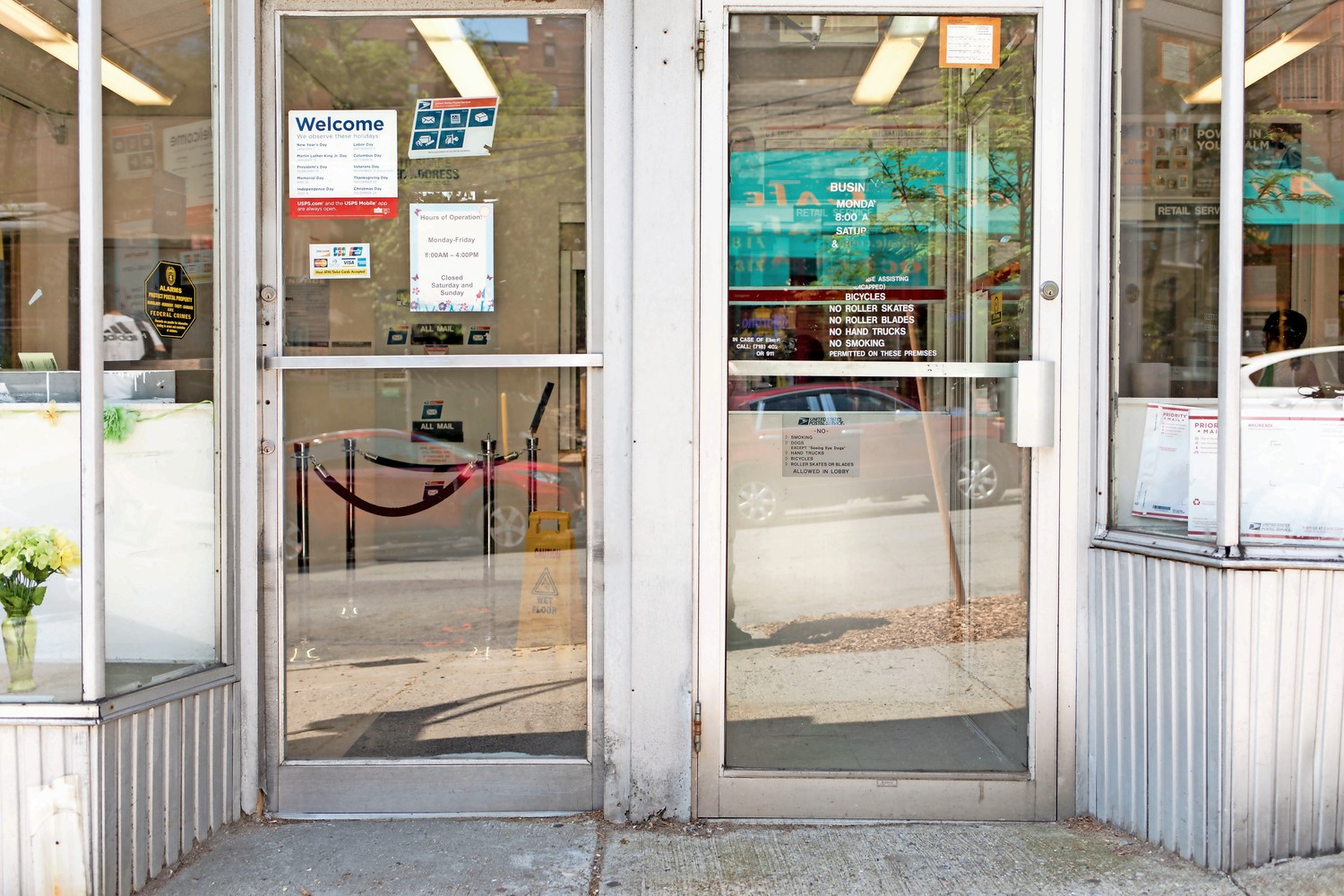 The post office on West 238th Street often suffers from understaffing to the point where the branch has to close for lunch.
JULIUS CONSTANTINE MOTAL
Previous Next
By SIMONE JOHNSON

It’s a world of electronic communication the post office is forced to adjust to. And at times that struggle to adapt to progress? It shows.

Lines are long. Mail has been lost. And at the West 238th Street post office, customers occasionally have to wait through a lengthy lunch break that closes the location at mid-day.

Marcia Yerman frequents the smaller West 238th office because it’s close to home. But, at least lately, it hasn’t been close to her heart.

“I was there tax day, and it was a mess,” she said. “There was only one person who was working.”

However, small staff is apparently not so uncommon, said Maureen Marion, the communications manager for the U.S. Postal Service. Especially in more rural areas with smaller offices, staffing is usually smaller and can be one person, depending on the hours of the office.

“They’re not the biggest, and it is usually pretty slight,” said Marion about the West 238th office. “But again, not all the work is at the counter. They have other responsibilities and there’s other work in the post office that needs to be done.”

Yet, having one person working was an improvement for those who frequent the Fieldston-area office. Far too often, customers visit the location in the heart of off-campus housing from Manhattan College only to find it closed. Everyone has to eat, including the lone worker at West 238th, meaning anyone looking for postal service will simply have to wait.

Cynthia Hass who frequents the location, has come to terms with those strange operating hours.

“Sometimes it’s good and there’s a woman there, but other times you just have to deal with it,” she said, shrugging her shoulders.

Problems with the post office aren’t new. U.S. Rep. Eliot Engel reached out to the postmaster general 10 months ago after people complained to the congressman about late deliveries, lost mail, and little to no customer service.

Xavier Hernandez, a spokesman for the U.S. Postal Service, echoed Marion about the lack of visibility of postal workers not always equating to their absence. He told The Riverdale Press in a statement that the 5951 Riverdale Ave. location, a larger office, is generally supposed to have three employees at the service window. But because of various job responsibilities, they might not all be seen at once.

“Their breaks are staggered at different times throughout their work day to allow for a break while other work continues,” Hernandez said. “Generally, (breaks) are for 10 minutes at a time.”

But there’s no room for staggered breaks at the West 238th location, Yerman said. The clerk there once confided in Yerman how stressed she was. However, Marion said, that is just how that particular office works.

“Fieldston is staffed with one person during the day,” she said. That person might get some help during peak periods and at lunchtime from the Kingsbridge station on Broadway, but not always.

When that help doesn’t come, the West 238th location closes at 1 for lunch and doesn’t reopen again until 2:30, Yerman said. By the time that clerk returns, she added, there have been mothers with their strollers and the elderly waiting outside, wondering why they can’t get in.

“It’s happened a million times,” Yerman said. “The person says, ‘Well I’m on break,’ and I’m usually willing to give people a break. But the place closes at 4. That (break) takes out a whole chunk of the day.”

Issues plaguing postal service in Westchester and the Bronx have been out of control for “quite some time,” Engel said in a release. “A complete lack of accountability have become the norm here, and it seems that no matter what we do, the problems persist.”

Yerman isn’t willing to give up on her post office. The hours might be inconvenient, but she likes how it’s not as “claustrophobic” as other post offices. Yet, she added, postal officials need to take more into account than just traffic when it comes to staffing.

“If they’re going to let people have breaks, a second person needs to be there,” she said.

The post office is listening, Hernandez said. And they are working toward a solution, hopefully before customers seek out other options. One of those customers won’t be Hass, however, who likes the West 238th station.

“Everything is so far, but it gets the job done,” she said. “I’m not going anywhere else.”