Is this really the path to wiping out the virus in New York City once and for all? 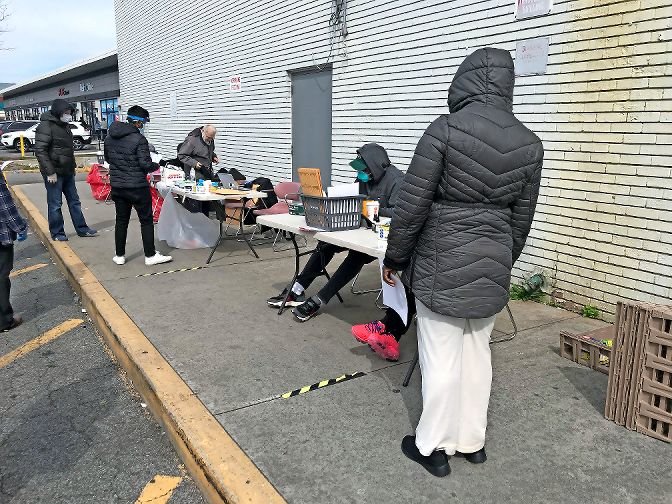 The Stop & Shop grocery store at 5716 Broadway was one of the first locations to host free testing by the state in late April, looking for people with antibodies to SARS-CoV-2, the virus that causes COVID-19.
MICHAEL HINMAN 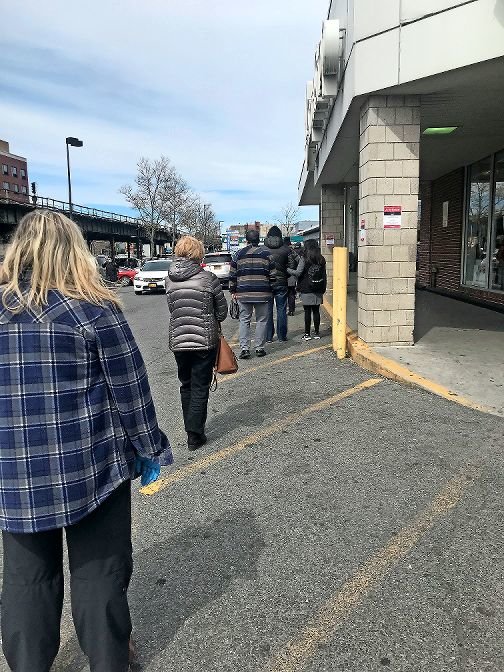 The Stop & Shop grocery store at 5716 Broadway was one of the first locations to host free testing by the state in late April, looking for people with antibodies to SARS-CoV-2, the virus that causes COVID-19.
MICHAEL HINMAN
Previous Next
By ANTHONY CAPOTE

Contract tracers from New York’s Test & Trace Corps hit the streets, and throughout this past month have reached out to more than 7,500 people who tested positive for the coronavirus. Their goal? To find others who might also have been infected, and to contain an outbreak before it spreads.

They’re part of a 3,000-member contact tracing team, acquiring phone numbers and other additional information to locate more than 6,600 others who might have been exposed to the virus, and not even realize it. That all originated from just 2,800 people who provided the team with that information, in the hopes that New York City doesn’t get hit with a second wave of the coronavirus.

The city’s public health care system, NYC Health+Hospitals, might describe those numbers as exemplary, yet others have questioned how effective New York’s test and trace method really is.

Critics have pointed out that only 37 percent of the total number of infected people actually provided contact information for people with whom they had been in close contact. And there’s some good reasoning behind those concerns. In this one batch, those who provided information gave an average of about three each to hit the 6,600 number. Yet, that’s only half the people tracers would need to connect with in order to make a difference in curbing the virus’ spread.

In New York, contact tracers use old-school social science and public health methods to discover new or potential cases of COVID-19, according to Jackie Bray, deputy director of the Test & Trace Corps. While contact tracing may seem new to some, it’s actually one of the oldest forms of public health research.

“You find all of your positive cases, you talk to them about who their close contacts are, who they could have exposed to the disease, and how to safely separate from their loved ones,” Bray said. “It is this amazing low-tech intervention. It is human-to-human work where people do what we have to do to keep people safe.”

There are two key issues to consider when analyzing the work of contact tracers. First, viewing the number of people who provided contacts in comparison with the total number of infected individuals is misleading, Bray said. To understand why, one has to consider how many people contact tracers have actually spoken to.

Of the 7,500 new coronavirus cases in June, 15 percent did not provide the testing facility with an accurate phone number to reach them, according to Bray. But 97 percent of people for whom the team had accurate phone numbers answered calls from contact tracers, which often resulted in very helpful results.

“Only about 13 percent of people are refusing to talk to us, and that’s really good news,” she said. “Most New Yorkers understand that to keep each other safe, they need to pick up their phone and engage with us when we call.”

From this perspective, the biggest problem the contact tracers have faced is convincing people to complete an intake questionnaire once they have established contact. That’s where they lose about 39 percent of respondents.

It also highlights the second major problem with the Test & Trace Corps’ methods: They are almost too old school. Not least because the first and most pervasive issue associated with cold-call survey research is it is very difficult to convince people to not only participate in a survey, but also to stay on the phone long enough to complete one.

The relatively small number of people who completed their intake surveys are the biggest reason so few people actually reported close contacts to the tracing corps in the first place. In fact, nearly three quarters of those who completed the questionnaire provided public health workers with contact information for at least one person. That sort of response rate is exactly what you would expect, Bray said, since so many people in New York live alone.

“There is a group of New Yorkers who genuinely have not had any close contact,” she said. “So, we feel pretty good about the fact that 74 percent of people who are doing intake are giving us their close contacts.”

To ensure more phone calls result in contact tracers successfully collecting information on people who might be infected, Bray says the tracing corps has revised their interview script, so those questions appear earlier in the questionnaire, just in case they decide to exit early.

“We’re adding some language in our script to help jog people’s memories and talk them through their contacts,” Bray said. “We are saying, ‘Let’s look through your cellphone, and who you called. It might help you remember who you’ve been in contact with.’”

If nothing else, the complicated statistics behind contact tracers’ effectiveness highlight the disparity between the rate at which the public expects reliable results and how fast scientists can produce them, Bray said. Public health research is long, difficult work, and it often takes years before it yields the kind of results news organizations and their consumers are accustomed to seeing.

But from the scientist’s perspective, according to Bray, the Test & Trace Corps has been remarkably efficient.