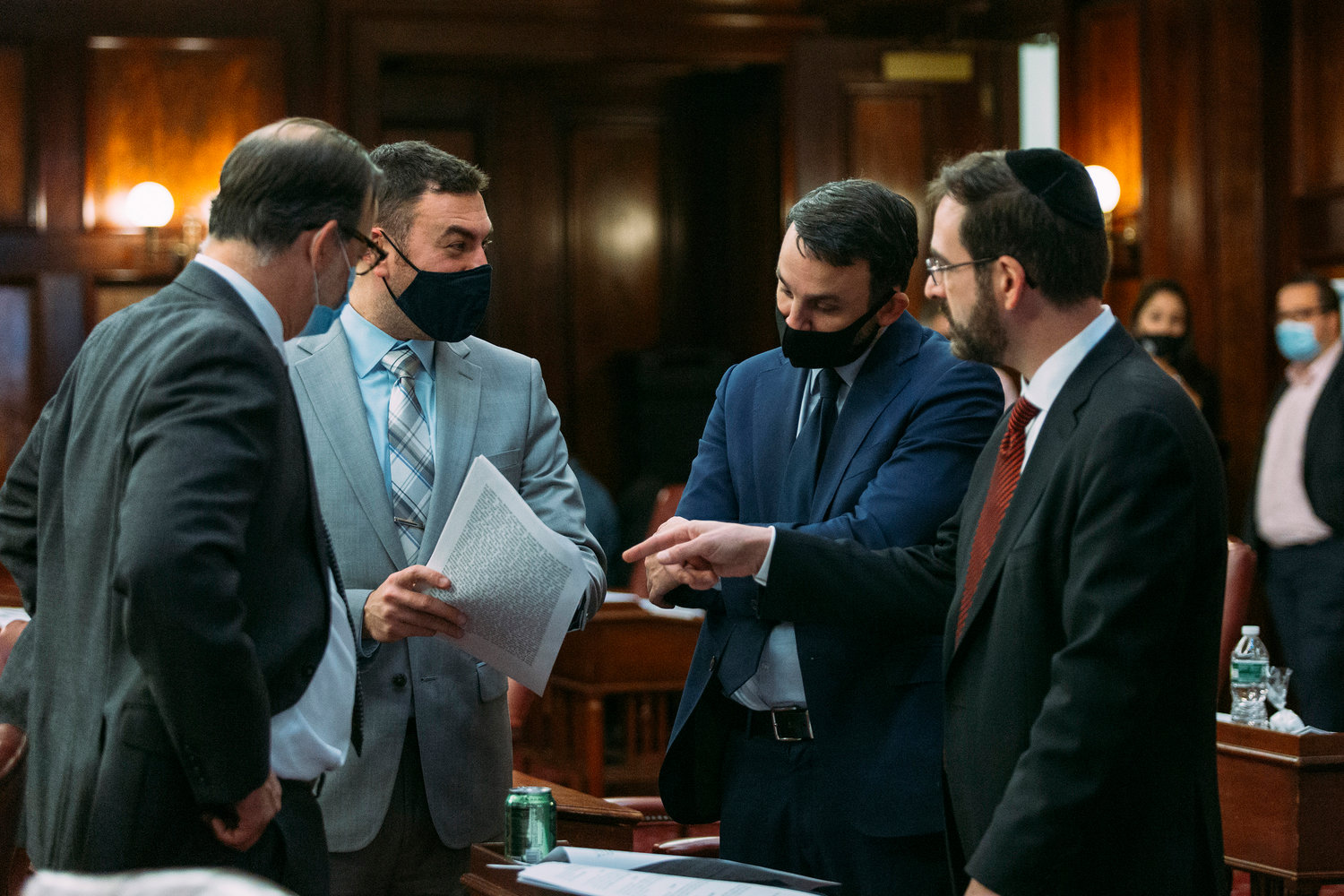 Councilman Eric Dinowitz introduced legislation this past month intended to require the city Campaign Finance Board to profile not only city election candidates, but others voters might find on their ballot. If this bill passes, Dinowitz says it could help voters learn more about those seeking offices like judge, along with other races that haven’t been included in the past.
Courtesy of New York City Council/Emil Cohen
By ETHAN STARK-MILLER

Primary day has stuck with Eric Dinowitz. Not only was the most recent one last year when he secured his city council seat for the next two years, but also because he also discovered a troubling trend.

“I was outside, like any candidate was, talking to voters,” Dinowitz said. “And I saw the voter guides in their hands, showing me the different positions they’re going to vote for. They said, ‘mayor, comptroller, public advocate, council member.’ And then I would say, ‘What about the judges?’ And some of them would give me a blank stare and they said, ‘Oh I didn’t know that was on the ballot.’ Or they didn’t see it in the voter guide.”

That voter guide is produced by the city’s Campaign Finance Board, providing information about city-level elections. The board doesn’t do this out of generosity — it’s required to by local law. But what they aren’t directed to provide is information about county judicial races, or district attorney, or anything not specifically tied to the city.

In fact, the law, according to Dinowitz, is quite vague: the Campaign Finance Board only has to include races for the offices it deems “necessary and appropriate.”

Dinowitz decided to do something about it. He introduced a bill late last year that aims to change the finance board’s mandate that would ensure every other race voters might find on their ballots are deemed “necessary and appropriate.” Elements that could include ballot proposals and referendums.

“I think all offices are necessary and appropriate with regard to voter education,” Dinowitz said.

“So, my bill does two things. It says if anything is on the ballot, the voter guide has to be available online. For example, if there’s a judicial candidate and someone wanted to find out more information about that candidate, that candidate’s profile should be on the Campaign Finance Board’s digital voter guide.”

The bill would require a voter guide in at least a digital format for all elections, regardless of whether they coincide with a municipal race or not. And non-municipal elections that do happen at the same time as city contests must also be included in the printed guide sent to the homes of all registered city voters.

“If anything else appears on the ballot,” Dinowitz said, “those offices have to be included in the printed guide, as well.”

The bill also is intended to direct the guides to explain which voting method must be used for each race. This is especially necessary, Dinowitz said, since the city introduced ranked-choice voting for all municipal elections last year.

For Margaret Groarke, any attempt to give voters more information about who’s on their ballot is welcome. Especially when it comes to races for important positions like judgeships and district attorneys.

“it’s a travesty that we have these elections for people who will do important jobs,” the Manhattan College political science professor said. “And the grand majority of us arrive at the ballot box not knowing who’s on the ballot or how I should pick among the people who are on the ballot for judgeships.”

While this is a welcome change, Groarke said, it doesn’t address the bigger issue with judicial elections: That party organizations still exercise tight control over the nomination process. That limits the amount of influence voters have over the process, even if they get more information about the judicial candidates on their ballots.

Former Campaign Finance Board general counsel Sue Dodell says while she thinks expanding what information is included in the voter guide is a great idea, it would require more funding for the board to cover expenses like hiring additional staff and printing costs.

“It can be difficult to find information about, let’s say, judicial races,” Dodell said. “It’s easier to find information about city races because candidates who participate in the campaign finance system have much more contact with the Campaign Finance Board. So, it’s much easier to locate them. Candidates who are not in the city program … it can be tougher to track them down.”

Another potential issue Dodell sees with the bill is that it won’t require the voter guide to provide information about candidates in party elections. That includes races for positions like district leader and members of county and judiciary committees.

“It would be good to get information on those because people frequently go to the polls and they are wondering about who’s running for those offices as well,” Dodell said.

But there is a reason such races aren’t included, a Dinowitz spokesman told The Riverdale Press. The voter guide needs to focus on races for the entire electorate and not just one political party. But that doesn’t mean such races couldn’t be included in the future — or even on this particular bill while it’s debated.

So far, eight returning council members have joined Dinowitz in co-sponsoring the bill, which was referred to the government operations committee. Many of the details of the bill will be worked out as Mayor Eric Adams and council Speaker Adrienne Adams settle into their new positions.

“I’m looking forward to working with stakeholders and city agencies to ensure that this passes,” Dinowitz said, “so that our voters can be as informed as possible for every election.”