Which animals hibernate, which don't? You'll be surprised 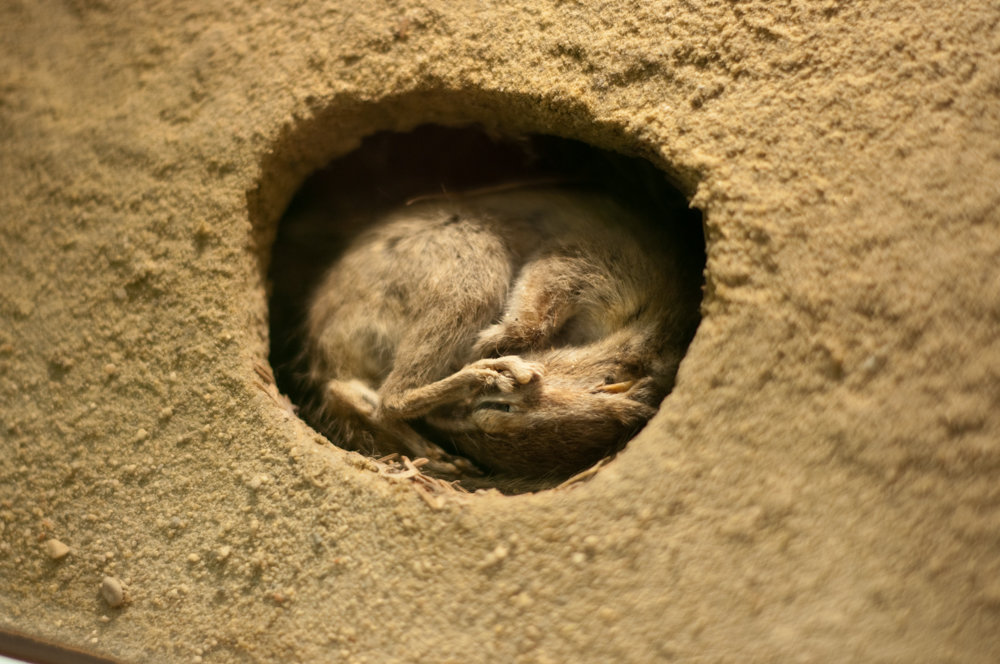 Hibernation is not as cut and dry as many might think. There are animals who can’t be awaken for anything, while others might wake up — or never be in that deep of a sleep in the first place.
Courtesy of Michael Himbeault
By SURA JESELSOHN

What of animals that either cannot or do not move to avoid difficult climate conditions as diverse as severe cold, drought or severe heat coupled with lack of water?

Hibernation has caught the public’s imagination again through science-fiction. Until we can conquer the limitations of space travel where lifetimes would be consumed in the journey to nearby solar systems, we have to create completely self-sufficient speeding miniature worlds or crews in suspended animation.

There are many recorded cases of people trapped in low temperature conditions for periods of time who were successfully re-warmed. Hypothermia is also used as a medical technique to save patients with severe medical complications such as shock and traumatic injuries. Indeed, NASA already is studying the use of hypothermia as a tool for an upcoming Mars mission.

Different mammals utilize one of two techniques to counter harsh environments — torpor and hibernation. There is some speculation that these two conditions actually lie along a single spectrum.

Hibernation itself is divided into two categories. Obligate hibernation refers to the situation when a species enters hibernation annually and spontaneously, regardless of the outdoor conditions of temperature and food. Facultative hibernation occurs only when the animal faces cold or food stress.

Fittingly, the overwintering structure that an animal creates — such as a den, or exploits such as a cavity within a rock pile — is called a hibernaculum, from the Latin meaning “a tent for winter quarters.”

Characteristics of hibernation include severely reduced body temperature, breathing rate (below 50 percent normal), heart rate (as low as 2.5 percent of normal), and metabolic rate in order to conserve energy during dangerous environmental conditions.

Such a hibernating animal will not awaken if touched or subjected to loud noise, as it is a deep sleep.

Hibernation lasts for long periods of time — many weeks, or even months.

Prior to entering hibernation, animals undergo a hyperphagic (overeating) phase in which the extra calories are stored as white adipose (fat) tissue, which is the primary fuel during hibernation. This is in contradistinction to the non-hibernating state when the animals utilize carbohydrates for energy.

Using white fat for energy helps preserve muscle tissue so the animal does not emerge from hibernation in a weakened state. Hibernators also have supplies of brown adipose tissue, which is used for the production of the residual body temperature maintained during hibernation.

This tissue contains large numbers of mitochondria, cellular organelles responsible for energy and heat production. Hibernating animals do not defecate or urinate. Since food is not traveling through the digestive system, there is no solid material to pass.

The waste product urea normally found in urine is recycled into amino acids (the building blocks of protein).

Torpor is a short-duration hibernation. Some species, such as birds, will undergo a daily torpor, which is not seasonally dependent when calorie expenditure is unnecessary. Cold-weather torpor, which can last for days or weeks, lowers metabolism to enhance survivability under adverse conditions. Arousal can take an hour, and involves noticeable shivering.

Skunks and raccoons use torpor to survive the winter. Bears, while popularly known as hibernators, actually occupy some intermediate position. While they undergo a lengthy quiescent phase with reduced breathing, heartbeat and metabolic activity, their body temperature does not undergo the dramatic drop toward the freezing point of water seen in many hibernators.

One bird species, the common poorwill (Phalaenoptilus nuttallii) found in the western United States and northern Mexico, is usually described as a hibernator, but also probably just goes into a lengthy torpor.

Reptiles and amphibians — cold-blooded animals — also have to deal with extreme cold. In their case, the process is called “brumation.” While their body temperature, heart rate and respiratory rates are greatly reduced, they still need to drink water during this period, although they do not require food. Therefore, they will wake episodically to find water.

Meanwhile, they will den in rock crevices or burrows, sometimes alone — or, in the case of garter snakes, there may be numerous animals denning together.

Insect development may be halted in a stage called “diapause,” which is common from autumn to spring. This delay allows the emergence of the young larvae only when favorable conditions have resumed.

I was sitting in the dentist’s office the other day, where a television news program was airing. The host was talking about a new children’s book called “Hibernate With Me.”

I may just give it a look!