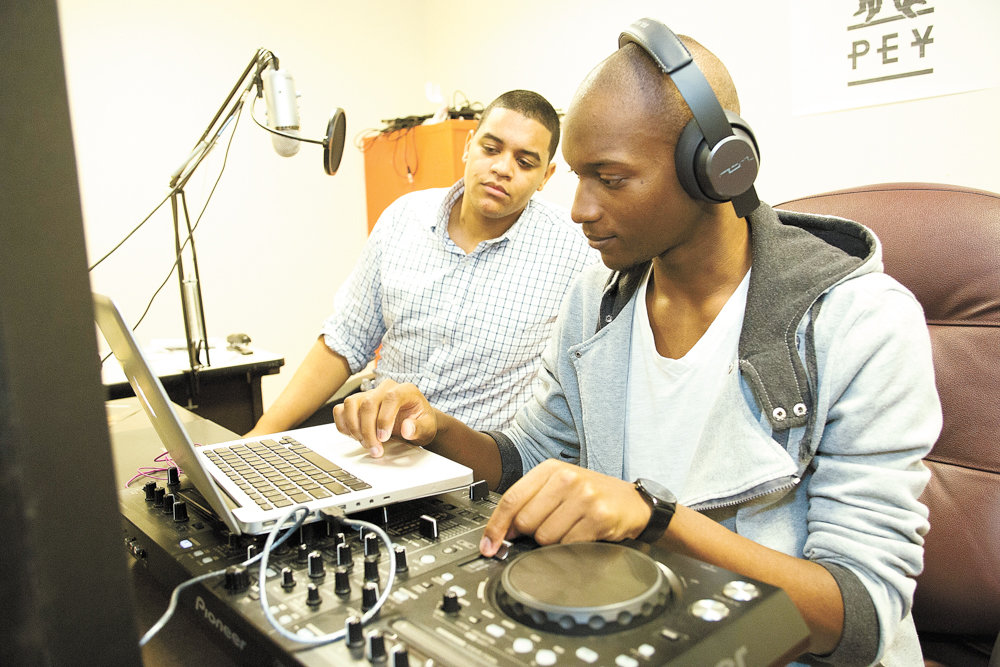 Erick Jhon Peguero, left, looks on as Poche Wilson makes adjustments during a broadcast of a program they hosted together on Lehman College’s student-run radio station in 2016. Unlike Lehman, some pirate radio operators broadcast illegally, flouting FCC regulations. Some of these so-called pirate radio signals have even been detected around Spuyten Duyvil as recently as last November.
NAOMI VAUGHAN / File 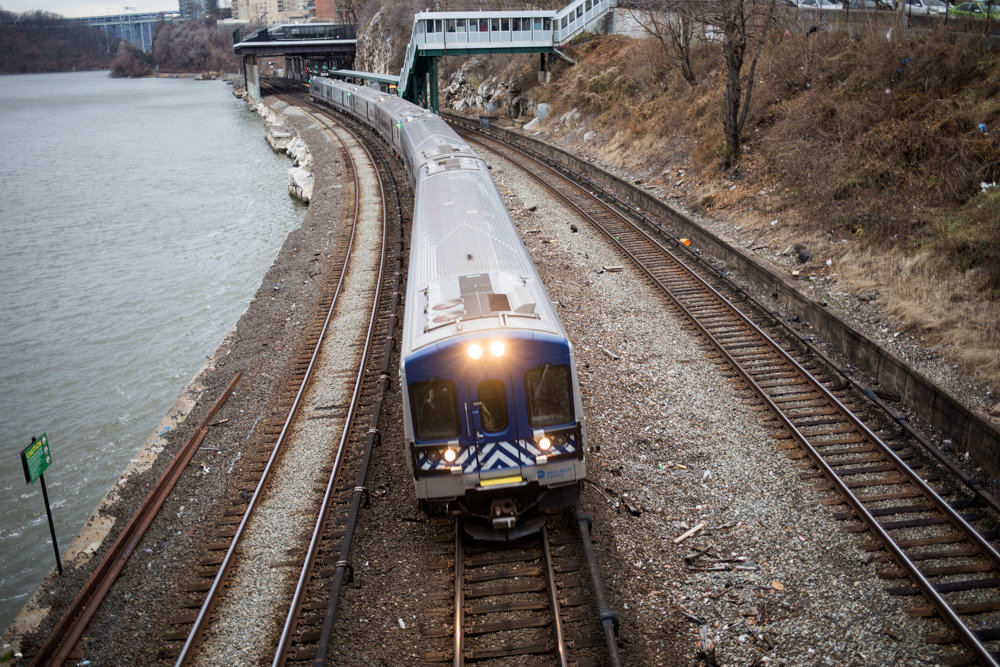 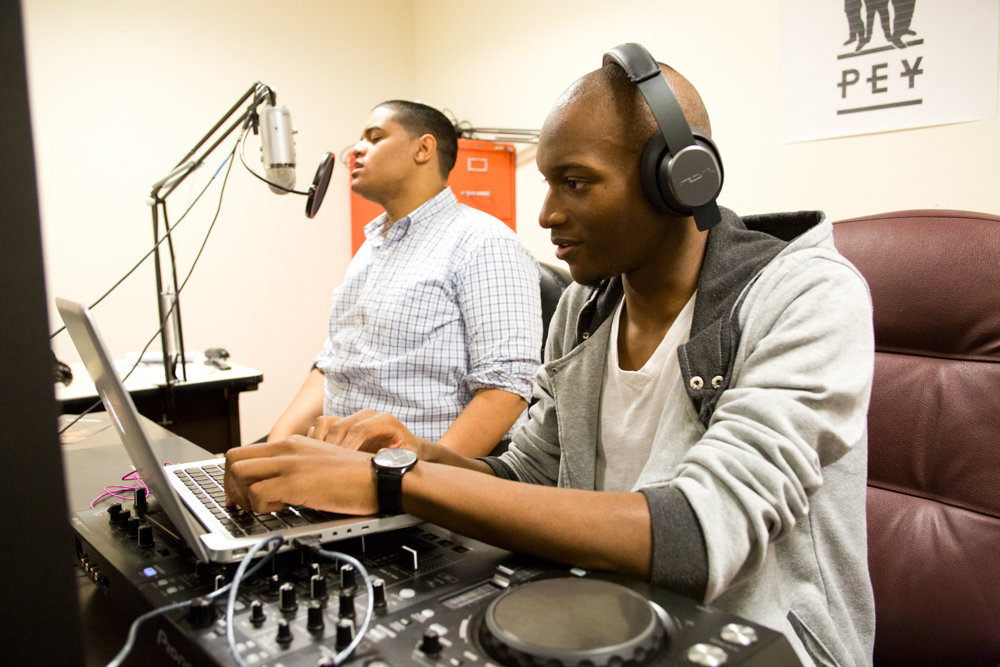 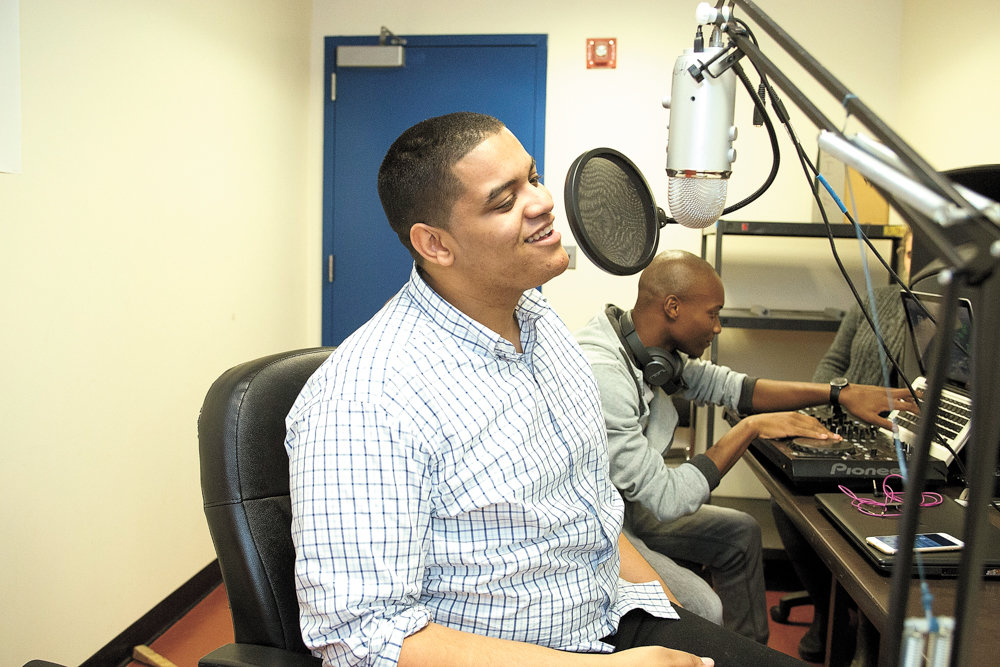 Erick Jhon Peguero, left, speaks into the microphone during a broadcast of a program he co-hosted with Poche Wilson, right, on Lehman College’s radio station in 2016. Some pirate broadcasters, however, take to decidedly underground means of reaching various audiences beyond legitimate radio’s so-called mainstream audience.
NAOMI VAUGHAN / File
Previous Next
Rogue broadcasting risky, but not difficult

Pirate radio has existed since the early days of radio, according to the Federal Communications Commission. But technological advances have paved the way for a new kind of small, highly mobile pirate radio station.

Tracking and shutting down pirate operators is anything but easy for the FCC, although officials say they’re endlessly cracking down using the best tracking technology available to them.

Generally, in order to use or operate a radio station, the federal law requires first obtaining an FCC-issued license — although there are certain exceptions, such as for operators of domestic ship and aircraft radios.

Operating a radio station without FCC authorization can lead to a range of enforcement actions, including equipment seizure, fines, ineligibility to hold any future FCC license, and even jail.

Setting up a pirate radio station, however, isn’t all that difficult. All it takes is an FM transmitter connected to an audio player, broadcasting tunes and talk through a weak radio signal, according to a 2015 Wired magazine report. That signal can be picked up by receivers immediately nearby, but with a few slight changes can reach up to 100 feet, potentially turning a car into a mobile radio station of sorts.

Setting that up requires little more than an FM radio transmitter, a putty knife, telescoping antennae no more than 35 inches long, a soldering iron and copper wire.

Pirates have invaded the Bronx, but probably not the ones you’re thinking of.

These pirates don’t travel on ships, loot coastal villages or speak with a distinctive accent. Instead, they’re pillaging the radio airwaves.

Even with the rise of podcasting — which virtually allows anyone with a computer and internet connection to become a radio personality of sorts — pirate radio stations continue to haunt the Federal Communications Commission. Broadcasters without the proper licensing can interfere with legitimate signals, officials say, costing licensed stations time and money.

Dominguez, if found guilty, would not be alone when it comes to radio piracy. Some of the largest concentrations of illegal radio activity occurs in Boston, South Florida and New York, according to the FCC. And it’s quite possible there could be some sort of authorized broadcast as close as Spuyten Duyvil.

At least that’s what Adam Jacobson believes. He’s editor-in-chief of Radio and Television Business Report, an industry publication that specializes in broadcast media.

Although he’s based in Florida, Jacobson used a Metro-North train ride from Grand Central Terminal to Dobbs Ferry last November to see how much piracy might exist along the route.

Using an app that allows him to listen to FM radio through his smartphone, Jacobson tuned into WQXR-FM 105.9 out of l Newark, New Jersey. But as his train made its way through upper Harlem toward Yonkers, he noticed something odd.

“As I started scanning around the dial, I noticed that I was picking up stations on signals that could only mean one of two things,” Jacobson said. “There were low-powered radio stations in the area that I was unaware of, or these were pirate radio stations.”

Based on the signals and where he was, it just “didn’t really make sense” that he was picking up multiple signals, all of which were airing what Jacobson — who began his career at Hispanic magazine in Washington — described as “ethnic programming.”

“That is a red flag right there,” Jacobson said.

He tried picking up jazz public radio station WBGO, but also struggled, making it clear there was some other signal interfering that wasn’t supposed to be there.

But there’s not much that can be done, Jacobson said. Even if he successfully filed a complaint with the FCC, “it’s like weeds. You get rid of one and then three others grow right around the corner.”

‘Whatever, come get me’

Pirate radio is a problem especially in South Florida, Jacobson added, where at least one persistent radio pirate is still broadcasting even after receiving “the largest fine the FCC is able to hand out.”

That rogue broadcaster is “basically saying, ‘Yeah, whatever, come get me,’” Jacobson said. “Because the pirates know that the FCC is limited in its enforcement ability. They can hand out a $150,000 fine, and then what?”

Then it requires help from law enforcement to seize equipment since the FCC isn’t empowered to execute raids or make arrests.

“At what point do they send in U.S. marshals?” Jacobson asked. “Is it a dangerous situation where they feel that their public safety is at risk? There is a concern, at least in Miami, that among pirate radio operators, some might be involved in organized crime.”

But as for those multiple “pockets of pirates” Jacobson picked up in Spuyten Duyvil? It all seemed to be programming geared toward a Dominican audience, Jacobson said. It’s a problem he believes is similar to what’s happening in South Florida, where some illegal radio stations target Jamaican and Haitian listeners, to make up for a lack of legally licensed stations providing programming for those specific audiences.

“It’s unfortunate, because these are services that are greatly needed,” Jacobson added. “But the people providing a community that needs that service illegally is an insult to that community. There has to be a legal way to do it.”

But even some legitimate radio professionals like Eddie Granado — a radio industry veteran of more than three decades who currently works at Sirius XM Mad Dog Sports Channel and WOR 710-AM — believe that even though radio piracy definitely is illegal, it’s not all black and white.

“I understand both sides of it,” Granado said, adding he noticed pirate radio far more frequently when he was growing up in 1970s in Washington Heights. “I think licensed radio stations (are) complaining to the FCC because they’re losing money. If (their) signal is interfered with and programming doesn’t get on the air, they lose money, because whatever advertisers they have don’t get on the air, so they can’t charge them for the spot.”

But, Granado added, “I think there’s a lot more radio stations need to worry about than some little pirate station interfering with their signal a half hour a day. But how much harm does it really do? I don’t think it does a lot.”

Still, Jacobson maintains pirate radio stations need to go. The FCC finally is ramping up crackdown efforts, he said, but enforcement and penalties still aren’t strong enough. To really weed pirate radio stations out, Congress will need to pass laws that make it tougher for illegal operators to get away with it.

“This is not new,” Jacobson said. “If anything, it is only getting worse.”

But why not simply launch a podcast and avoid a clash with FCC? Jacobson calls that the million-dollar question.

“There is this belief across the United States perpetrated by marketers in support of digital media that suggests radio is no longer important,” Jacobson said, and that “no one listens to the radio. I think that, through pirate radio activity, has been disproven. Being on FM 106.3 is still far more important than being ‘LatinVibe.com.’

“The radio is still a very integral part of how people receive entertainment and information programming.”