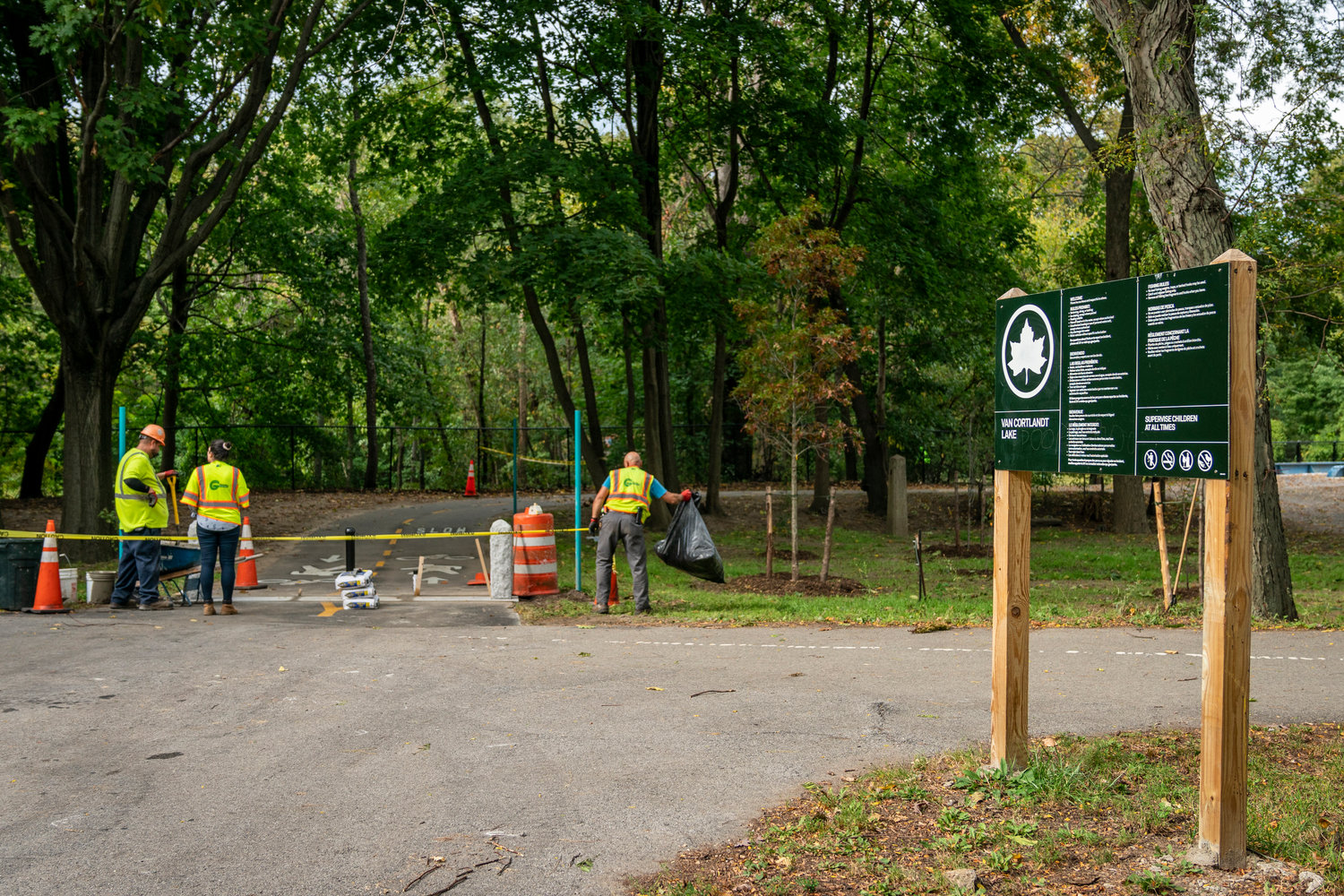 Compacted soil, removal of native and invasive plant species alike, and heat radiating from the asphalt are all concerns of Debbi Dolan — a self-proclaimed longtime lover of Van Cortlandt Park — and some of her peers before the Putnam Trail was paved. Many of those concerns are stronger now that the trail has been reopened.
HIRAM ALEJANDRO DURÁN 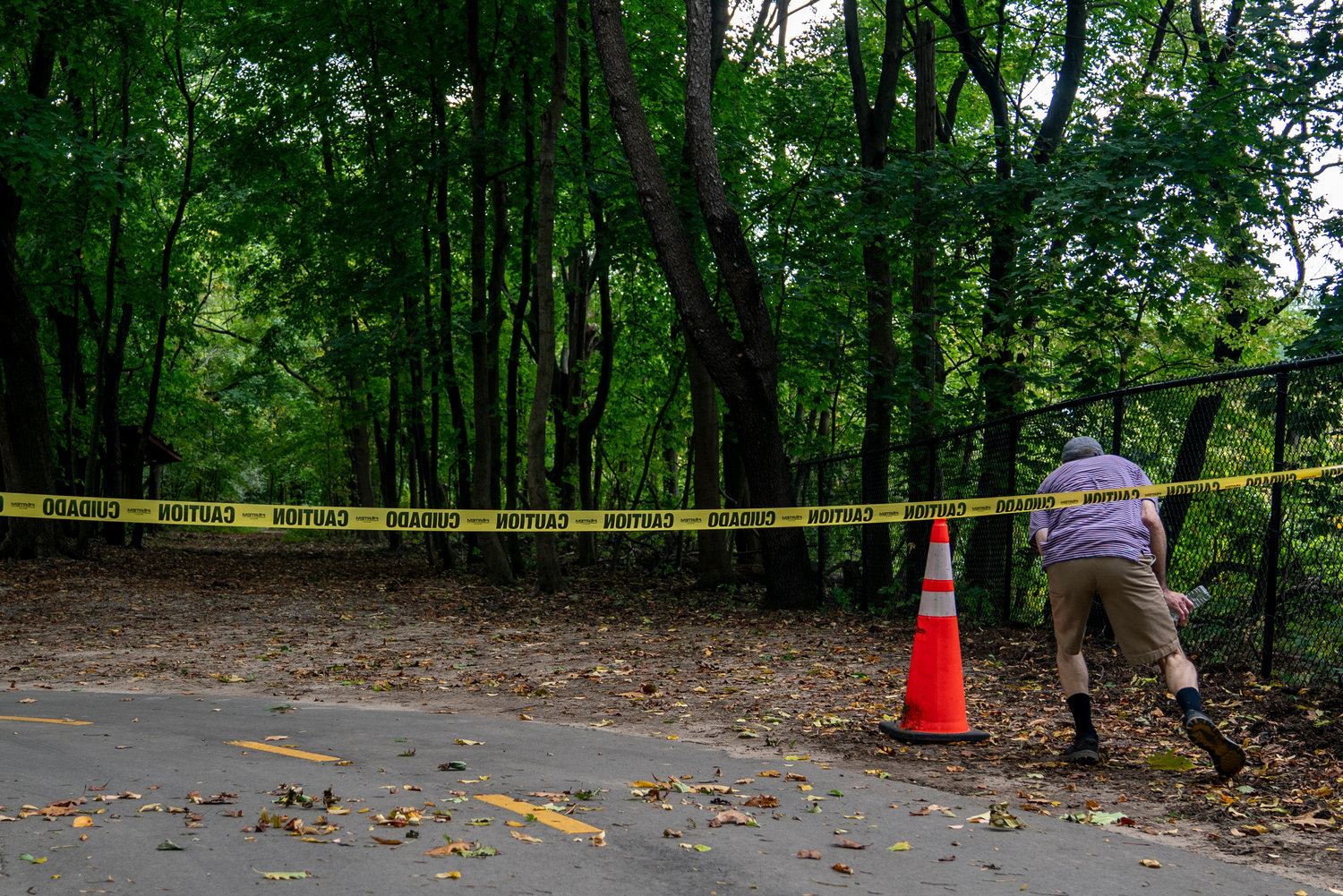 A year after it was closed for paving, the historic Putnam Trail has reopened with a smooth new layer of asphalt. While the parks department says the trail is now more accessible for cyclists and those pushing strollers or using walkers or wheelchairs, some trail-lovers are less than thrilled with the project.
HIRAM ALEJANDRO DURÁN 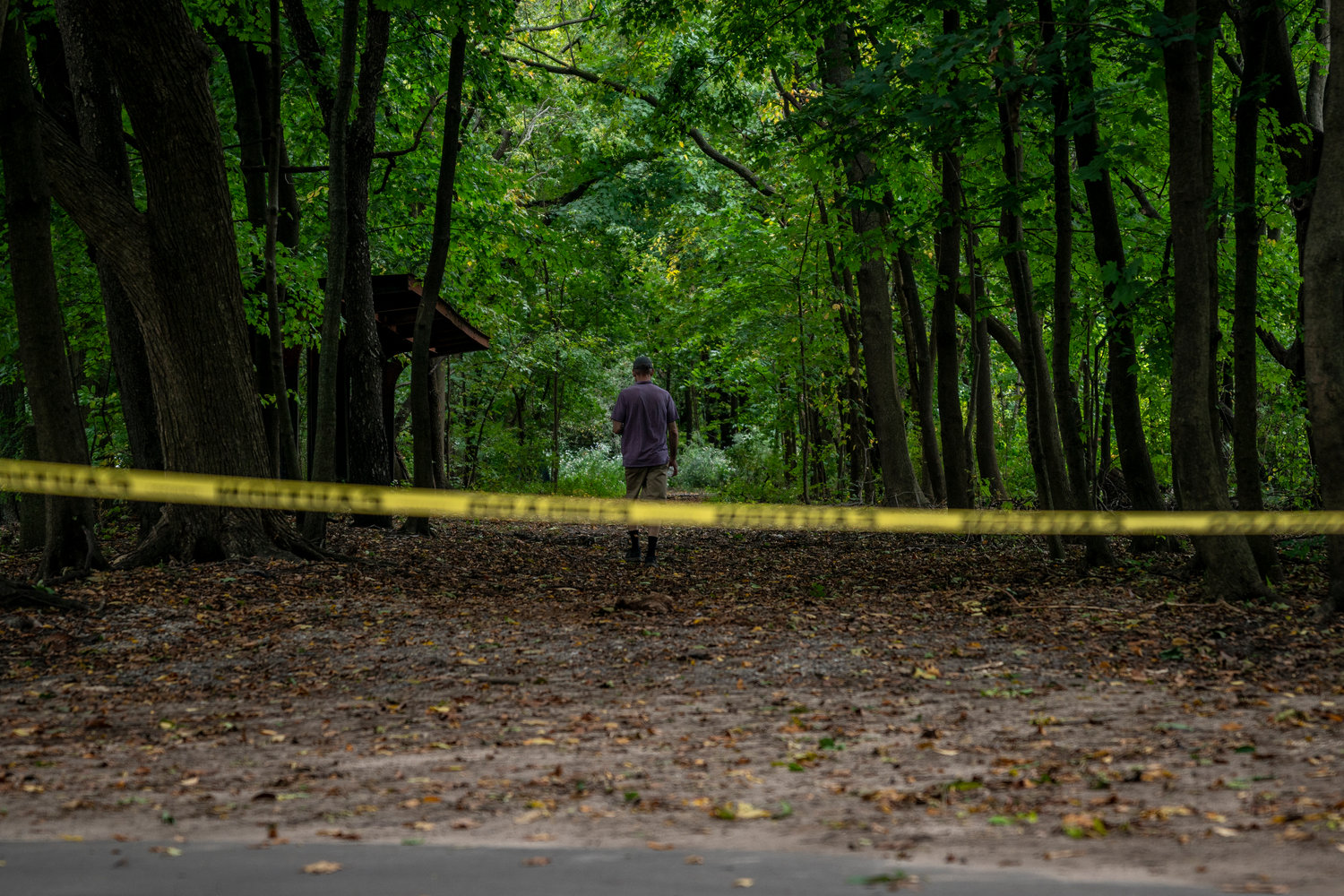 Just over $4 million was spent on paving the Putnam Trail, which reopened last week. The project was first proposed in 2008, but hadn’t secured full funding until last year. Construction — which included removing invasive plant species and re-planting more than 400 trees — was completed earlier this month.
HIRAM ALEJANDRO DURÁN 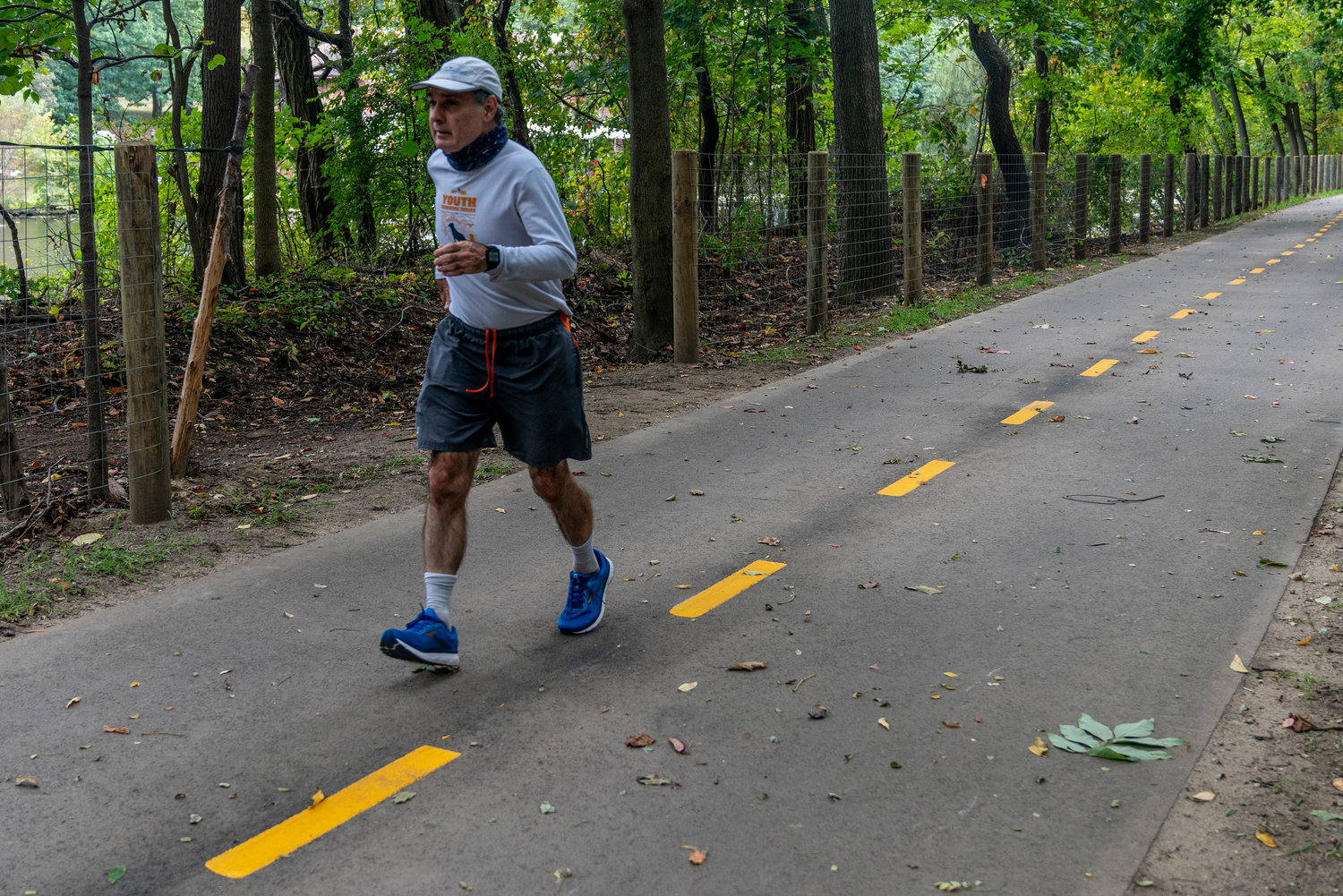 Now with an easy connection to the South County Trail in Westchester County, the newly paved Putnam Trail is a long, easy ride for cyclists looking to take the scenic route. But for some who liked to walk or run on a more primitive form of the trail, fast-moving cyclists are an unwelcome addition
HIRAM ALEJANDRO DURÁN 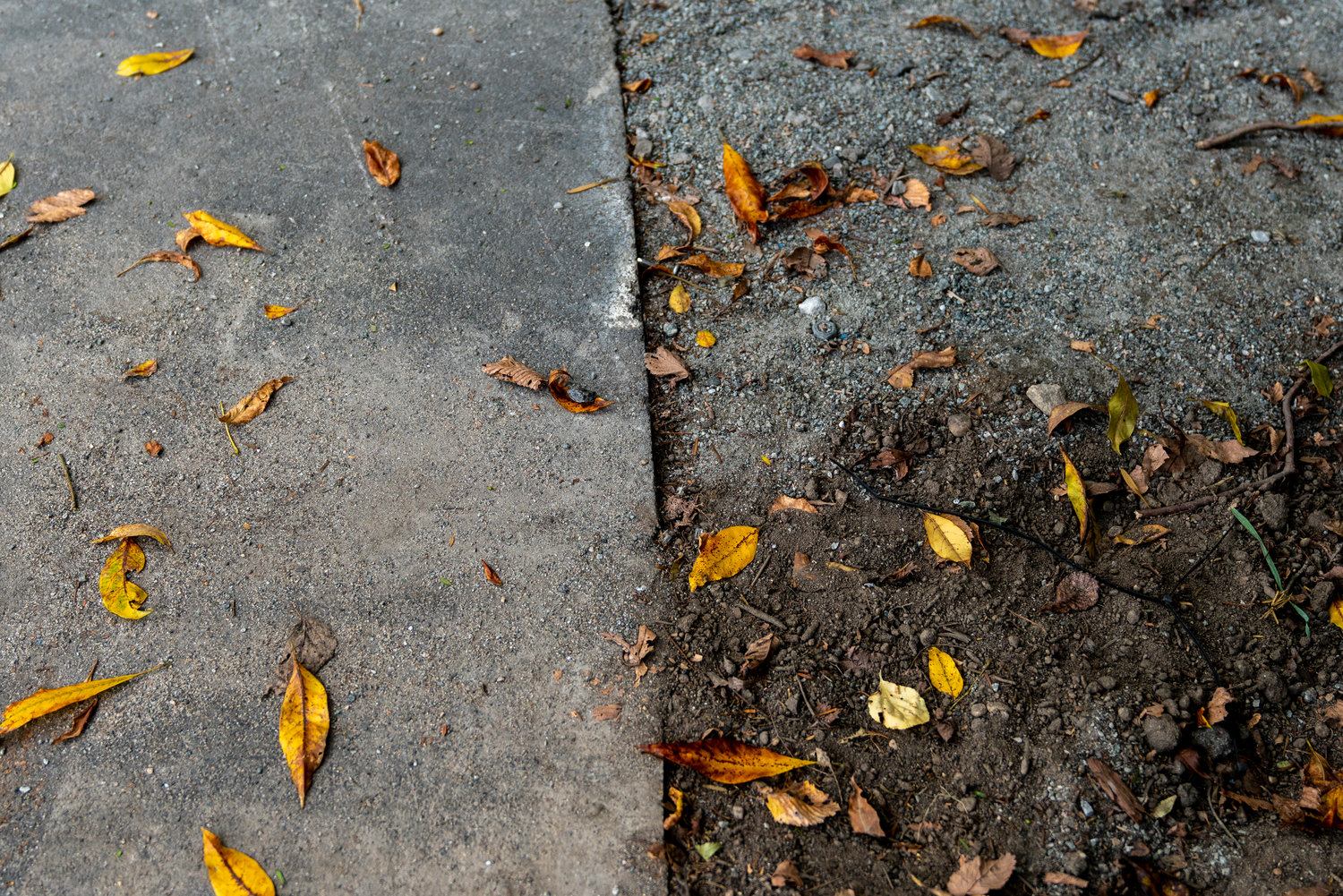 Soil compaction is a particular concern of Debbi Dolan, a former educator and longtime lover of Van Cortlandt Park. With asphalt more appealing to cyclists and the trail not being terribly wide, she worries people will be forced to walk on the dirt on either side of the trail, pushing it down and preventing new plant growth.
HIRAM ALEJANDRO DURÁN 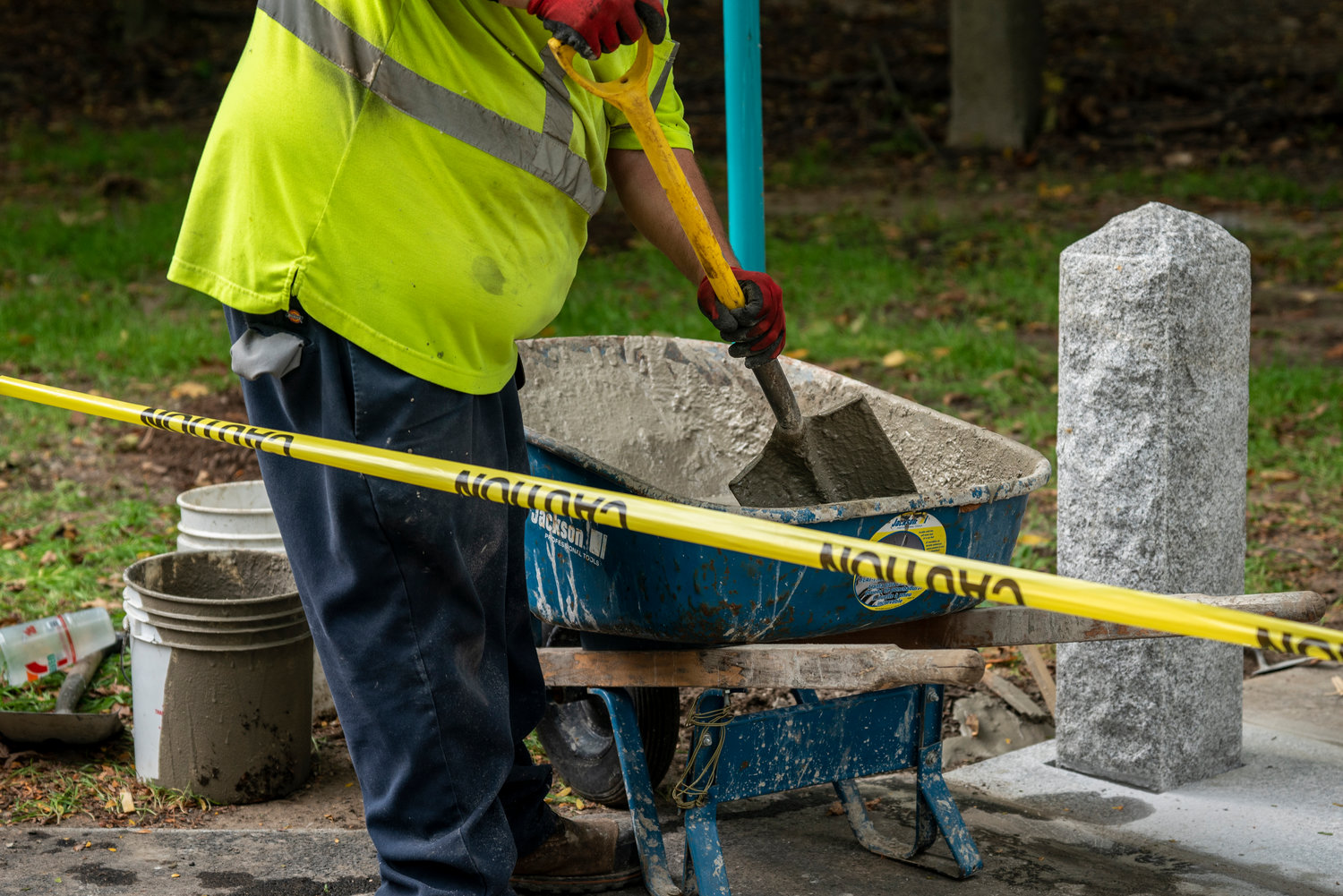 It’s been a long time coming, but the well-loved Putnam Trail is now open to the public after being closed for a year for paving. Some have lauded the change, saying the new trail is easier for cyclists, wheelchair users, and walkers pushing strollers. Yet some naturalists worry about the environmental impact of 1.5 miles of asphalt running through Van Cortlandt Park.
HIRAM ALEJANDRO DURÁN
Previous Next
By KIRSTYN BRENDLEN

The city started work on paving over the Putnam Trail about a dozen years ago.

Well, not quite. Designing started in 2008, but that work wouldn’t finish for another decade. Even with that finally done, the city had another obstacle to overcome: money. The paving project, from start to finish, carried a price tag of more than $4 million.

Paying to pave the Putnam Trail would take contributions from the mayor’s office, the city council, and even the federal government. Finally, in August 2019, the historic trail — which runs along miles of defunct railroad tracks in Van Cortlandt Park — was closed as paving officially began.

All the while, some trail users — both supportive and unhappy about the plans — made regular visits to meetings hosted by Community Board 8. Those backing the paving said it would create a smooth expanse for cyclists connecting the South County Trail in Westchester County to the Mosholu Greenway.

Those opposed, however, worried about the environmental impacts of paving right through New York City’s third-largest park.

Debbi Dolan was one of those opposed to paving. A former teacher, Dolan also is an avid birder and nature enthusiast who delighted in leading nature walks through the park, especially along the Putnam Trail.

As the parks department prepared to close the trail, Dolan worried about losing trees and native plant life, which she says already struggle to survive as invasive plant species steal space and resources.

Along the way, the parks department planted more than 400 new trees and created new bioswales along the sides of the path, said parks spokesman Dan Kastanis.

The pavement makes the path accessible for more members of the community, he added.

Bioswales are ditch-like depressions intended to redirect stormwater and allow it to slowly permeate soil, according to GrowNYC. Once paving became inevitable, activists fought to have something permeable installed to allow water to soak into the soil rather than running off into Van Cortlandt Lake, which Dolan said is already struggling somewhat from runoff from the crowded Major Deegan Expressway nearby.

Seven trees were removed during construction due to “unavoidable conflict” with the new trail, Kastanis said, adding most were invasive species like Norway maples and white mulberry. As foresters examined the surrounding area, they removed an additional 46 trees they found to be diseased or damaged, and would have been removed during normal park management at some point. As the project wrapped up, Tropical Storm Isaias hit, knocking down 35 additional trees, which also were removed.

But it wasn’t all loss. The parks department also removed invasive plants and vines — like porcelain berry and garlic mustard — seeding native grasses to replace plants that had been damaged during construction.

“We have a wonderful ecology projects manager,” Dolan said. “He’s got plans for putting in native plants all along here. He’s doing the best he can.”

The newly planted trees and grasses would need watering and maintenance, she said, something that might be challenging for the parks department, especially given an $84 million cut to the department’s budget this year.

“There’s a lot of reliance on volunteers,” Dolan said.

“A group of us have adopted trails to take care of,” said Dolan, who looks after the 1.4-mile Cass Gallagher Trail. During some events, like an upcoming “Pitch in for Parks” day, volunteers gather to remove invasive species and replace them with native plant life that has been otherwise crowded out.

The new surface is perfect for runners, bikers and pedestrians, Kastanis said. It provides an easier surface for people with strollers or wheelchairs. The previous path could be difficult to navigate with rocks and dirt, and was sometimes impassable in the rain.

The pavement is parked with two yellow lines to create one-way lanes, and signs posted alongside the trail and painted on the pavement urge cyclists to slow down and yield to pedestrians. On a Friday afternoon, dozens of cyclists rode through the park on the path — sometimes moving fast and not signaling to pedestrians as they approached.

“They’re trying to make this connectivity all the way through,” Dolan said. “It’s going to be a transportation part. It really is amazing to me because you have a dedicated bike lane out there. Why is it in this park, in a sensitive wetlands area where we’ve lost so much wetlands, and this is so vital to wildlife?”

Dolan’s regular nature walks haven’t quite resumed yet, but she is bringing small groups through the park to see the hundreds of bird species that make their homes in the trees — warblers, finches, and even the occasional osprey. But they meet near the stables or walk through the meadow, not on their old haunt of the Putnam Trail.

“It’s not the premier trail anymore,” Dolan said. “This used to be the big deal."