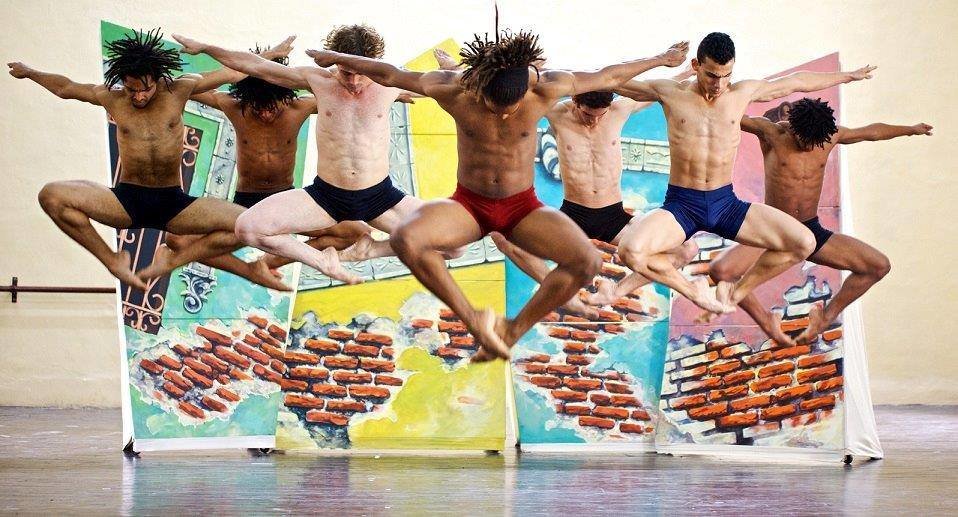 The BALLET CONTEMPORÁNEO DE CAMAGŰEY, with choreography and artistic direction by Pedro Ruiz, will make its U.S. debut with CUBA AQUĺ, on March 13, 7 PM, at the Kaye Playhouse, 695 Park Avenue (entrance on 68th Street between Park & Lexington).

Ruiz was trained in his native Cuba and in Venezuela before moving to New York, where he joined Ballet Hispánico. Over his 21-year career with Ballet Hispánico, Ruiz was a celebrated member as both a principal dancer and choreographer. He also held steadfastly to his ambition to contribute to dance in Cuba and to share the artistry of the Cuban dancers. In 2009, after 30 years away from his homeland, Ruiz returned to Cuba, a trip that was documented by WNET/13 in a breathtaking, hour long documentary, "Pedro Ruiz: Coming Home," that has been aired many times on Channel 13. Ruiz began his association with the Ballet Contemporáneo de Camagüey in 2013, and now fulfills his dream to bring the Company to New York for its U.S. debut.

Originally created in 1999 for Ballet Hispánico, the work is inspired by the beauty and freshness of the Cuban fields., Ruiz draws from his childhood memories of the life of the peasant - the long working days, celebrations, and his loves. With music that blends Afro-Cuban and flamenco elements, Guajira shows the racial essence of Cuban culture.

Ruiz has drawn his inspiration from the Italian island of Sardinia - its vintage folklore, the Mediterranean spirit of its inhabitants, and the expressive freedom of the sea.

Paseando mi alma (Taking my Soul for a Walk)

Ruiz's reflections on the influence of universal culture on contemporary Cuban dance and creative expression. The choreographer combines elements of Cuban culture with Afro-Cuban Latin jazz elements composed specifically for this piece, which also reclaims some of Cuba's most undiluted traditions, such as the Rumba.

The Ballet Contemporáneo de Camagüey is presented under the auspices of The Windows Project, created by Pedro Ruiz after his return to his native Cuba for his first professional collaboration with Cuban dancers. The organization was formed to foster cross-cultural opportunities for understanding and dialogue through dance, and has resulted in the creation of ballets for Cuban dance companies. The auspicious beginning was with Danza del Alma, particularly meaningful as Ruiz' ballet was presented, not only in Ruiz' home town of Santa Clara, but at the Teatro La Caridad, where he made his stage debut at the age of six. Ruiz continued his connection with the Danza del Alma, in partnership with the Ludwig Foundation of Cuba, and subsequently began his relationship with the Ballet Contemporáneo de Camagüey, now acting as their Artistic Director.