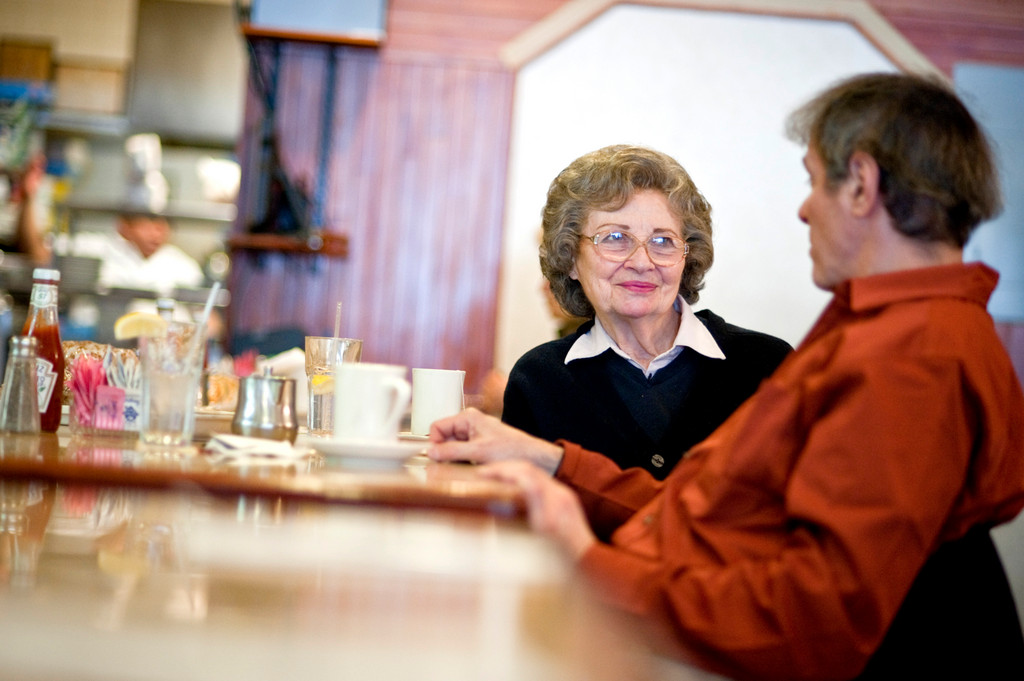 The coffee will keep brewing at Blue Bay.

The beloved diner was slated to close at the end of March but its owners have now signed a new lease to keep it open for another decade.

The 10-year lease drawn up by Friedland Properties reduces the restaurant’s rent by more than 25 percent, with annual increases of just 3 percent instead of 5 percent. It also resets the tax base, which will save the owners $2,000 a month, according to attorney Bob Rubinstein of Rubinstein and Rutnik, which represented Blue Bay in the negotiations.

“We got here because, first of all, there was a lot of pressure from the community,” said co-owner Alex Katechis, adding that Friedland Properties should also be pleased with the deal.

Mr. Rubinstein said the agreement will go into effect retroactively, starting from the beginning of March, and that community pressure on Friedland Properties, which owns the majority of commercial properties on the strip of Johnson Avenue where Blue Bay is located, helped get the diner a deal its owners could live with.

On Monday, Cheryl Teplitzky, who has been frequenting Blue Bay since 1975 and was one of the many costumers who spoke out about its threatened closing, sat at the counter with a fruit cup and a coffee.

She said she helped spread word of the diner’s dilemma and voiced her concerns at a recent town hall meeting at which local politicians were present.

The regular, who said she recently received a $100 gift certificate from somebody who knows how much she loves Blue Bay, said she would not have known what to do without the place where she eats at least one meal a day.

“I come here alone but don’t feel like I’m by myself,” she said, noting that many senior citizens use the diner’s booths as much for a meeting as an eating place.

Hilda Waldman expressed a similar sentiment as she chowed on a grilled cheese with tomato a few seats over. She said she had contacted Rep. Eliot Engel’s office in the hopes that he would do something to keep Blue Bay on the block.

As residents’ concerns mounted, community leaders and politicians did take the issue on.

Community Board 8 subsequently raised the prospect of circumventing the potential development of a high-rise on the corner of Johnson Avenue and West 236th Street, where Blue Bay and a vacant property owned by Friedland sit, by downzoning the area.

Mr. Rubinstein said the socially active Rabbi Avi Weiss, of Hebrew Institute of Riverdale, was even prepared to organize a rally if Frieldand refused to budge.

Friedland Properties has been blamed for helping to empty out the storefronts it owns on Johnson Avenue by sharply raising rents and refusing to negotiate with merchants.

At Community Board 8’s land use meeting on Monday, Land Use Chairman Charles Moerdler said that when there was a fire on Johnson Avenue about 20 years ago he and other CB 8 members pulled strings to have repairs expedited because Johnson Avenue is “integral to Riverdale planning.”

“For the past few months we have seen one vacant site after another,” he added, to shouts of “years” from the crowd.

“Vacant sites are a sign of blight,” he said, noting that a community board on the Upper West Side had contacted him to say Friedland Properties was also stripping its streets of stores.

At 35 years old, Blue Bay is the oldest storefront on Johnson Avenue between West 235th and West 236th streets and Mr. Rubinstein said he doubted its success could be used as a blueprint for other business owners who are looking for a favorable outcome with Friedland Properties.

Mr. Moerdler said the only way to avoid the rezoning conversation was for Frieldand to make its intentions known.

“It is simple for him to utter the following words: ‘We do not intend to demolish the stores.’”

“We need Friedland to assure the people of the Riverdale community that there is no plan to replace storefronts with residential housing and that you won’t let stores go vacant for a long time,” he said.