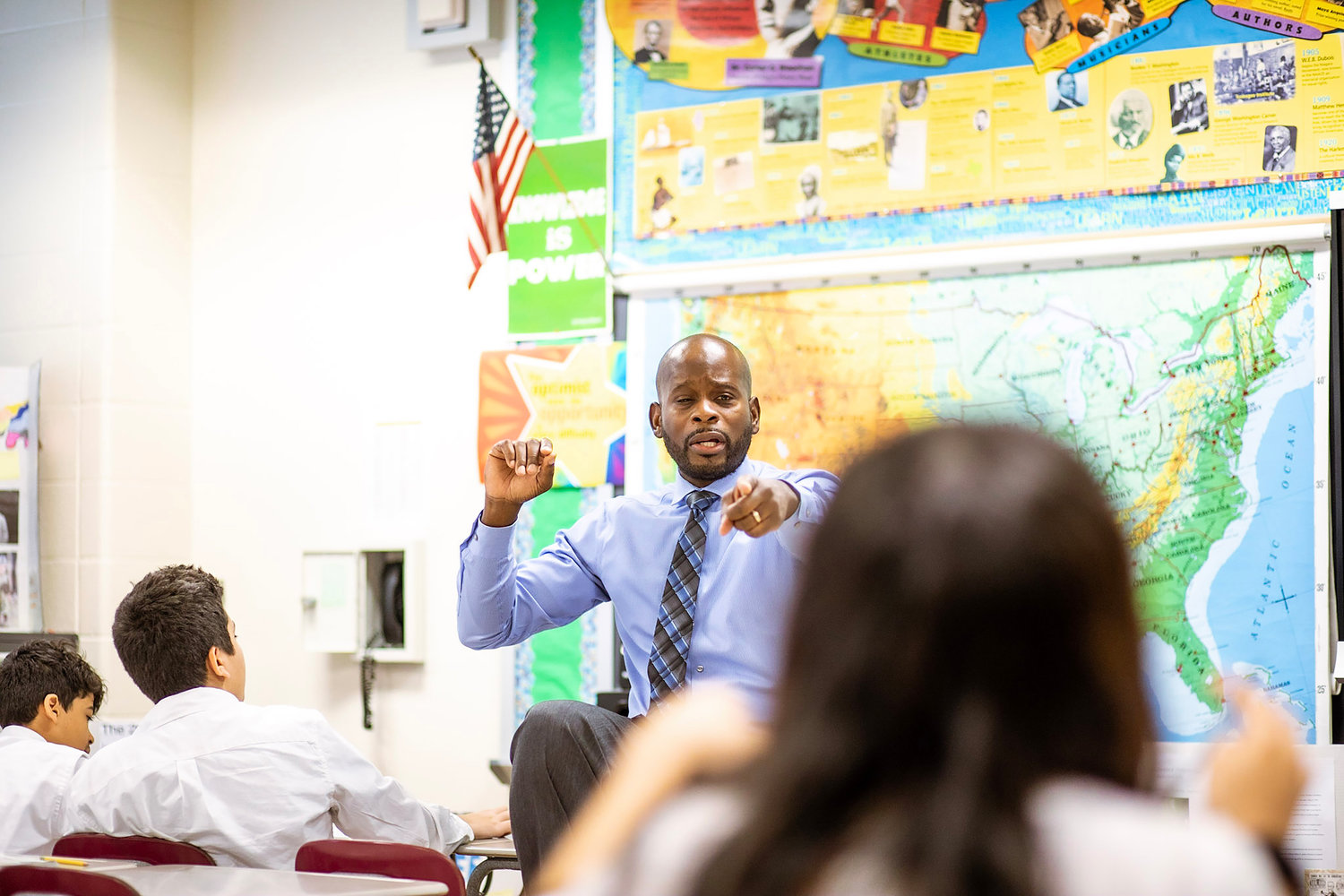 Michael Simmon teaches eighth grade U.S. history at IN-Tech Academy on Tibbett Avenue. And his classroom — the physical one and the virtual one — is becoming a space where students can discuss racial justice issues as well.
Courtesy of Michael Simmon 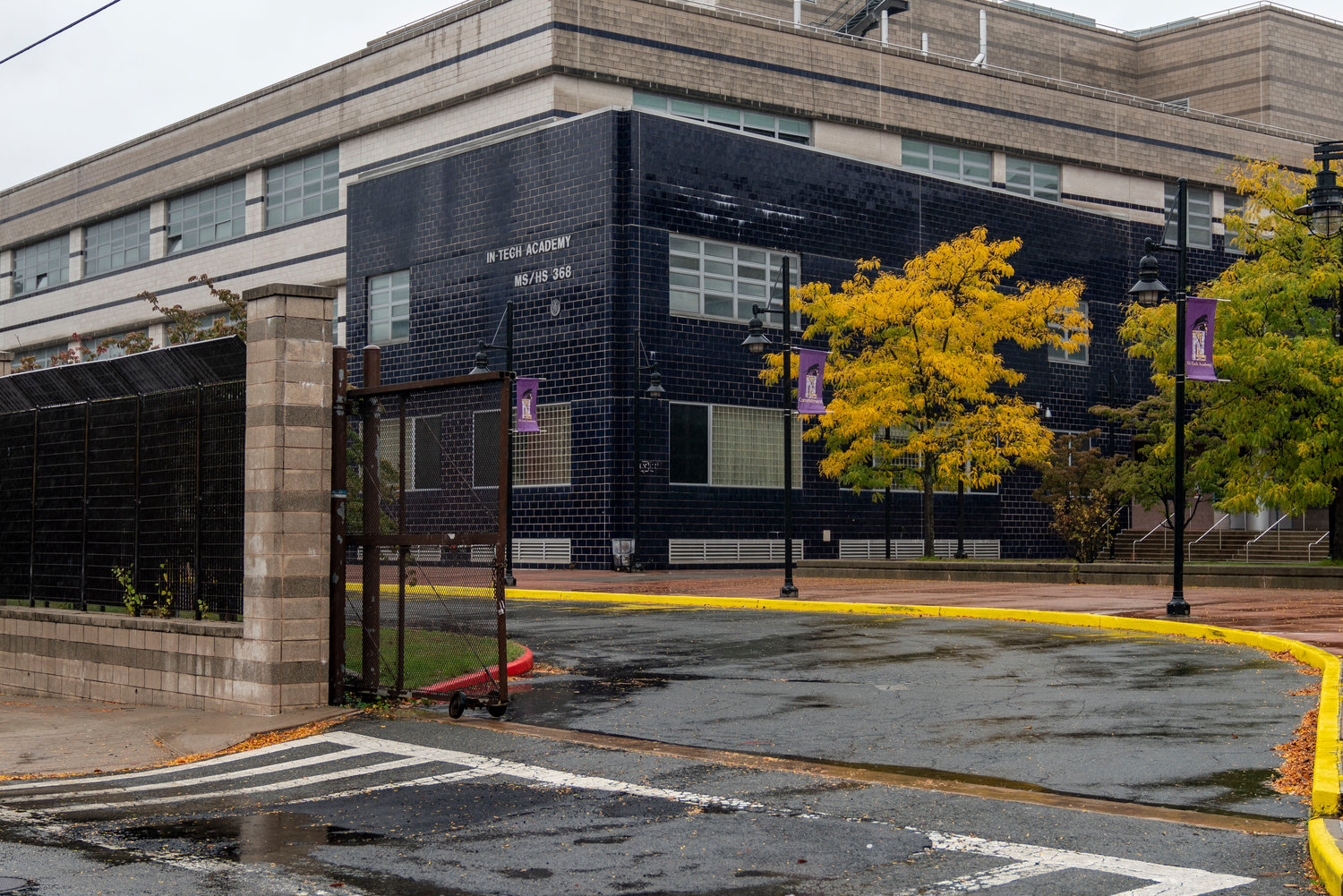 IN-Tech Academy on Tibbett Avenue is the home base of social studies teacher Michael Simmon. While he teaches U.S. history most of the time, he also provides space for his students to speak about contemporary issues, like racial justice..
HIRAM ALEJANDRO DURÁN 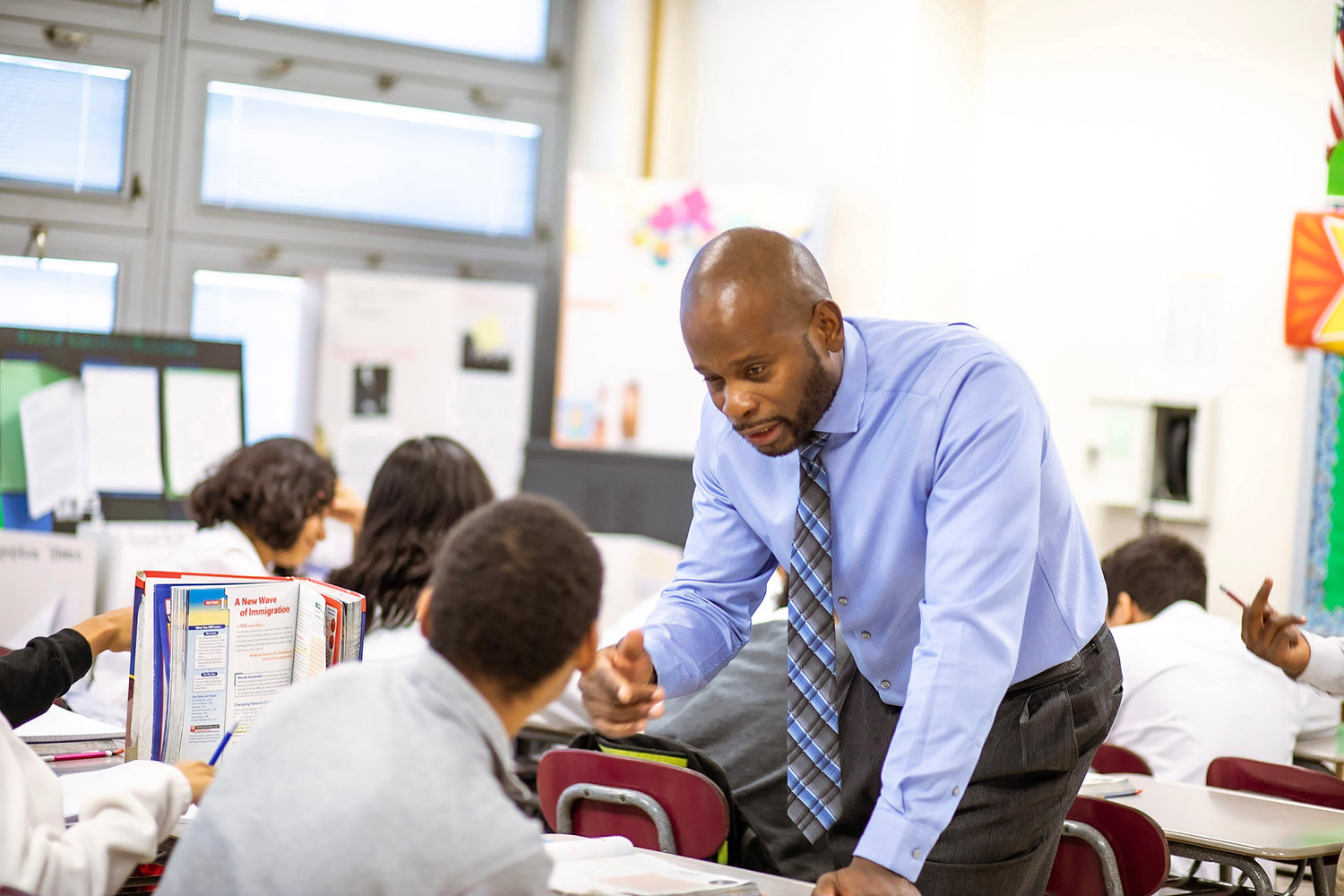 According to Michael Simmon, talking about police brutality and racial justice in the classroom is extremely important. In fact, he thinks not talking about them would actually do his eighth-grade students at IN-Tech Academy a disservice.
Courtesy of Michael Simmon 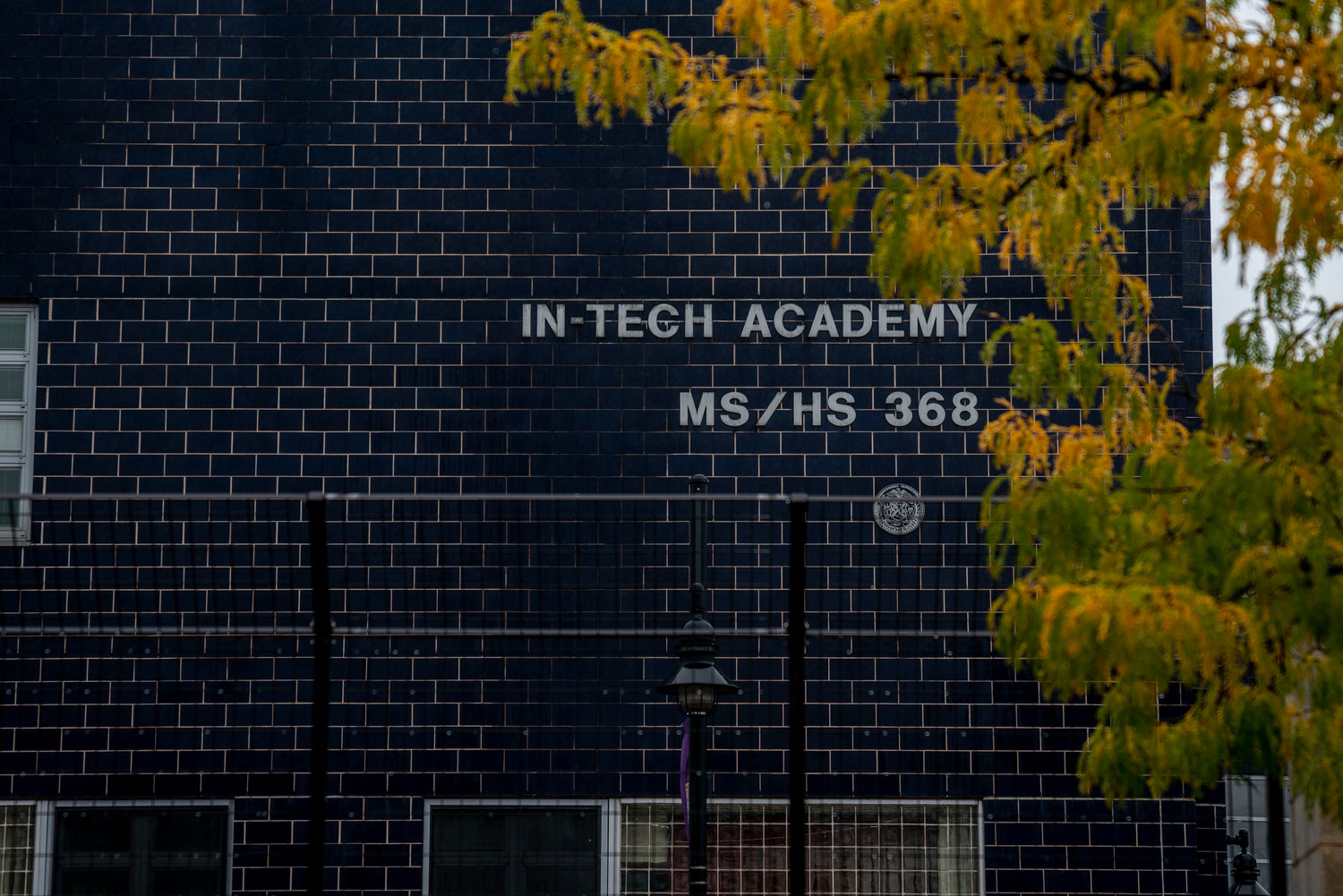 Conversations about racial justice and police brutality might be considered too controversial for an eighth-grade classroom. But Michael Simmon, a social studies teacher at IN-Tech Academy, thinks these conversations are important to have — especially considering the ways in which his own students might be impacted by the same issues.
HIRAM ALEJANDRO DURÁN
Previous Next
By ROSE BRENNAN

Michael Simmon may teach U.S. history, but he also believes history is in the making every day. And that’s especially the case after the resurgence of the Black Lives Matter movement over the past several months.

For some of this time, Simmon was teaching his eighth-grade classes at IN-Tech Academy remotely. But that didn’t stop conversations about Breonna Taylor and George Floyd’s deaths at the hands of the police from finding their way into the virtual classroom. And according to him, those conversations are necessary to have in school — whether in the classroom itself, or over an online videoconferencing app.

Simmon’s U.S. history curriculum picks up during the post-Civil War reconstruction era. And because it begins in the aftermath of a pivotal event in American race relations, it actually informs some of the conversations his class has when it comes to contemporary racial issues. And that’s exactly what happened at the beginning of this academic year.

“Before I started any type of history lesson, we talked about what is race, diversity and the perspectives of race,” Simmon said. “I asked them their feelings and if they had any family members that had run-ins with police officers or law enforcement. Some of them said their family members are police officers or work in law enforcement, and some did have run-ins with the police.”

Simmon believes not talking about uncomfortable or controversial topics like racial justice might actually be doing students a disservice, especially in the city’s public school system, where nearly two-thirds of the students are Black or Hispanic/Latino — populations disproportionately targeted by police. And although his students range between 12 and 14 years old, they’re nevertheless aware of how their identities might impact their interactions with law enforcement — which was a major component of a particular conversation in a recent class.

“It wasn’t a heated conversation, but it was intense,” Simmon said. “And the students were asking me, ‘Why is this happening? Why is this only happening to us? Why is this going on?’”

Simmon doesn’t necessarily think conversations about race should be restricted just to his classroom, or even to other social studies and history classrooms. In fact, he thinks nearly every subject area can implement discussions about race, although they might look different depending on the discipline.

For example, he thinks English teachers can introduce works by authors of color into their curriculum — conversations about race in literature don’t have to begin and end with “To Kill a Mockingbird.” Even STEM teachers can talk about important contributions to their fields made by mathematicians, scientists and engineers of color.

“It empowers the students,” Simmon said. “The students can do their work. The teachers can still teach the subject. And they can see themselves. A lot of times, the kids do not see themselves.”

But the tide might be shifting when it comes to talking about police brutality and similar topics in the classroom — not just in Simmon’s classes, but across the city. Several non-profit organizations in Brooklyn — including Future of Tomorrow, East New York Farms and the Brooklyn Movement Center — collaborated on a safety workshop series about interacting with the police and healing from racial trauma.

In addition to discussing mental health, addressing racial issues in the classroom also was brought up during an Oct. 8 workshop. Nicole Hamilton, one of the workshop’s panelists, believed conversations about racial justice were important to have in the classroom, but was hesitant to say whether that endorsement should be universal.

If and when racial justice and trauma should be addressed in the classroom isn’t just a conversation on the high school level. It’s happening in higher education as well. And while colleges and universities might have more liberty to discuss racial issues than schools like IN-Tech, it doesn’t mean they actually do so.

The Fordham University Anti-Racist Alumni Collective recently released the findings of a survey of more than 2,000 alumni and their experiences on campus. The study found more than half of the survey’s Black respondents said they experienced discrimination from Fordham faculty members, compared to 20 percent of white respondents. Less than half of the survey’s Black students felt safer in the presence of Fordham public safety officers, compared to more than 75 percent of their white counterparts.

These conversations about discrimination and police brutality need to happen in the classroom, according to collective member Alina Kwiatkowski — especially if the survey findings reveal anything close to the reality students of color face at Fordham.

“Aside from specifically addressing some of these recent incidents of racial prejudice, racial bias and systemic racism concerning police brutality, I think it needs to be addressed in (an) everyday curriculum,” Kwiatkowski said. “It needs to be talked about in that light so that students have the opportunity to think more about how it’s just in every aspect of society.”

Even though Simmon encourages teachers from all disciplines to address racial issues in their classrooms, he thinks there’s a time to speak — and a time to listen. And sometimes, it’s time for the students to teach and for the teachers to learn.