Jewish art at a watershed moment

‘Jerusalem Between Heaven and Earth’ artists explore duality and context 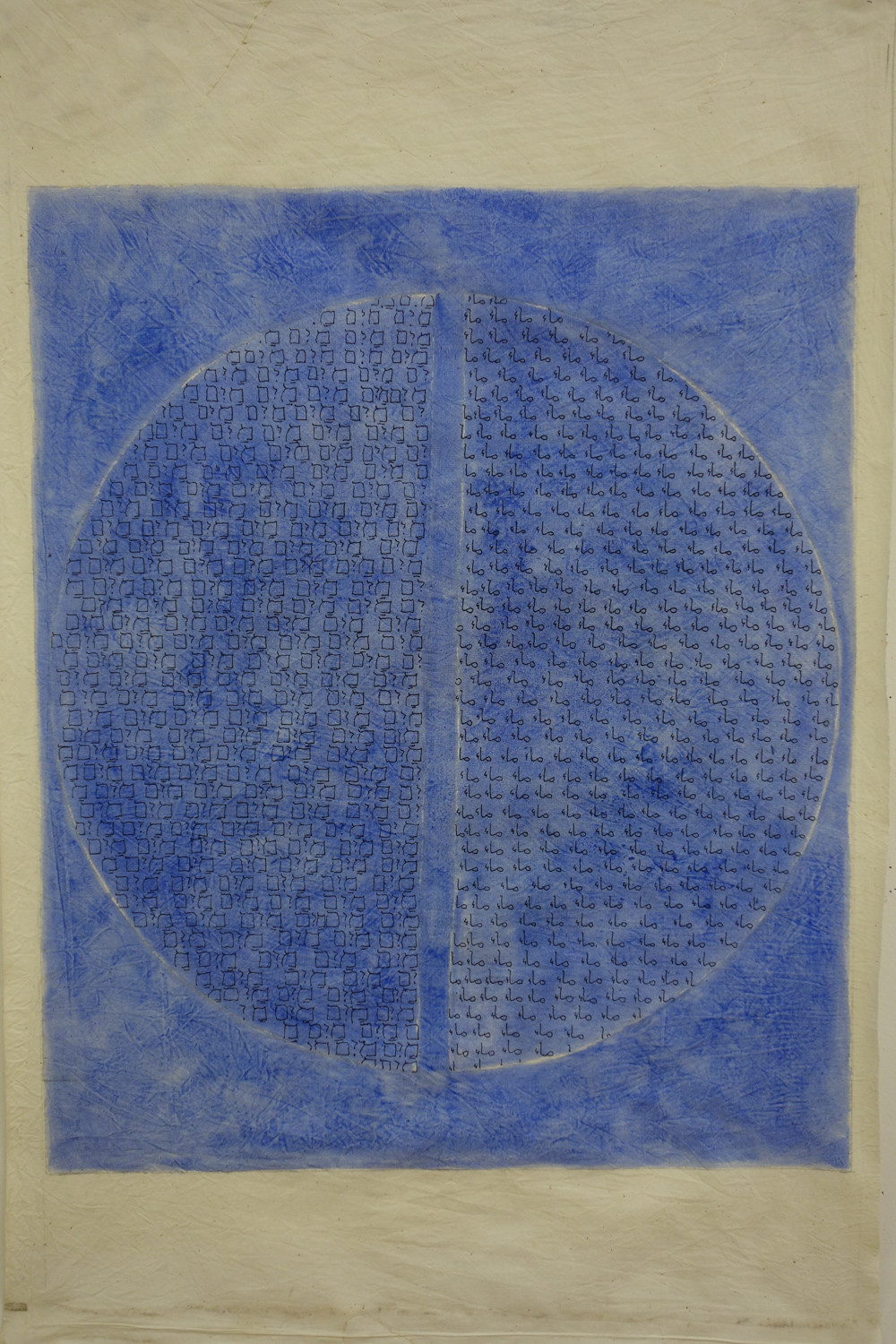 Jane Logemann’s ‘Water-Hebrew/Water-Arabic’ shows the power of language as the word ‘water’ is written in both Hebrew and Arabic on opposite sides of the piece in response to the watershed theme of ‘Jerusalem Between Heaven and Earth.’
Courtesy of Jane Logemann 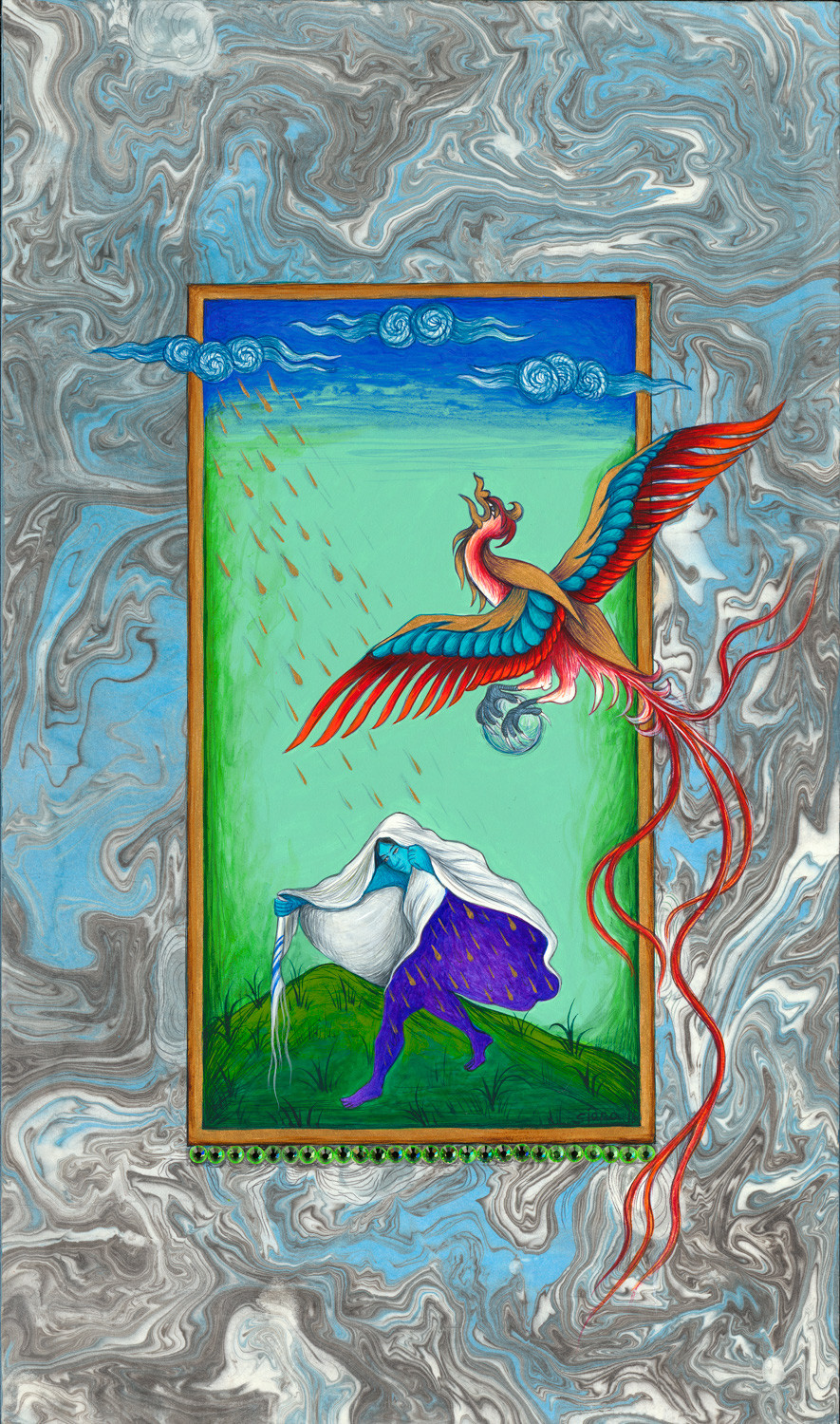 Siona Benjamin’s ‘Exodus No. 5’ takes a look at the current refugee crisis in a series of paintings.
Courtesy of Siona Benjamin 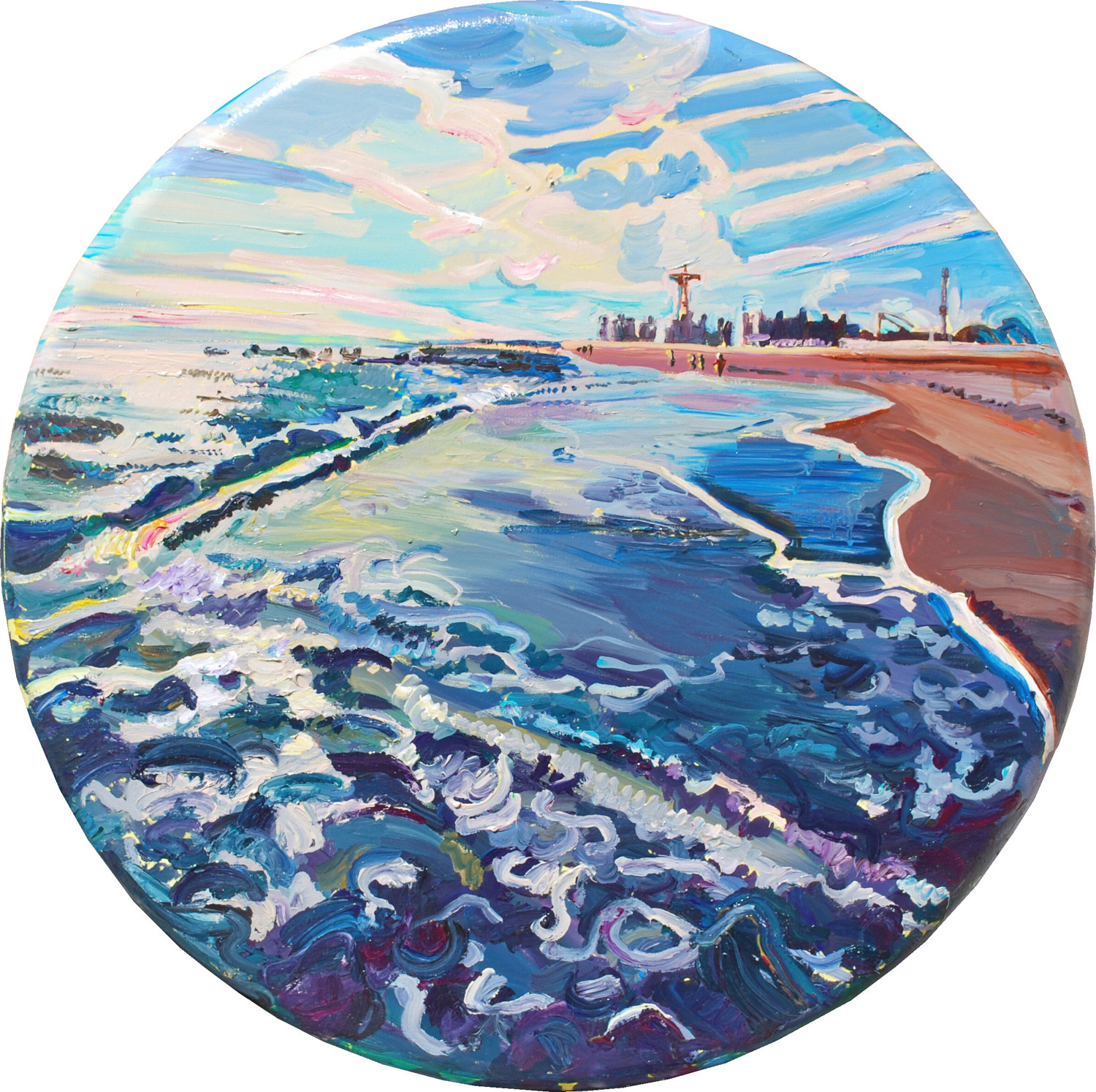 In ‘Promised Land,’ Joel Silverstein uses Coney Island as the setting to reference biblical Israel, while also touching on the Jewish immigrant experience his grandparents had upon moving to America.
Courtesy of Joel Silverstein 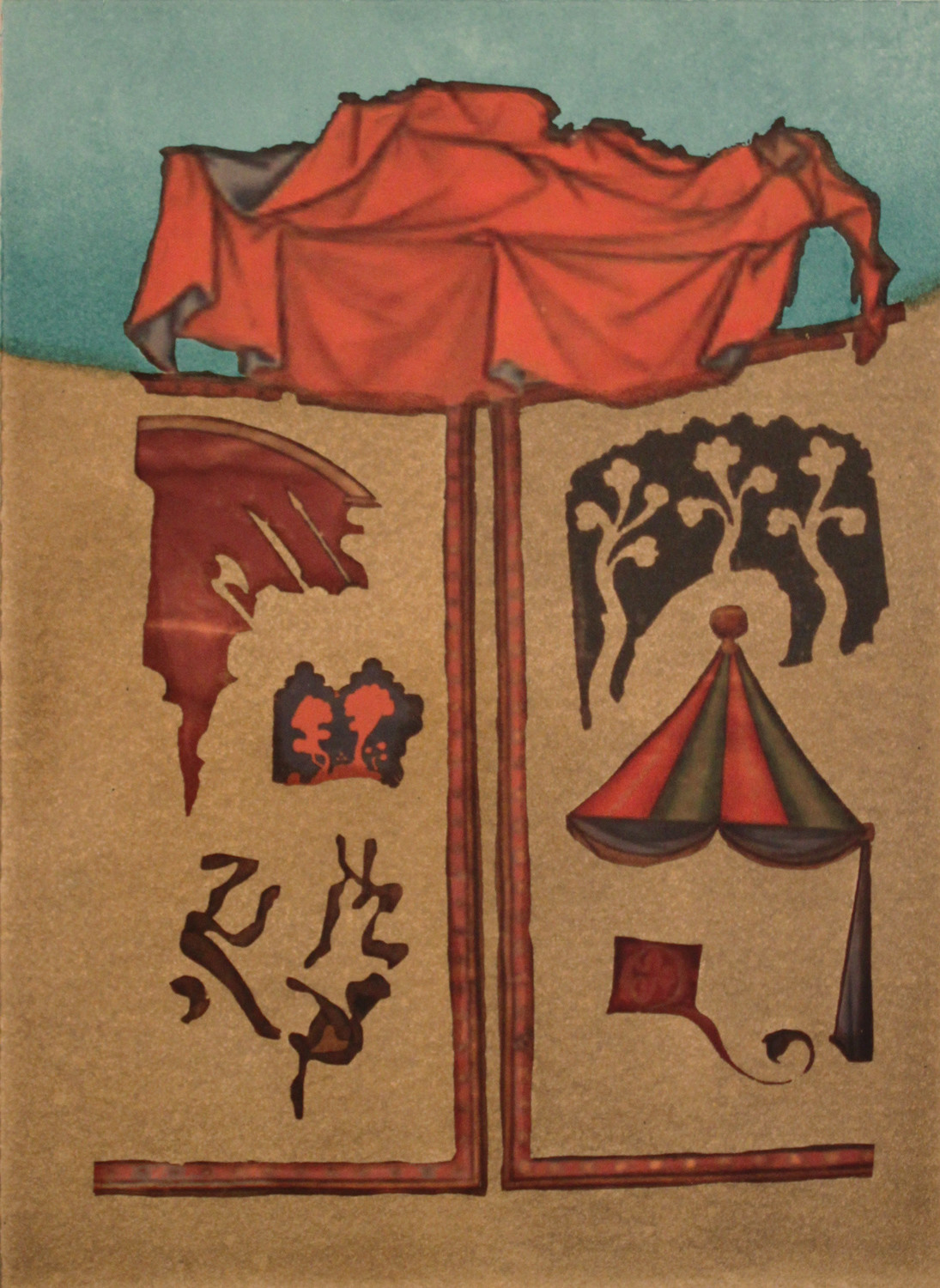 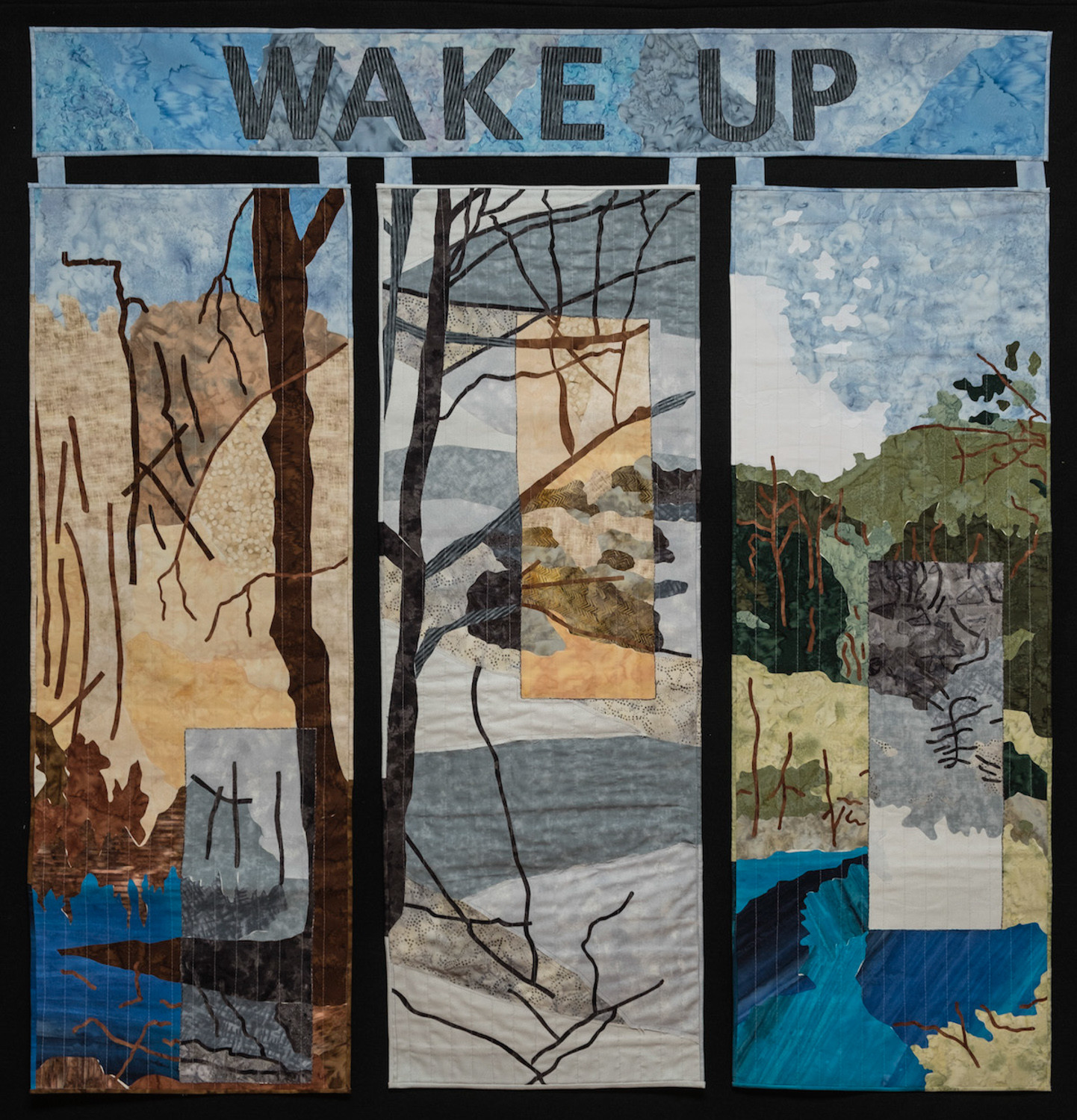 Rachel Kanter focuses on the green side of things in “Wake Up,’ where she encourages the Jewish community to open its eyes on the current state of Earth and the environment.
Courtesy of Rachel Kanter 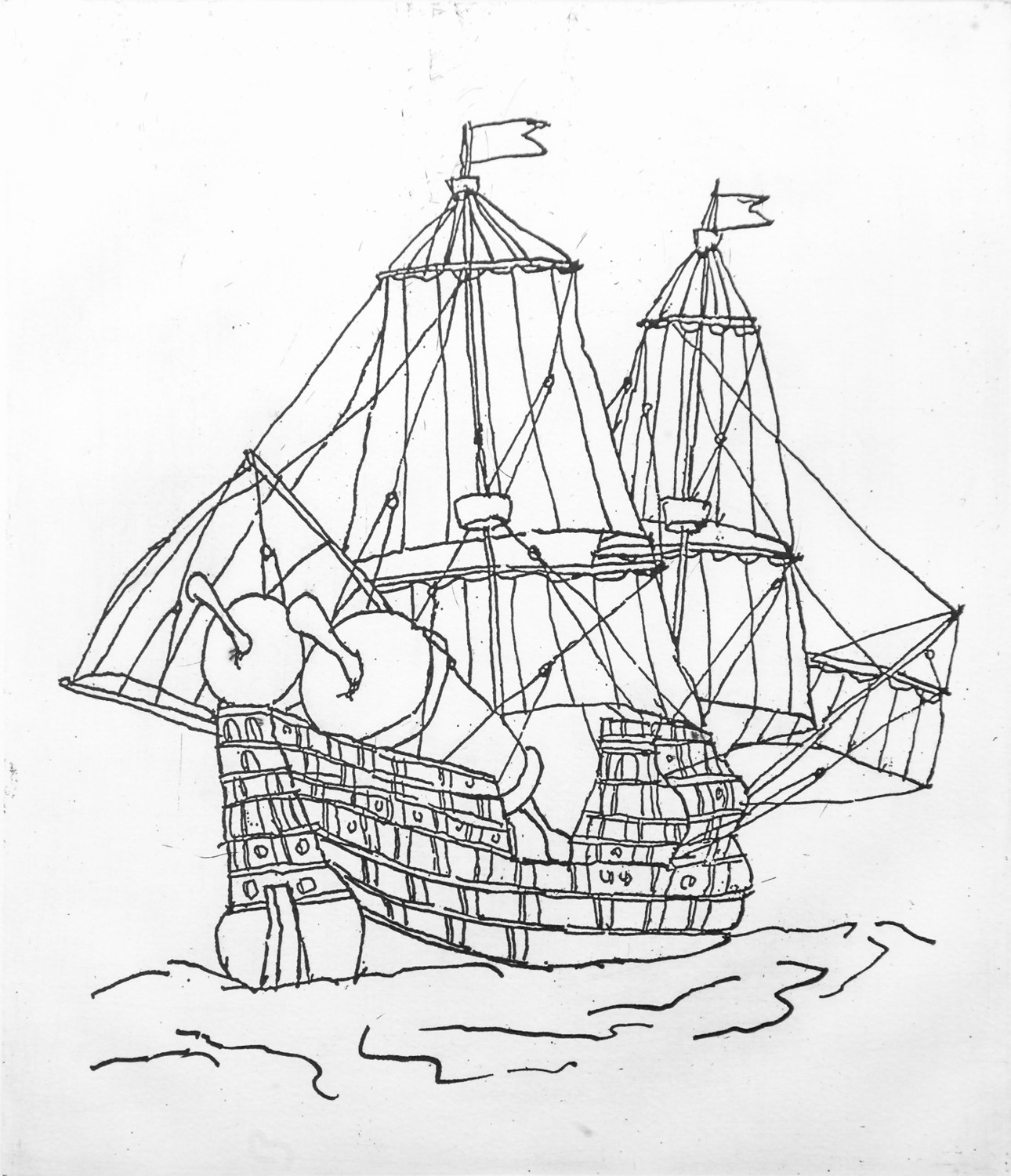 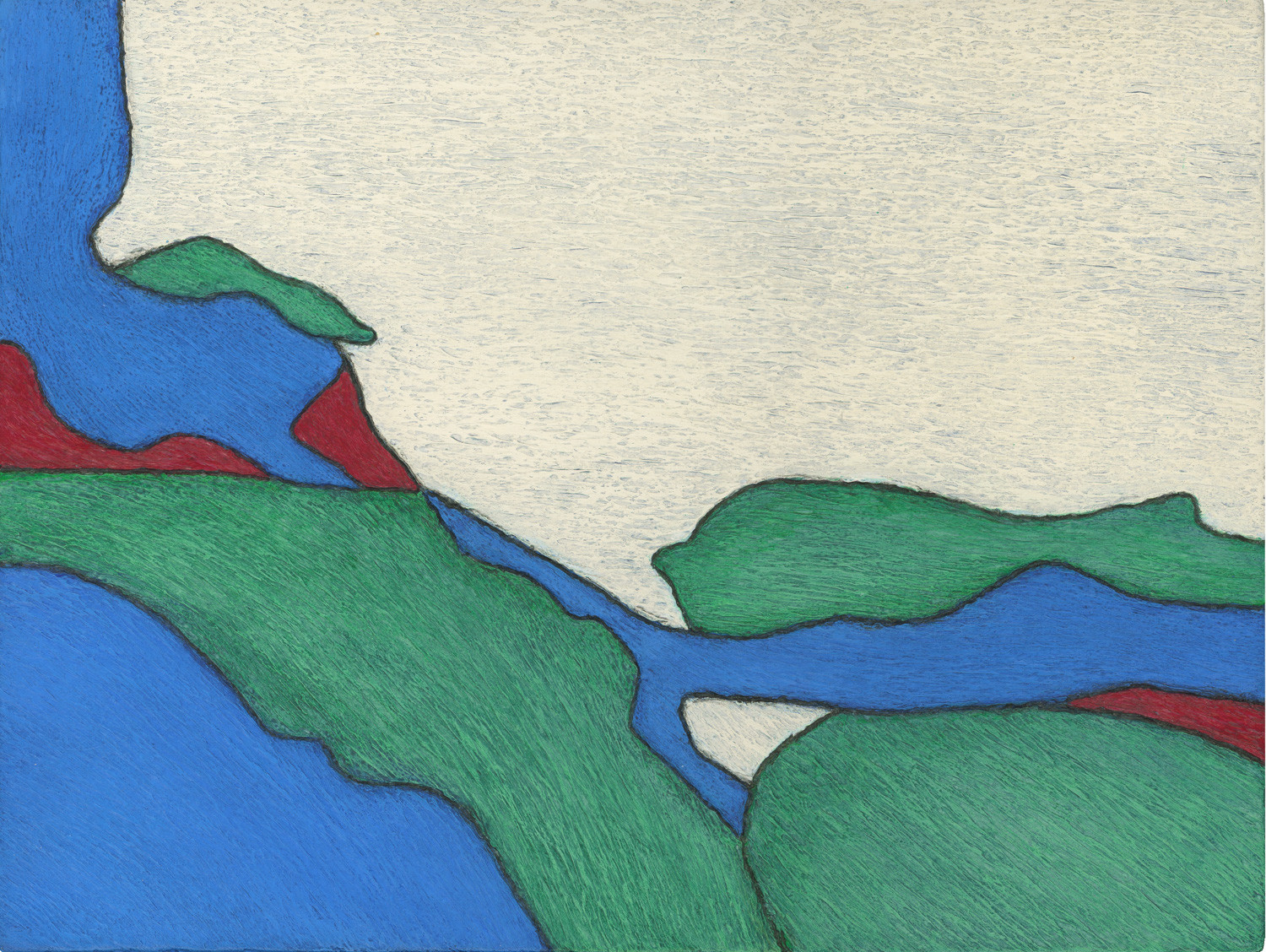 ‘AKHV’ is part of Tobi Kahn’s ‘RHYVA’ series of paintings that look at the beauty and power of water.
Courtesy of Tobi Kahn
Previous Next
If you go …

WHAT: Jerusalem Between Heaven and Earth

WHERE: Derfner Judaica Museum + The Art Collection at the Hebrew Home at Riverdale, 5901 Palisade Ave.

When the word “watershed” comes to mind, one might think of an area that divides water to different rivers. But it means a lot more than that for Ori Z. Soltes.

Soltes is the curator of “Jerusalem Between Heaven and Earth,” an exhibition highlighting 34 works focused on the theme of a watershed, which can mean a turning point in history and other aspects of life. The Jewish Art Salon organized the show, which first debuted last fall at the Jewish Biennale in Jerusalem to celebrate contemporary Jewish art.

The Jewish Art Salon then reached out to the Derfner Judaica Museum + The Art Collection at the Hebrew Home at Riverdale to feature it. Now, the exhibition is on display through May 27 before traveling to Michigan next January.

Susan Chevlowe expanded on Solte’s showcasing a watershed theme that can have spiritual or aesthetic concepts from a Jewish perspective.

“The idea is that moments sort of converge or move into one another,” Derfner Judaica’s chief curator and director said. “Something happens in history that may be a turning point, and we call it a ‘watershed moment,’ and that signals a dynamic change from one way of being into another, or one historical moment into another.

“All of these artists are then interpreting what’s a watershed moment for themselves.”

An example of this is Miriam Stern’s “Crusader Bible I.” The piece is just one in a series of prints drawing inspiration from the actual Crusader Bible, an illustrated manuscript of stories from the Old Testament. But instead of drawing direct inspiration from its Christian roots, Stern uses it to come up with a new version that incorporates Judaism.

“It’s meant to re-contextualize the Bible into a Jewish context,” Chevlowe said.

“Water-Hebrew/Water-Arabic” by Jane Logemann is another piece that fits into the watershed them by actually using water as its focus. Logemann creates a large circle with an empty space in the middle. On one side, she writes the word “water” in Hebrew. On the other, she writes the same word in Arabic.

It’s an effort to go beyond the meaning of the word “water,” showcasing the differences behind each language’s culture and context.

“‘Can they be made whole?’ is the question here,” Chevlowe said.

Many points of view

When it comes to understanding the work in “Jerusalem Between Heaven and Earth,” Chevlowe believes it’s important to look at each artist’s work from a broader perspective.

“We’re in a moment where, because of our own political context, Jerusalem has become again more visible in global politics, (and) in global concerns,” she said. “For people who see the exhibition, (they) come and see (it) through a particularly Jewish lens in ways that allows one to see the different ways in which Jews and others connect personally, politically and spiritually to this holy city.”

Chevlowe hopes visitors will “really understand that there is not one point of view” in contemporary Jewish art.

To her, highlighting contemporary artists who can take a theme as broad as watersheds and turn it into something personal or profound is worth taking a look at.

“I think contemporary artists do a lot of interpreting the world for us and giving meaning to the things that are happening in the world, and they’re doing this in a visual way through a visual language,” Chevlowe said.

“They’re adding depth to our understanding of the world around and what’s going on in the world around us in our relationships between individuals, between ethnic, or religious groups in between countries.”