The northwest Bronx is diner heaven 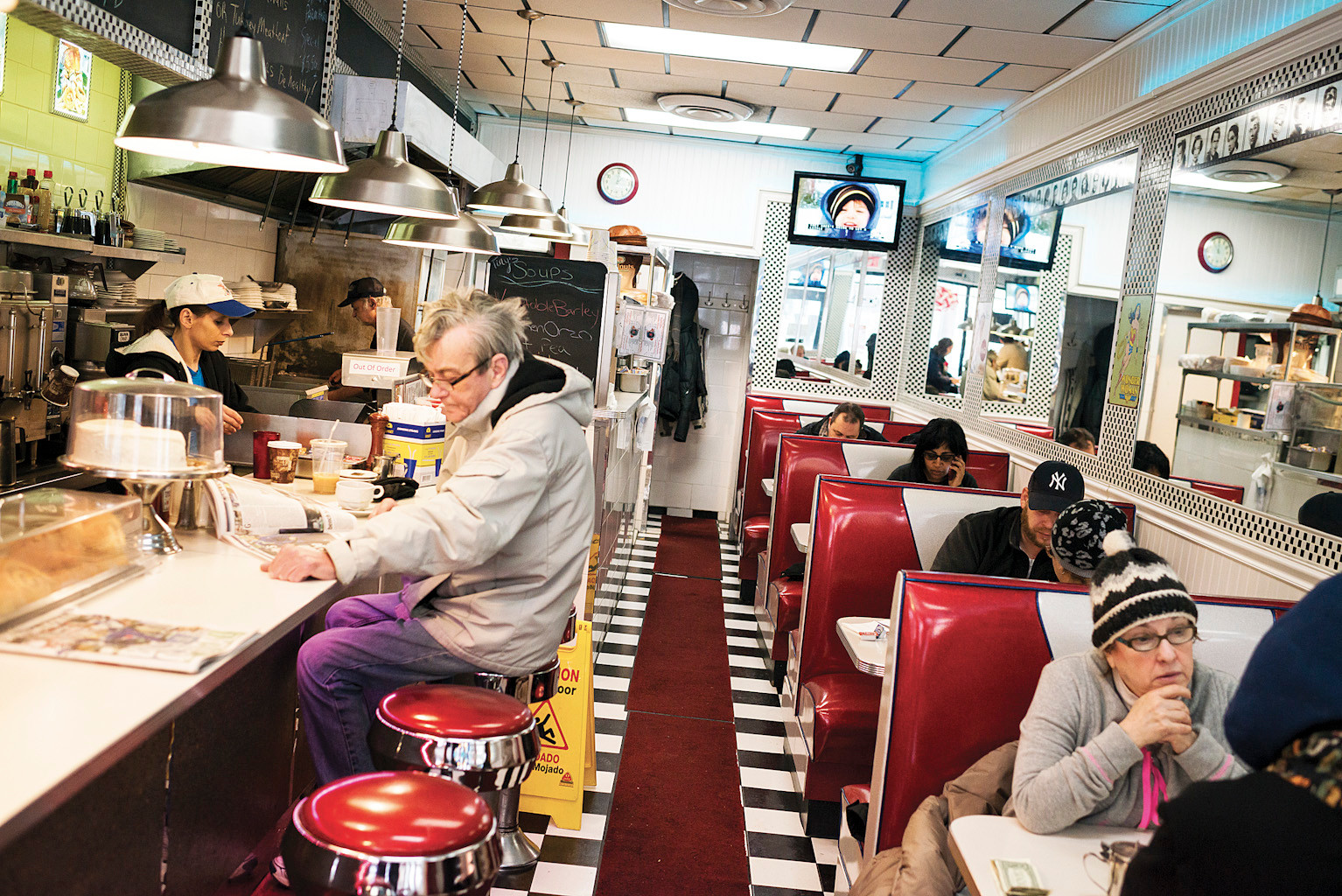 The breakfast scene at Tiny's Diner in Riverdale on Monday morning.
Adrian Fussell / The Riverdale Press 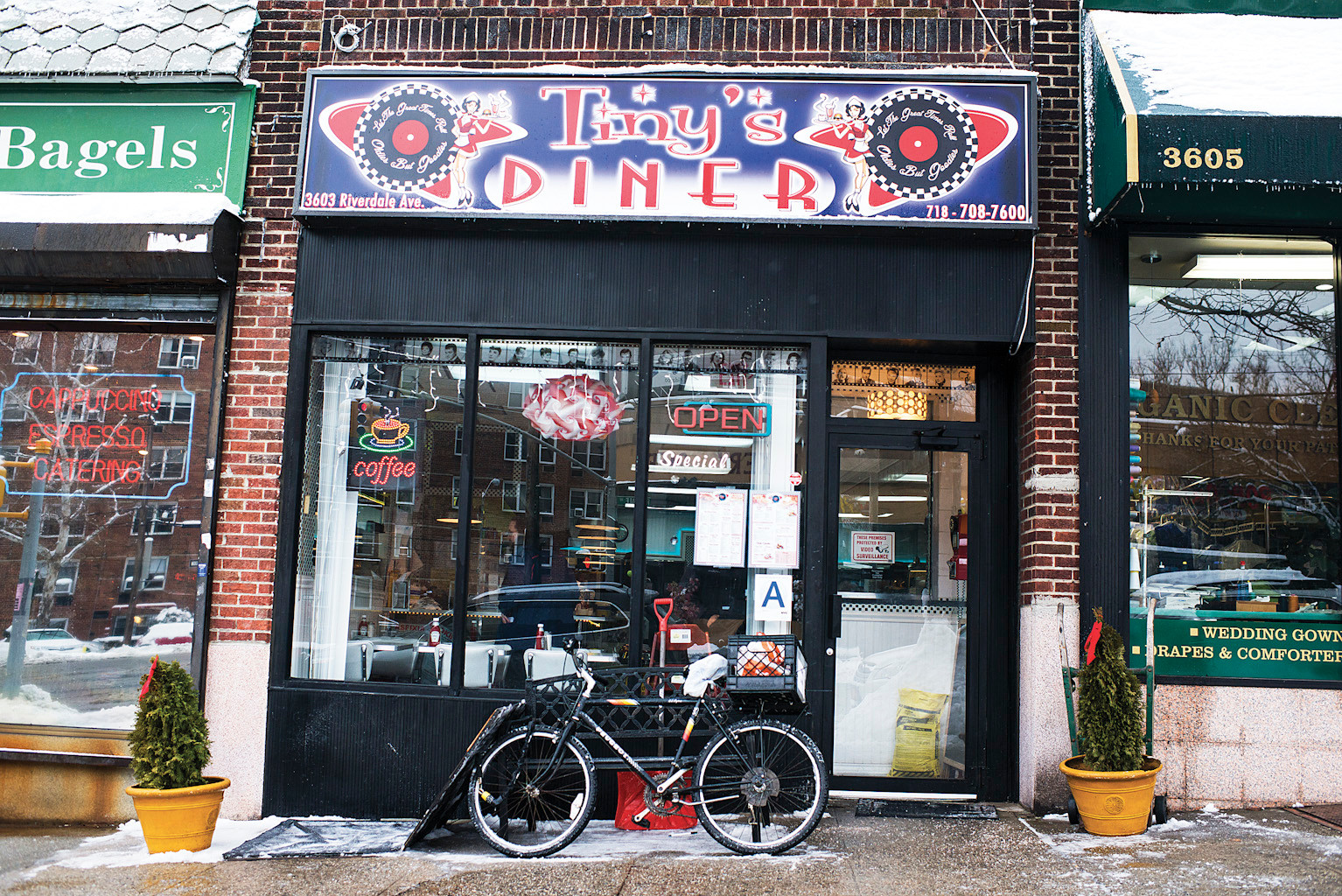 The exterior of Tiny's Diner on Riverdale Avenue.
Adrian Fussell / The Riverdale Press 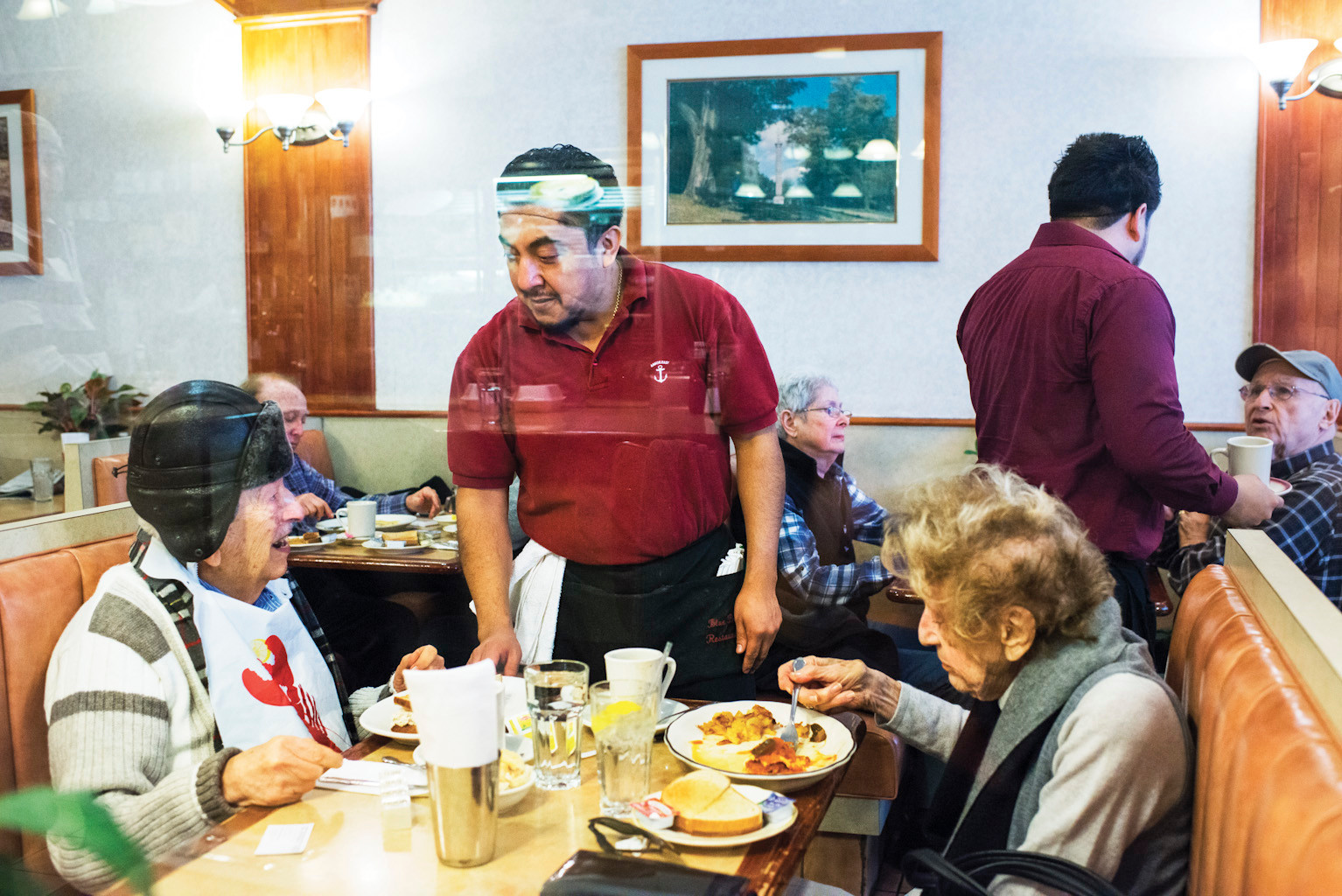 Walker and Anita Stern, both 95, have breakfast at the Blue Bay Restaurant in Riverdale on Monday
Adrian Fussell / The Riverdale Press 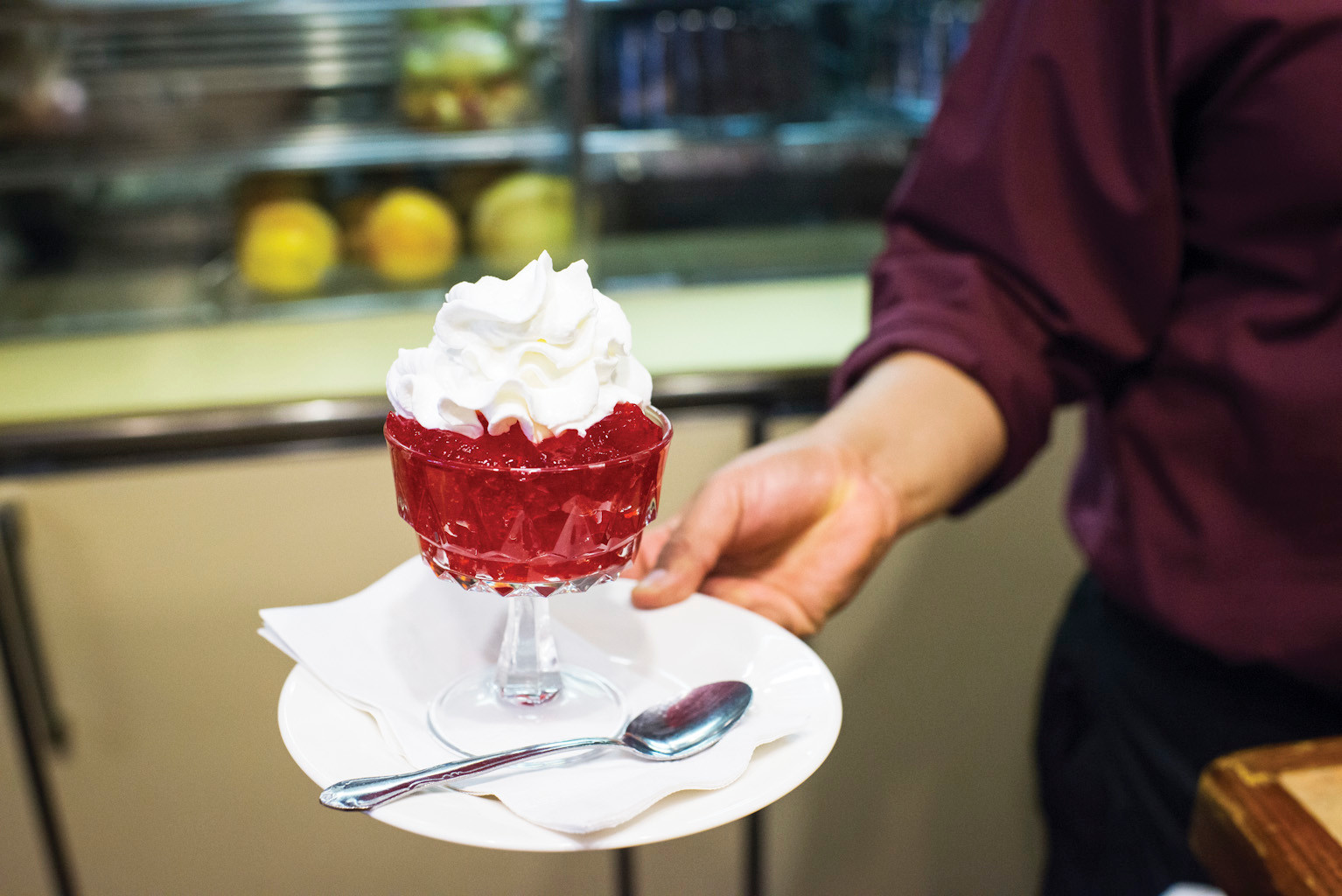 A Jello float is served at the Blue Bay Restaurant.
Adrian Fussell / The Riverdale Press 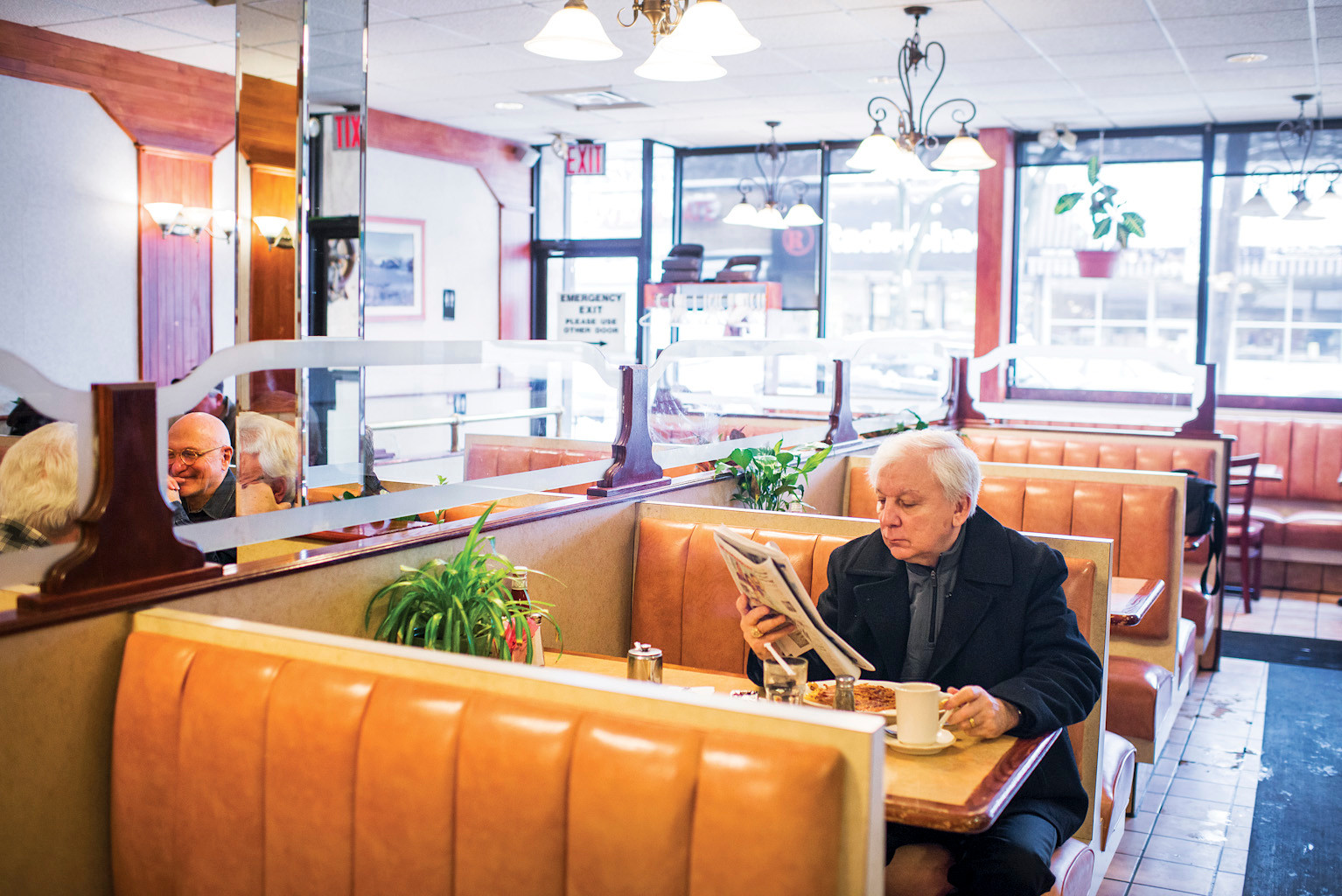 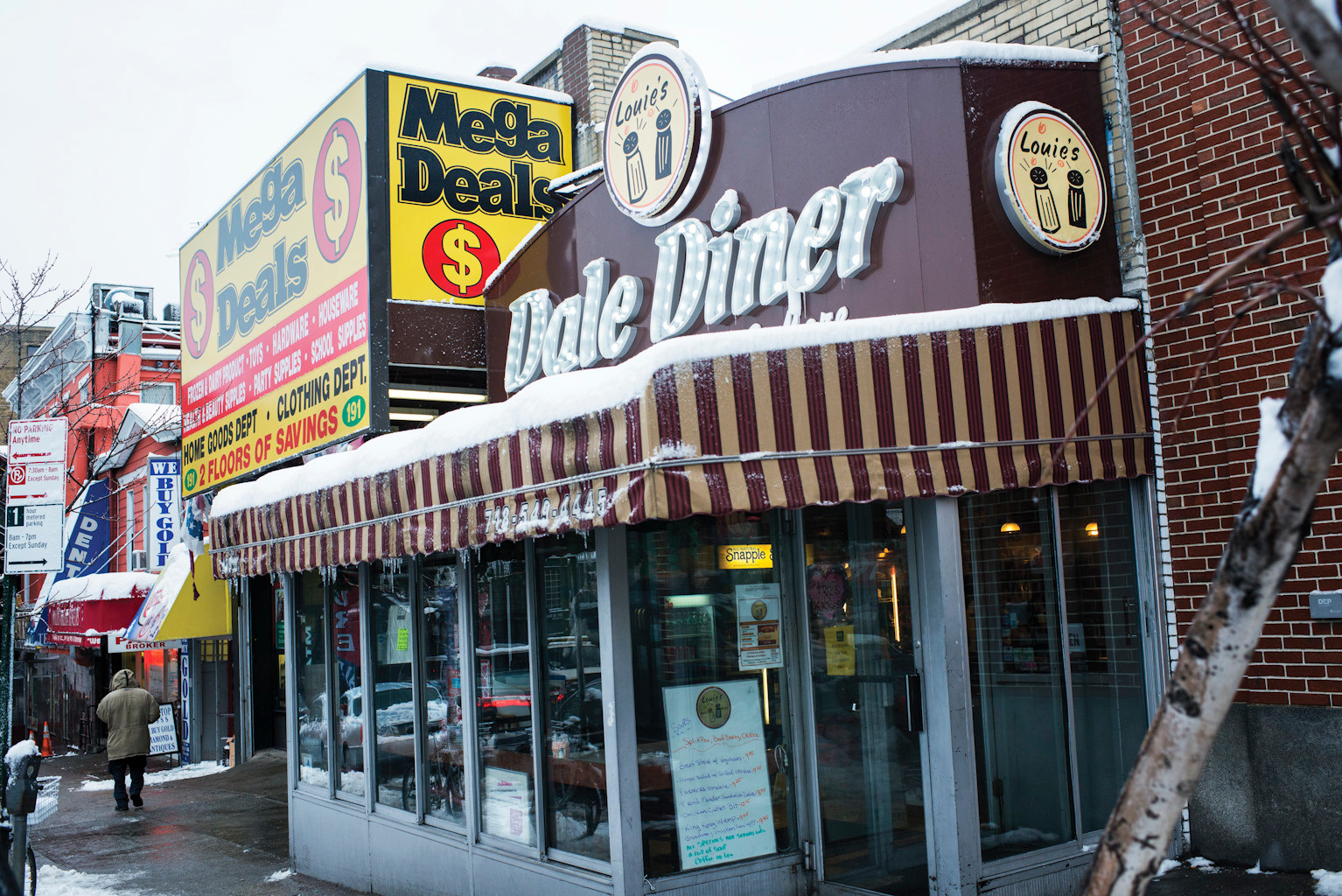 The exterior of Louie's Dale Diner in Kingsbridge on Monday.
Adrian Fussell / The Riverdale Press 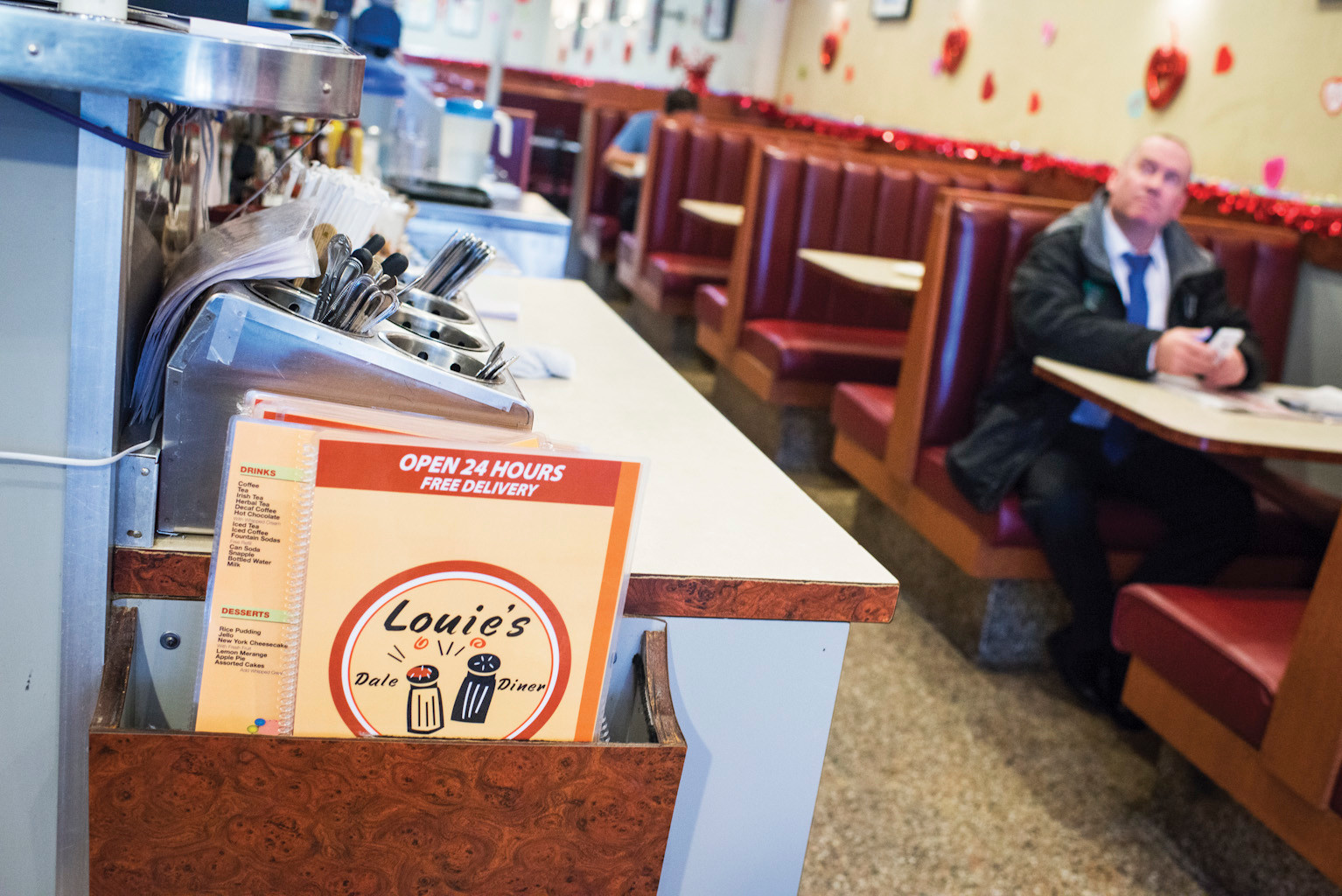 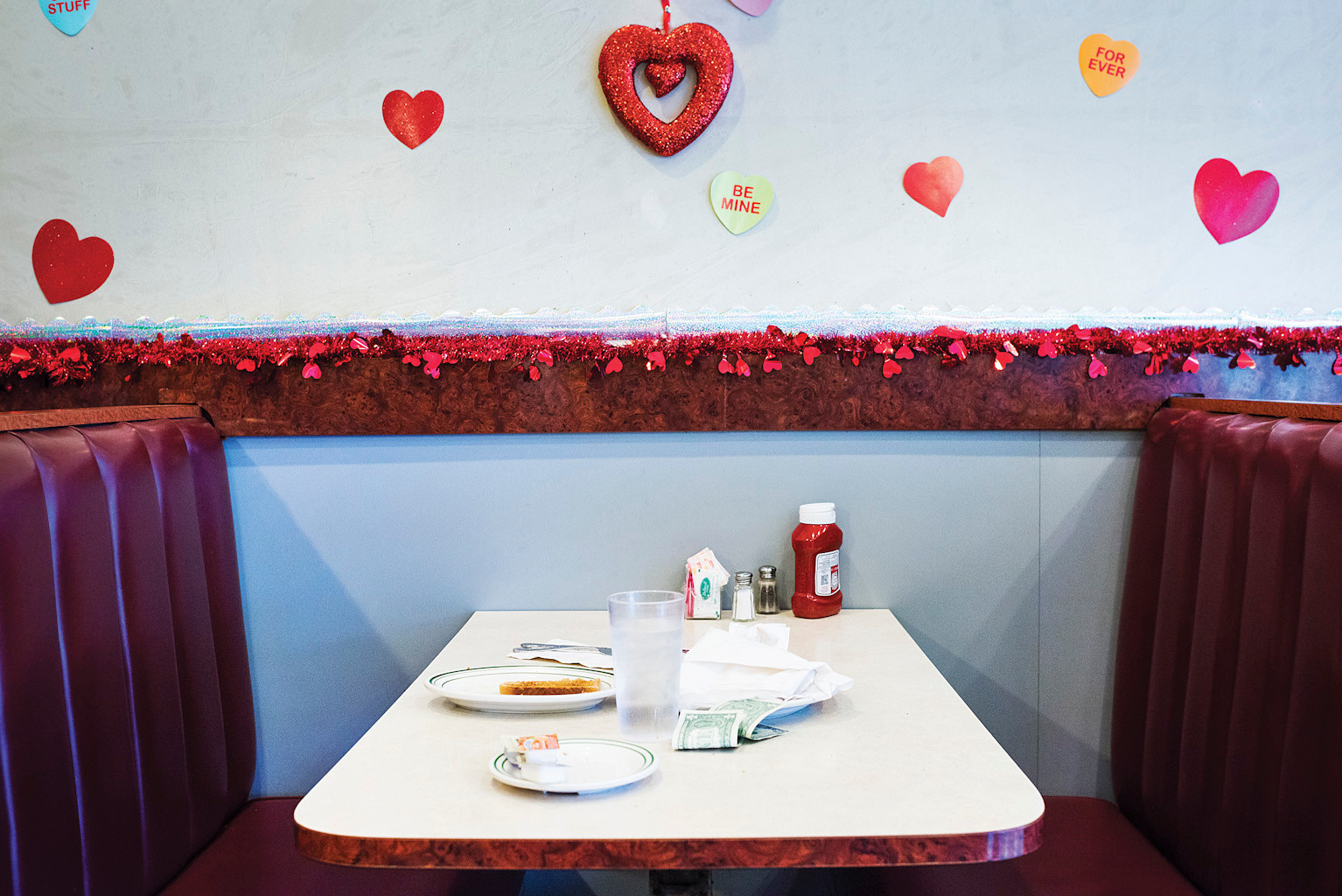 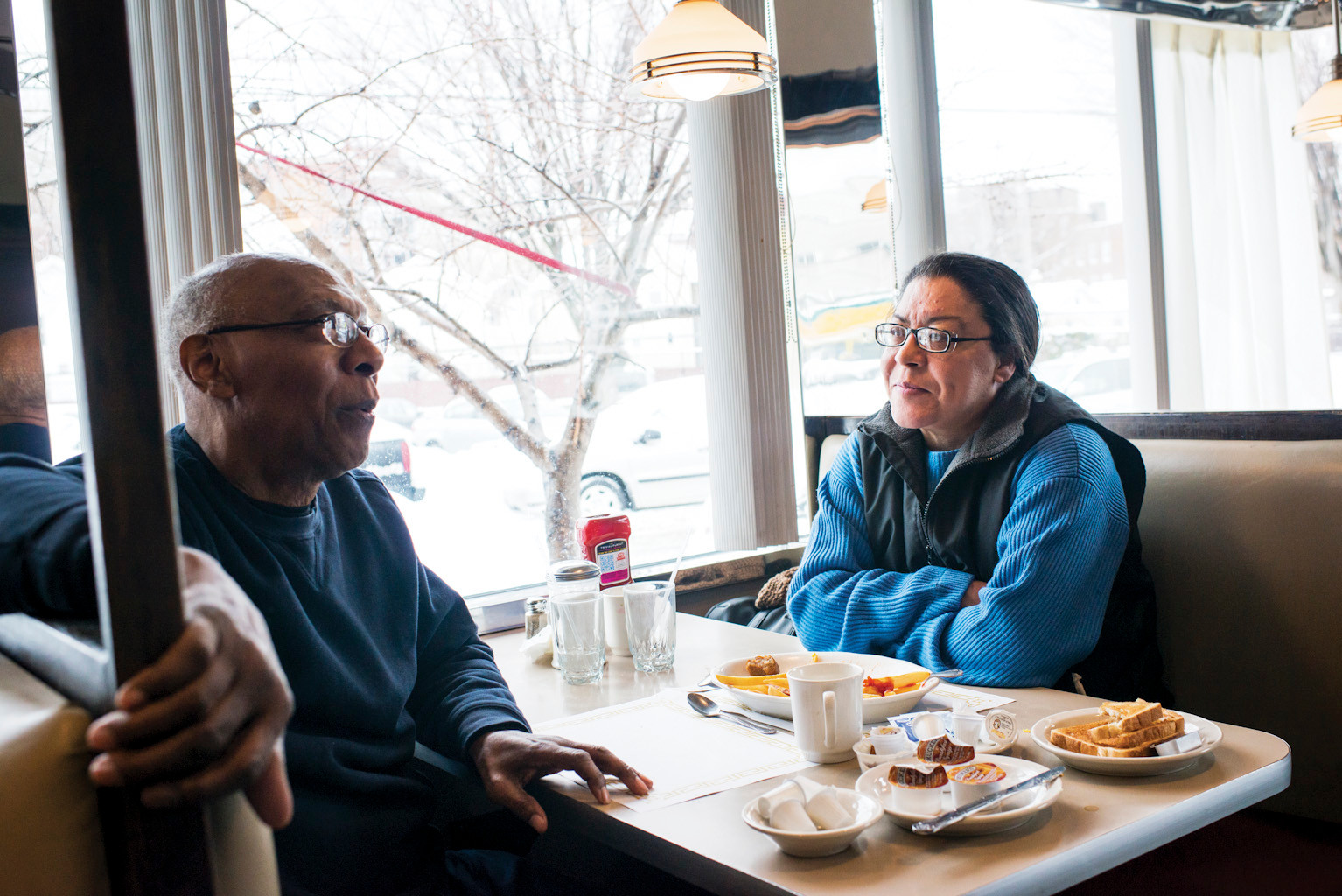 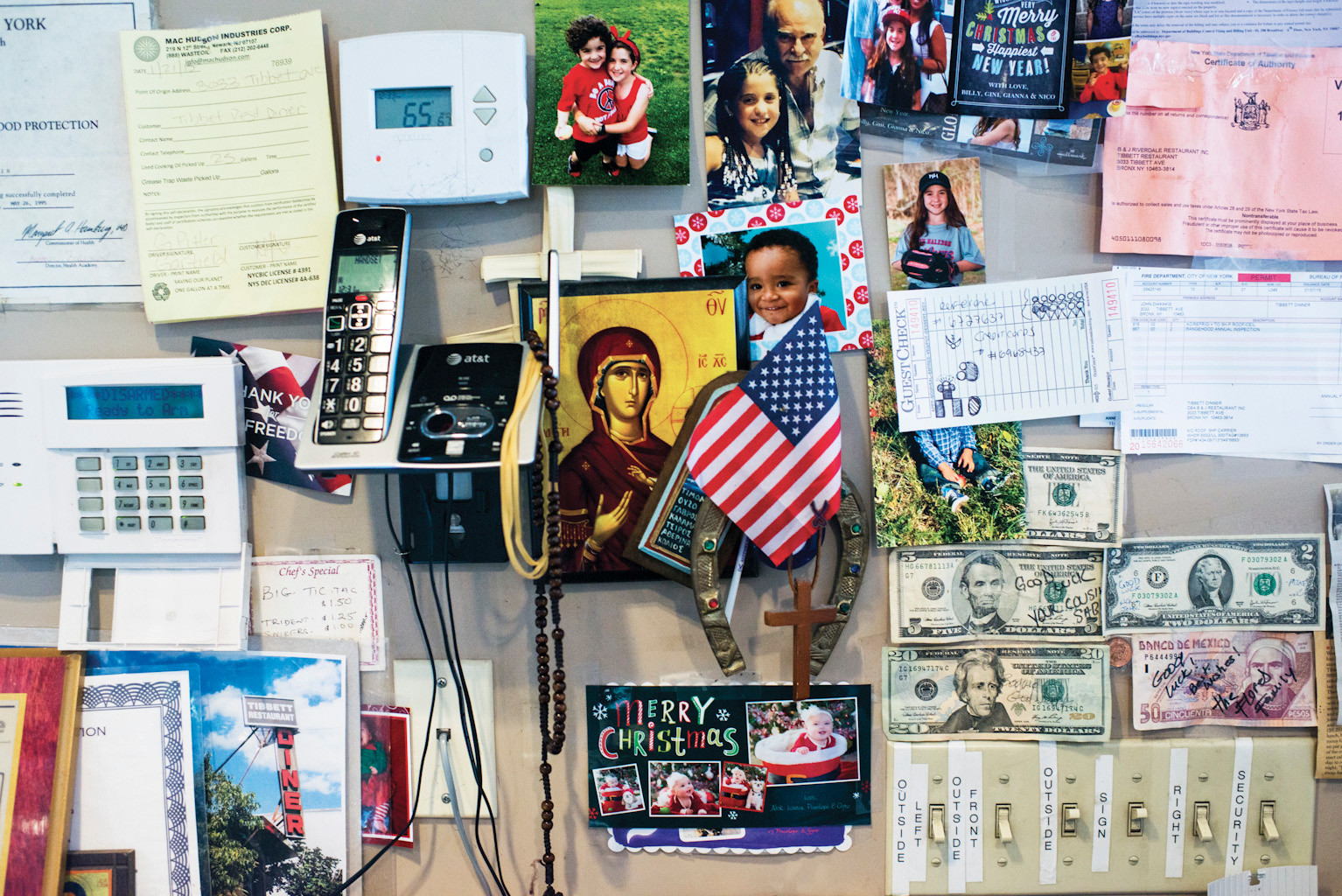 Details over the cash register at Tibbett's Diner in Kingsbridge on Monday.
Adrian Fussell / The Riverdale Press 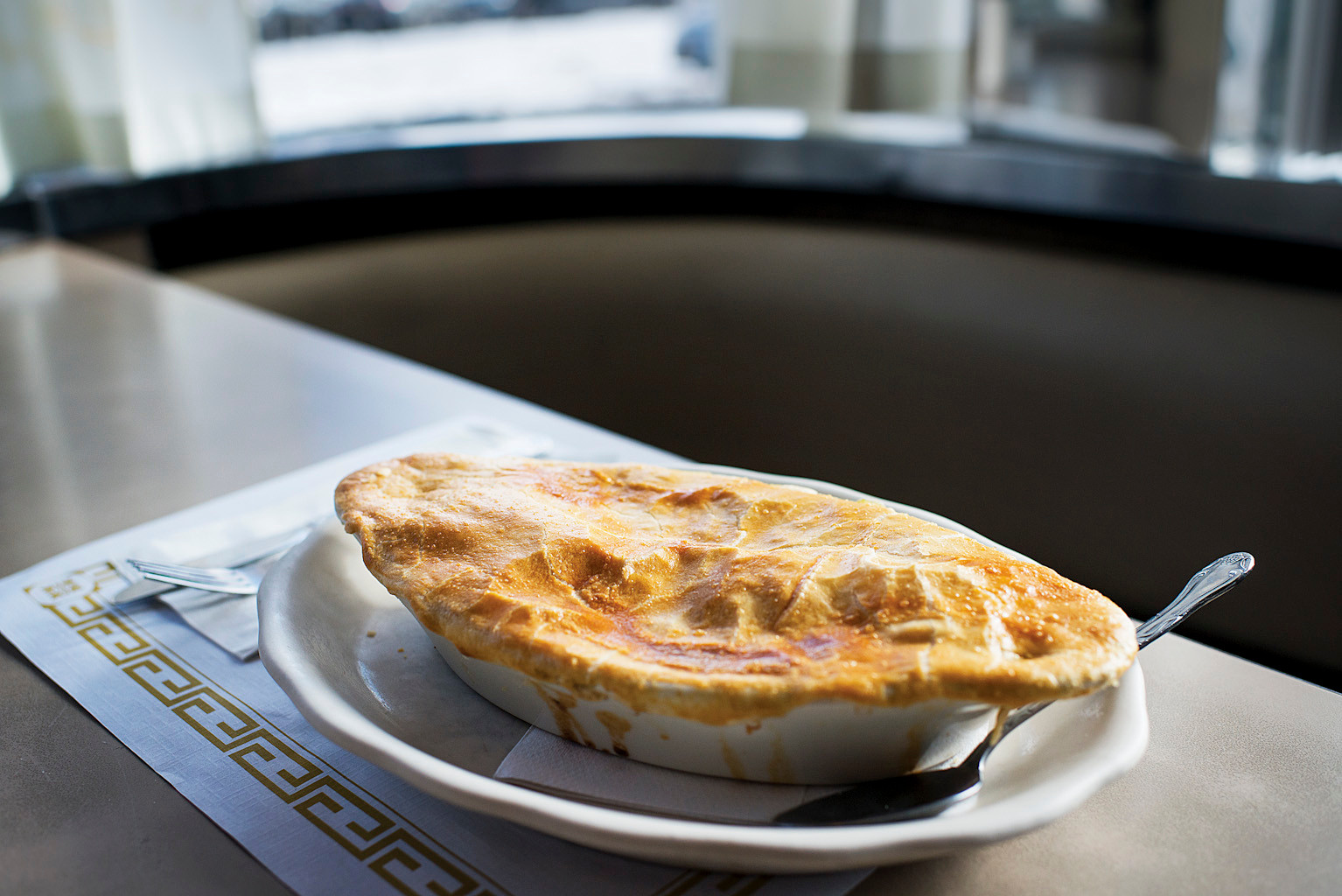 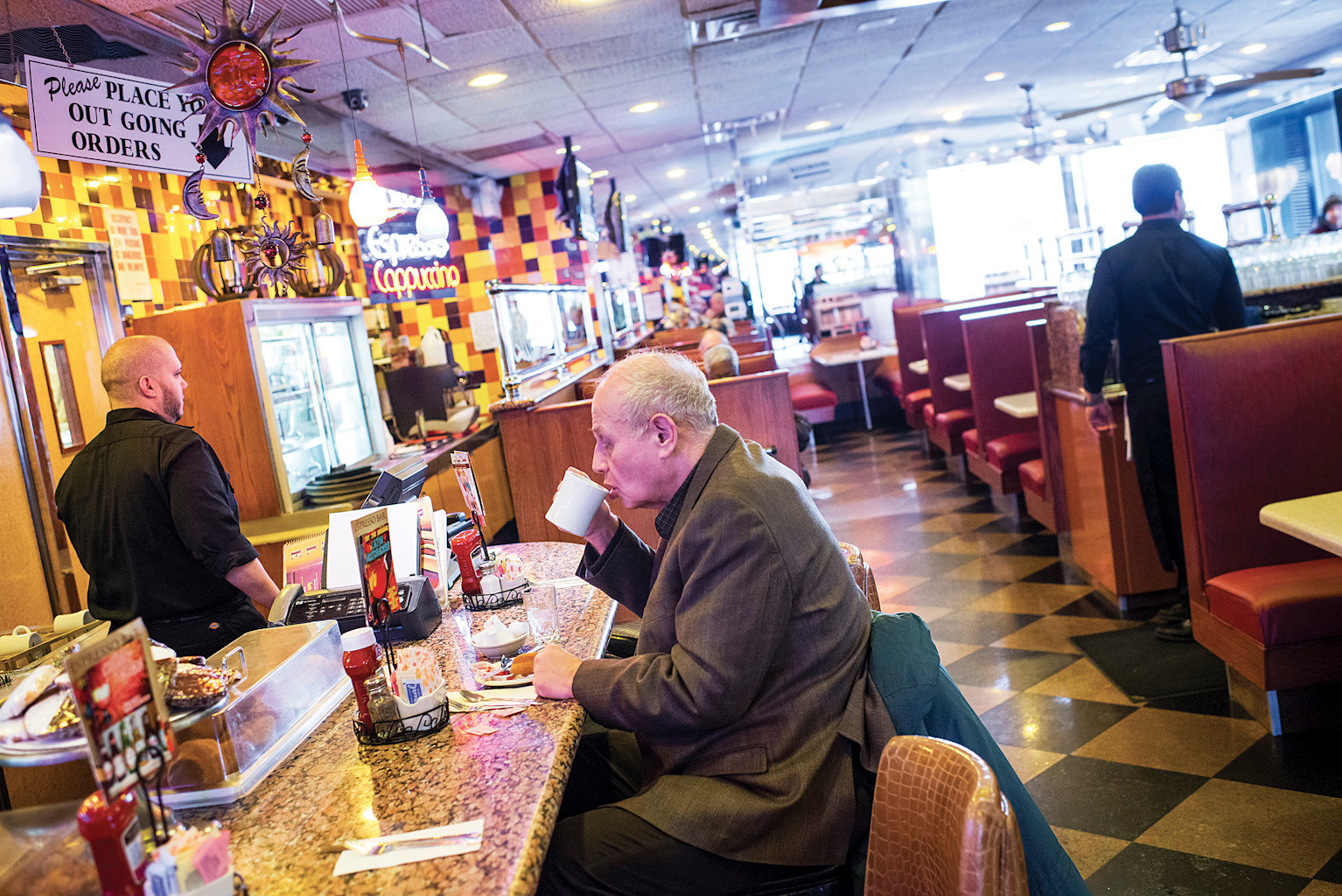 Attorney Lawrence Cooper has lunch at Riverdale Diner on Jan. 29.
Adrian Fussell / The Riverdale Press
Previous Next
By Nic Cavell

News anchors, CEOs, construction workers. Tibbett Diner, a Riverdale favorite, has seen them all since its early days as a railway cart back in 1968. Co-owner Nick Diakakis makes a point of treating all his customers like family.

Pointing to the building’s foundations, Mr. Diakakis, 32, said that the diner’s past is embedded in the present. “The cart’s wheels are still down there,” he said.

The interior, meanwhile, has been remodeled a number of times since 1968. Regulars said they welcomed the return of sleek metal counters when the diner reopened in the fall of 2009 after a fire.

Mr. Diakakis said he has seen history in motion at the restaurant.

There might well be a secret ingredient in Tibbett’s Friday special: the famous chicken pot pie.

At just over three years old, Tiny’s Diner has not been on the scene as long as some of the local heavyweights. But it makes up for the difference with general manager Brian Seitz’s expertise in French cuisine.

Mr. Seitz, who got his start at French bistros in Midtown Manhattan, makes a mean steak au poivre with peppercorns. There is also standard diner fare like omelets, frittatas and meatballs. Lloyd’s carrot cake is regularly available, too.

Tiny’s original owners opened the diner with a one-sided menu in September 2011. When Mr. Seitz took over in May 2013, he made the menu two-sided and noticed an immediate increase in customers, especially through deliveries.

“We make our own turkey now. We bake our own muffins, which is something the previous owners wouldn’t do. We also play ‘50s music in the evenings,” he said. “Since 2013, we’ve really turned the place around.”

Alex Katechis, 69, started Blue Bay Restaurant in 1975. He still owns the establishment and says he cannot get enough.“Even on my day, off I’ll stop by,” he said.“This place is my second home.”