Racing, and remembering those lost on 9/11 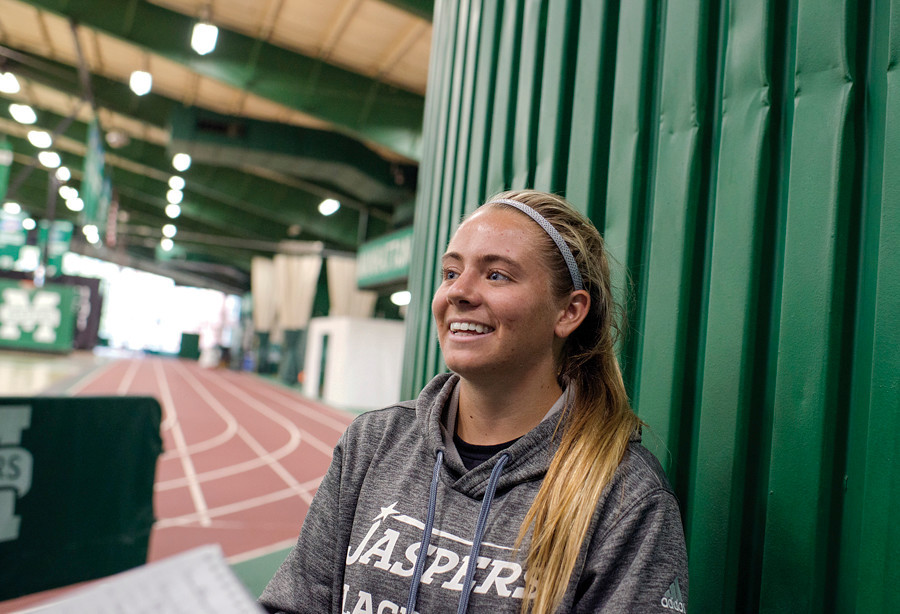 Manhattan College lacrosse player Kaitlyn Cunningham, who helped raise more than $200,000 at the recent Tunnel to Towers 5K Run and Walk, speaking to the Press on Oct. 1.
Adrian Fussell / The Riverdale Press 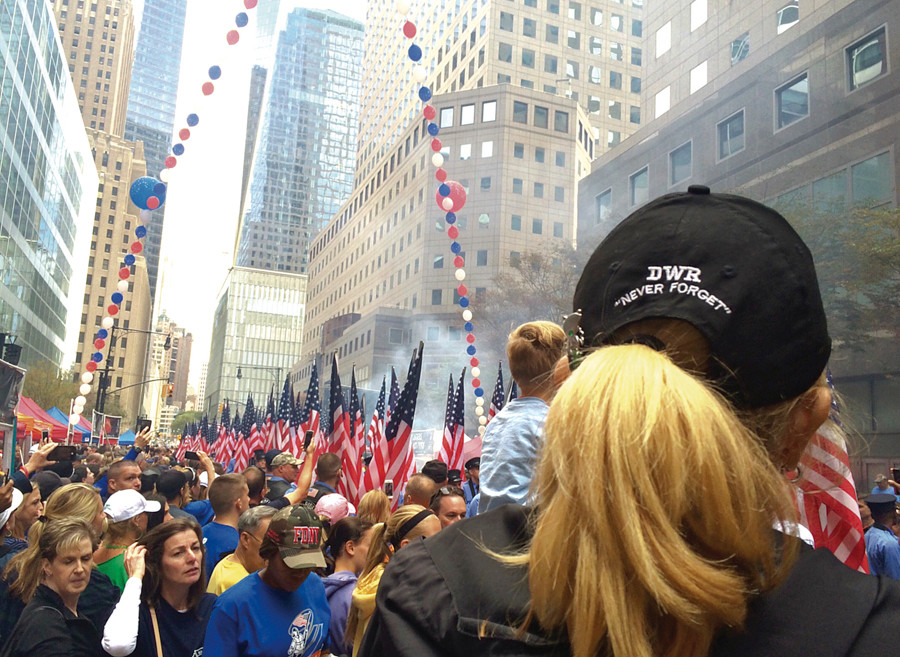 The scene at the recent Tunnel to Towers 5K Run and Walk on Sept. 27.
Photo courtesy of Kaitlyn Cunningham
Previous Next
By Sean Brennan

It’s been a little over 14 years since Stephen Siller, a courageous New York City firefighter, lost his life trying to save others on September 11, 2001. Siller, who called Park Slope’s Squad 1 his work home, is best remembered as the fireman who raced to the Brooklyn Battery Tunnel and, when he saw the tunnel was already closed, donned 60 pounds of gear and ran through the tunnel to the Twin Towers where he lost his life trying to save others.

Fourteen years has done little to assuage the pain of the Siller family for their loss that fateful day, but out of that dark hour was born the annual Stephen Siller Tunnel to Towers 5K Run and Walk, an event that drew over 30,000 runners in its’ latest installment on Sept. 27.

Included among those 30,000 was a 400-member contingent known collectively as Team Shamrock and a sizeable amount of that team — 400 strong — came from Manhattan College men’s and women’s lacrosse teams. And it was all due in large part to Manhattan lacrosse player Kaitlyn Cunningham and her mother, Kathy, who lost her brother in the 9/11 attacks.

So how was the Team Shamrock movement born at Manhattan?

“When I came to Manhattan my mom had already started Team Shamrock and it grew year by year,” said Cunningham, a senior midfielder. “In my sophomore year it was me and maybe six or seven other members. But last year we got my whole team to sign up and join as well as the Princeton men’s lacrosse team because my neighbor Matt [O’Connor] is the captain of that team.

“This year it grew even more and it took on a life of its own,” she continued. “The entire [Manhattan] men’s team joined us this year because they were on board with getting into community service. And my younger brother Conor, who plays for Fairleigh Dickinson University, and his whole team ran as well. We all ran with Team Shamrock so it just grew and grew.”

It was an experience that left all who participated with a greater appreciation for those who lost their lives on 9/11 and for soldiers who fought in Iraq and Afghanistan.