Thousands frolic at festival down by the riverside 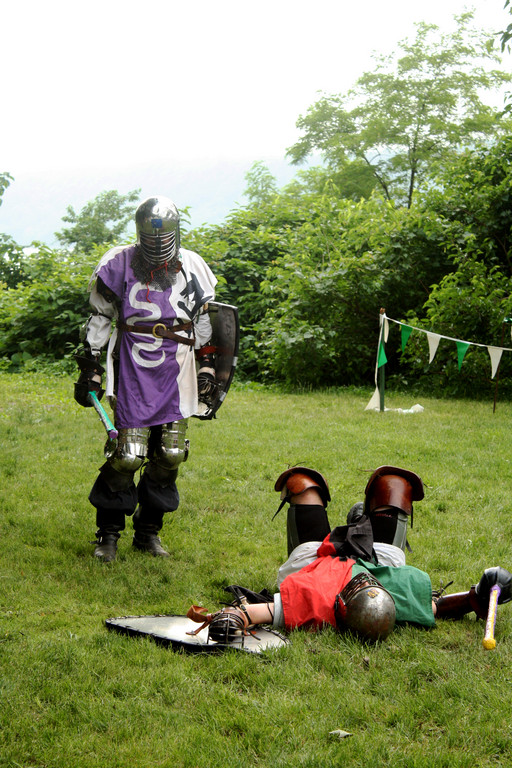 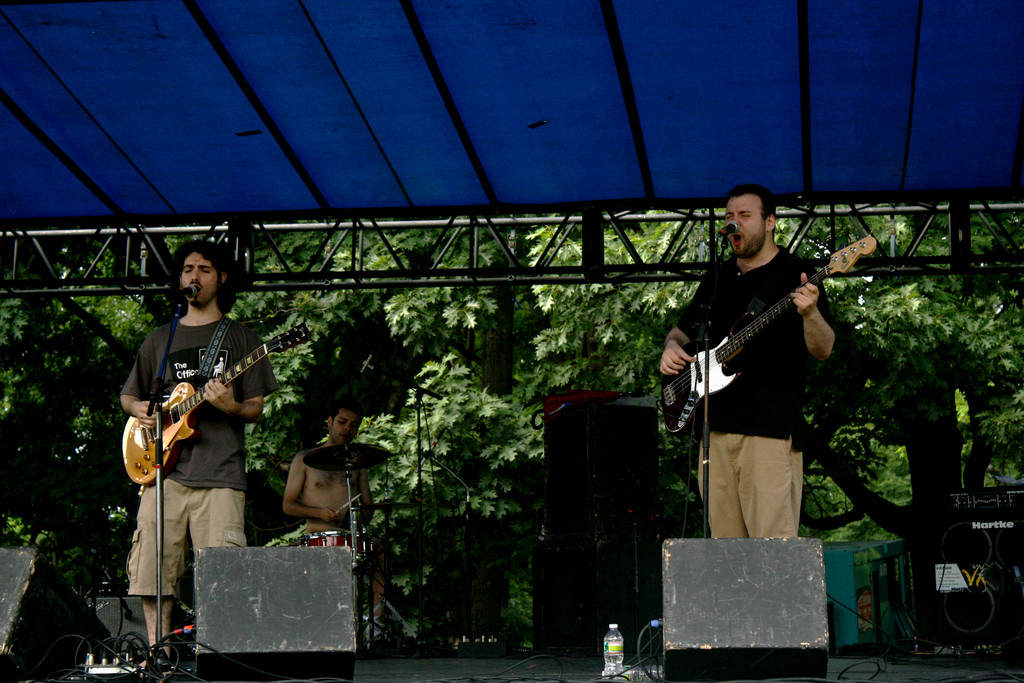 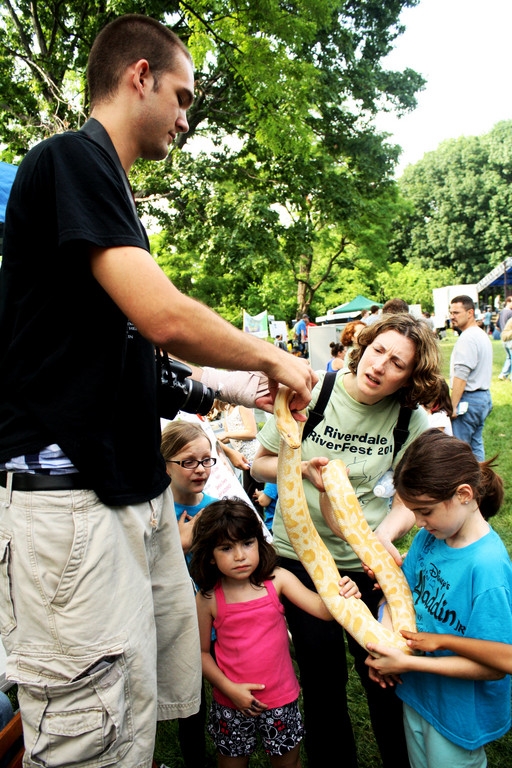 Bikers, naturalists, sailors and bludgeon-wielding medieval warlords all gathered at The College of Mount St. Vincent to enjoy the second annual Riverdale RiverFest on Sunday.

Beneath cloudy skies, kids darted in, out and around booths and food stands, throwing Frisbees, playing Wiffle ball and generally enjoying the waterfront on Marillac Lawn, one of the few spots in all of the Northwest Bronx that approaches the Hudson River.

Event organizers said about 4,000 people attended the festival on Sunday and another 500 participated in a boat ride and museum barge on Saturday.

Across a wood-planked footbridge that overpasses the Metro-North Hudson Line tracks and down a short dirt path, revelers waited in line for a turn aboard the bright red tugboat Cornell and the 110-foot Mystic Whaler schooner. Both boats shuttled passengers from their Bronx port up and down the Hudson for much of the day.

Riverdalian Sarah Vaglio said she enjoyed the rare opportunity to access to the waterway that forms the entire western border of the community.

“Outside of Manhattan, this is as close as we ever to get the river,” Ms. Vaglio said.

While the event was meant to highlight the waterway for which Riverdale is named, there was enough going on at the festival to distract even the most ardent aqua-fiend from the river.

But the biggest crowds of all were gathered around the proud knights of the Crown Province of Ostgardr, New York City’s chapter of the Society for Creative Anachronism, a non-profit Medieval times research and recreation organization.

Clad in armor and wielding faux-weapons, the knights battled each other for the honor of their assumed nations and the cheers of Riverdale’s mostly father-and-son crowd.

As four fighters faced off in a heavy weapons bout, a boy exclaimed, “Daddy they’re hitting each other!” But even the spectacle of live combat was only able to captivate the boy for a short time.

“I’m hungry,” the kid said before the last-man-standing had triumphed.

His options were plenty.

In addition to typical festival fare like burgers and hot dogs, attendees sat on park benches eating sushi, frozen bananas and even Jamaican cod fish cakes from the only Bronx food cart to have been nominated for a Vendy Award, Fauzia’s Heavenly Delights.

While sitting on the park’s slope near the food vendors, festivalgoer Maura Macielo said the event was a good reminder of what the community is missing.

“We can see the river from where we live, but we can’t ever get to it,” Ms. Macielo, a Spanish teacher at the Ethical Culture Fieldston School said, adding that she’d like to be able to bike along the river into Manhattan.

Among the only indications that might be possible, was a New York Metropolitan Transportation Council stand where state employees explained three possible Greenway routes.

At a meeting on June 1, the NYMTC revealed short, medium and long-term plans for the Greenway, but acknowledged that in the near future, waterfront access was unlikely and the long-term will involve expensive work on bridges between the Bronx and Manhattan.