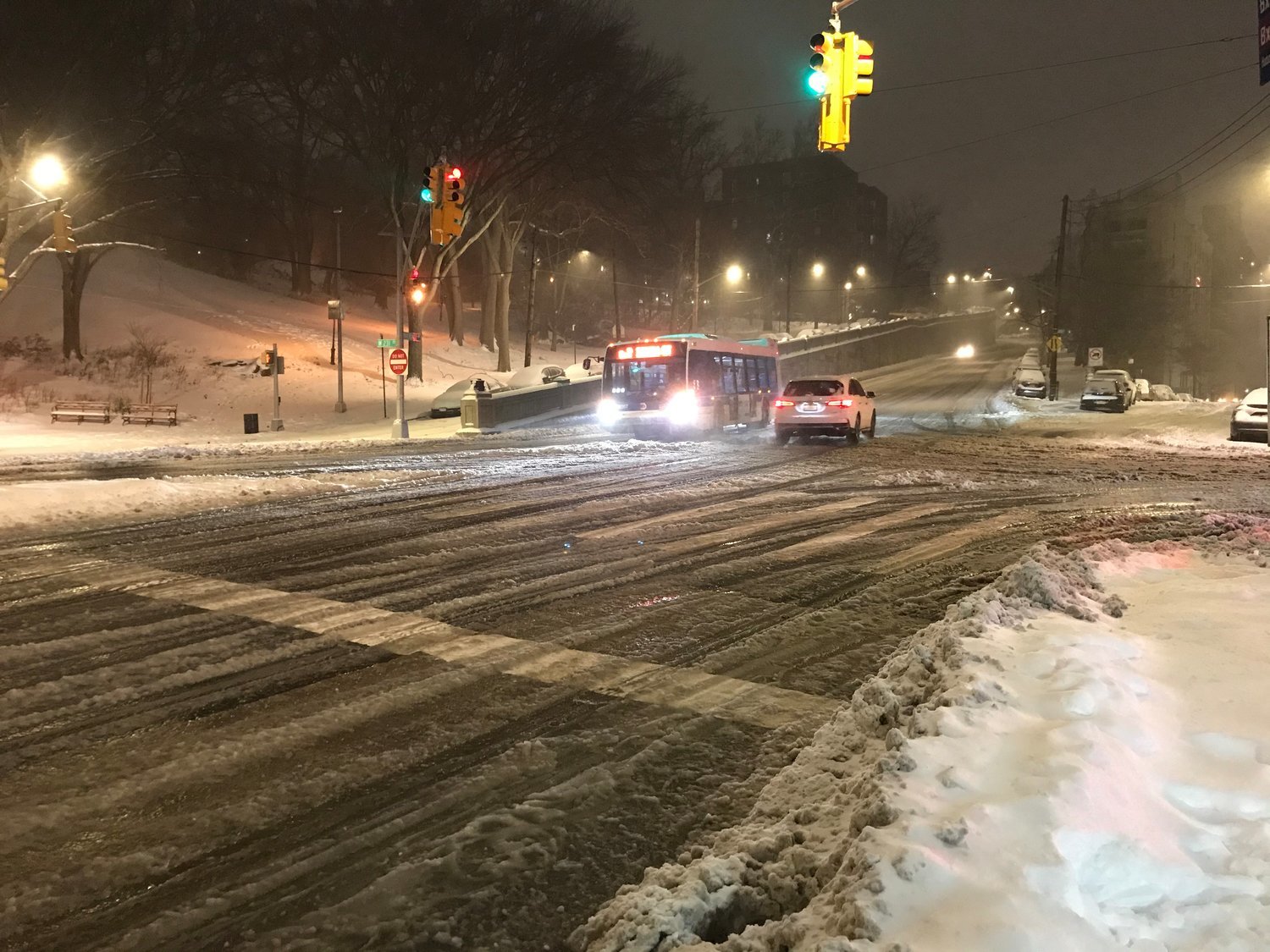 Up to 3 inches of snow are expected to fall overnight, and Mayor Eric Adams says the city will take a proactive approach ti ensure the Monday morning commute is as safe as possible.
MICHAEL HINMAN / File
By MICHAEL HINMAN

Snow is coming to New York City. It might not be a lot of it, but this is a city Mayor Eric Adams says learns from the past, and will be ready.

Sanitation department crews will begin spreading salt as early as this evening for a snow storm city officials say could not only drop up to 3 inches of snow across the five borough, but freezing conditions could create icy roads, too.

"As we look probably for Mother Nature to throw this curveball at us with all that's going on, Mother Nature is going to say we're going to see how resilient this city is actually," Adams told reporters Sunday evening. "And I know we are."

The National Weather Service has issued a hazardous weather outlook for this week thanks to a low pressure system that will bring with it light snow and cold weather beginning early Monday morning. Snow falls, according to the weather service, could range from a half-inch to 2 inches.

But Christina Farrell, the first deputy commissioner for the city's emergency management department, says the final snow accumulation could be even higher than that.

"The heaviest snow is forecast during the morning commute," Farrell said. "Temperatures are also expected to tumble into the 20s overnight into Monday, which could lead to potential icing."

Spreading salt on the roads in advance of the storm could help keep travel — especially during the morning hours — manageable, according to sanitation commissioner Edward Grayson. His department has more than 700 salt-spreaders ready to deploy, and is even prepared to compensate for missing personnel out because of COVID-19.

As much as 20 percent of the sanitation department is out right now because of infections and exposure, Grayson said. However, shifts for those remaining have been extended to help cover for that last manpower.

"What we want to make sure is people heed the guidance," Grayson said. "Do what you can to limit your travel. Take mass transit. But if you have to travel — because people do, New York's open and we want that — plan for extra time. If you see our spreaders and operators out there, please give us some extra space."

The temperature high on Monday is expected to be 32 degrees in the Bronx, according to the National Weather Service, with a low of 22 degrees.

The sun is expected to come back out on Tuesday, but highs will only inch up to 35 degrees, but could reach 44 degrees by Wednesday.