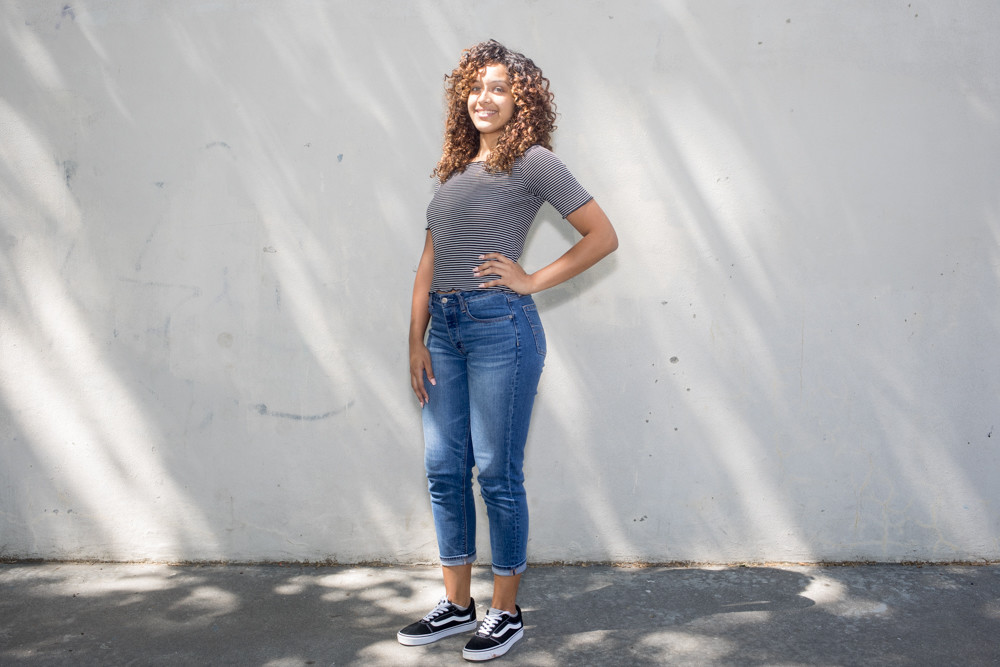 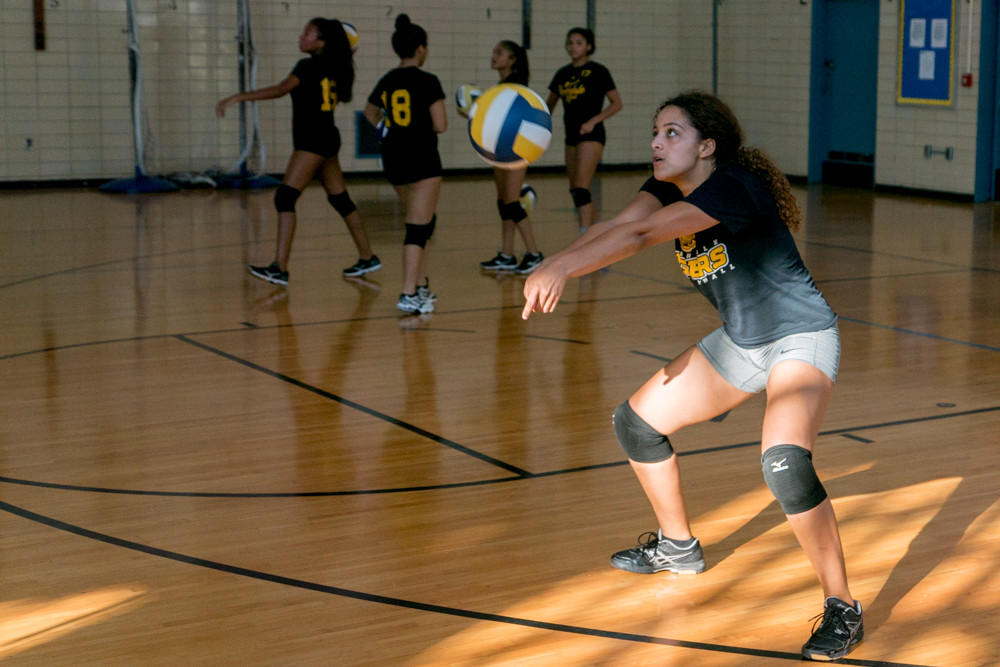 Amber Elson, who recorded a combined 57 assists in back-to-back PSAL volleyball championship games, will take her considerable skills to New Paltz in the fall.
JULIUS CONSTANTINE MOTAL / File
Previous Next
By SEAN BRENNAN

Amber Elson thought long and hard on the question.

In a high school volleyball career that had more than its share of successes, Elson was asked to come up with her best memory of her time at Riverdale/Kingsbridge Academy.

Finally, she thought about a game from her third season with the Lady Tigers.

“My favorite memory was definitely from junior year when we were playing in the city championship game” against Robert Wagner High School of Queens, Elson said. “We lost the first set, but then we came back and won the second set. After that, that’s when we knew that victory was in our hands and the championship was going to have our name on it.”

RKA went on to win that third set 25-20 as Elson recorded a game-high 23 assists in what would be the Lady Tigers’ first ever volleyball city title in the Public School Athletic League.

“It felt so good because we all really worked hard for that,” Elson said. “That was a really exciting time for us.”

Elson and the Lady Tigers would go on to win back-to-back volleyball titles after once again knocking off Robert Wagner this past season in the city championship game. Elson and her teammates are now permanent fixtures in RKA’s gym as their names are displayed on the championship banners that adorn the walls.

Yes, it has been a memorable run for Elson at RKA.

“Volleyball was a major part of my high school career,” Elson said. “High school would not have been as much fun as it was if it wasn’t for volleyball. It’s where I met my closest friends. It’s where I learned to work with other people. I learned teamwork, how to focus and I learned how to be very punctual because (Coach John) Reingold was always on our butts about going to class and not missing any school days.”

So why New Paltz?

“I loved the town,” Elson said. “It’s really friendly and artsy, and I liked how everyone is so laid back there. And it’s not too far away from home. It’s less than two hours away. It’s not so far away that I can’t come home, but it’s far enough away that I don’t have to come home.”

Elson has not yet decided which road she’ll take as far as academics are concerned, although she did say she was “leaning toward communications.” All she is concerned with right now is having as much fun over the summer as she can before heading to New Paltz on Aug. 17.

“I have trips planned for Florida, Lake George and Ocean City, Maryland, before I go up to school,” she said.

Elson also would like to make return trips to RKA next fall as her schedule permits to see her former teammates in action as they look to three-peat as Public School Athletic League champions.

“Of course, of course,” Elson said, laughing. “I’ll be there when I can. They’re going to be good again next year.”

And while she’ll miss her old stomping grounds in Riverdale, Elson said she’s excited for what the future holds. She’s also excited to bring her championship pedigree to a New Paltz team that reached the State University of New York Athletic Conference semifinals last season.

“I’m a little sad to be leaving RKA,” Elson said. “I’m going to miss some of the teachers and my friends. But I know that I’m still going to see the people that I need to see again. And I’m going to be able to grow.

“I’m still going to have my memories, but I’m ready to move on to a new atmosphere and grow, and open my mind up even more.”