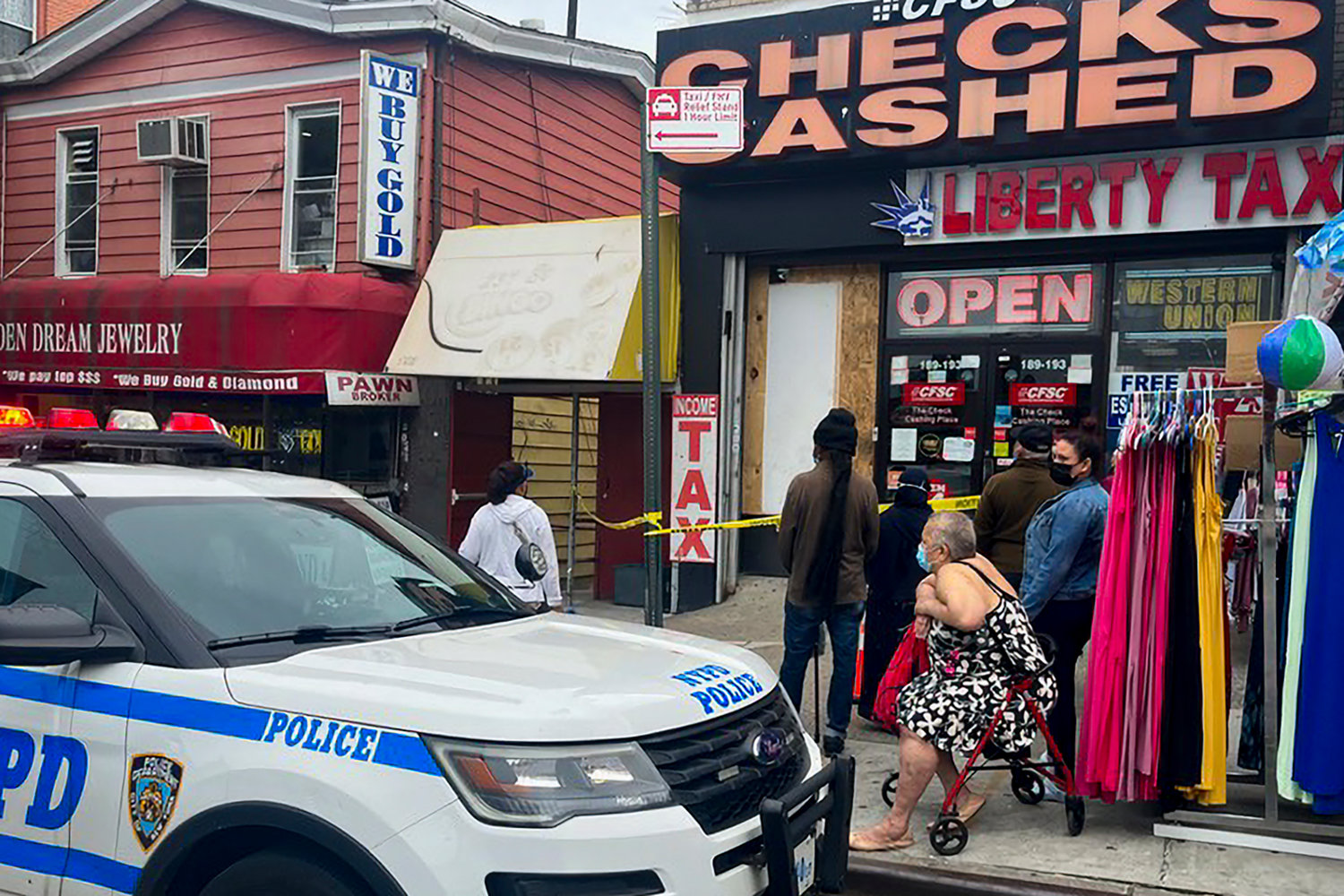 Customers wait outside the CFSC Checks Cashed shop at 189 W. 231st St. in Kingsbridge late last week. The shop was robbed just before sunrise on June 1 where some $46,000 in jewelry was stolen, according to the 50th Precinct. Perpetrators reportedly broke the left front window and removed the jewelry.
HIRAM ALEJANDRO DURÁN
By Sachi McClendon

According to police, the man was trying to take a few T-shirts, a pair of flip-flops and some household goods totaling under $100. When a store employee confronted him, the man threatened him with a knife.

Police arrived soon after, and the suspect was arrested.

Within a span of six days, the 50th Precinct made three separate arrests following routine traffic stops all involving drivers who were initially pulled over for having overly-tinted windows.

The first incident happened on May 19 at 8 p.m. on the corner of Kingsbridge Road and West 230th Street. There, a police officer observed a man driving a tinted-up 2008 Honda Civic with temporary Georgia license plates.

Upon further investigation, it was discovered the vehicle was stolen, and the license plates had turned out to be forgeries.

The next apprehension happened just an hour later on May 19 at 9:20 p.m. after an officer pulled over a 2003 Mercedes on the corner of Kingsbridge Road and Bailey Avenue. Yet as the officer got out of the police cruiser, the driver fled in his Mercedes — only to wreck it a block or two away. The man was arrested soon after.

While searching the man’s vehicle, officers also found a gun.

The final incident happened on May 24 on Reservoir Avenue. After having pulled over a 2009 gray Honda at 5 p.m., an officer discovered that the car’s temporary license plates were counterfeit. The driver also had a suspended license. According to police, the man was charged with possession of a forged instrument.

A man left his apartment on the 3800 block of Hudson Manor Terrace on May 11 at 9:30 p.m., and was followed by two men, who banged on his car window once he was inside. The two perps then threatened him with a weapon, at which point he called to cops.

Police arrived soon after and arrested the two men, who were booked under menacing charges.