Biaggi, Rivera side with Woolford, Torres goes all in with Dinowitz 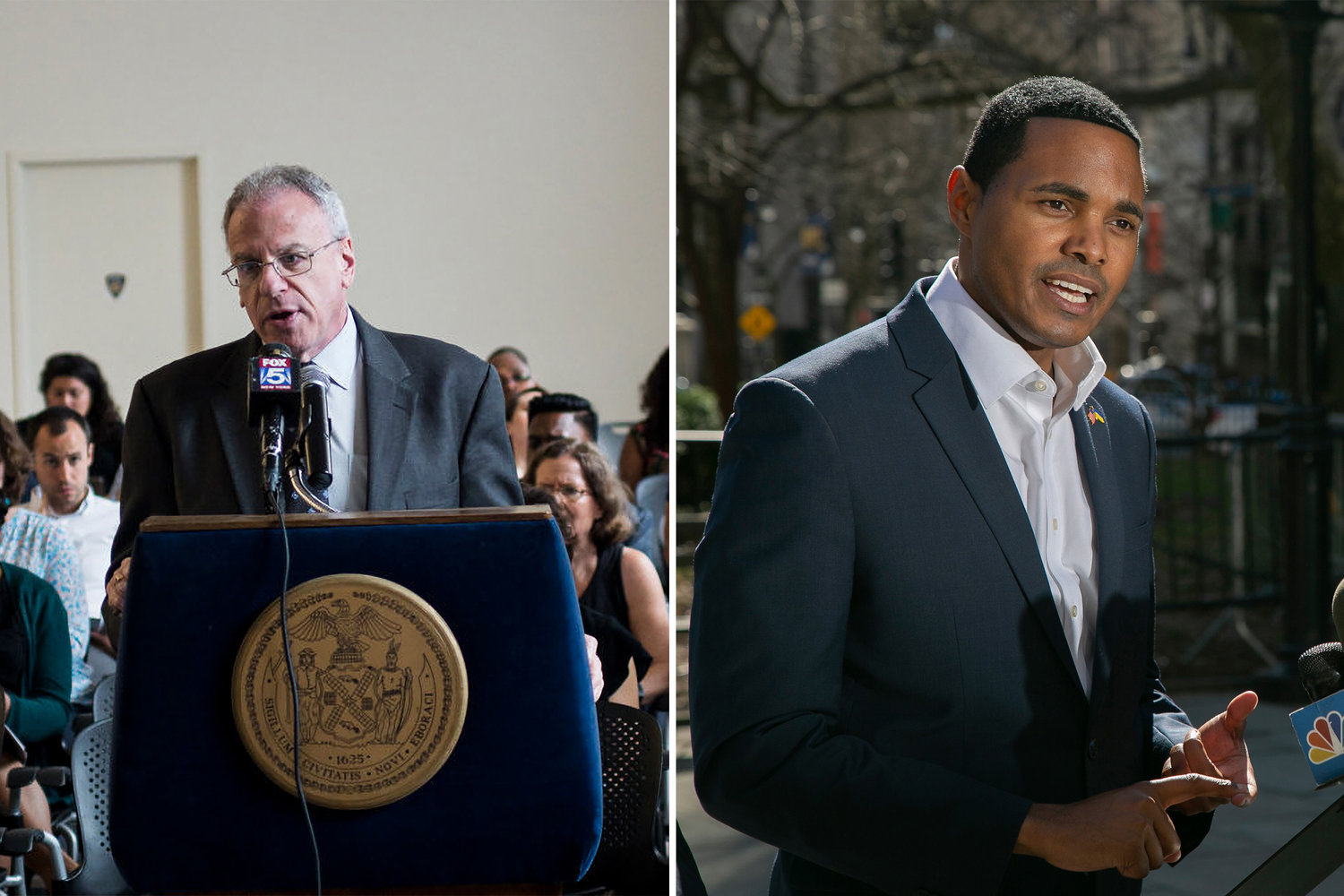 Congressman Ritchie Torres threw his weight behind Assemblyman Jeffrey Dinowitz who is hoping to hold onto his seat in the upcoming primary on June 28. Torres’ new district will cover several neighborhoods in the northwest Bronx, including Riverdale, starting in 2023.
JULIUS CONSTANTINE MOTAL/ New York City 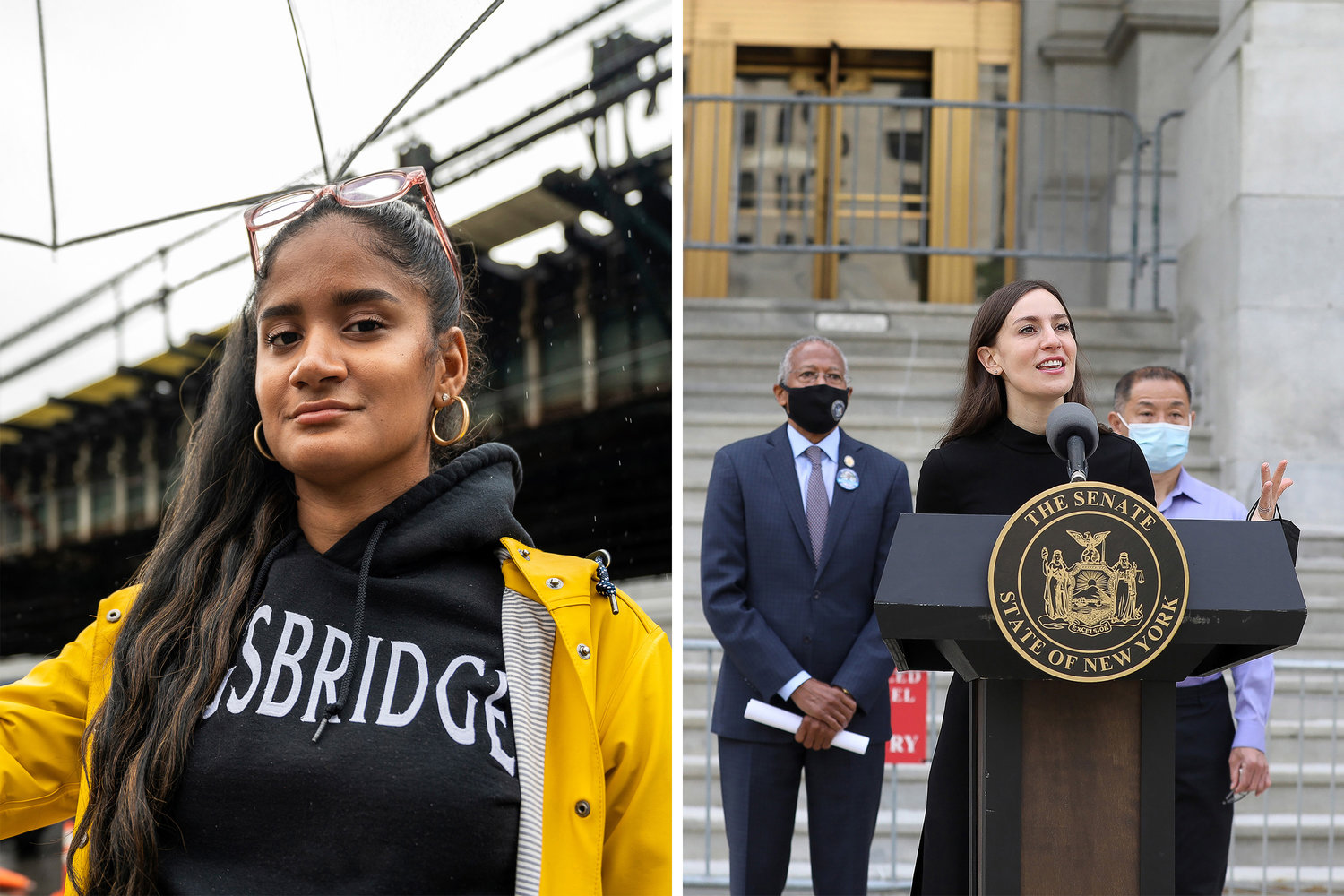 With the Assembly primary less than two weeks away, the two candidates vying for the Democratic nominee each received an endorsement from area high-profile lawmakers.

“The northwest Bronx deserves fresh, eager, hardworking leadership. We need someone who doesn’t just perform leadership, but who puts in the work every day,” Biaggi said in a press release. “Whether it’s making sure people get the food they need during the pandemic or rolling up her sleeves to clean up racist graffiti on our playgrounds, Jessica is always on the ground delivering for her community.”

Biaggi’s endorsement is hardly shocking. Since being elected to the senate in 2019, she has clashed publicly with the assemblyman several times. Most recently, the two Bronx lawmakers butted heads after a bill to reform the state’s sexual assault statutes failed to pass in the final days of the 2022 legislative session, as reported by The Riverdale Press last week.

And then on Tuesday, another progressive state senator — Gustavo Rivera — endorsed Woolford for the job.

Rivera is running for re-election in the newly drawn 33rd district, which now includes Riverdale, against challenger Miguelina Camilo.

“I have been fighting for change for a long time, and I need bold partners in the Assembly who can push an agenda for all people,” Sen. Rivera said in a press release. “We need leaders who will fight for transformative change, instead of those who use their seniority as a convenient excuse to defend the status quo. That is the type of leadership we need in the Bronx and I am proud to stand with her.”

The bill, which was sponsored by both Biaggi and Dinowitz, aimed to close a loophole that, in certain instances, allowed those accused of rape to have their cases dismissed if the victim was voluntarily under the influence of drugs or alcohol at the time of the assault.

Biaggi told The Press that the bill languished in both chambers because the Assemblyman wasn’t cooperating with her team. “It didn’t get picked up because he didn’t return my phone calls when I called his office to have a conversation about how to get it done,” she had said.

Dinowitz pushed back on that, saying, “I do believe in the last several days of the session – at the very end — she did call my office, and my office called her back. My legislative director, I believe, spoke to his counterpart in her office.”

Regardless of this back-and-forth, Dinowitz — through this latest endorsement — shows he has powerful friends in Washington. “I am excited to strongly endorse Assembly Member Jeffrey Dinowitz. He’s a reliable fighter for the north Bronx who has stood up to powerful interests and big corporations to deliver for working families every day,” Congressman Torres said in a press release. “I look forward to delivering for the North Bronx with Jeffrey in the coming years.”

Torres is almost assured a victory this election season as he’s not facing an opponent in the Democratic primary, slated for Aug. 23. And while his current district covers the south Bronx, in 2023 Torres will begin representing this corner of the Bronx thanks to the redistricting process which moved his district further north.

With this latest endorsement, Dinowitz now has the backing of both U.S. representatives in the area, as Congressman Adriano Espaillat already endorsed the Assemblyman earlier this year.

“Jeff Dinowitz has always been a friend and ally to our community — a leader we can count on,” Espaillat said. “Whether it was fighting to pass the DREAM Act, securing millions for the Excluded Workers Fund, or passing the Green Light Law, time and again he has worked with us on the most important issues facing Latinos in New York state.”