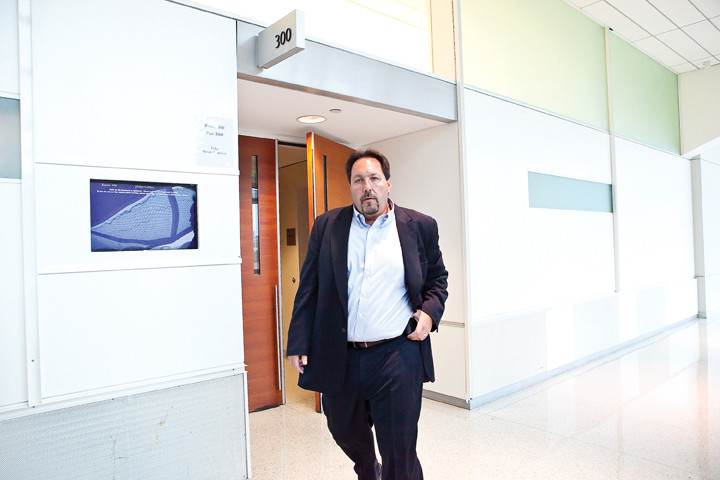 As the first witnesses appeared in the vehicular homicide trial of former Det. Kevin Spellman, ticket fixing also found its way back into a Bronx courtroom.

Only this time, the Bronx District Attorney’s Office, which prosecuted 16 officers last October, was the party bringing up impropriety to cast doubt on an officer’s testimony.

This is the first time the borough-wide ticket-fixing investigation has been used to pit cop against cop during a trial. And the vehicular homicide charge — resulting from the death of Drane Nikac — is among the most serious crimes for which the issue has been brought up in court.

While the Bronx DA has had to repeatedly stave off backlash from defense attorneys who have used ticket fixing to derail cases by characterizing testifying officers as dishonest, the tables have turned this time around.

Mr. Spellman, a Riverdale resident, faces up to 25 years in prison for allegedly striking and killing Kingsbridge resident Ms. Nikac after a night of drinking three years ago, on Oct. 30, 2009. Among those testifying in the case was Officer William Goss, who works with the highway department.

He testified, among other things that could help the defense, that he did not find beer cans in Mr. Spellman’s car or smell alcohol on him.

Such observations are significant because Mr. Spellman’s defense is arguing that the result of his blood test, which showed he was nearly three times the legal alcohol limit to drive, was faulty.

“Now, you are familiar with something known sort of colloquially as the ticket fixing scandal?” prosecutor James Goward asked on Oct. 24. “...were you ever approached by members of the New York City Police Department to affect the outcome of traffic summonses that had been issued to people connected to the Police Department?”

Officer Goss answered that yes, he had been approached “approximately 15 times” by “a delegate” who had asked him “to take care of the summonses” for a “friend or family member” of somebody other than the delegate.

He admitted to lying in those cases.