The Jaspers men had encouraging moments, but lost knockout punch 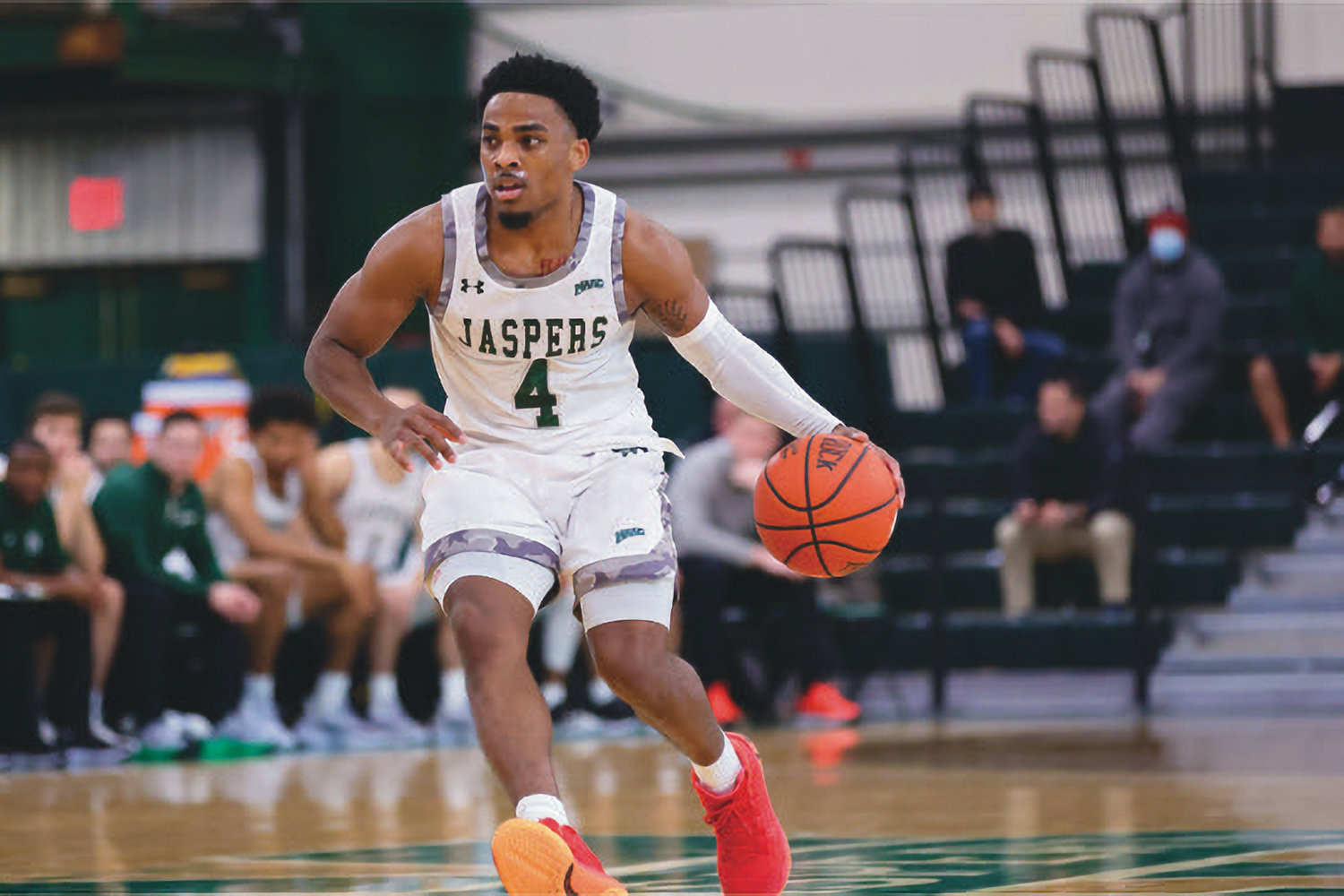 Samir Stewart had to do a lot to keep Manhattan afloat before they ultimately fell to Bryant in overtime. Stewart finished with a career-high 35 points.
Courtesy of Manhattan College athletics department
Remembering a legacy

A few hours before tip-off, a special reception took place honoring the legacy of Fred Grasso, the father of the Bryant Head Coach Jared Grasso who died in 2017 after complications from back surgeries. The elder Grasso was a popular coaching name on Long Island and served as an assistant under Rick Pitino with the New York Knicks.

“For it to be important enough to you to go out of your way to be here for my father means more to me than this game today,” Jared Grasso told those in attendance. “There’s just so many people here I want to give a hug and tell I love.”

The Manhattan Jaspers like to bother and disrupt their opponents. They have a tendency to get under their skin for reasons only their counterpart could attempt to explain.

In a game Sunday with a flurry of whistles blown, and tempers boiling, Manhattan watched the visiting Bryant Bulldogs get penalized with five technical fouls and still manage to pull out a 104-97 win in overtime.

The Jaspers’ scrappy effort fell just short, with Earl Timberlake delivering the game-tying layup for the Bulldogs with 14 seconds left in regulation before the overtime count ended 19-12 in favor of Bryant.

The Jaspers put themselves in a position to win it backed by a career-high 35 points from fifth-year guard Samir Stewart.  However, the Bulldogs locked in and made more plays when needed in the additional five minutes of action to clinch victory.

“We found a way to win and it was a rock fight,” Bryant head coach Jared Grasso said. “Obviously rock fights are usually 56-52 but this was obviously a higher scoring one.”

A three-pointer from Antwan Walker commenced the scoring in the overtime period for Bryant. He then followed it up with a one-handed alley oop dunk that was the highlight of the extended action. Walker had seven points alone in the overtime to push his total to 20. His teammate Sherif Gross-Bullock emerged to score five of his 20 points in the stretch run of overtime. Timberlake, a 6-foot-6 transfer from Memphis,  racked up 23 points and 10 rebounds.

“We got young guys that have never been in that spot,” Manhattan interim head coach RaShawn Stores said. “We learn from it.”

Coming off a 40-point loss at Providence, Manhattan needed to show some semblance of competitiveness and they did. The Jaspers high energy yielded some offensive success, with four players producing double-digits in points that led to a season-high for the team.

Manhattan showed up at their home court looking to defend it, but instead they wound up trying to do what the Bulldogs excel at.

The Jaspers manufactured a 45-41 lead at halftime against a Bulldogs team who owned the sixth-highest scoring offense in college basketball at 88 points per game.  In addition to outshooting Bryant in that first half by hitting six three-pointers, Manhattan converted 17 points off 12 Bryant turnovers and showed good defensive reflexes with seven first-half steals.

Stewart’s career game helped Manhattan’s cause. The spirited point guard likes to let it fly and connected on seven three-pointers to pace the Manhattan offense.

All of them came at crucial junctures, none more than the one that tied the game at 82 with over a minute to play. Following Stewart’s example, the supporting cast as a whole was in sync with Manhattan getting 15 points from Marques Watson and 14 from Ant Nelson.

“I think he’s playing with more confidence and he’s being a leader out there,” Stores said of Stewart, who is averaging 16 points per game.

Raziel Hayun, an intriguing freshman from Israel, was a revelation for the Jaspers, scoring 12 points in the first half and finishing with a career-high 16.

Not everything was positive, though, and there was hardly any fellowship in Draddy ahead of the holiday break featuring two programs who had never faced each other.

Nelson was disqualified from the game for getting a technical foul, his fifth foul of the night, with the Jaspers down one and just over two minutes to play. Timberlake notched two more points from the free throw line as a result of the misconduct. The Jaspers were already without their star center Josh Roberts, who is listed as day to day with an injury, according to Stores. Roberts’ 75-percent conversion rate from the field ranks fourth in the country.

“A lesson learned,” Stores said about his team’s costly mistakes. “We’re growing in the process.”

Following the final buzzer, tempers flared as both teams walked off the court. Players had to be restrained, while Grasso exchanged words with a few Manhattan administrators. The extracurriculars came after a chippy 45 minutes of action.

“Games are going to be chippy and there’s going to be emotion,” Grasso said. “We are tough and we are competitive.”

Trying to match Bryant and their own exhibition of fast-paced, high-possession basketball usually doesn’t work — and it didn’t on this snowy day inside Draddy. The Bulldogs ended up with more gas in the tank.

“They ran out of gas late,” said Grasso. “We try to play as high possession of basketball as anyone in the country.”

The seven threes Bryant made were a far cry from the single-game program record of 17 they hit in a 19-point win over Stony Brook the previous game. Doug Edert, the sharpshooting transfer from the Saint Peter’s team that shocked the world and advanced to the Elite 8, was held to just one three in his 20 minutes on the court.

“We had to take away the three-point line,” Stores said of defending Bryant. “We were keying in on the scouting report and that was one of the details.”