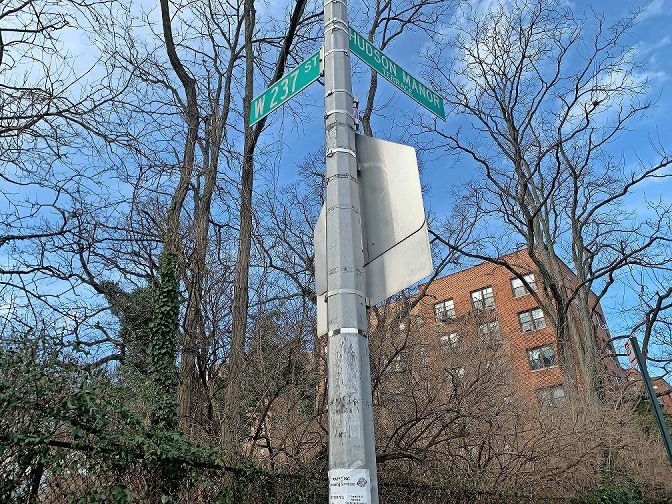 It will ultimately be up to the city council, but there seems to be no resistance to remembering longtime community leader Bill Stone with a ceremonial co-naming at Hudson Manor Terrace and West 237th Street — not far from his home of more than six decades. Stone died in January 2020. He was 91.
MICHAEL HINMAN 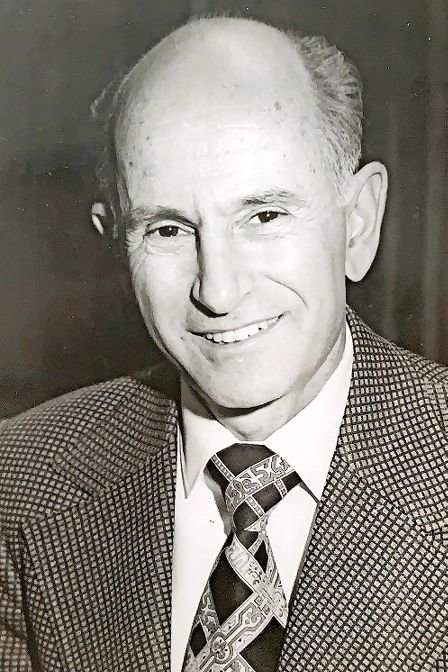 I. William Stone — or Bill, as friends called him — was a man who always wanted to see everything and anything with his own eyes. In fact, anything that came up at Community Board 8 meetings during his decades there almost always required him to go out and see things for himself before he could make any decision.

“He was a very hands-on person, and took a personal interest on everything that happened in the community board,” his wife Dorothy told CB8’s traffic and transportation committee late last month. “He was constantly on the lookout for things that were needed in the community. If something was to be voted on as a community board, he made sure to personally inspect the site so he could know what he was voting for or against.”

There’s a good chance if Bill had still been sitting on the committee, listening to his wife’s words, he’d already be planning a trip to the corner of Hudson Manor Terrace and West 237th Street. That’s because Dorothy hopes the city will consider ceremoniously renaming that intersection after her husband, who was 91 when he died in January 2020.

Dorothy, his wife of 64 years, formally requested the renaming during the committee’s January meeting, which marked the second anniversary of his passing. That satisfies a rule CB8 uses when recommending such ceremonial renamings, requiring the person being honored to have been dead at least two years.

Still, it’s not like much of anyone was set to oppose the renaming. A number of committee members — who worked with him right up until his 2020 passing — had nothing but praise for the man who fought tirelessly for a number of causes in his life, especially those with disabilities after his son, Howie, was diagnosed with multiple handicaps, and he discovered there were few accommodations for him in society. He made it his goal to remove every barrier — physical or otherwise — long before many locations properly accommodated those who might have trouble accessing them.

Bill and Dorothy would become extremely active not just at CB8, but on a number of boards. In fact, the couple had a motto, according to Bill’s 2020 obituary: “The difficult we accomplish today, and the impossible tomorrow.”

“He was really engaged throughout his entire life,” Councilman Eric Dinowitz told the committee. “He really stayed engaged in the local community, looking at different ways that he can help people, and especially of course — close to my heart — serving people with disabilities, and really pushing to make changes.”

Dinowitz, a special education teacher before being elected to the city council last year, pushed for CB8 to approve the corner renaming. However, in reality, it’s really only his vote that counts. Any renaming must be introduced and approved by the city council. Having the backing of the local councilman almost assures the Stone renaming will go through, no matter what CB8 decides.

But that was a clear yes as well, in a show of support led by current CB8 chair Laura Spalter.

“We all know Bill worked tirelessly with the board, and he was a powerhouse of knowledge and institutional memory,” Spalter said. “Yet, he was always humble in his demeanor. He always had a broad smile. It was just such a joy to work with him.”

Even when Howie died in 2010, Bill continued to fight for accessibility — whether it was building a ramp for his own Riverdale Jewish Center, or convincing nearby synagogues — like the Hebrew Institute of Riverdale — where he worked closely with Rabbi Avi Weiss to install interior ramps for both the male and female sides of the sanctuary.

“He would always get right to the point in discussions, and I always admired that about Bill,” Spalter said. “He knew his stuff. He knew what he wanted to say.”

If the council does approve the renaming as expected, it likely won’t happen until later this year. And with that, his widow hopes Bill’s fight for a better world will continue on.

“In the many tributes that poured in following his passing, Bill was described as someone who left this world a better place than he found it,” Dorothy Stone said. “He was a fierce and giant advocate for all individuals with developmental disabilities. He was strong, capable and dignified, as well as caring, kind and loving.

“He was someone who left an amazing legacy. Someone with a mile-wide smile, and someone who will live forever through his many accomplishments.”