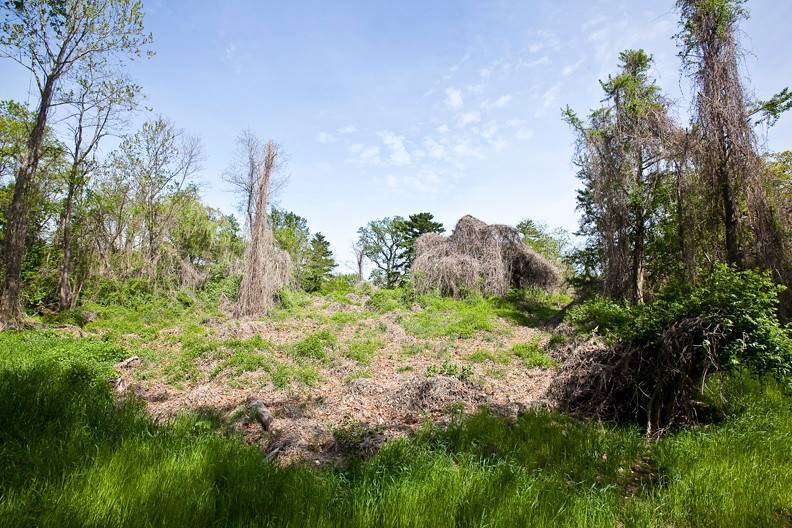 Once agaIn, a developer is planning to build on the ruins of the once-grand delafield estate.
Marisol Díaz/The Riverdale Press
By Maya Rajamani

Notables from an early Bank of America president to a Columbia University laboratory chimpanzee named Nim Chimpsky claimed the Delafield Estate as their home in bygone eras.

With development at the property set to resume after a long hiatus, the Riverdale estate may see a new generation of noteworthy residents.

Developer AYY 26 LLC has hired New York City based architecture and design firm Building Studio Architects to renovate the grounds of the estate and build three new houses, under the supervision of Riverdale architect Michael Goldblum.

The project comes to fruition after decades of one abandoned plan after another. In the 1980s, a developer planned to build a gated community of 33 luxury homes on the estate, with the remainder to be enjoyed by residents as a communal forest.

But only eleven houses were ultimately constructed and the original mansion succumbed to a fire. Three developers after the initial construction failed to further the project, which the City Planning Commission in 1980 deemed could only move forward after any given developer dealt with the estate’s issues, including erosion, invasive plant species and a neglected pond.

Mr. Goldblum and his team have taken the City Planning Commission’s requirement to heart, clearing the landscape, paving the circular road, carrying out miscellaneous repairs around the properties and securing open foundations left by previous developers. That work was completed last fall.

“We’re very honored to do it,” said Mr. Goldblum, who said his team is taking the development one step at a time, avoiding the pitfalls of previous developers.

The three new, contemporary-style houses will be located at the southwest corner of the property. Mr. Goldblum described light and airy residences made of natural materials like fieldstone and brick, with liberal glass and pitched roofs.

The houses are intended for single families, which diverges from the majority of the houses currently on the estate, which are not detached, but Mr. Goldblum is optimistic the difference will be appreciated.