Electeds are thankful for end to the three-day nurses strike 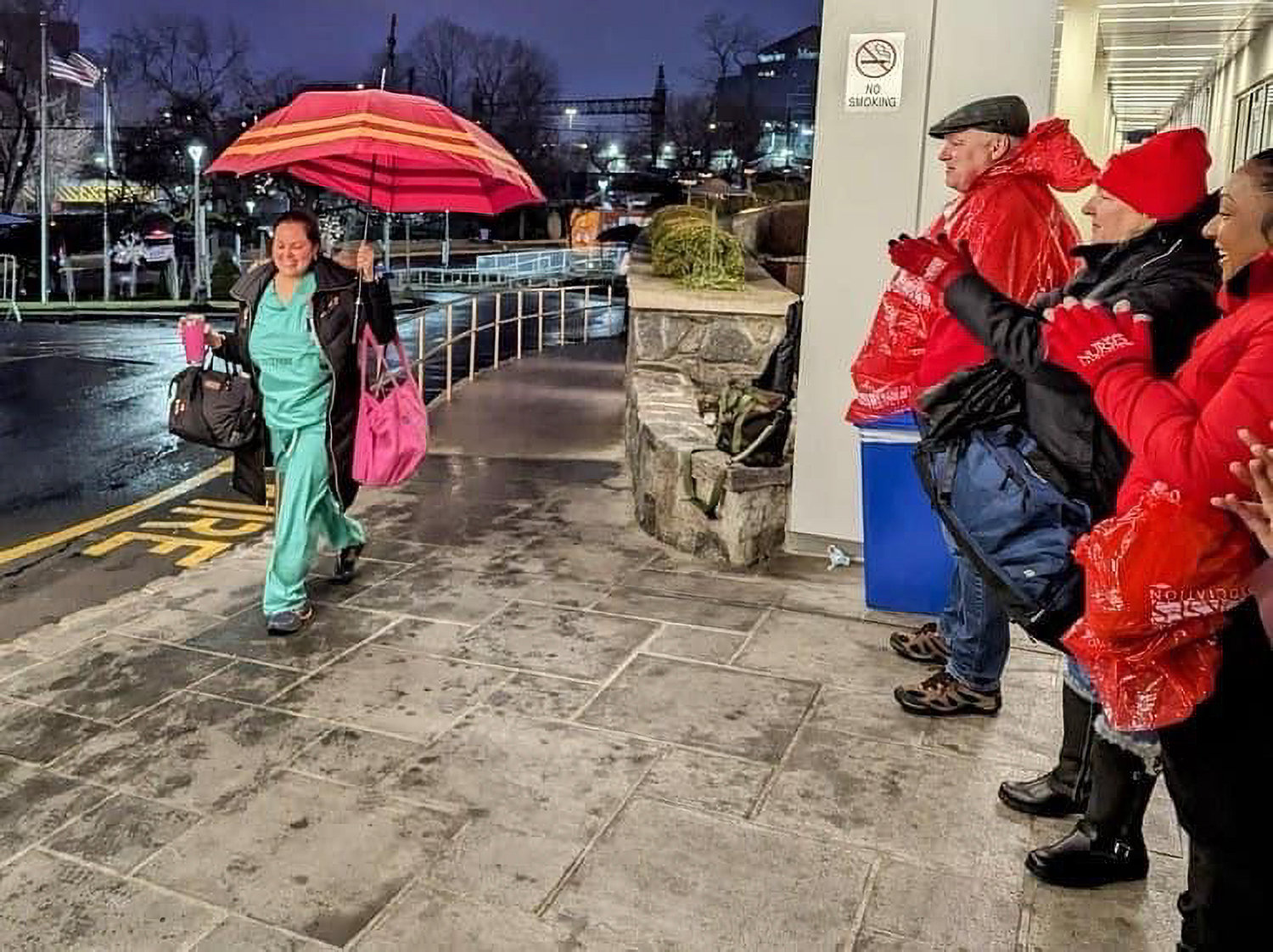 A problem that existed for years was settled on Jan. 12 when nurses from Montefiore Medical Center and Mount Sinai went back to work after tentative three-year deals were reached. The nurses gained higher wages, increased staff and promised enforcement of nurse-patient ratios.
Courtesy of New York State Nurses Association
By Stacy Driks

City and state elected officials were relieved and thankful for the nurses at Montefiore and Mount Sinai after the hospitals announced a three-year contract with the union after a three-day strike.

“Our nurses are essential workers who during their onset of the pandemic risked their lives to provide around-the-clock patient-centered care to our residents and families and continue to do so every day at hospitals across our city,” said Bronx borough president Vanessa Gibson. “We owe them a debt of gratitude for their service and congratulate them on this monumental victory?”

State Sen. Gustavo Rivera emphasized the staff shortage issue at eight area hospitals that have now settled. The agreements included language where hospitals would be penalized if they don’t maintain safe nurse-to-patient ratios.

“I’m glad that all parties were able to reach a deal, which includes implementing safe and enforceable staffing ratios in all impatient units. Such measures will ensure the safety of both patient and nurses by improving working conditions that will allow these professionals to care for Bronxites and New Yorkers,” Rivera said.

“Like I said before, no worker wants to go on strike, it is done out of necessity. Nurses dedicate their lives to caring for patients every day and this tentative deal is a product of these nurses commitment to their profession.”

After three days on the picketing line for safe staffing, more 7,000 nurses returned to work on Thursday morning when tentative agreements were met with the two private New York City hospitals.

“Through our unity and by putting it all on the line, we won enforceable safe staffing ratios in both Montefiore and Mount Sinai,” said Nancy Hagen, registered nurse and president of the nurse association. “Today we can return to work with our head held high.”

Montefiore announced the deal 3 a.m. on Jan. 12, while Mount Sinai followed shortly after.

The nurses have been striking over safe staffing rather than a larger paycheck. Montefiore Medical Center had more than 700 vacant nurse positions, which left nurses burned out, causing an inability to properly care for patients.

As the strike went on, the hospital did not close. That meant challenges for patient care. The hospitals used high-cost temporary nursing services to make up for missing nurses who were on strike.

The hospital was overcrowded with wait times longer than usual. Ambulances were forced to divert to other hospitals, and non-emergency surgeries were postponed.

The hospitals announced Thursday all surgeries and appointments would continue as scheduled.

“We came to these bargaining sessions with great respect for our nurses and with proposals that reflect their priorities in terms of wages, benefits, safety and staffing,” said Philip Ozuah, president and chief executive of the medical center.

However, throughout the strike both Montefiore and Mount Sinai hospitals criticized the strike calling it unnecessary after stating their deals were similar to the other six hospitals.

The association announced that Wyckoff hospital also reached a tentative deal in the night and withdrew their 10-day strike notice.