Engel not ashamed about escaping to DC during pandemic 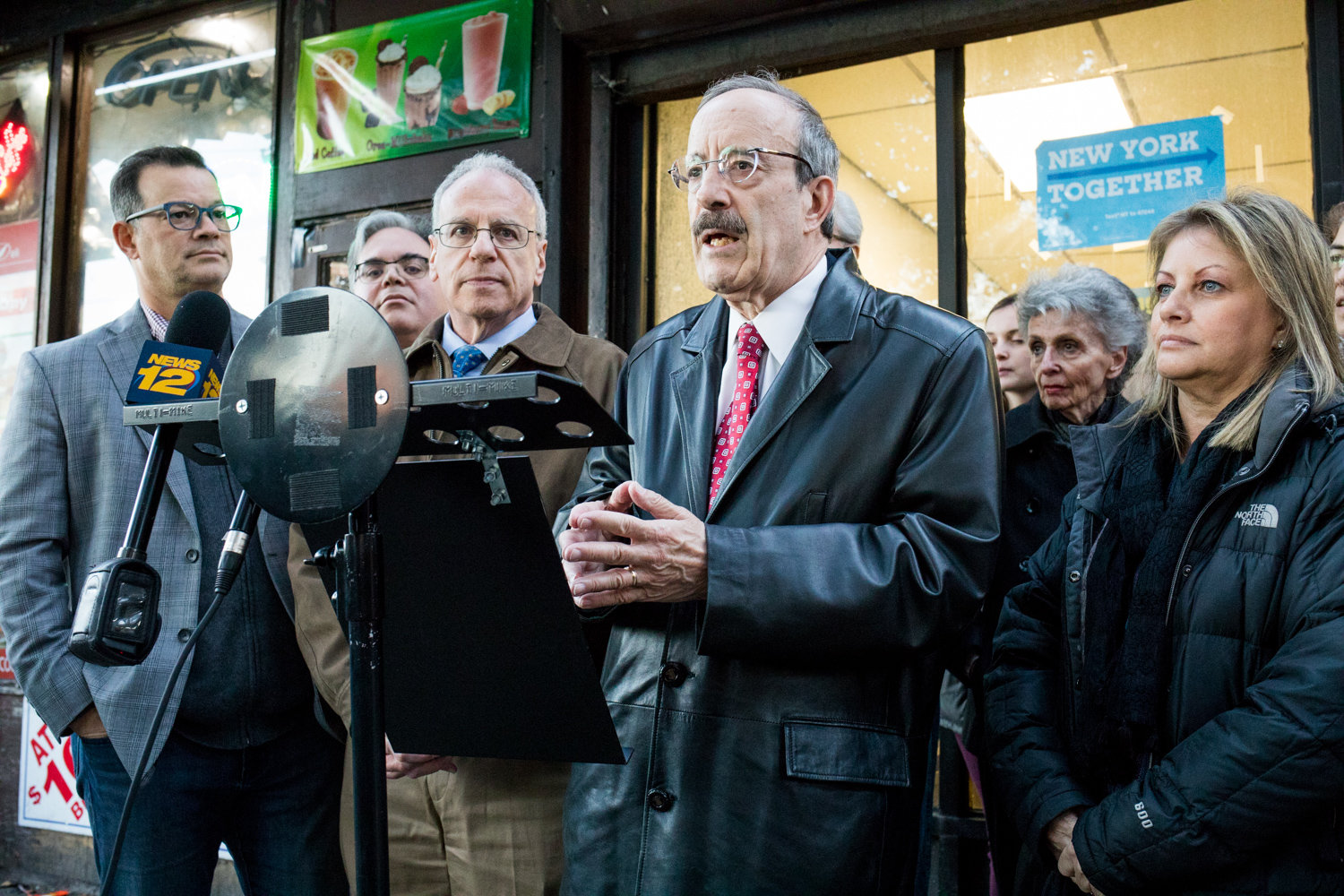 U.S. Rep. Eliot Engel and Assemblyman Jeffrey Dinowitz, center, tried to put criticism about where the congressman has been spending the pandemic to rest through the Assemblyman’s ‘COVID Conversations’ — a 45-minute chat Engel did from his home in the Washington suburbs rather than from the Bronx, where he reportedly
JULIUS CONSTANTINE MOTAL / File 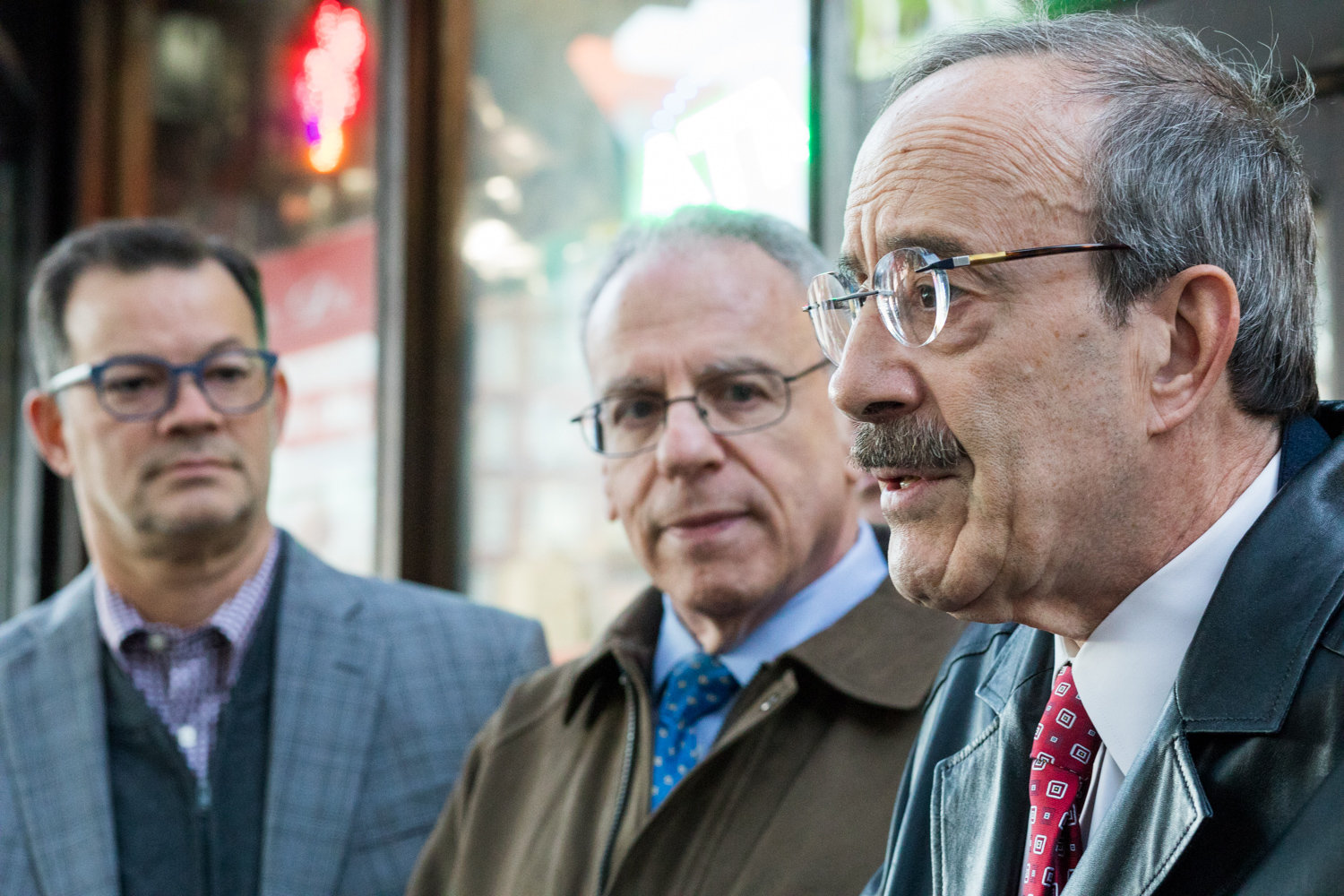 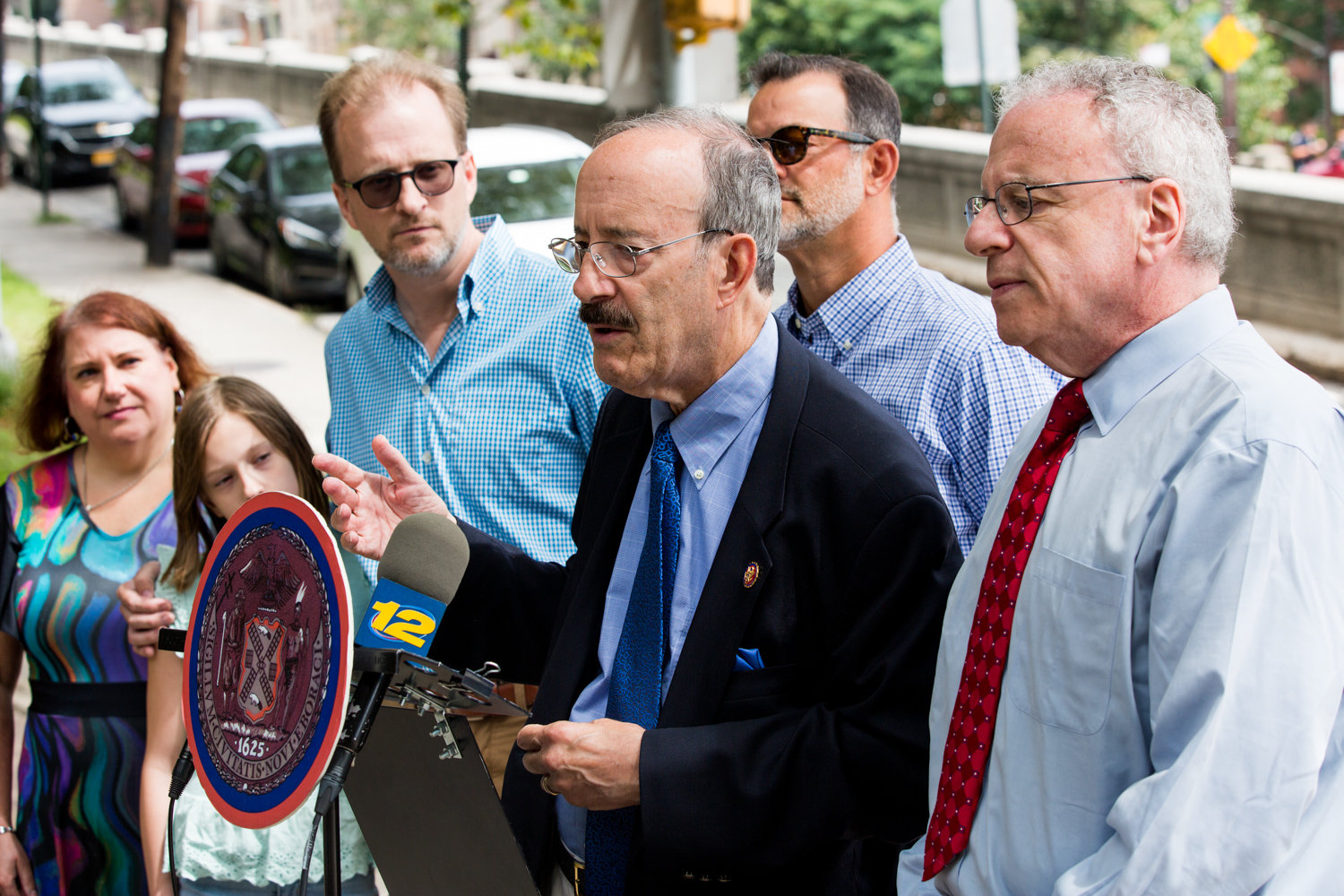 Eliot Engel is not here in New York, hasn’t really been in New York since about the time the coronavirus pandemic started in March, and won’t apologize for it.

In fact, the congressman — who has been holed up in his Maryland home just outside of Washington, D.C. for weeks — says he’s exactly where he needs to be.

Despite the fact he was touted as participating in various coronavirus-related events throughout his congressional district, Engel — who chairs the powerful House Foreign Affairs Committee — was revealed to be hundreds of miles away. When a reporter from The Atlantic visited him earlier this month, Engel said he was spending time in both Washington and the Bronx. But his spokesman later told reporter Edward-Isaac Dovere that Engel hasn’t left Washington since at least March 27, and wouldn’t reveal the last time the 73-year-old was back home in his district.

In what was surely a much more friendly conversation with Dinowitz — himself a symbol of longevity, holding his Assembly seat since 1994 — Engel said there was no winning with some people, no matter where he ultimately spent time.

Engel joined Dinowitz in a series of chats he’s branded “COVID Conversations.” The Assemblyman brings in different people, depending on the topic, to share information with those who register to attend. Engel’s “conversation” appeared to be outside of Dinowitz’s regular program schedule, and was announced just days after the story about Engel’s whereabouts was published.

Neither Engel nor Dinowitz took any questions from the audience of the videoconferencing call, and it was unclear how many people were actually in attendance.

Engel is facing what many say is his toughest primary of his career. Although there are four other people who will appear on the June 23 primary ballot against him, much of the focus has been on middle school principal Jamaal Bowman, who has received backing from political groups that helped propel Alexandria Ocasio-Cortez in her stunning upset of U.S. Rep. Joseph Crowley in 2018.

Whether that can happen is anyone’s guess. That particular election was the first major one following Trump’s presidential election in 2016, and witnessed several prominent upsets by progressive candidates, including Alessandra Biaggi’s toppling of former Independent Democratic Conference leader Jeffrey Klein in the state senate.

Soon after The Atlantic published its story May 14, Bowman was on the attack.

“Eliot Engel doesn’t live here, and he doesn’t understand what we’re going through,” Bowman tweeted at the time. “How are you going to fight for our district when you won’t even spend time here?”

But those are the lumps Engel says he’s used to taking being in the public eye.

“It’s part of the game,” he said. “It’s a partisan thing, and it has no merit whatsoever. It is ridiculous on its face. If I didn’t go to Washington, I’d be criticized for not being in Washington.”

And, Engel added, technology allows him to make a difference no matter where he’s located. Where he can’t depend on technology, Engel says he has his staff members at three district offices — including his primary one on Johnson Avenue — where constituents have been helped, even in the face of a pandemic.

If Engel gets voted out in June, he’s ready to accept it. He’s shared in the past that House members are elected for two-year terms, and for him, that’s basically a two-year contract he has with voters.

“When the two years are up, I ask the voters to renew my contract,” said Engel, who has served in the House on these “two-year contracts” since 1989.

“That’s what I’m asking for now. I have confidence in the voter, I have respect for the voter.”

And for his critics who say he’s been in Washington too long? Maybe a bit like the argument levied against former Engel colleague Joe Crowley?

“People who have been elected for a while, they have more clout, because they have more committee chairs,” Engel said. “I’m at that stage now, and I’m going to enjoy every minute of it, because I want to keep helping my constituents.”

CLARIFICATION:  Although U.S. Rep. Engel did not answer questions directly from the audience, those who registered to attend the online chat were offered an opportunity to submit questions. After the story's publication, Assemblyman Jeffrey Dinowitz's office provided  a registration spreadsheet for the conversation which reflected 21 verbatim questions from 76 registrants.

When compared to a recording of the event maintained by The Press, it appeared that while Dinowitz may have been influenced by the submitted questions, he significantly rewrote the questions — sometimes introducing his own commentary —  that in many cases did not reflect the tone of the questions as they were originally presented.  That was evidenced specifically by questions regarding Engel's decision to remain near Washington and not in his district throughout the course of the pandemic.  Dinowitz's office has requested we not publish the original two questions as written — even though the identities of those asking the questions were not shared — because they had not sought permission to release those questions to the media for publication.

In his question to Engel, Dinowitz stated that "I noticed that the other day there was a story — and then somebody asked the question about this — this story in some publication that says that you've been in the Washington area, and you haven't been in the district. So I'm just curious  ... I don't know how you're going to win on that, because if you're in your district, people complain you're not in the capital. If you're not in the capital, some people — to their own political advantage — will say you're not in the district. But what's your reaction to that issue that you were criticized for being in the Washington area?"