First-time primary challenger to Dinowitz is first ever 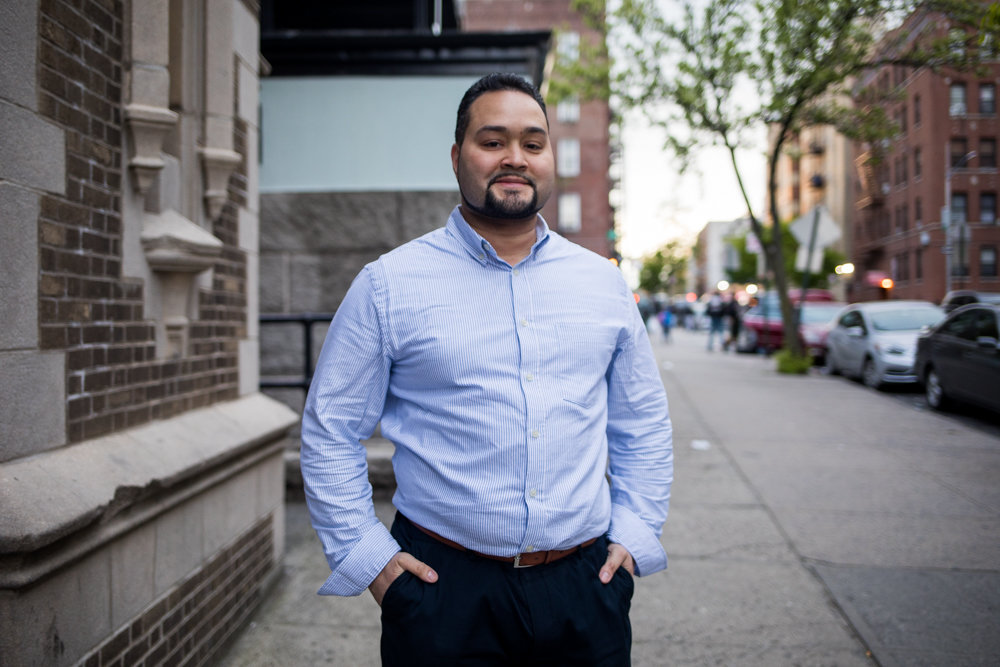 George Diaz Jr., a Norwood resident and member of Bronx Progressives, announced his intention to run against Assemblyman Jeffrey Dinowitz in the Democratic primary next year in a letter to The Riverdale Press last month. Diaz feels he can bring change to the 81st Assembly District, and is adamantly against the gerrymandering that has cleaved neighborhoods like his, thereby depriving them of political power.
JULIUS CONSTANTINE MOTAL 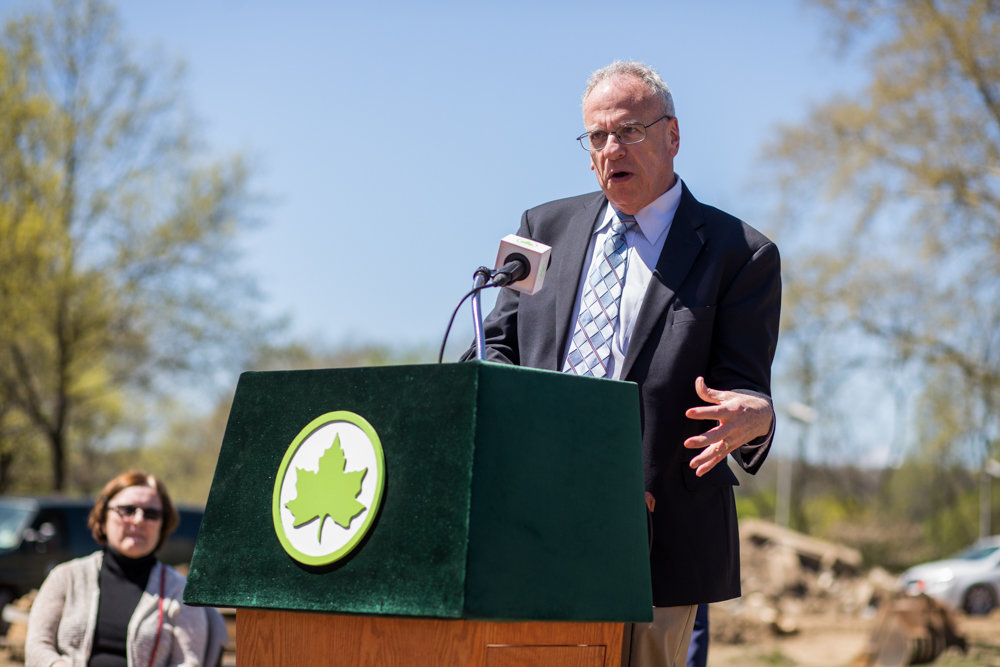 Assemblyman Jeffrey Dinowitz could be facing a primary challenger next year. In a letter to The Riverdale Press last month, George Diaz Jr., a Norwood resident in the 81st Assembly District, announced he is forming a committee to run against Dinowitz in the Democratic primary next year.
JULIUS CONSTANTINE MOTAL 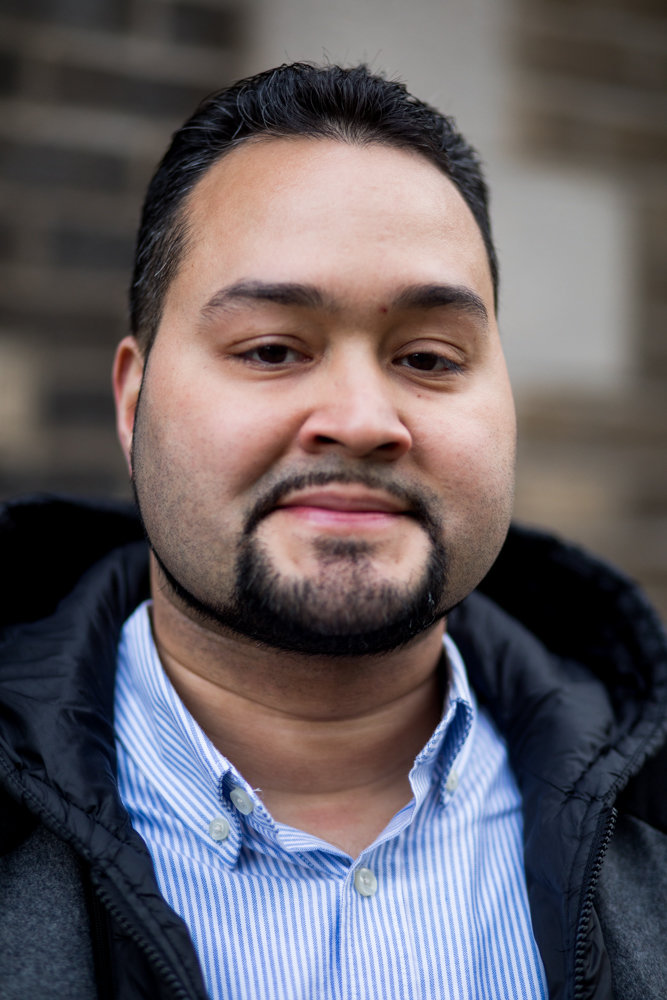 Change could be coming to the 81st Assembly District, at least according to a letter by Norwood resident George Diaz Jr. He expressed his intention to run against Assemblyman Jeffrey Dinowitz, who has represented the 81st since 1994.
JULIUS CONSTANTINE MOTAL 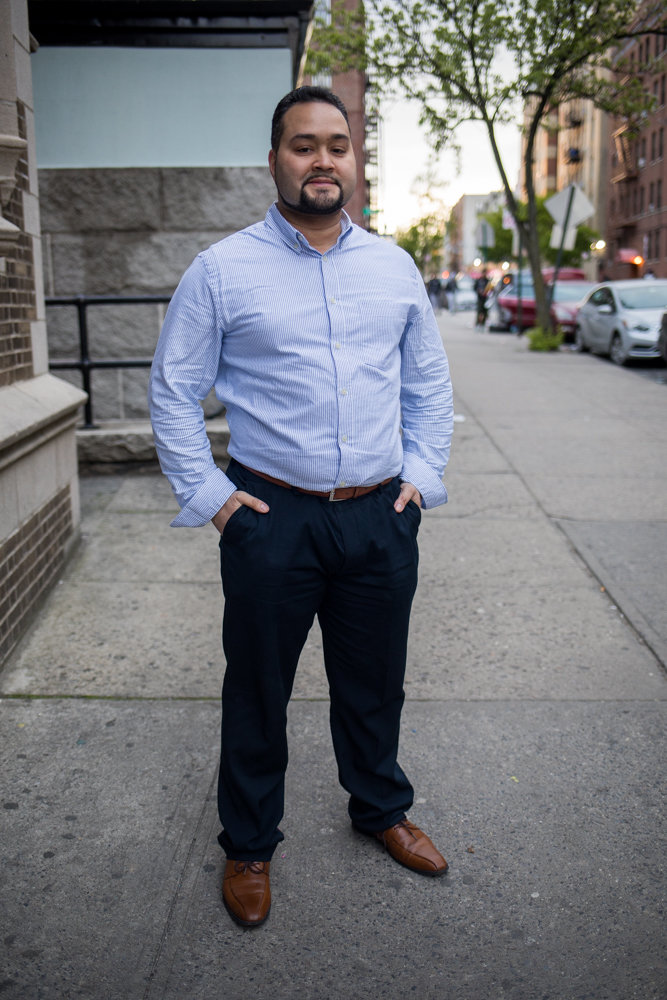 Norwood is represented by two different Assemblymen, and that doesn’t sit too well with George Diaz Jr. A longtime Norwood resident, Diaz resides in the 81st Assembly District, and has his sights set on Assemblyman Jeffrey Dinowitz’s seat.
JULIUS CONSTANTINE MOTAL
Previous Next
By JOSEPH KONIG

For the first time in his 25-year tenure, Assemblyman Jeffrey Dinowitz could face a Democratic primary challenger in the 81st Assembly District. George Diaz Jr., a law clerk and former aide to Oliver Koppell, announced his entrance into the June 2020 primary in a letter published by The Riverdale Press last month.

In a predominantly Democratic district, Dinowitz has never faced a primary challenger from his left, or really any legitimate competition from his right in a general election. In fact, his only competitive race was his first race: A special election victory in 1994 over Mark Friedlander, where he edged out the now retired Bronx County Supreme Court judge by 132 votes. Runners-up in every general election since then have finished at least 10,000 votes behind.

“We have seen minimal improvements over the past several decades in the 81st Assembly District, improvements so incremental that it seems like we are going backward instead,” Diaz wrote. “We need someone who wants to represent the entire community instead of someone who slices and dices neighborhoods in half or thirds in order to keep neighborhoods from realizing their potential and political power.”

The boundaries of the 81st district have changed little during Dinowitz’s time in office. Dinowitz participated in two redistricting cycles as a member of the Assembly in 2002 and 2012, following the decennial U.S. census. Dinowitz fought to keep his district intact, add his childhood neighborhood of Kingsbridge Heights, and include “Education Mile” — a stretch of the Bronx encompassing Lehman College, Bronx Science and DeWitt Clinton high schools, and the Jerome Park Reservoir.

“Unfortunately, I think George seems to have a lack of basic understanding of how lines are drawn and what the legal requirements are,” Dinowitz said. “Now I don’t say that insultingly, I just don’t think he realizes.”

Unlike community board boundaries, which are defined by neighborhoods, Assembly districts across New York are based on population, making it more likely neighborhoods will be split to make the math work. Diaz said in his announcement letter his library, middle school and subway stop are within three blocks of his Norwood home, yet are in another Assembly district.

“If you’ve been the Assembly member for the last 25 years, you’ve had the opportunity to say, ‘Well, if I’m going to have this piece of Norwood, I should have all of Norwood or none of Norwood,’” Diaz told The Press.

Dinowitz points out that Norwood has been split between different Assembly districts since 1982.

“Norwood was first divided that year, when George’s future employer Oliver Koppell represented the area,” Dinowitz said. Koppell vacated his Assembly seat in 1993 to serve as state attorney general, triggering the 1994 special election Dinowitz ultimately won. Diaz later worked as a community liaison for Koppell during his two terms as a city councilman.

Dinowitz says he and Assemblywoman Nathalia Fernandez from the 80th Assembly District, serve the Norwood community just as diligently as they serve the rest of their districts. The community, he adds, might even benefit from having two different Assembly members.

“If he has better ideas on how the lines can be drawn, there’s going to be another redistricting coming up in a couple of years,” Dinowitz said. The next redistricting will take place in 2022, based on data from the 2020 census.

Thanks to a 2014 state constitutional amendment, the 2022 redistricting process will be conducted by a bipartisan commission, instead of by the majority party in control of each respective chamber, as has been done in the past.

Now, four nominees from each party will form the 10-member committee, along with two nominees not affiliated with either party. The commission’s drafts will be subject to an up/down vote, and must be rejected twice before legislators can make revisions.

Diaz says he participated in a rally for campaign finance reform outside Dinowitz’s district office in Kingsbridge last March organized by progressive organizations Empire State Indivisible and Northwest Bronx Indivisible. When Dinowitz emerged to meet the activists and assure them he supported their cause, he also questioned how many of them actually lived in his district. Diaz raised his hand only to be accused of not living in “81st proper.”

“He said, ‘Oh George, you’re not part of my district,’” rally organizer David Knapp said. Others there were angry. “Why was he picking on George?”

Diaz was still contemplating a run at the time of the rally. He believes Dinowitz got wind of his intentions and used the rally to belittle a potential rival.

“I live on the edge of the 81st Assembly District, so maybe he somehow thinks I’m not in 81st proper because I’m by the border,” Diaz said. “But he knows that I live there. And I think, quite frankly, he was doing that to mess with me.”

While Diaz serves on the steering committee for Northwest Bronx Indivisible, he does not have that group’s endorsement. Knapp, a co-founder of the chapter, said he was aware Diaz was considering a run, but found out about his campaign only after reading about it in The Press.

“Is it surprising to me that George Diaz wants to run? No,” Knapp said. “But we’re not endorsing any candidate … at this time.”

Diaz plans to make the argument that the Assemblyman is susceptible to powerful lobbies and serves the status quo. In his letter, Diaz even invoked Jeff Klein, the former state senator and head of the breakaway Independent Democratic Conference, and shamed Dinowitz for backing Klein in his 2018 primary against now-state Sen. Alessandra Biaggi.

Spectrum News NY1’s Zach Fink reported last week that at least one other candidate is interested in jumping in the race: Jessica Torres, a Democratic communications strategist.

Those looking to run in the primary will have to petition their way to the ballot, collecting at least 5 percent of the number of active enrolled voters in the district. Petitions would have to filed with the city’s elections board by sometime around March 2020.