For this self-taught artist, painting is personal 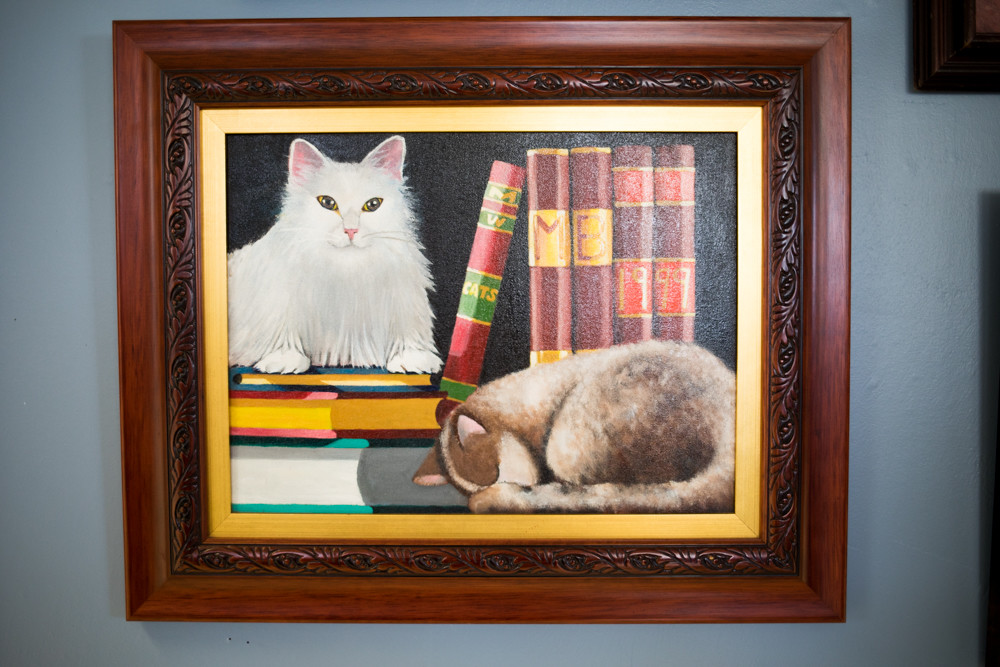 Lately, Myra Brent works on pet portraits, and uses photographs as inspiration. A new exhibition of her work, 'Paintings by Rembrent,' is on view at Riverdale Senior Services through Sept. 30.
JULIUS CONSTANTINE MOTAL 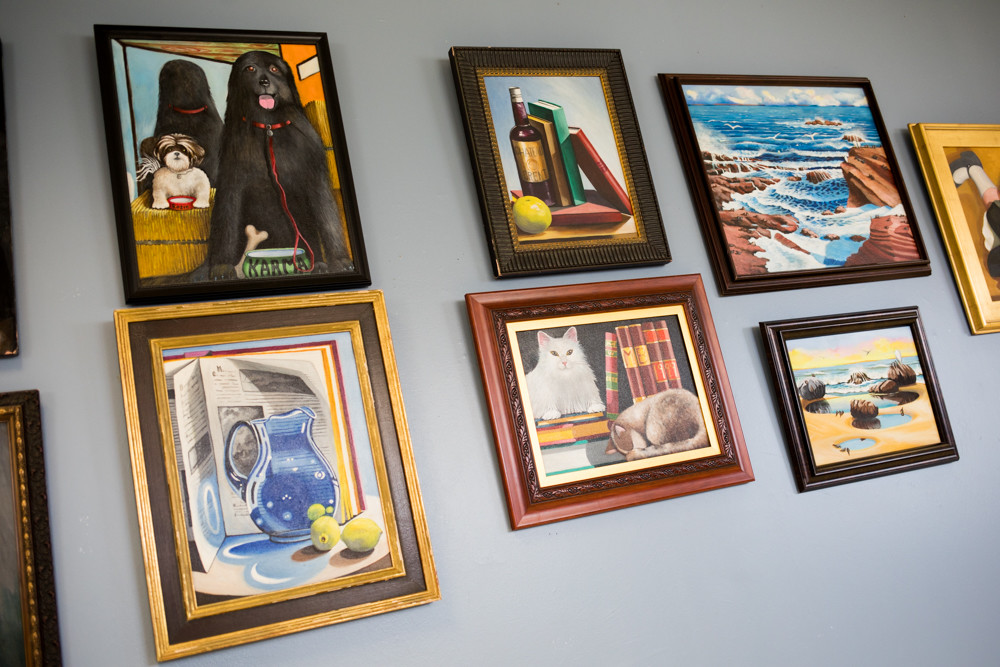 Myra Brent has a new exhibition of her work, 'Paintings by Rembrent,' at Riverdale Senior Services through Sept. 30. The exhibition is a career retrospective that goes back to Brent's earliest painting days when she was 13.
JULIUS CONSTANTINE MOTAL 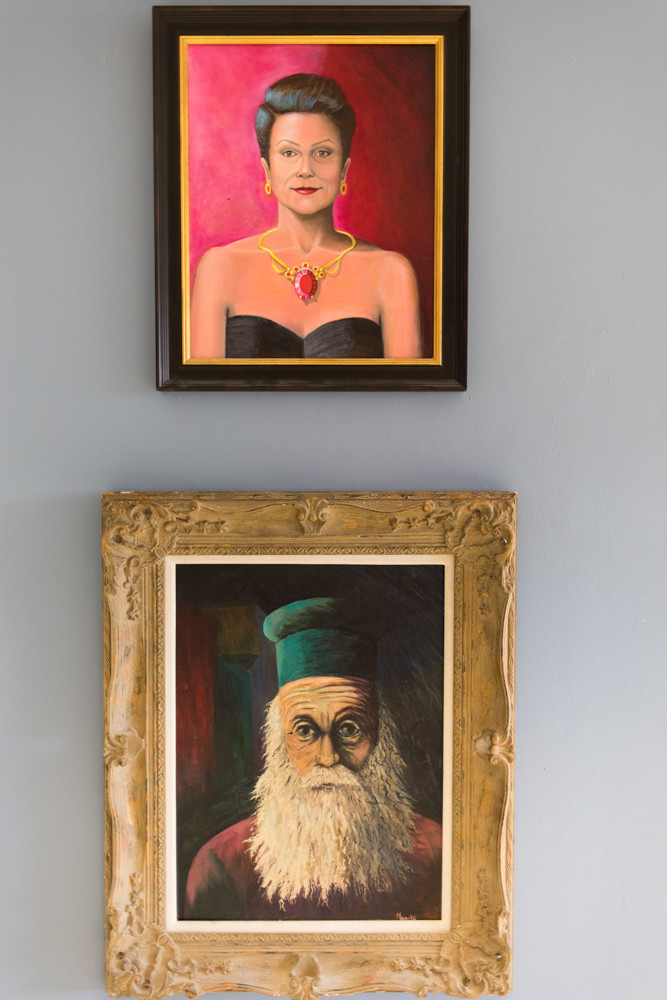 Every portrait Myra Brent paints begins as a self-portrait before becoming someone else.
JULIUS CONSTANTINE MOTAL 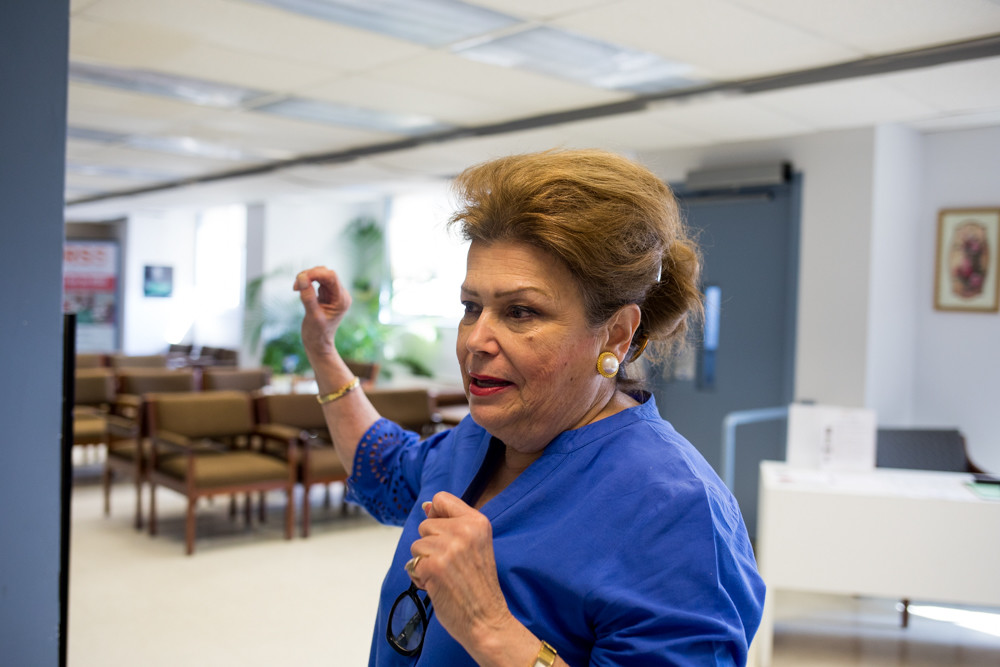 Myra Brent talks about her paintings at Riverdale Senior Services, where a new exhibition of her work is on view through Sept. 30.
JULIUS CONSTANTINE MOTAL 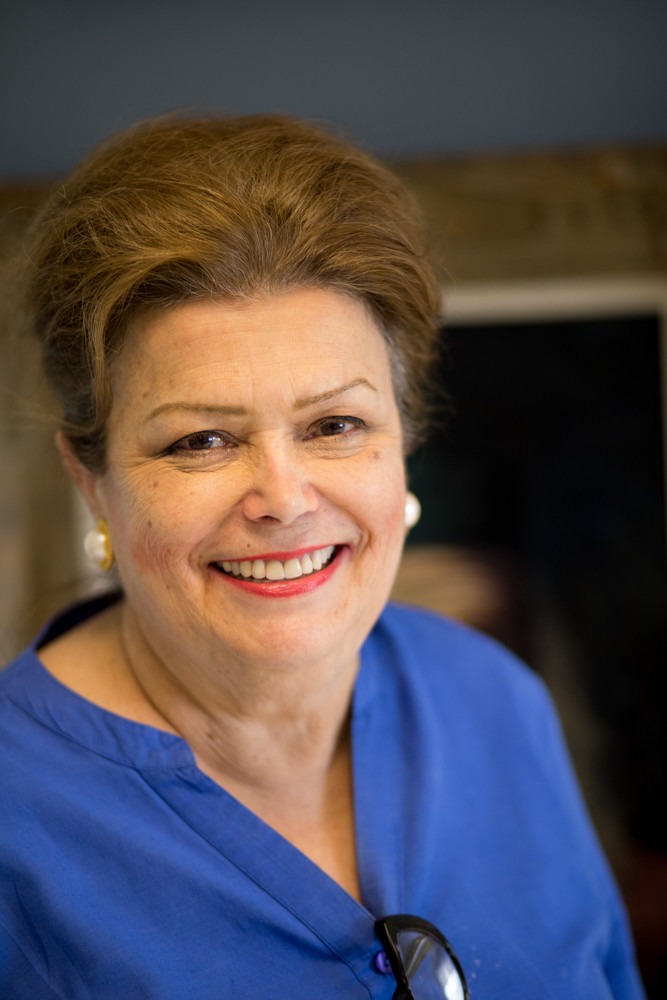 If Myra Brent could take a master class with any painter, it would be Vincent Van Gogh, whose lesser-known work she finds to be breathtaking.
JULIUS CONSTANTINE MOTAL
Previous Next
By TIFFANY MOUSTAKAS

When a doctor saved Myra Brent’s sight, she was compelled to express her gratitude. So she created a painting for him.

“‘Thank you’ just didn’t seem like enough, so I said, ‘I have something for you,’” Brent said.

The painting is of a little girl Brent used to teach at a school in the South Bronx, and it’s not the first time she’s used art to express appreciation for others. When someone has done something extraordinary for her, or she wants to celebrate a friend’s success, or even comfort someone going through something, Brent turns to her canvas to work.

Now, the painting of the little girl — which she has briefly borrowed from her eye doctor, along with a few other pieces she’s gifted her friends — is on display in her exhibit, “Paintings by Rembrent” at Riverdale Senior Services’ Vintage Artists Gallery through Sept. 30.

Brent’s display not only is a collection of “thank you” pieces, but a timeline of her work that begins from when she was 13. Art always has played a role in her life, Brent said, especially since six of her uncles are painters.

“I guess it’s genetically there,” she said.

With no formal education in art, aside from what she learned growing up, Brent is a self-taught artist who spent most of her life working jobs ranging from teaching to being Donald Trump’s director of catering at one of his hotels.

These days, Brent is a multi-hyphenated preschool director, opera singer and painter. She considers herself a “Sunday painter,” meaning that art isn’t a full-time career for her, but more of a passion project. Brent also doesn’t sell her paintings anymore because she doesn’t “like to part with them,” and because she feels they’re part of who she is.

When it comes to her painting process, her depictions of others typically start out as self-portraits that gradually change over time.

“Sometimes it’ll take me forever, and sometimes it’ll go very quickly depending upon my interest level, how well it’s going, and how much time I have,” Brent said.

One of the obstacles Brent faces as a self-taught painter is figuring out when and where to make adjustments to a piece.

“I’m on my own and so I make my own corrections,” she said. “That’s it why it takes me a long time to do a painting, because if it doesn’t look right, who am I going to ask?”

Brent also faces the fact she can’t stand to paint as long as she used to after being diagnosed with Parkinson’s disease five years ago.

Despite that, Brent looks on to more exciting aspects of her painting life, like seeing a clear timeline of her work thanks to this exhibit.

“I’m a little blown away by it,” she said. “It’s the first time I’ve seen everything together.”

It’s also a chance to see the upsides of being a self-taught painter.

“It allows me to express myself,” she said. “Some people never express themselves.”

Thanks to the positive reception of her work as well as her continuing commitment to work no matter what, Brent’s love for painting isn’t going anywhere.

“I’ll paint until the day I die,” she said. “They’ll put me in a coffin with a little paint brush and canvas.”