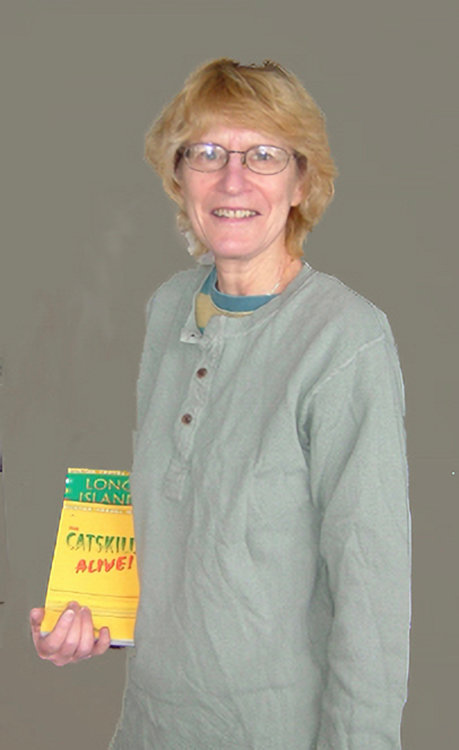 Francine Silverman, a former Riverdale Press reporter, travel writer and author, passed away on Dec. 5, 2022. She was 79.

She was a prolific writer, book marketer, talk radio host for authors, and a former sales person and reporter for The Press. Her passion for the written word and advocacy of writers will live on forever.

According to a biography published on Morgen Bailey’s blog, her first published article was in a judo publication. She and her husband belonged to a YMCA gym that had a track above the gym, and they would watch their nephew’s judo class below.

She got the idea to write about the judo instructor while jogging around the perimeter. She recalled calling a writer she knew — the father of her daughter’s friend at school — and asking his take on the piece.

He said it was full of clichés. She was all but devastated.

She never had any parental support on her writing and only discovered she had talent when a teacher at Bronx Community College gave her an A on a piece she penned. She honed her writing skills as a newspaper reporter.

She is a New York City girl, born and bred. As a child she loved writing letters and “poems” to friends and kept a diary. Ironically, her first published piece was at 12 or 13 in the New York Post to columnist Dr. Rose Franzblau, complaining about her father’s failings.

She got her start as a newspaper reporter at The Press. She never liked it there in sales, and one day interviewed a local doctor. She wrote the article and nervously asked the editor if she would publish it.

She did, and from then on she contributed articles. She remembers when she left the weekly, the staff said goodbye without fanfare. They were used to reporters and photographers leaving for greener pastures.

She went on to freelance for a daily newspaper, doing feature articles. She was eventually hired by the daily, and part of her responsibility was to go out and interview the man on the street about local issues — and take their pictures.

During the time at the weekly and afterward, she took myriad writing courses. A funny thing happened at one of them. She told the instructor where she would be working and he pooh-poohed the weekly. He must have assumed it was a rag. (The Press’s editor, Bernard Stein, later won a Pulitzer Prize)

She later went on to become a travel guidebook writer and author of “Catskills Alive” and “Long Island Alive.” Both are published by Hunter Publishing, and each is more than 500 pages long.

Her funeral was held Dec. 7 at the Sharon Gardens Chapel in Valhalla.