Johnson on track to swap DA office for justice’s robes 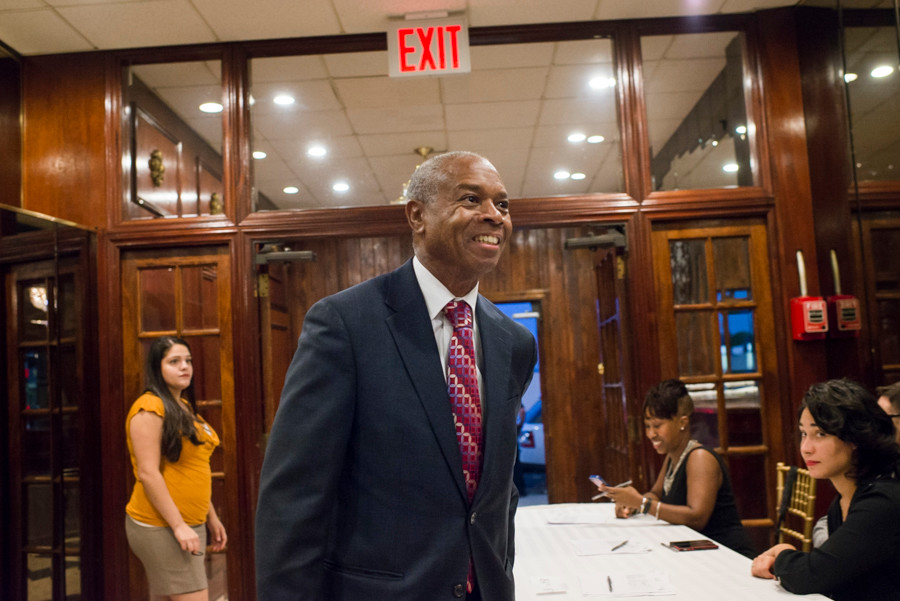 The timing of the transition from one DA to another has drawn strong backlash from good government groups and other critics. After winning an uncontested primary to be reelected as DA earlier this month, Mr. Johnson on Sept. 18 announced he in fact plans to step down from the office. That left it to Democratic Party officials to nominate his replacement, effectively leaving voters out of the process.

“There are people who question why I’m doing this and I want it to be clear. What I’m doing is honest, what I’m doing is because I want it, because I’ve reflected within myself and felt that it was a time for a change of pace,” he said. “The thing that the critics have missed is something I’ve told so many people who sat down and resigned from my office or wanted to resign. Number one, do what’s best for you. And number two, don’t resign from a job without a job.”

Mr. Johnson received a warm reception at the convention, with some delegates standing up to applaud during his speech.

While suspicion abounds that BDCC’s chairman, Assemblyman Marcos Crespo, and Assembly Speaker Carl Heastie colluded with Mr. Johnson so the committee could name the next DA without a meaningful vote, Bronx officials have denied the rumors.