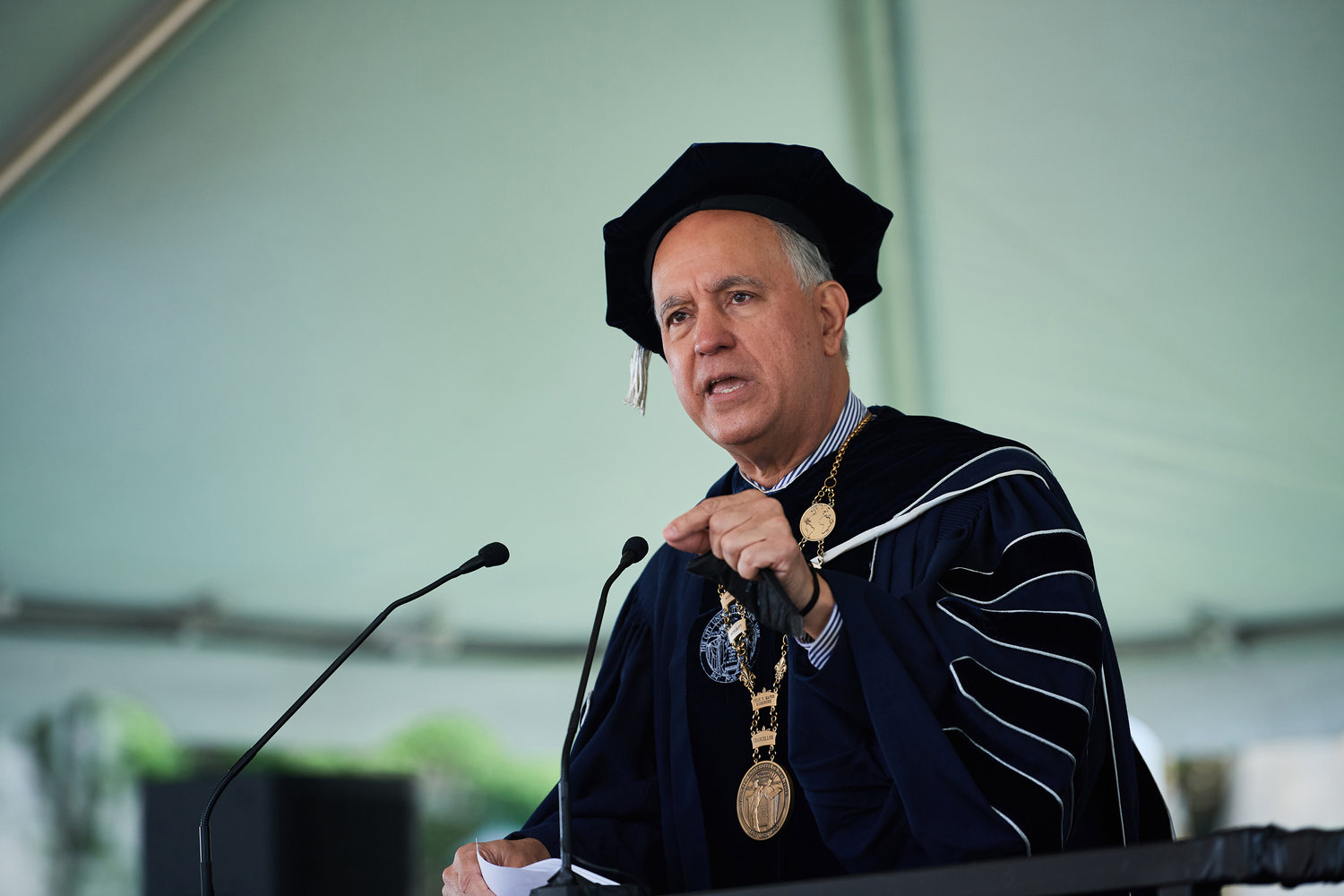 For full-time students: In order to be eligible for the state Tuition Assistance Program, a student must be matriculated, must have a declared major by the second year that is approved by the school, a community college student pursuing and have 31 college credits.

For part-time students: The requirements are similar, but the income level has yet to be announced. To allow partial TAP payments students need to take between 6 and 11 credits. They also must earn 12 credits or more per semester for two consecutive semesters.

Students at one of the three greater Riverdale colleges will benefit the most from Gov. Kathy Hochul’s expansion of the popular New York State Tuition Assistance Program for part-time students.

CUNY Lehman College, with 6,426 part-time students in 2020, or 43.6 percent of total enrollment, has the highest number. Manhattan College has only 257, 6 percent, and Mount Saint Vincent 271, or 10 percent.  So, with the expansion of TAP, more of Lehman students will benefit.

“It’s going to create additional aid opportunities that simply didn’t exist for them because they could not go to school part-time,” said Richard Finger, a faculty member at Lehman College for the past 13 years and interim vice president of enrollment management since April.

According to Hochul, the expansion will cost $150 million help an additional 75,000 students starting this fall.

As a result, more than 190,000 New York residents from CUNY and SUNY will attend college tuition-free, she said.

In January, Hochul proposed a $2.1 billion increase in funds for the state’s public schools in the next fiscal year for a total of $31.3 billion. New York City would receive $12.3 billion of that.

Since the 2007-08 academic year, TAP program has been offered at SUNY, CUNY and private institutions in New York for full-time students who took at least 12 credits.

Besides college credits, students were expected to have an academic standing of a “C” —averaged as a 2.0 grade-point-average— or greater for one year and be matriculated in a program.

Students also needed proof of a low-income household after filing for the Free Application for Federal Students Aid — FAFSA.

“I think the general feeling has always been that we want our students to complete their degree in four or five years, and people realize that for many students, it’s just not possible,” Finger said.

The Hechinger Report, a national non-profit education newsroom, claims colleges slowly moved to the point that six years is an accomplishment to complete an  undergraduate degree.

“That’s like judging the performance of an airline by the percentage of its flights that take up to twice as long as scheduled to reach their destinations,” said Jon Marcus, Hechinger reporter.

But the federal and state aid aims to help students graduate as quickly as possible.

The idea of college is to help students evolve. If students cannot pay for that evolution, then they face the prospect of giving up college due to lack of funds.

“The college (Lehman College) has historically had a large adult population and a lot of those adult learners are either heads of household or working full-time to contribute to the household,” Finger said. “For many of them going to school part time gives them the flexibility that they need.”

The old financial aid policy put most part-time students at a disadvantage because they were struggling to balance personal and educational responsibilities.

For a New York resident at Lehman College, part-time students are required to pay $305 per-credit while non-residents pay the same as a full-time student starting at $620 per credit.

The neighboring private schools in the northwest Bronx qualify for TAP as well.

But their tuition is even higher. Manhattan College charges $1,300 per credit and Mount Saint Vincent $1,095 per credit.

However, the part-timers didn’t draw the short end of the stick when it came to higher education. They qualified for federal financial aid. But now, Hochul says the state can bring free tuition for every part time student.